casa clara is a brazilian residence designed for a couple, their child and two cats. delicately supported on a raised platform against the downhill terrain; the low rise, single-storey dwelling features a clear layout (‘clara’ translates to ‘clear’ from portuguese) and is spread across a longitudinal floorplan. 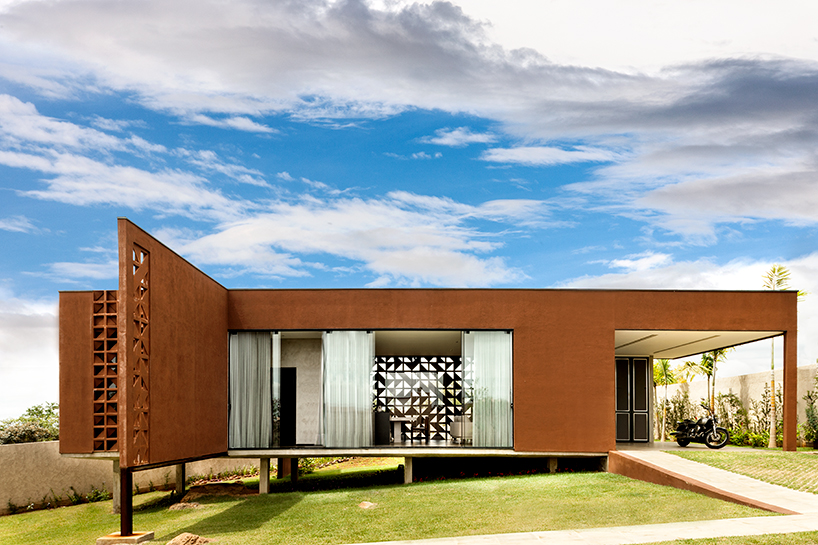 the tropical climate influenced 1:1 arquitetura:design’s response in creating a naturally cross-ventilated dwelling by the different façades. some walls have been left solid, some perforated and others are completely open to the garden. most distinctively are the ‘cobogo’ walls, these earth-toned concrete blocks have been punctuated with openings to create the folding pattern seen throughout. this technique shades direct sunlight and retains the privacy of the residents, and as sunlight shines through the hollowed elements, a play of light and shadow is produced. 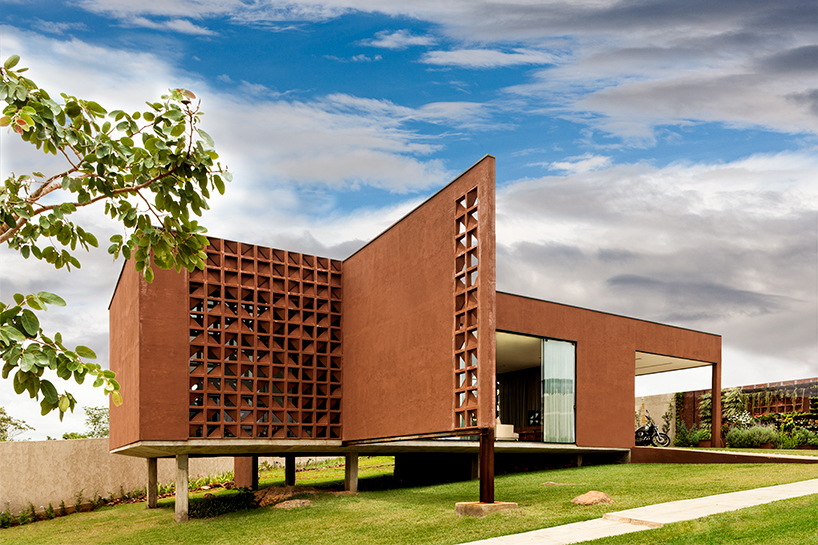 the interior design features heavy brazilian influences and is decorated with contemporary furniture from local and high-end designers. chairs by sergio rodrigues, zanine caldas have designed the armchairs, while the bench is by leo romano. altogether, the earthy, warm palette of colors and materials instill a 70’s character that in the end facilitates to young family residing inside casa clara. 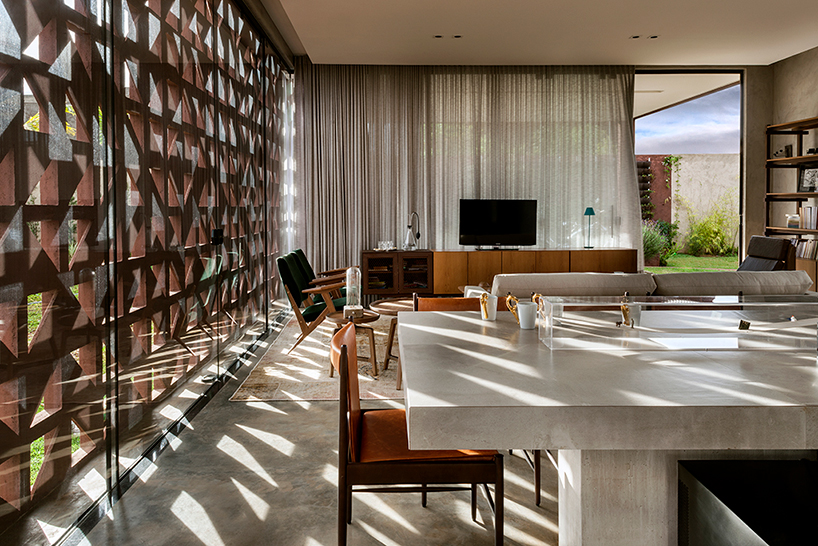 the rear is features a double façade: one of cobogo and the other in glass 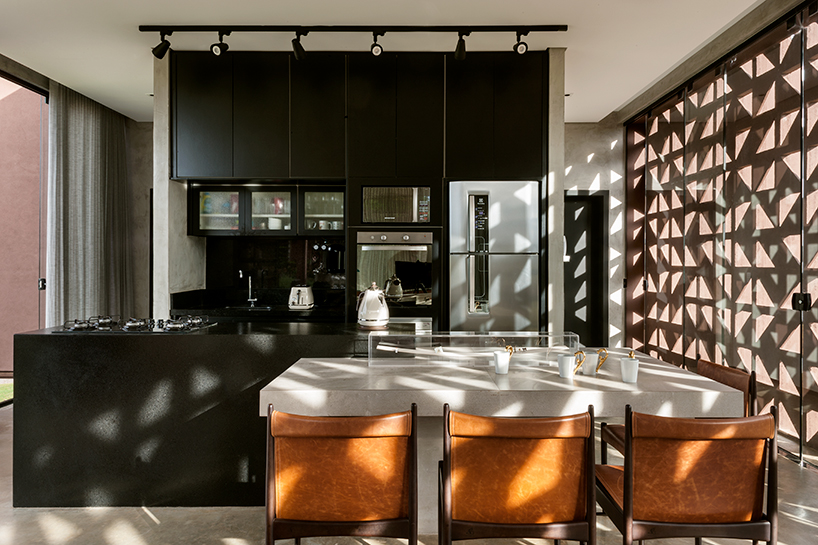 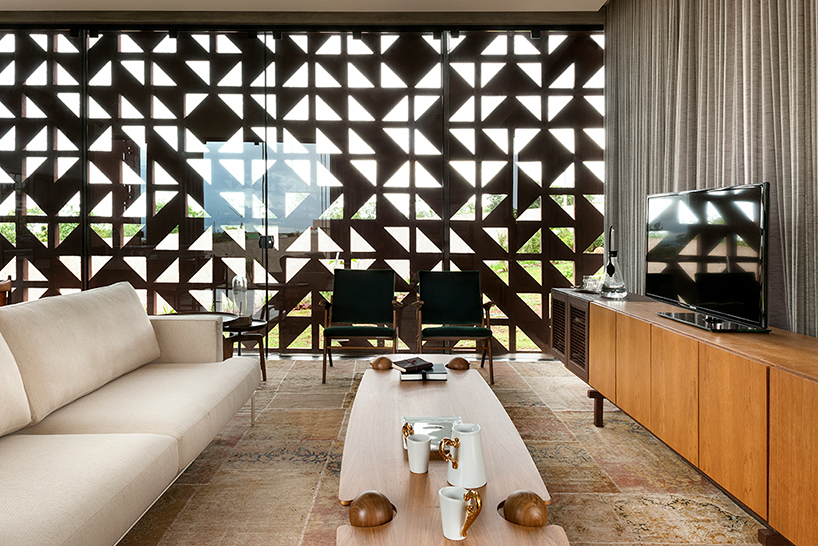 the home is occupied by a couple, their two children and pets 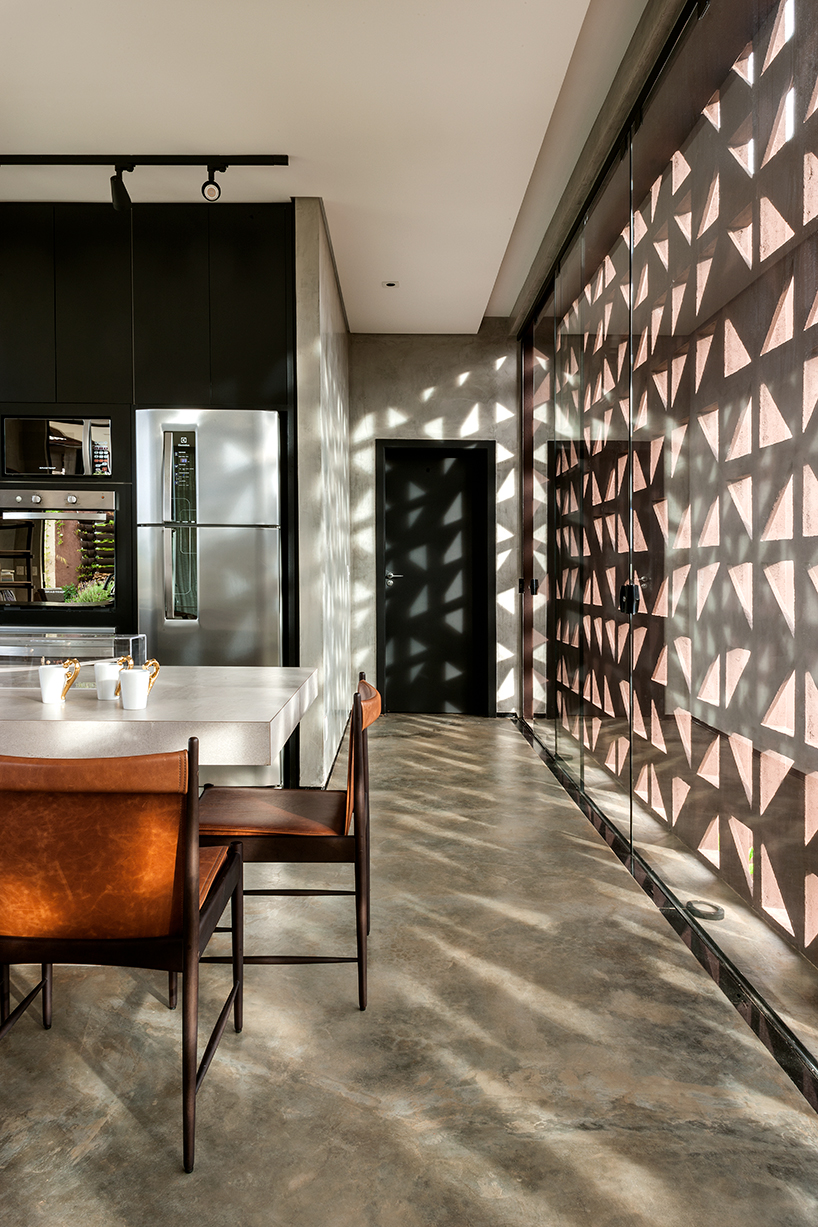 a play of light and shadow can be seen throughout 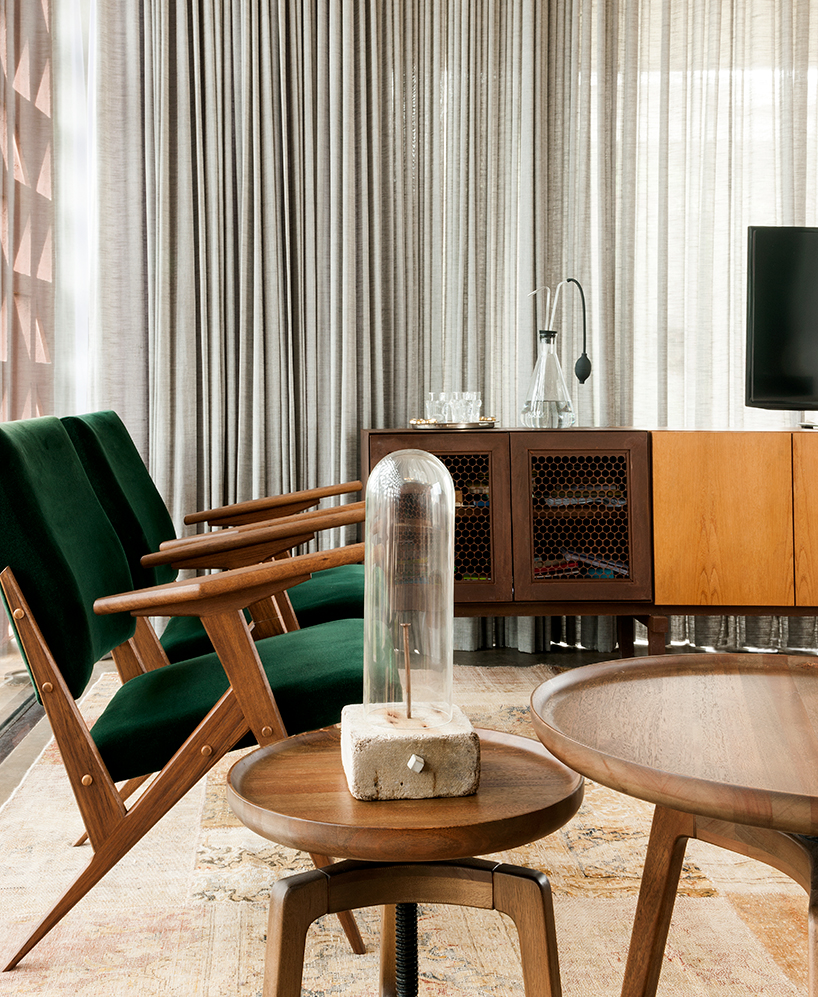 brazilian designs have been used to furnish the interior 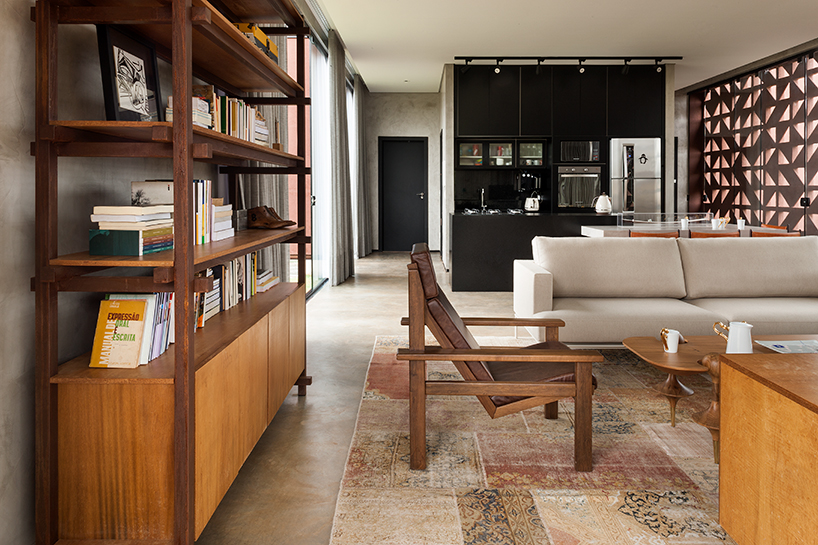 some facades have been left entirely solids, some opened in glass and some others mix between the two 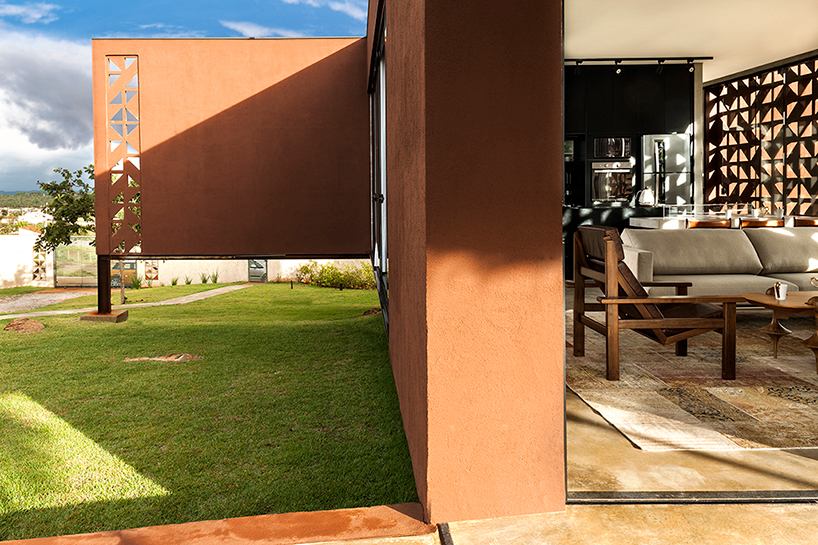 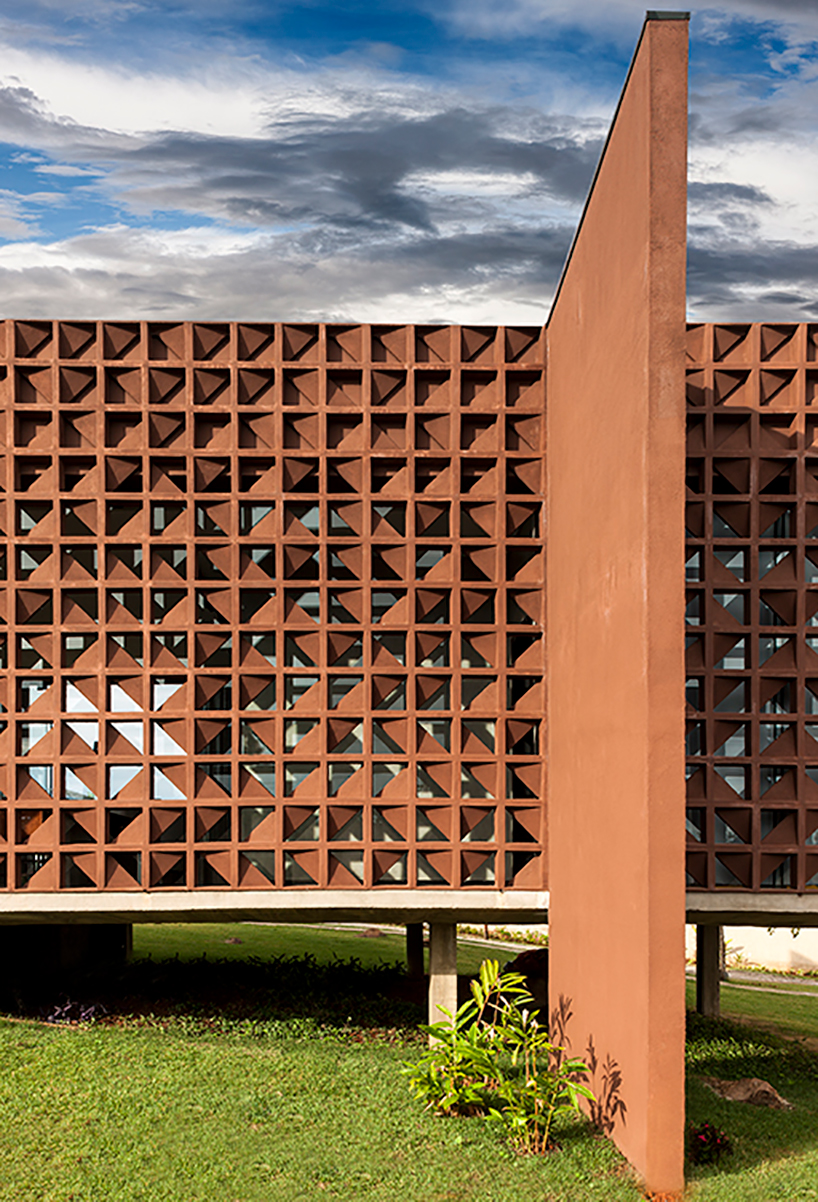 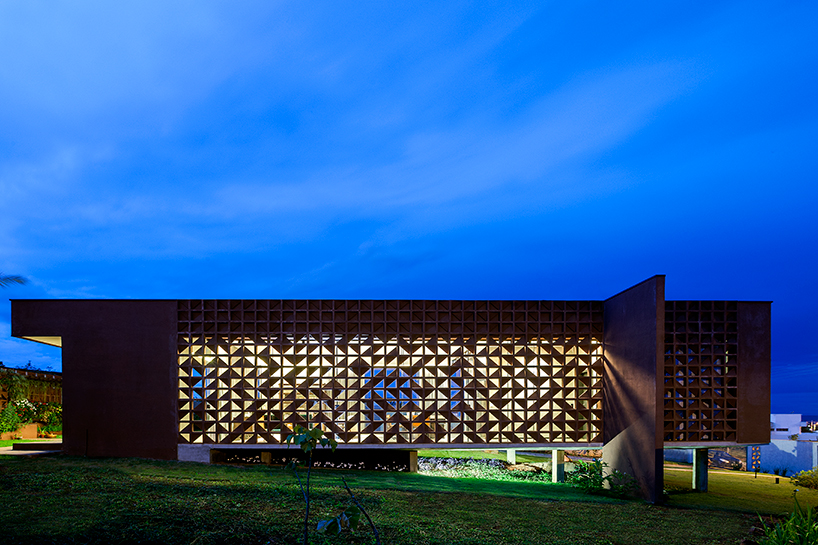