the biennale logo developed by WX-design, graphically interprets the theme by stringing two sentences together in the form of a mobius strip

the curatorial proposal for the 2011 edition of the shenzhen & hong kong bi-city biennale of urbanism \ architecture has been announced by terence riley, this year’s chief curator. mr. riley is the former director of miami art museum and the philip johnson chief curator of architecture and design at the museum of modern art, new york where he played a key role in overseeing moma’s 2004 expansion project. he is also an architect and the first non-chinese individual that the biennale has invited for the role.

‘architecture creates cities, cities create architect’ is the theme for 2011, with hopes of portraying the endless interaction between architecture and cities, provoking an in-depth discussion on sustainability and urban vitality. it will look into chinese and shenzhen’s examples in comparison with the ‘global experience’. mr. riley’s curatorial proposal outlines more than ten exhibitions that will be featured during the biennale. he has nominated a number of international scholars, architects and artists as the members of his team including: rochelle steiner (dean & professor, roski school of fine arts, university of southern california), jeffery johnson (director of china lab, columbia university), dr. tang keyang (curator of china pavilion, 12th venice architectural biennale), jonathan solomon (acting head of the department of architecture, hong kong university), and dr. mary ann o’donnell (research associate, college of arts, shenzhen university), to name a few. he also regularly consults with experts from world-renowned universities and research institutes.

‘the curatorial proposal for 2011 biennale is consistent with the previous three editions, but more international, contemporary and profound. this year’s biennale will continue to lead discussions on the essence of ‘urbanism \ architecture’ and to enquire the motif‘, said feng yueqiang, an architect from the biennale academic committee. 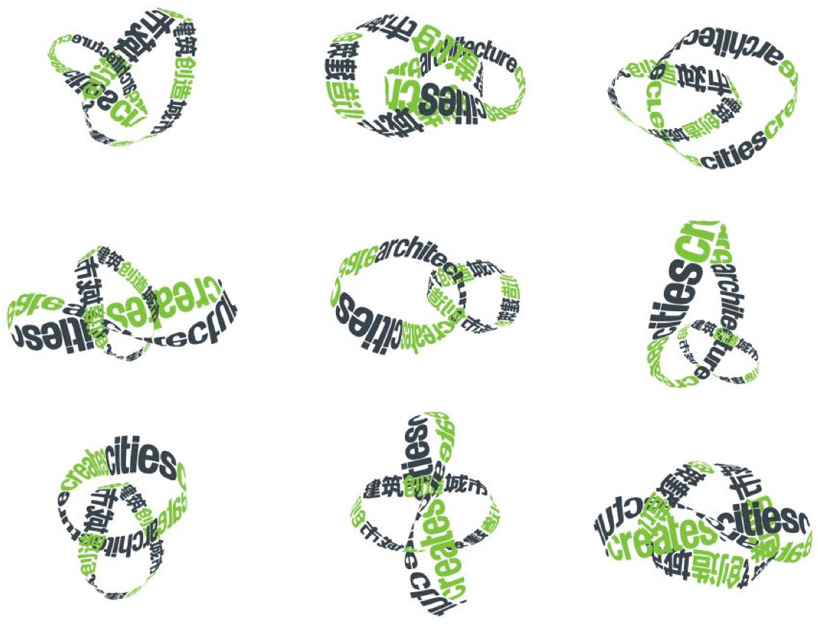 variations of the biennale’s logo which features two sentences intertwined

the featured exhibitions in the 2011 proposal include the aim of a ‘global experience’. for example, ‘cities < 60’ is a research project that retrospectively investigates the successes and failures of six new cities, including shenzhen, china; las vegas, usa; almere, the netherlands, gaborone, botswana; brasilia, brazil; and chandigarh, india. the exhibition will offer new videography tracing their ongoing evolution from master plans to actual cities. additional programs such as ‘8 urban plans for china, 8 regional plans for china, urban china timeline’ and shenzhen timeline are set to provide in-depth studies on urbanization at the regional and city level in china. furthermore, shenzhen builds will exhibit 5 major urban projects designed by leading architects from china and abroad currently or soon to be under construction within the city. it will reveal their design processes and the projects’ impact on the surrounding environment, architecture and urban development. counterpart cities will select 6 groups from shenzhen and hong kong respectively, to interrogate their common ecological and environmental issues and propose solutions. the biennale will set a stage for young architects, artists and designers to participate. the ‘street’ will invite an international roster of 12 architects in their 30’s and 40’s to design 12 facades in their own architectural language, as well as an installation of their work. together, the twelve facades will create a ‘street’, literally reflecting the theme of the shenzhen biennale. the exhibition ‘in my perfect world…’ will encourage architects to self-nominate visionary projects that fundamentally challenge our preconceptions about cities and about architecture. an online submission process will offer an opportunity for young architects, artists and designers to showcase their work at the shenzhen biennale.

this year, the event will further explore the potential of the civic square which was addressed in the 2009 edition, continuing its reconnection with urban life and activities through experimental interventions. new york architects john bennett and gustavo bonevardi will reactivate the space through a series of installations. another project – ‘ultralight village’ – will consist of six structures to be designed by leading contemporary architects from around the world and erected along the axis that connects the main plaza and the lianhua mountain park to the north, passing through the government centre. these projects will bring a different scale to the biennale and help invigorate the area both during the day and at night. the 2011 biennale will also exhibit an award-wining project from the venice biennale of architecture. ‘reclaim’- the bahrain pavilion, which was awarded best national participation will be featured. this exhibit consists of three fishing platforms – the informal waterfront structures that used to line the sea and served as lively social spaces before the real estate boom of recent decades reconfigured the city’s waterfront. it echoes shenzhen’s experience being developed from a small fishing village to an international modern city. in an effort to not only internationalize the shenzhen biennale, but to also expand the number of voices heard, various nations and/or prominent national institutes were invited to participate. at this time, representations from austria, chile, egypt, finland, the netherlands, and switzerland are in various stages of planning. the idea of ‘international pavilions’ was initiatively proposed by mr. antonius lambertus maria van zeeland, the consulate-general of the netherlands consulate in guangzhou.

shenzhen, as a city just celebrated its 30 years anniversary, and will begin to plan its future for the next 30 years. rather than ‘shenzhen speed’, ‘shenzhen quality’ will take the lead in urban developments. the 2011 shenzhen & hong kong bi-city biennale of urbanism\architecture stands at this very historical moment of turning a new page. in addition to the promotion of an international and professional event, there will be an ‘exhibition of universiade stories’ that showcases the newly constructed stadiums, and investigates the impact that the large public event has on the city of shenzhen. this will reinforce the city municipal government’s ambition to transform shenzhen into a world-class international city.

about the biennale the shenzhen & hong kong bi-city biennale of urbanism \ architecture began in 2005 as a response to the fast progress of urbanization and architectural activities in china, particularly shenzhen and hong kong. the biennale is the first to focus on urbanism as an ongoing theme to explore issues of the city as an active agent in contemporary culture.

the shenzhen & hong kong bi-city biennale is the only architecture biennale that broadens its focus beyond the realm of architecture to consider urbanism and various aspects of growing cities as significant factors for international progress. shenzhen (a city that was developed as the first special economic zone for the people’s republic of china in 1980) and hong kong are seen as international crossroads and serve as an ideal location for the focus on the dynamics between cities and architecture. 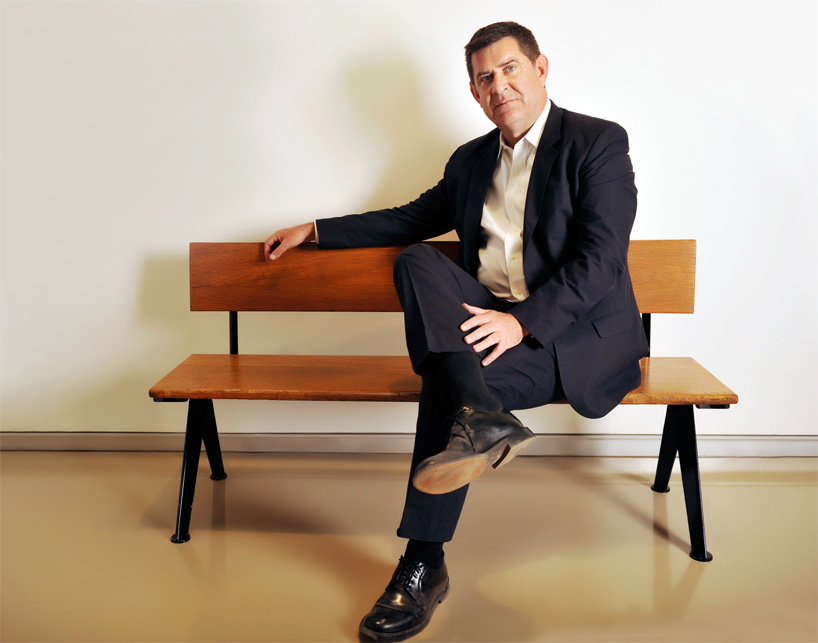 terence riley is a founding partner of k/r (keenen/ riley), an architecture studio known for its design for art museums and galleries, including the master planning of the 100 acre-site of the museum of art, design and the environment (murcia, spain) and a complex of four new museums in hangzhou, china.  most recently, riley was the director of the miami art museum where he led the institution through the design phase of a major expansion; an innovative waterfront design by herzog & de meuron.  before, he was the philip johnson chief curator of architecture and design at the museum of modern art, new york.  there he organized exhibitions of well-known figures including rem koolhaas and bernard tschumi, and scholarly retrospectives on ludwig mies van der rohe and frank lloyd wright.