‘cut back hills’ by 24 degrees studio

the project was based around two sources.  first: the driftwood that follows along the natural flow of the river paths and second: the maneuvering techniques that surfers utilize when riding on the wave, including cutback, snap, and floaters.  recombining and implementing these natural and dynamic movements to the proposal is believed to enhance the experience for all visitors.

the primary function of the proposal is to provide a safe access from the special events parking area at old pacific highway 101 to the trestles.  the proposed bridge is created out of fsc certified hardwood and timbers for its supporting structures.  technically, to provide a minimized impact to the wetland, the main circulation spine follows the existing hard pack path, only elevated so its structures are all anchored to the hard path below. the new circulation curls around the bluff anchoring its structure to its non-wetland surfaces.  when gradually approaching over the active railroad track the circulation cuts back its direction, turning from east to west.  the circulation eventually descends to the trestles providing multiple accesses, either by accessing one of the two provided stairs or ending its path down the circulation ramp. 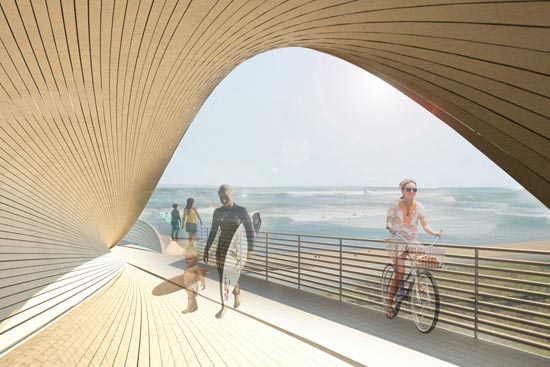 by providing longer traveling distance than the existing hard pack circulation, this implementation allows for visitors to opportunistically engage and contemplate the natural environment the trestles have to offer from multiple vantage points.  longer distance also allows a comfortable slope percentage in compliance with accessibility standards. 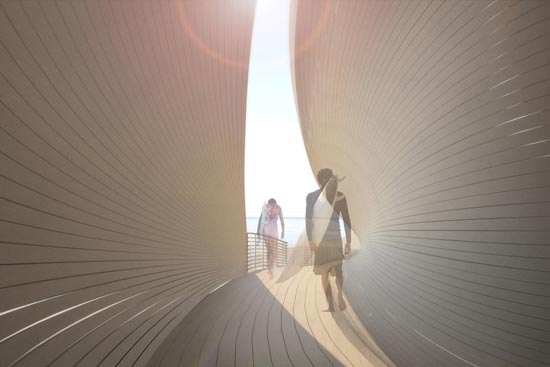 walking down the path

as visitors continue to descend, the circulation curls around the bluff, opening up to vast view of the entire trestles.  visitors can either continue their circulation down to the beach or ascend up the bleachers hill, leading to the second observation deck at the crest of the site nearby the lifeguard tower.  here, the visitors can experience and contemplate the enhanced panoramic view of the overall trestles.

continuing its descendence, the open-air circulation deck transforms into a tunnel-like form, acting as a sound barrier to the bypassing trains.  cut back tunnel is located right above the train track.  along the final stretch, visitors are provided with two direct stairways to beach and a third observation deck facing north, where they can have a closer contact to the wetland ecosystem.  the fourth observation deck nearby the exit of the ramp provides casual benches and bike racks for the convenience of visiting surfers. 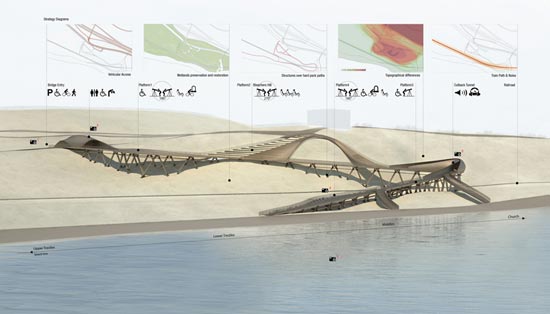 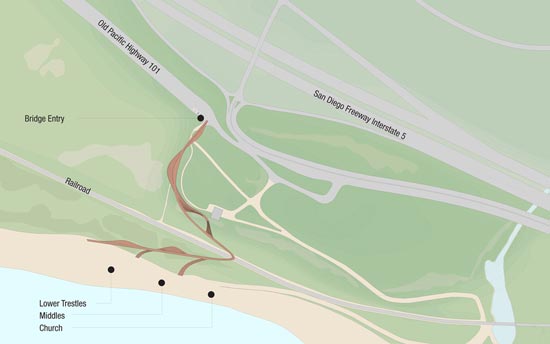 sections of the site plan 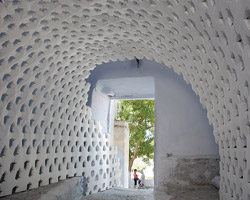 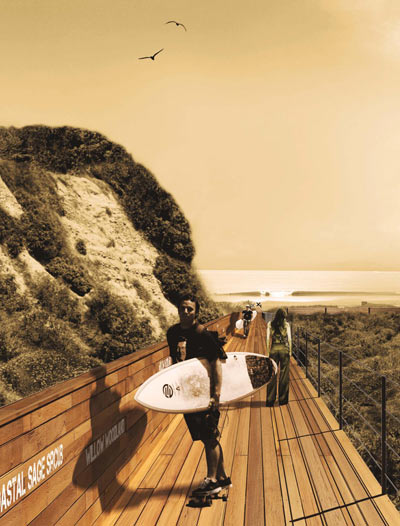 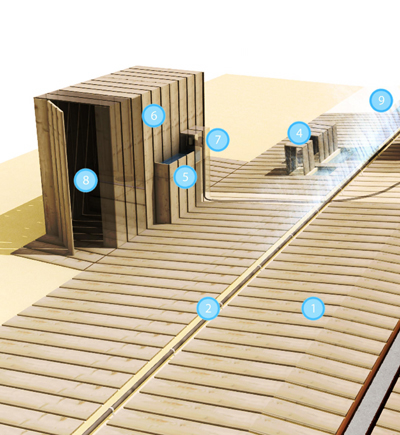 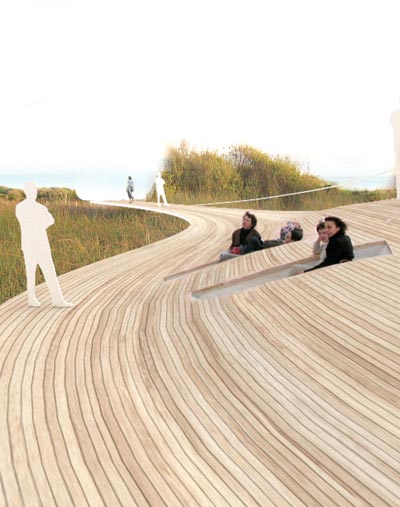