’27: a journey through contemporary architecture in europe’ all images courtesy LAN architecture

staying true to their investigative nature, paris-based practice LAN architecture (umberto napolitano, benoit jallon) has undertaken an ambitious new project that will take them all over europe to chronicle the current status and the future trajectory of architecture in the diverse arena. produced in collaboration with FATCAT films (pierre zandrowicz) and french graphic designers undo-redo (nicola aguzzi, teresa gaspurutti), ‘27: a journey through contemporary architecture in europe‘ is a snapshot of the collective region, illustrating the directions and ideas of those who are shaping the built environment of tomorrow. 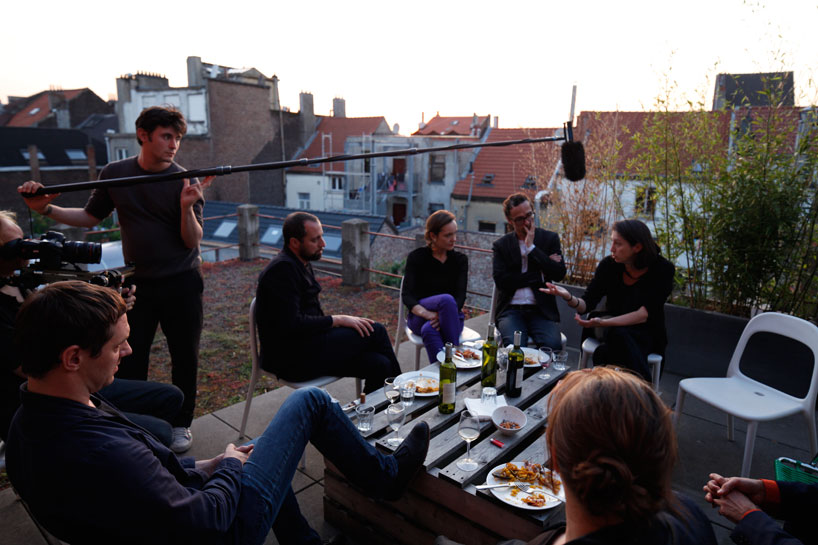 the team visits the EU’s 27 member nations to directly uncover and gather their material, engaging in an open dialogue with young and internationally recognized practices of each country. names such as bjarke ingels (denmark), julien de smedt (belgium), and tham & videgard arkitekter (sweden) sit down with the ’27’ team to discuss the ever-transforming relationship between architecture and the world, the civic functions and duties of the field, and the challenges that face it. conducted in a casual atmosphere – over dinner, on a walking tour around the city – the interactions offer a candid and relevant illustration of contemporary european architecture. 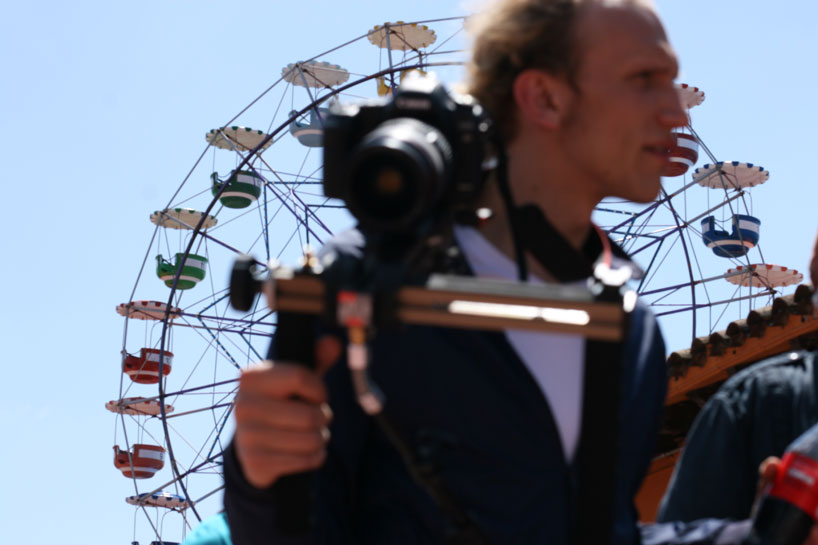 designboom brings you an exclusive reading of ’27’ as we follow the team on their journey, reporting their findings in monthly installments through a variety of mediums including images, videos and text. launched today is the project’s website where further materials – fresh photographs of key architectural objects in their context, short clips of each country, behind-the-scenes images – can be found.

expected to wrap up at the end of 2012, the project will be assembled for a wide variety of audiences including a documentary series for TV, feature-length film, and a book.

27 The Project – Teaser from FatCat Films on Vimeo 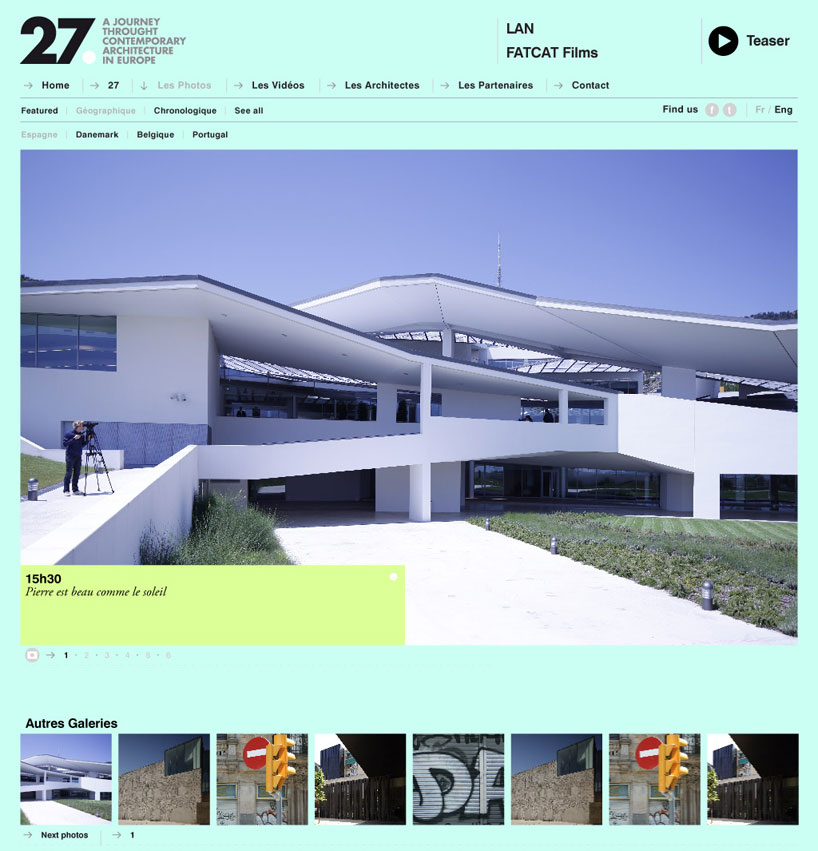 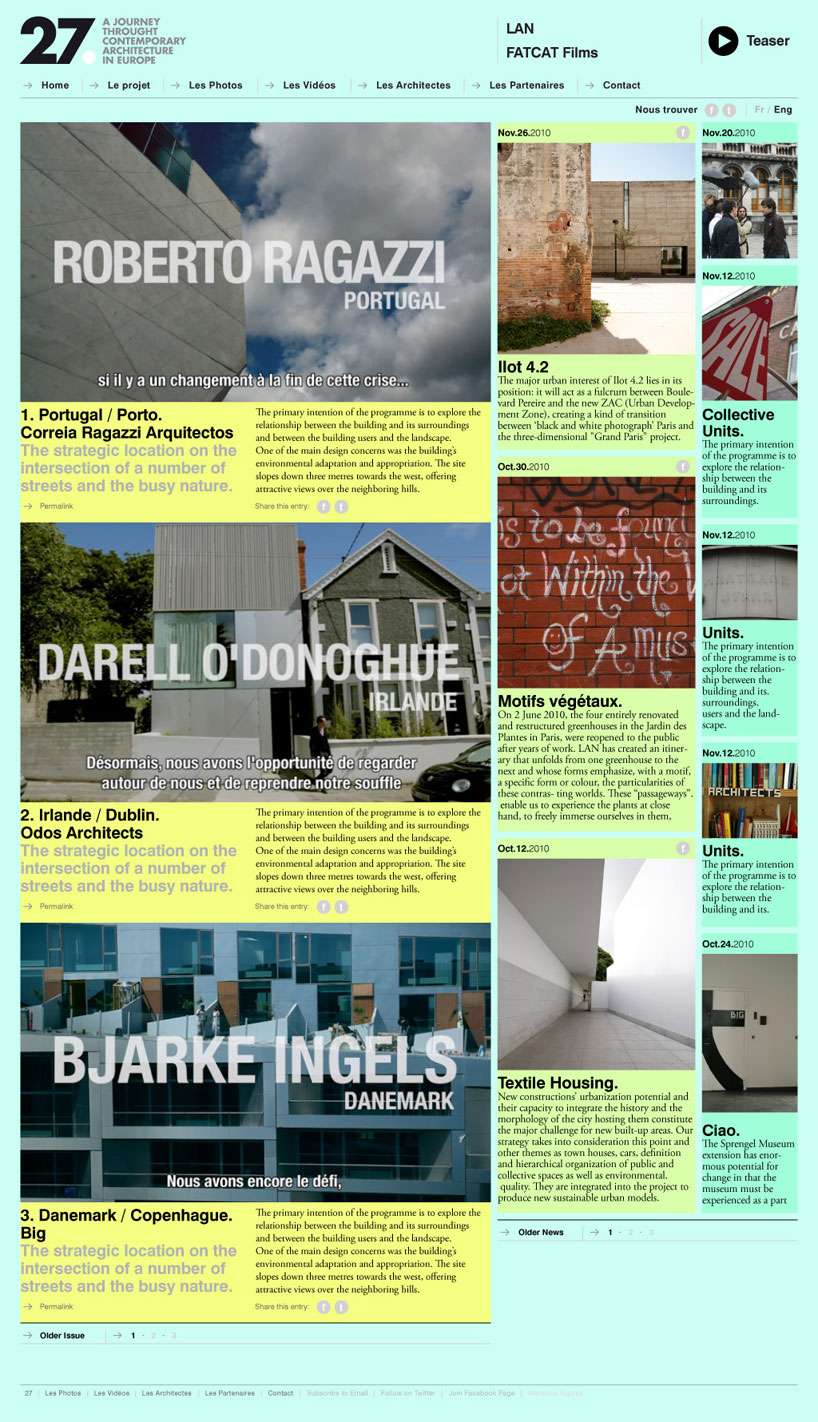 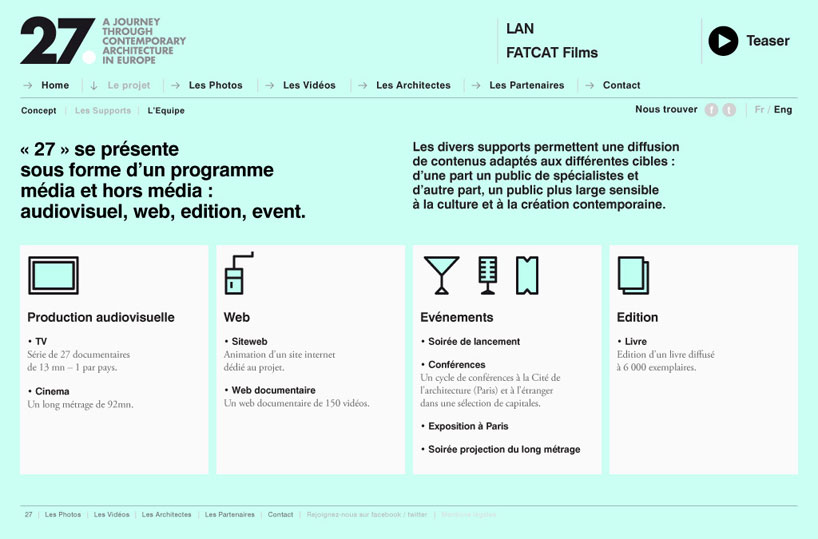 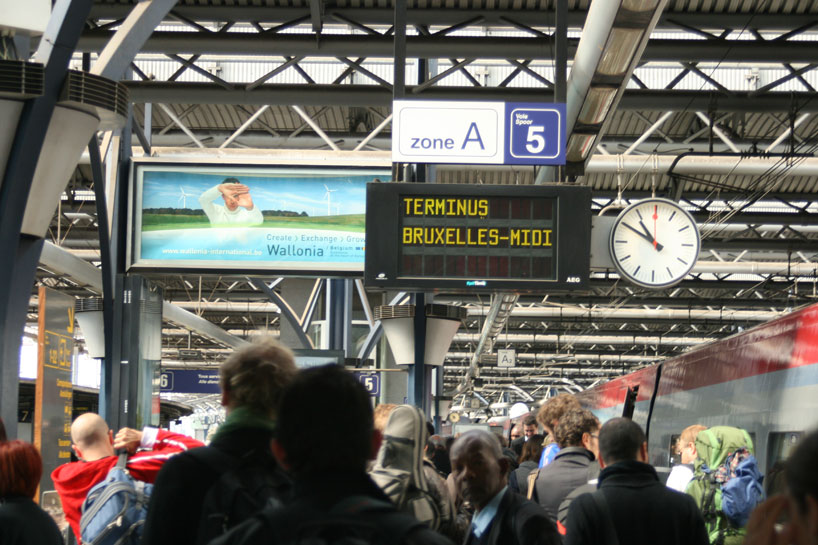 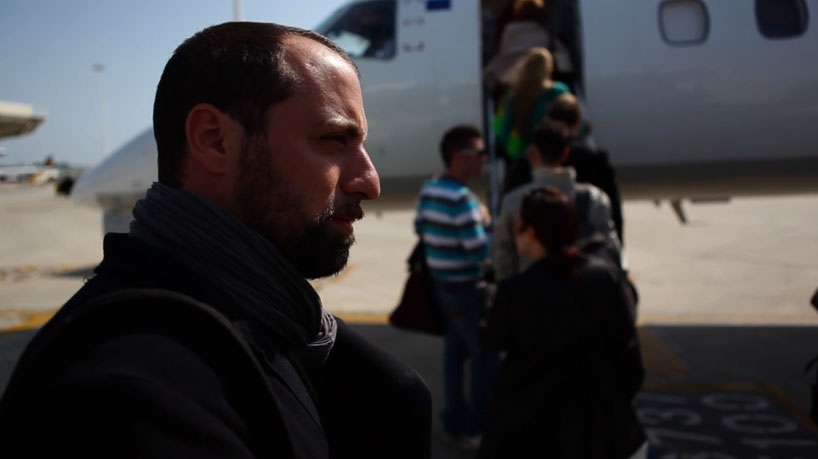 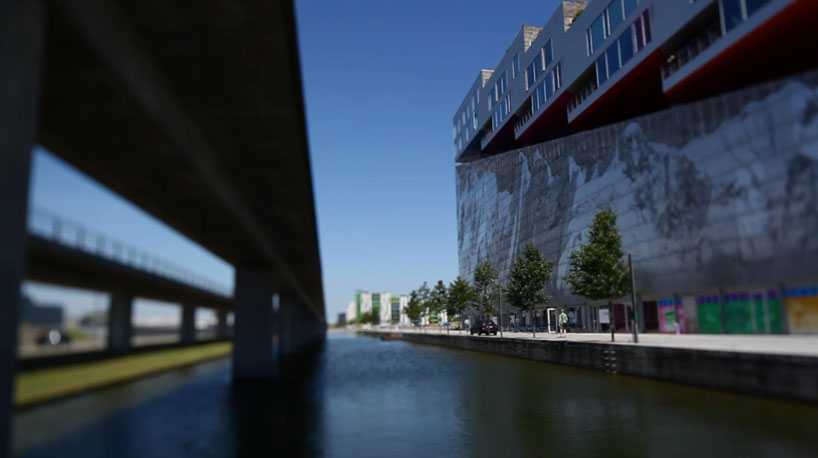 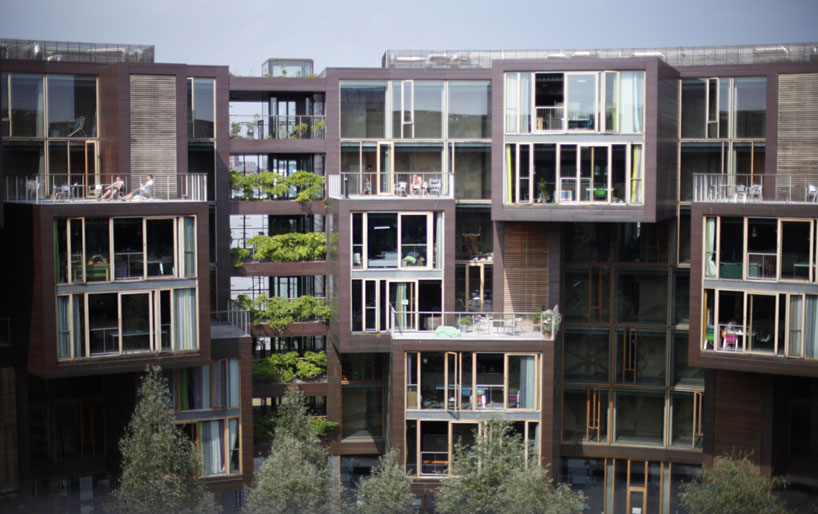 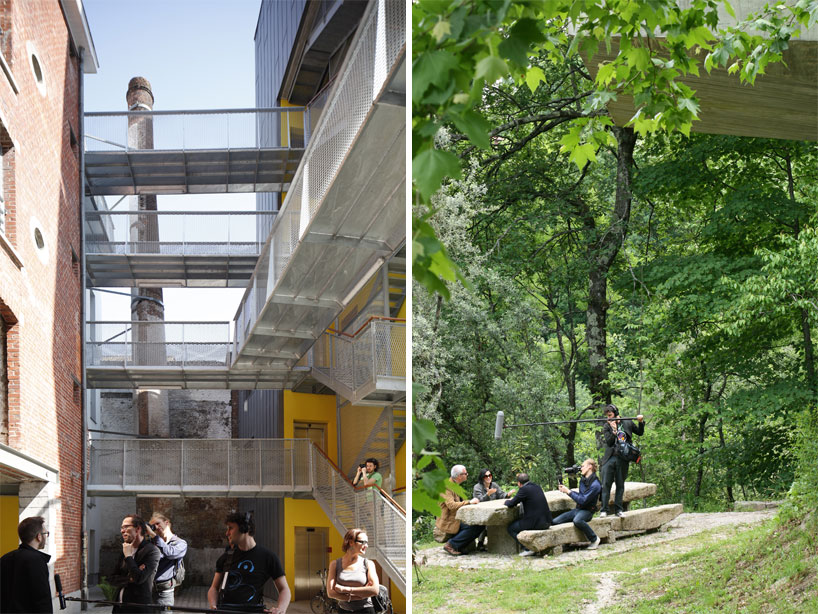 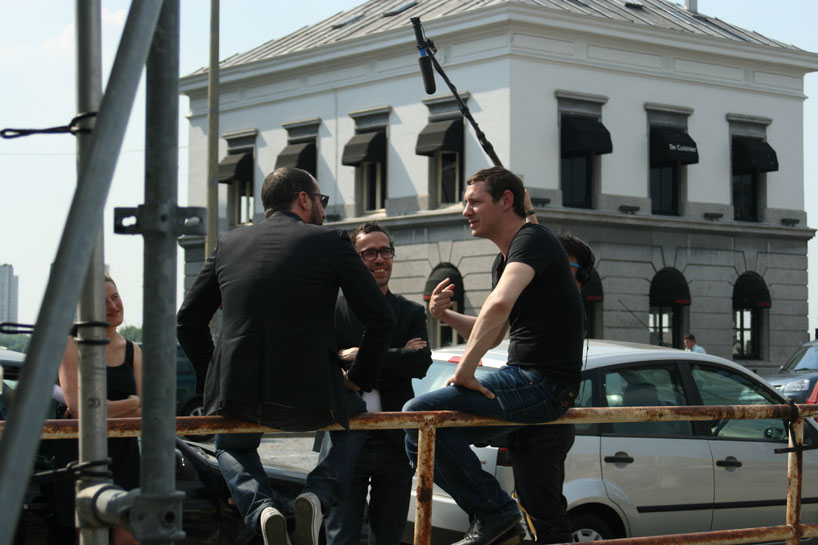 in conversation with julien de smedt 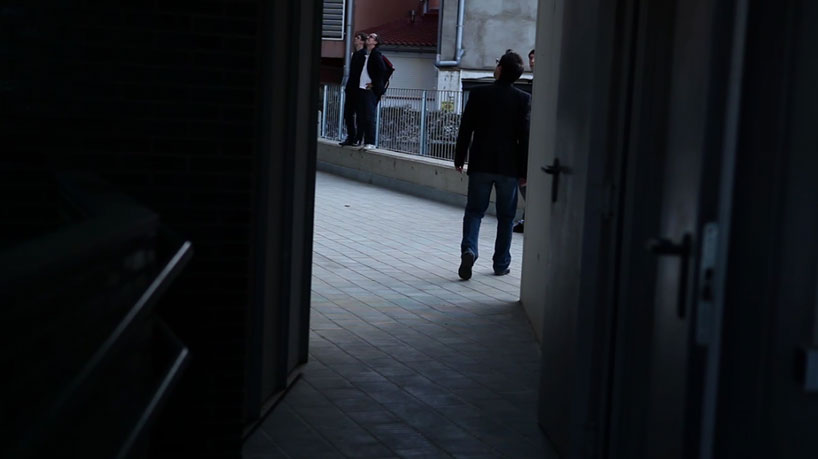 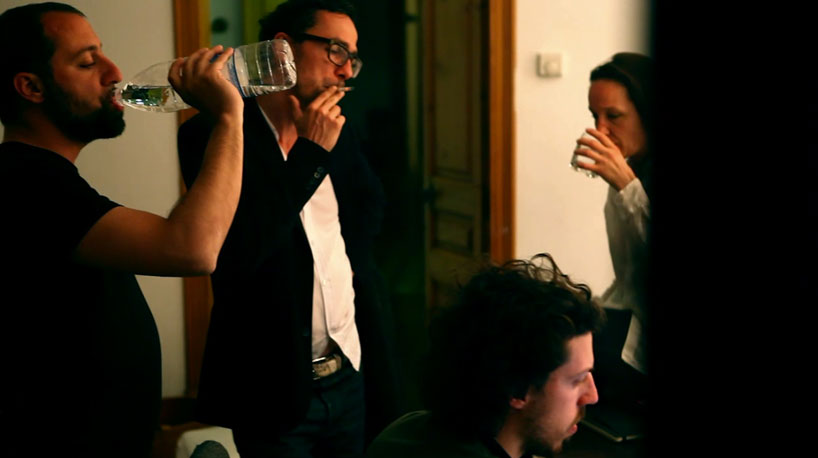 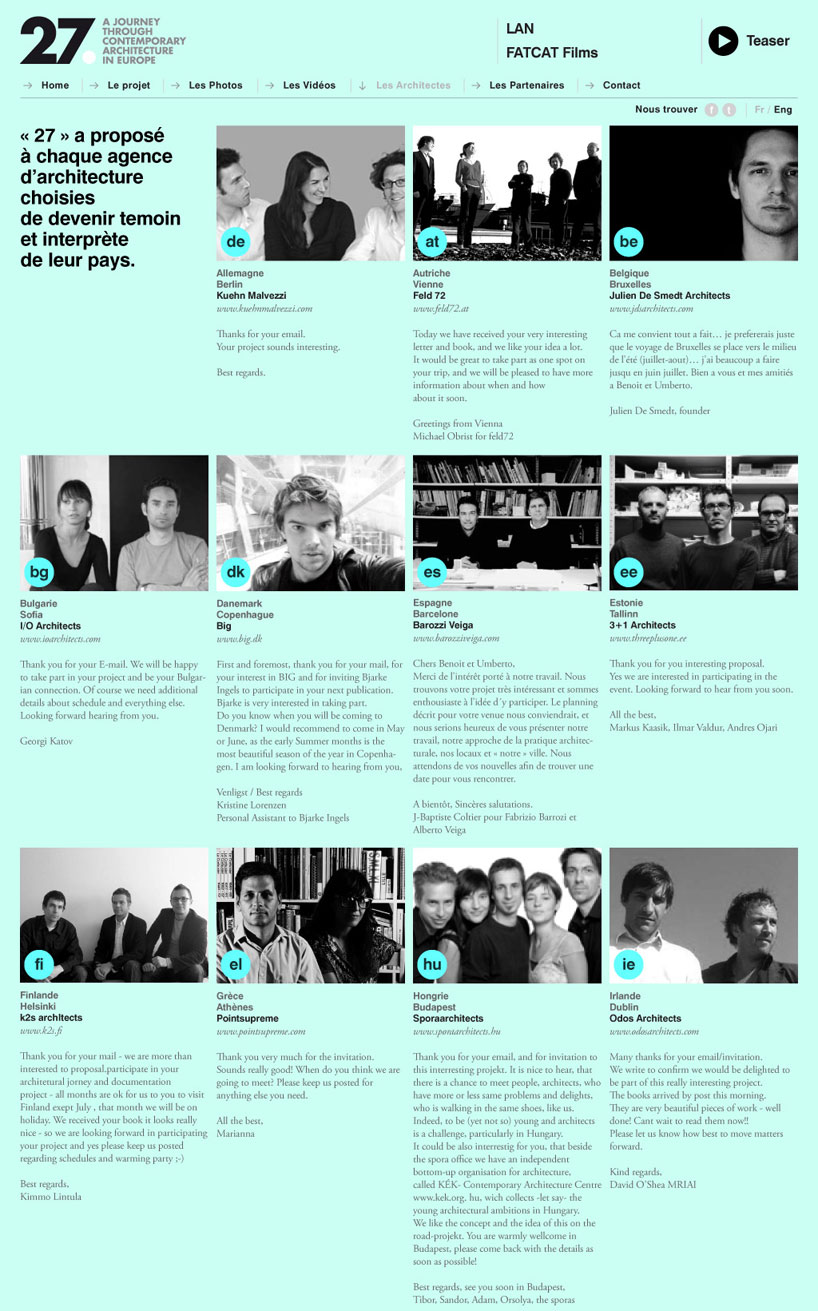 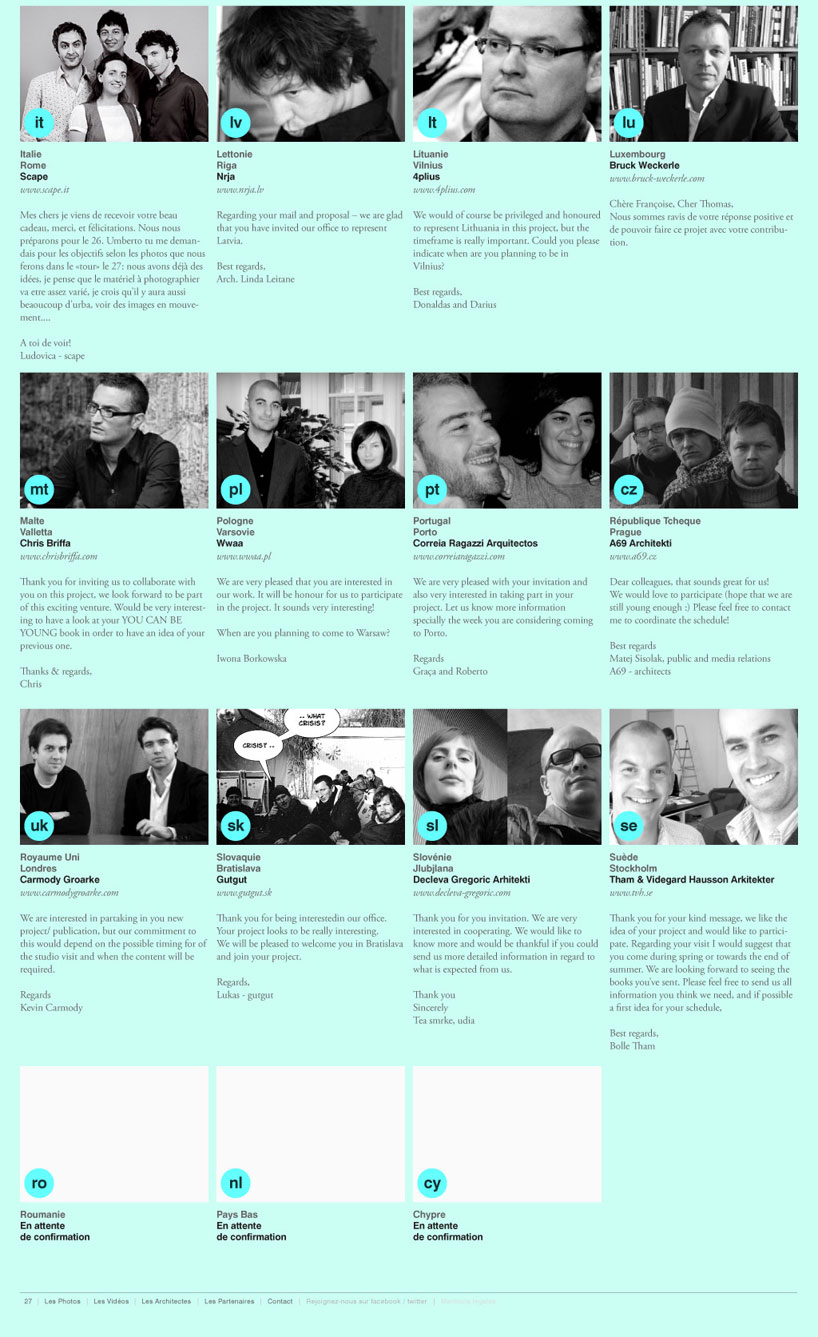 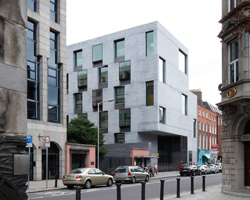 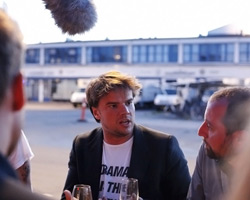 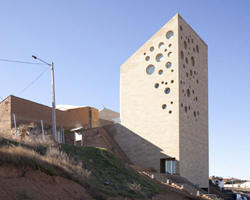