amsterdam’s marine base, located in the heart of the dutch city, started a gradual transition early last year from a dominantly military-only zone to a more public program. one building, ’27E’ was selected as the first to be repurposed solely for civilian use. a former education facility, it was dismantled and stripped to its frame by local architecture studio bureau SLA under direction from the central government real estate agency. 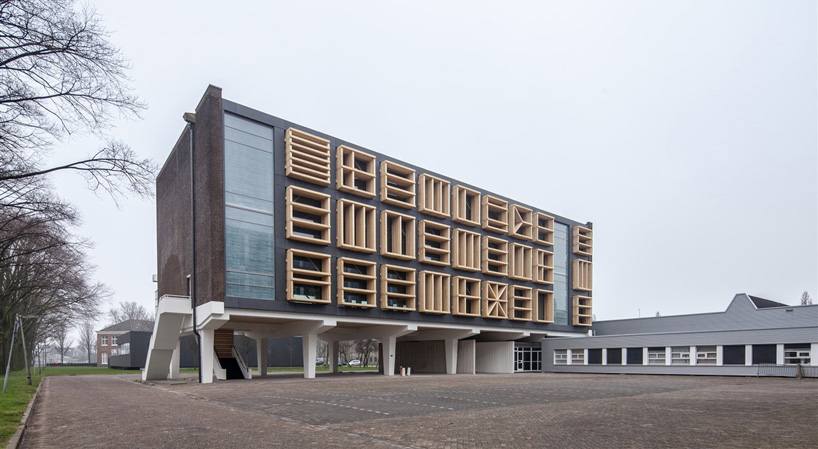 ’27E’ is situated just off the water, in the vicinity of the maritime museum and the nemo science center; the latter a project of renzo piano. originally constructed in 1962, it is one part of a two structure ensemble connected by a single story base. bureau SLA’s efforts include a re-organization of layout, introduction of various services and infrastructure, and a new façade. due to changes, each level has 500m2 of net floor space. 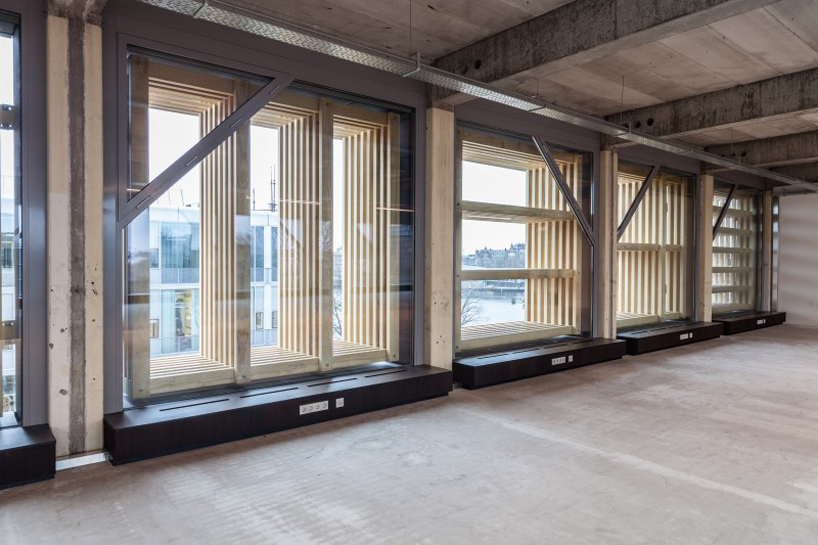 the façade consists of large 3.5 x 3.5 meter triple glazed windows set within deep bays. more noticeable, are wooden elements on the main face. made of accoya wood, a closer look will reveal interpretations of the flags of every country in the european union. since completion in january 2016, it has been leased by makerversity, a company that provides space, tools, and cutting-edge facilities for makers, creatives, and member businesses. 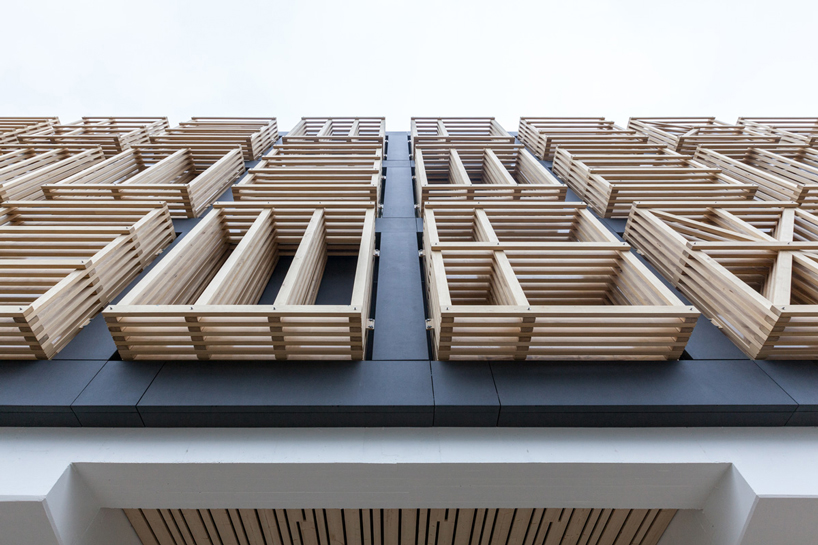 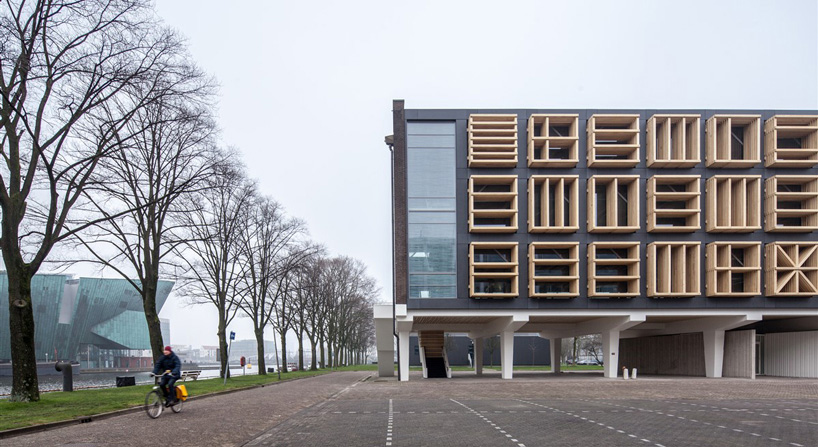 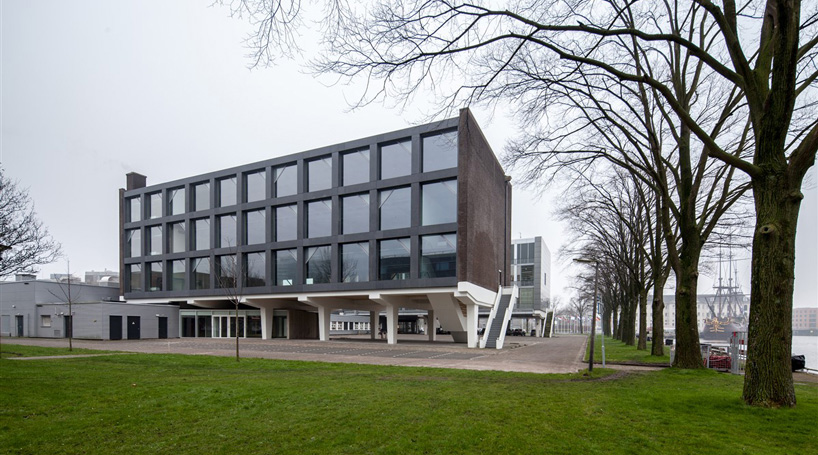 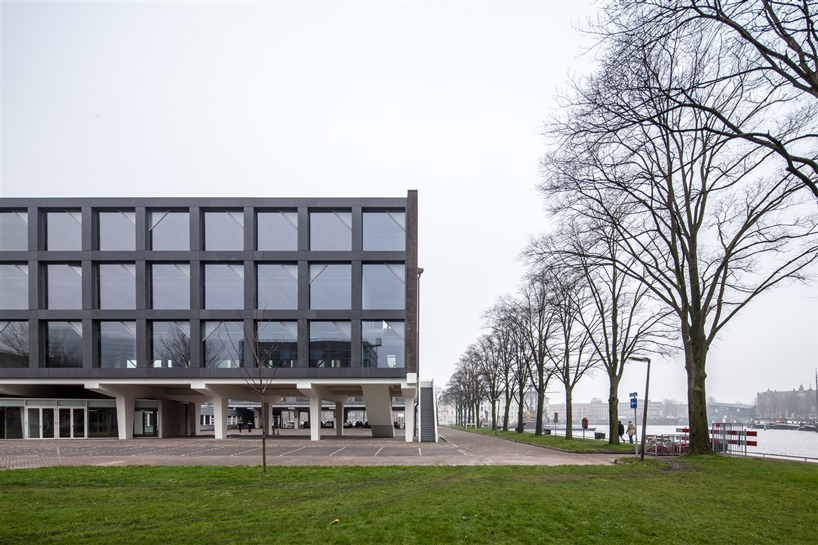 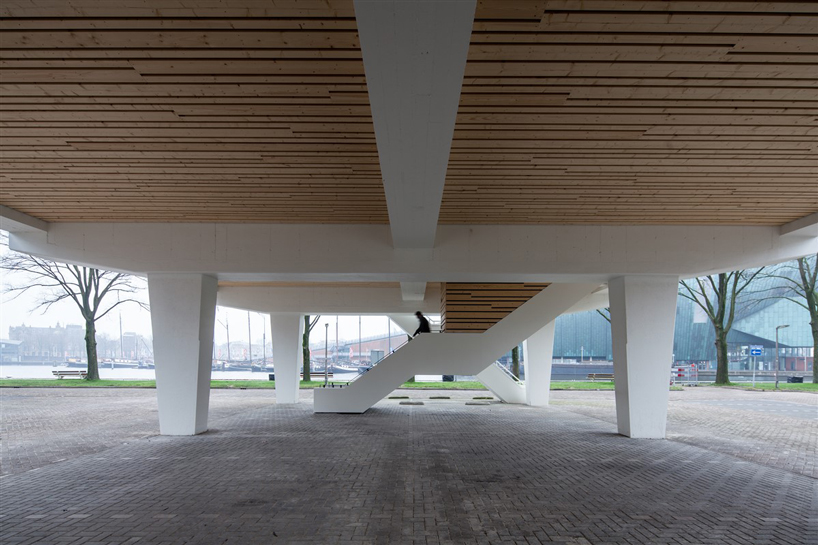 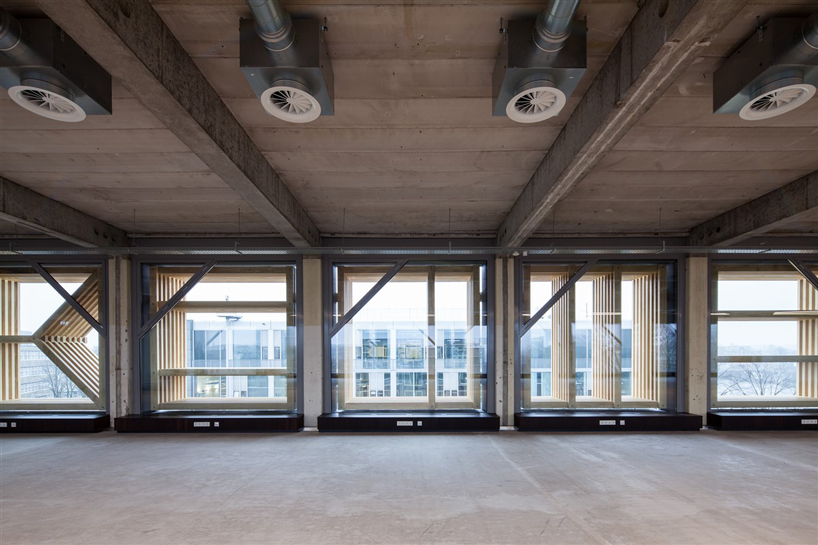 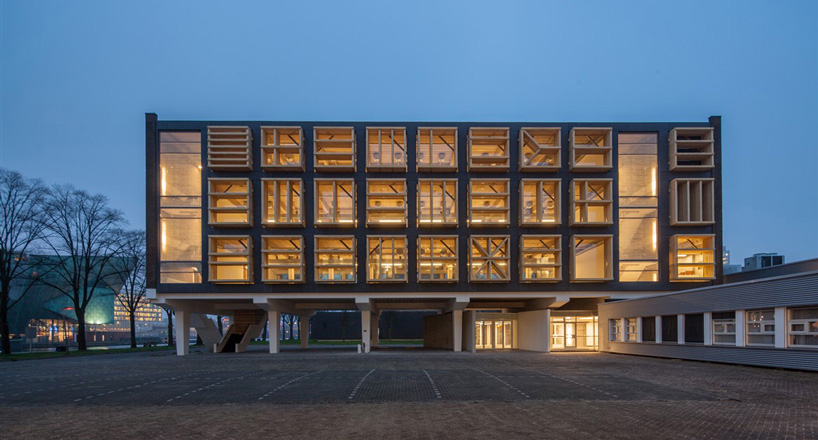 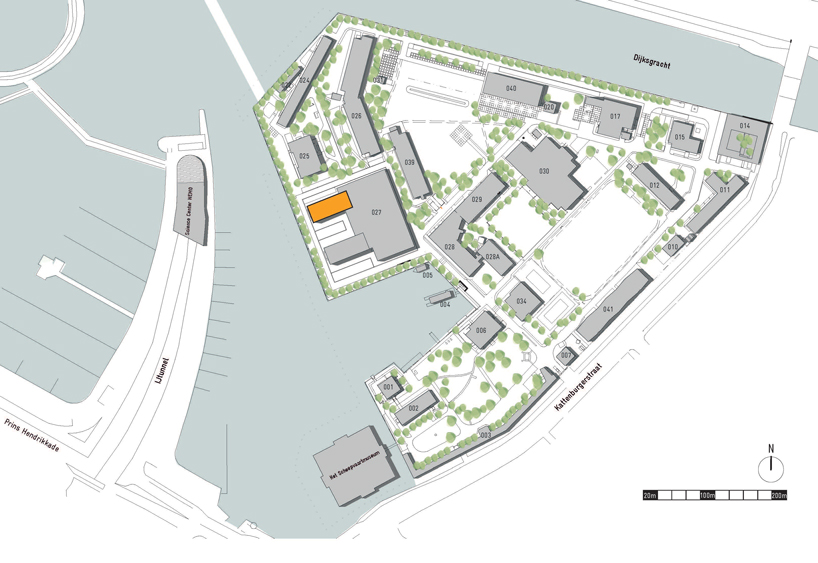 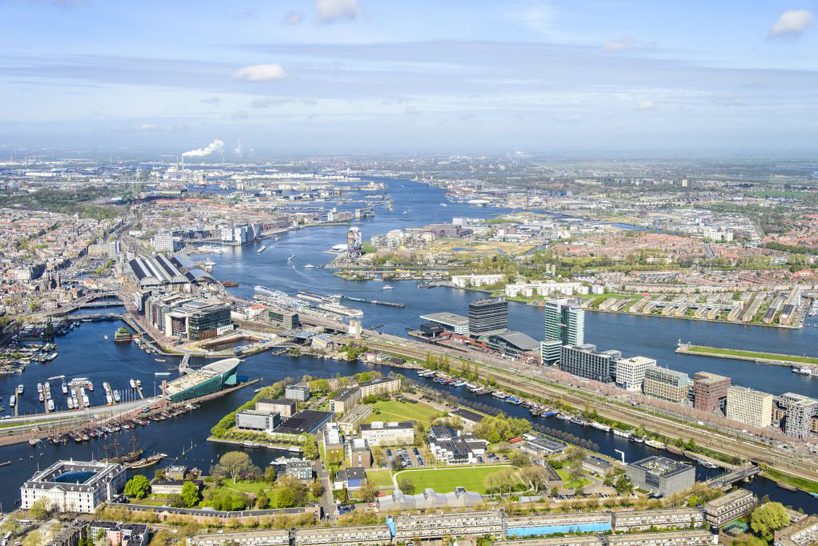 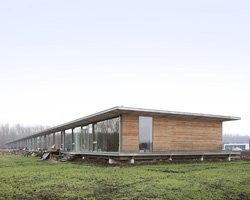 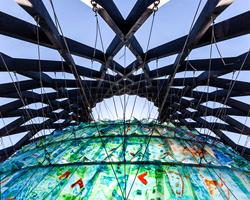 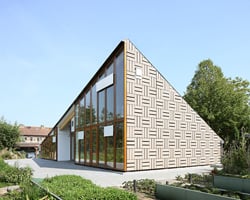 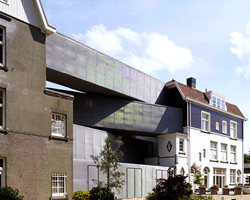 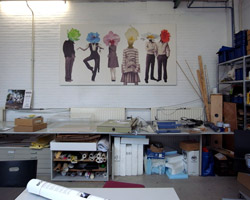