the ‘boombox house’ is a rental house project located in korea, that targets the generation who grew up with the popular culture of the boombox. it is found in the detached residential area of jinju city. in this zone, which is actively equipped with urban infrastructures until now, apartment houses rapidly came in first, and single houses are also coming in one by one. the site is located at the corner of the road, so it has a fan shape, not a rectangular shape. the design team used this original differentiation of the land as a design element to emphasize its form. It is a rental house that presupposes popularity and universality, but it is necessary to have the speciality that is appropriate for the target which shares the sensitivity of a certain generation. 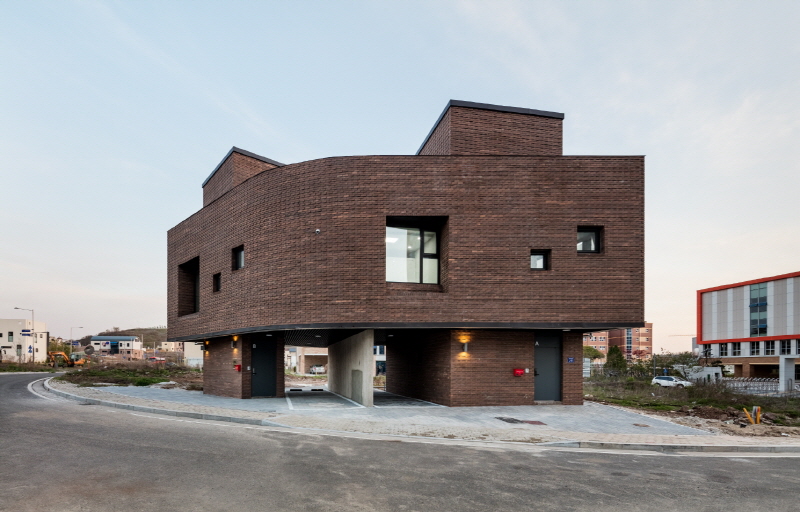 the ‘boombox house’ was an inevitable choice to increase the profitability of the building’s owner. at the same time it was a safeguard to ease the awkwardness of a detached house to a generation familiar with the apartment. the ‘a’ and ‘b’ houses, designed by korean based 2m2 architects, were not in a simple symmetry but in different ways, so that residents could choose a space that suits their individuality and preference. 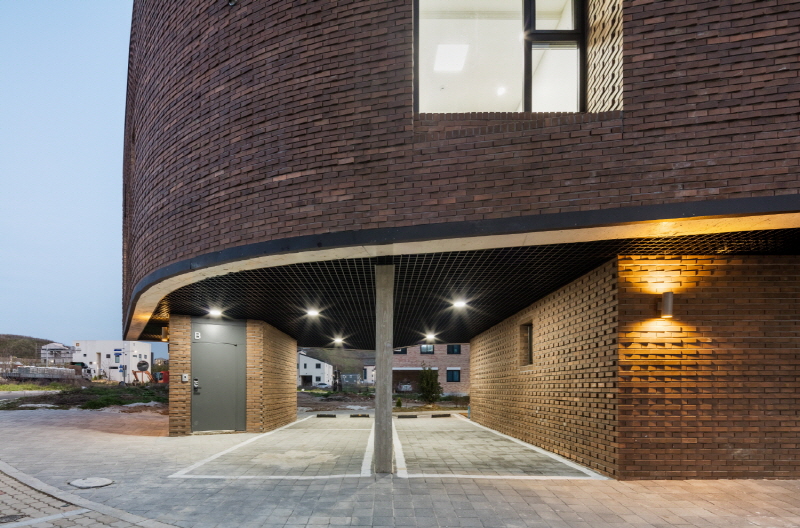 entrance door and parking lot to ‘b’ house

‘a’ house was occupied by a couple in their mid-30s with a 4-year-old child. it has a courtyard and a living room on the first floor. the interior wall of the living room has a look with exterior brick finish extended to the room. it is different from the general method of stacking bricks by stacking bricks every other layer with twist looking, omitting vertical construction joints. opening the living room window leads to the courtyard where there is a open area in which indoor is extended to outdoor. 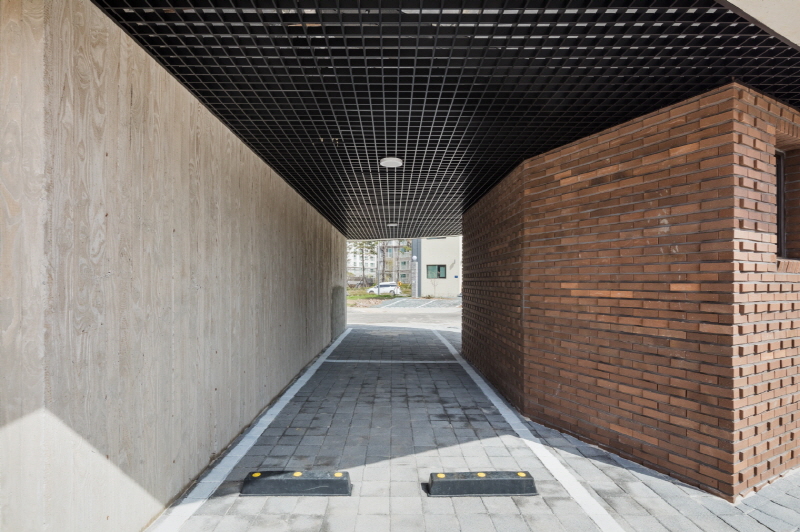 ‘b’ house was intentionally planned, so it is an ideal figure that can be fully predicted. it has a living room with exposed concrete walls on the second floor, and a staircase that goes up to the third floor extends to the rooftop courtyard. in the private roof-top yard, various activities are available to suit the resident’s preferences. this place was also occupied by a late 30s couple with two children aged 7 and 5 years old. ‘a’ house has a ground floor facing the ground, and ‘b’ house has a rooftop garden facing the sky. 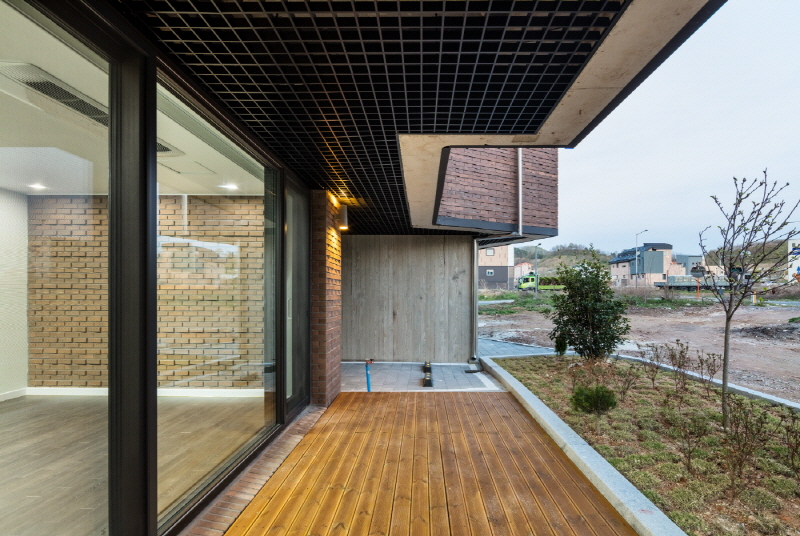 ‘a’ house’s living room and courtyard is on ground floor

the ‘boombox house’ is located in a new city that has not been completely filled and waiting to be connected and communicate with neighbors. the main mass of the building with the highlighted front round gives the effect that it looks bigger than the actual scale. to give lightness to this appearance, the design team twisted the mass that opens up and down and brought it out. although bricks are used as exterior materials, there is no monotony in the conventional way and it is in a typical form. 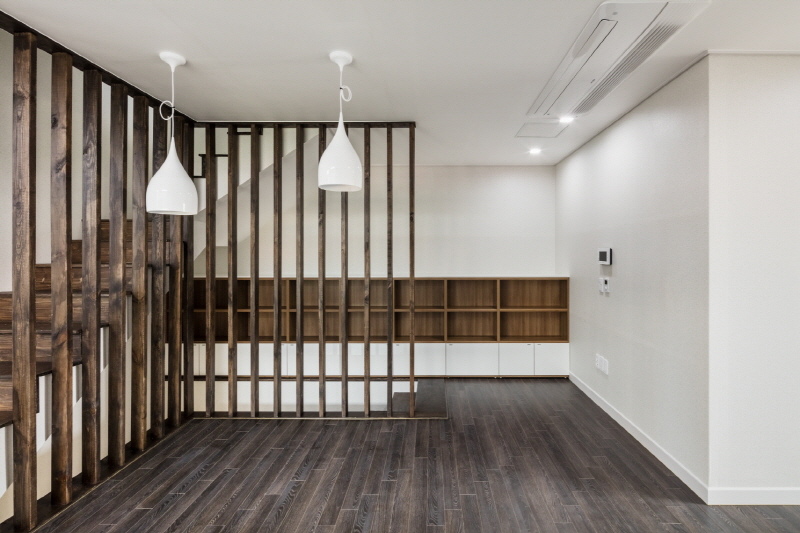 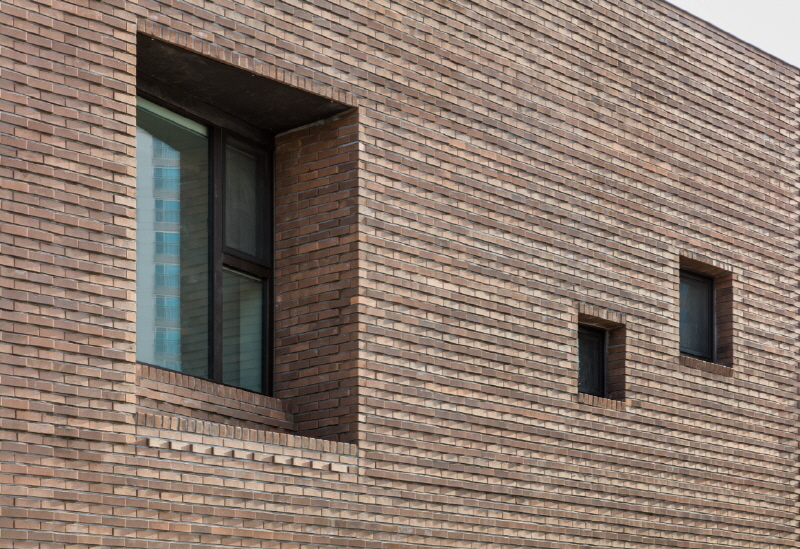 ‘boombox house’ was not planned symmetrically, so that residents could choose spaces that suite them 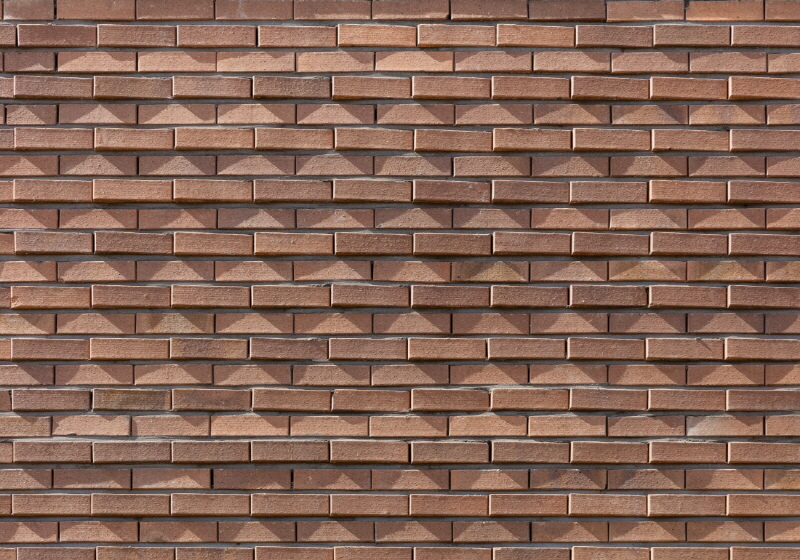 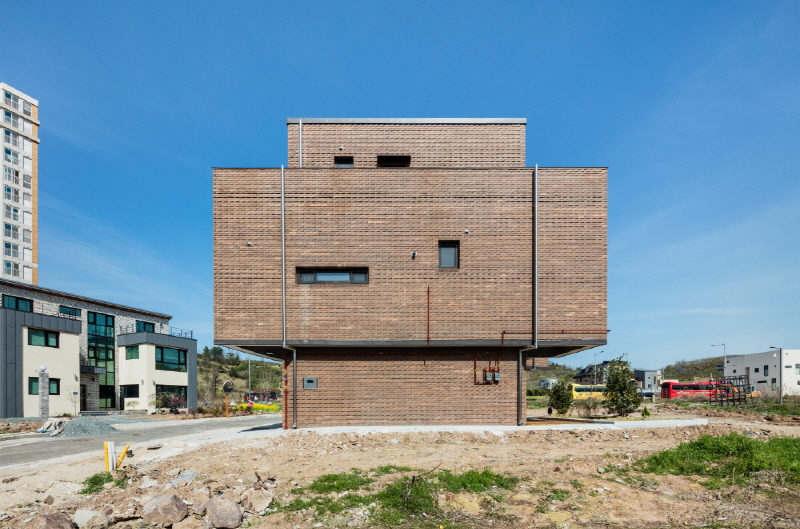 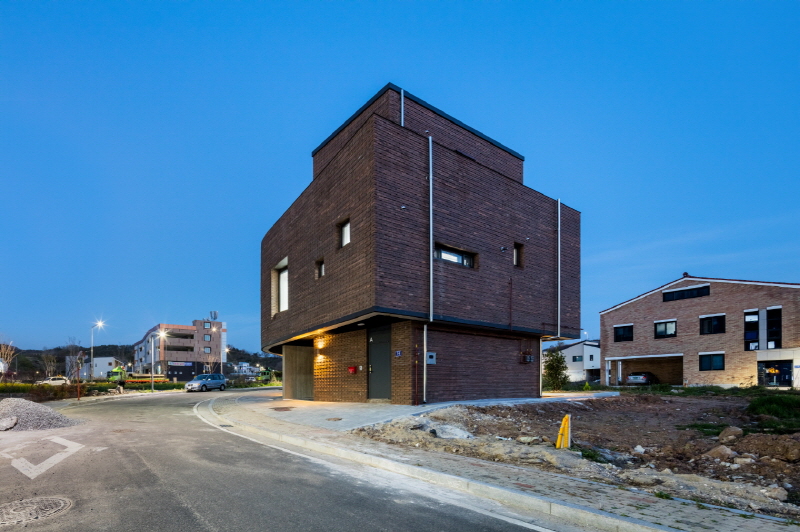 the location is still waiting to be connected with neighbors 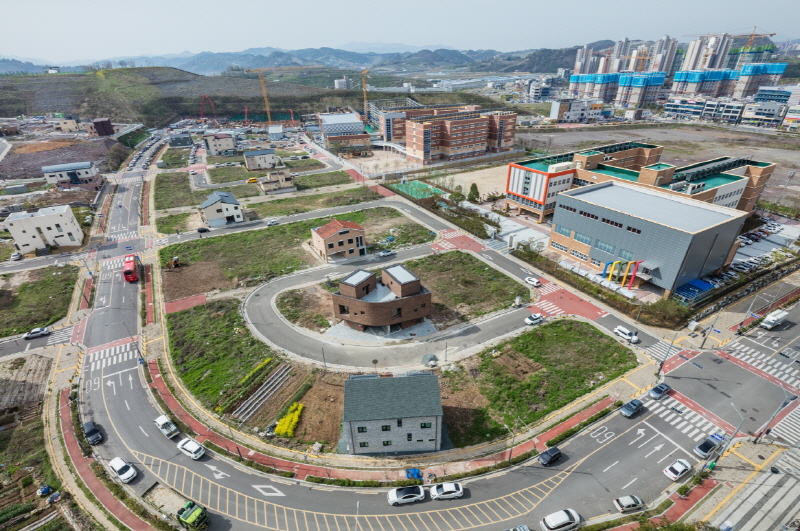