‘The Roof’ is an all-wood pavilion designed as an addition to a guesthouse on the north mountain side of Kyoto, Japan. Created by local architecture studio 2m26, the final structure merges local cypress wood and traditional construction methods, achieving a real example of zero impact construction. The name suits its description faultlessly; a giant open gable roof standing on eight robust pillars and beams.‘Simply a roof,’ as the design team commented after the completion of the project. 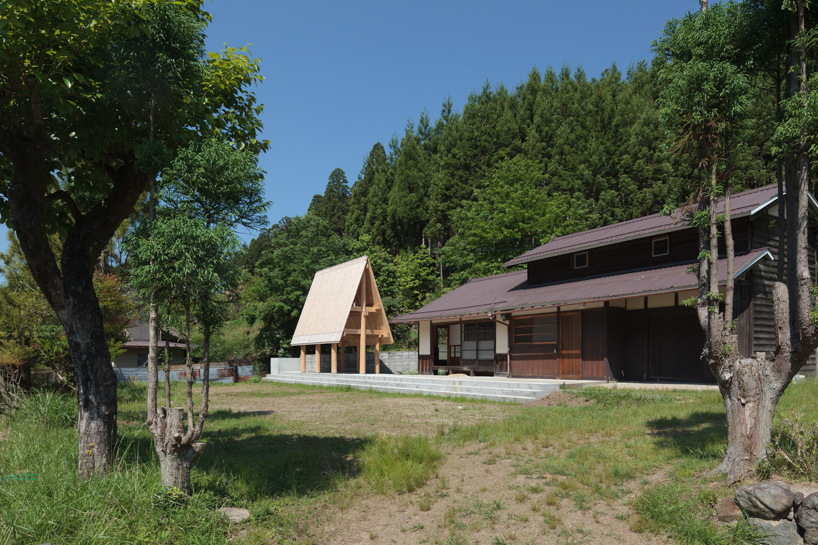 all images by Yuya Miki

‘The roof’ is conceived as a timber structure, adding outdoor living space to a guesthouse in the countryside. The existing building is perched within blueberry and rice fields, emerging against a mountainous backdrop. Within this setting, the design team sought to create an outstanding structure that at the same time integrates into its surrounding environment. The elongated shape of the roof enables different perceptions and perspectives depending on the position of the user, whether standing or sitting under the structure.

The idea of the design was inspired by the Ise shrine’s traditional Japanese carpentry — Japan’s most sacred Shinto shrine that dates back to the Third Century. Eight Hinoki cypress log pillars and beams are joined to support the sloped sides of the roof, which is covered by boards of Hinoki cypress exclusively. The concept of the ‘zero impact’ design lies in the use of materials that grew locally, manufactured by local carpenters, and will return to the soil after their life ends. 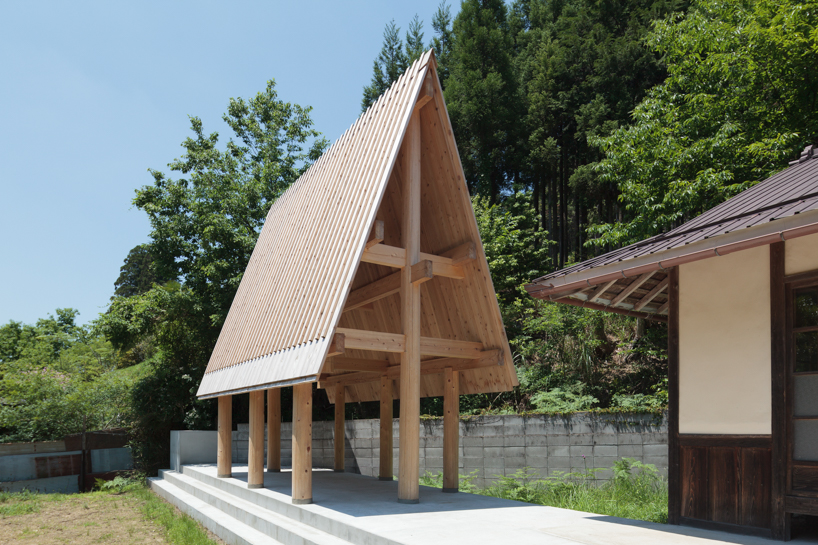 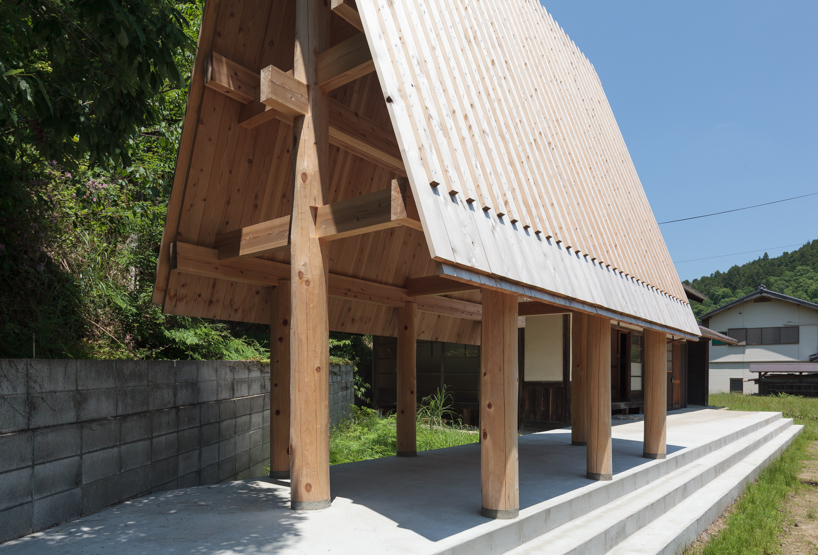 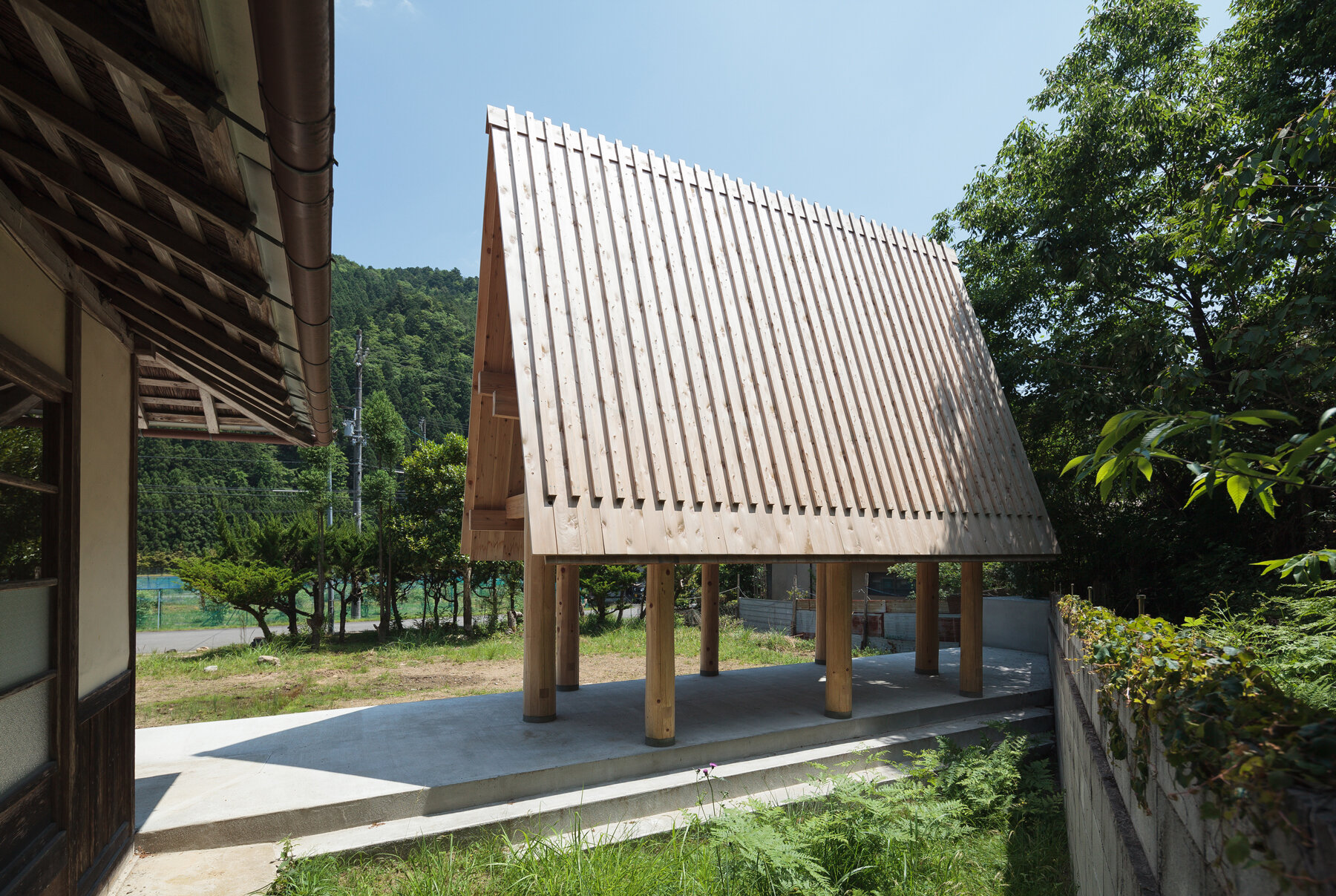 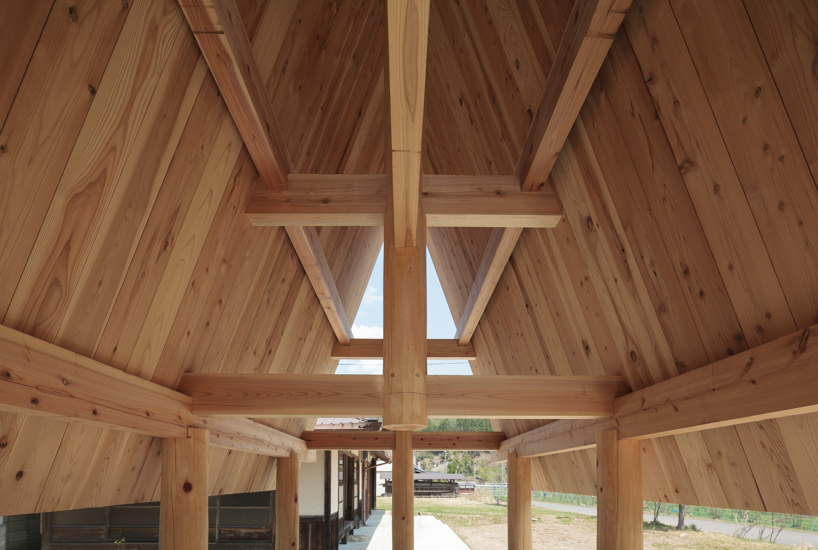 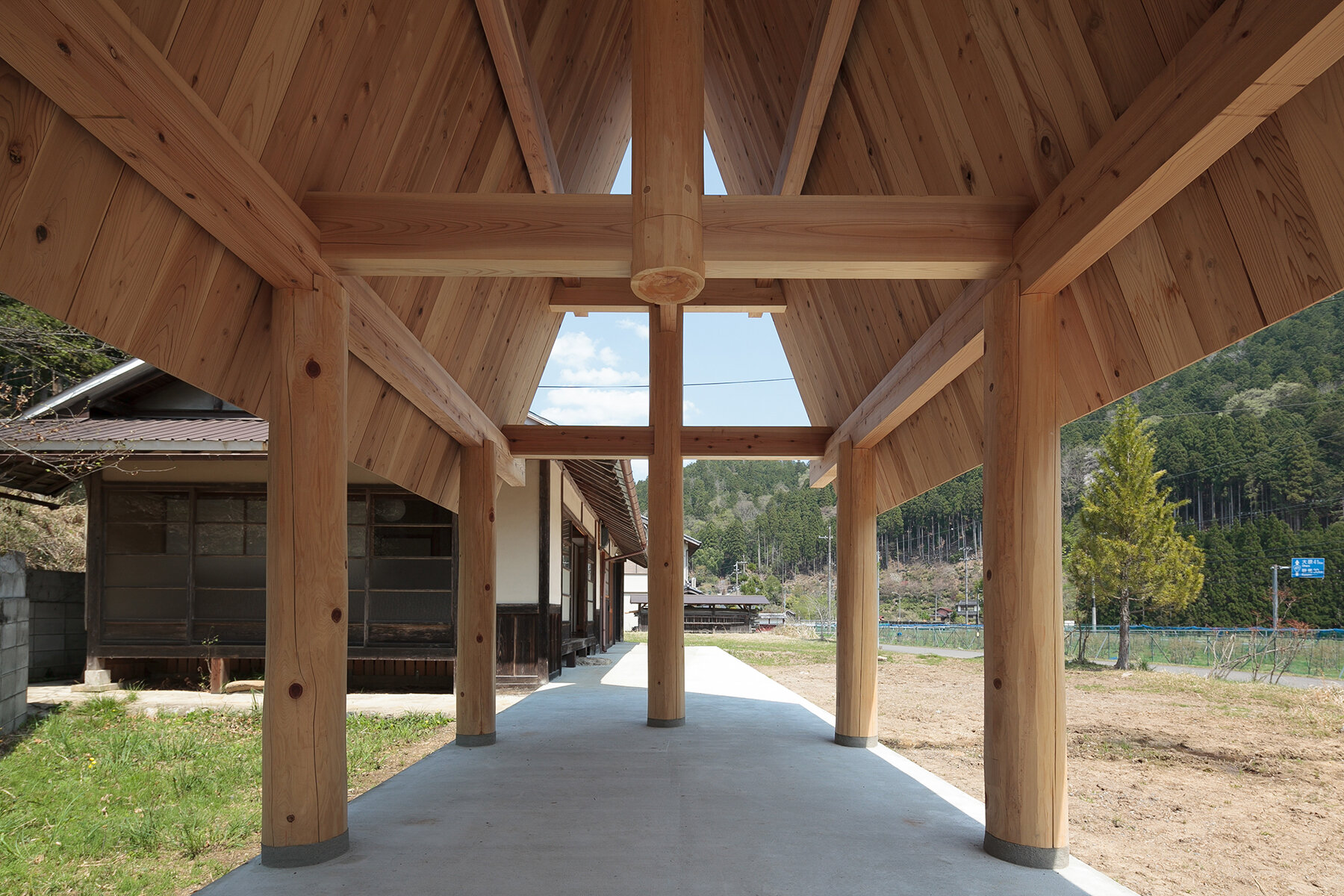 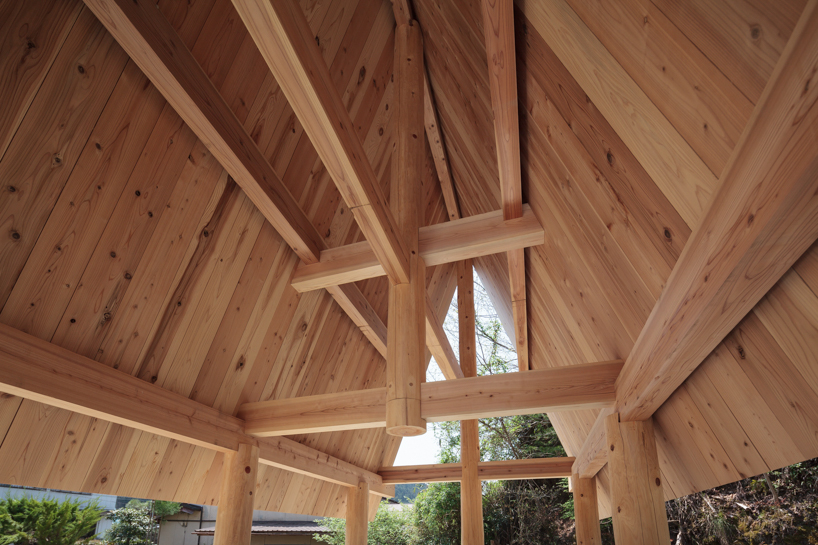 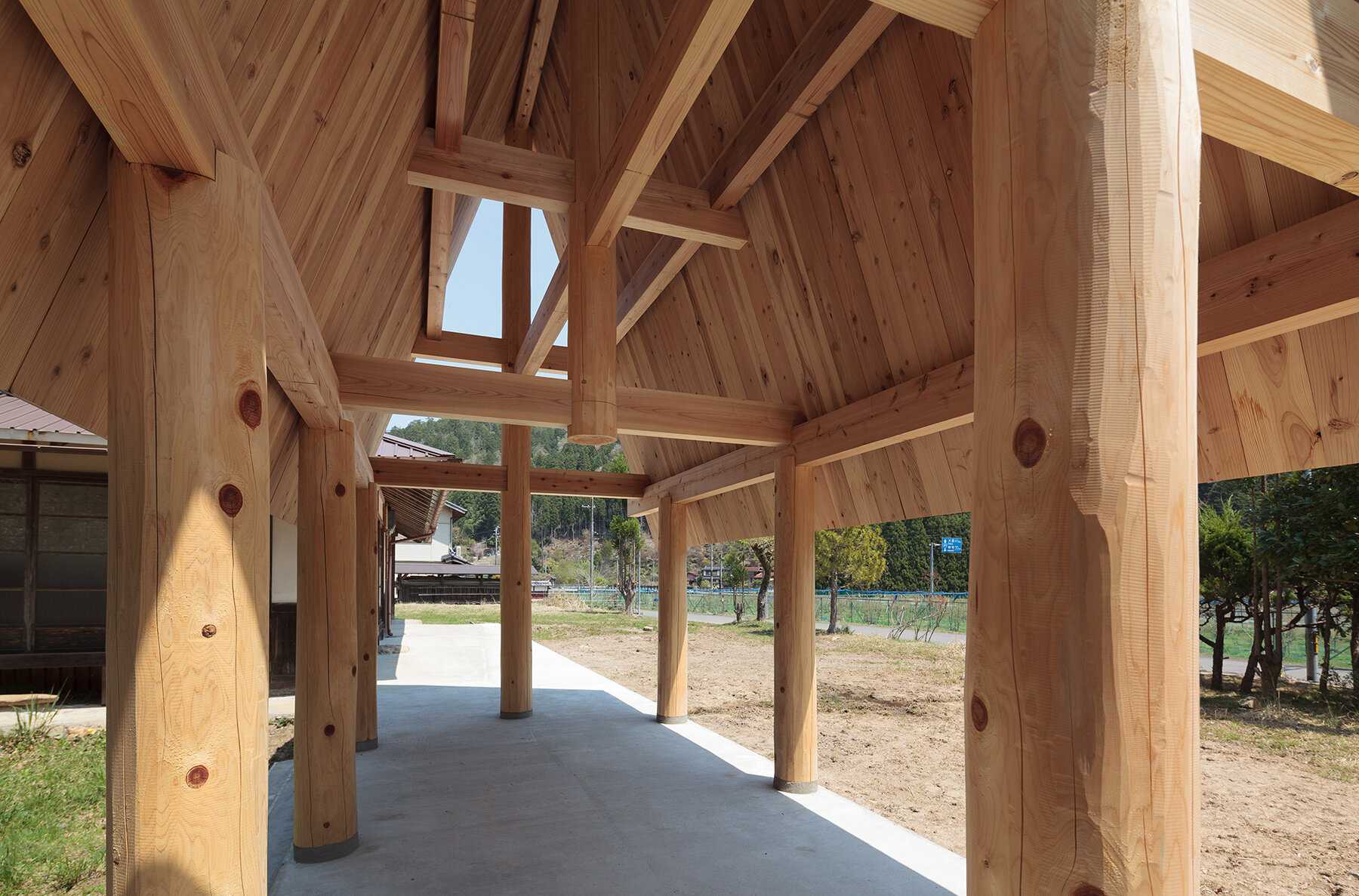 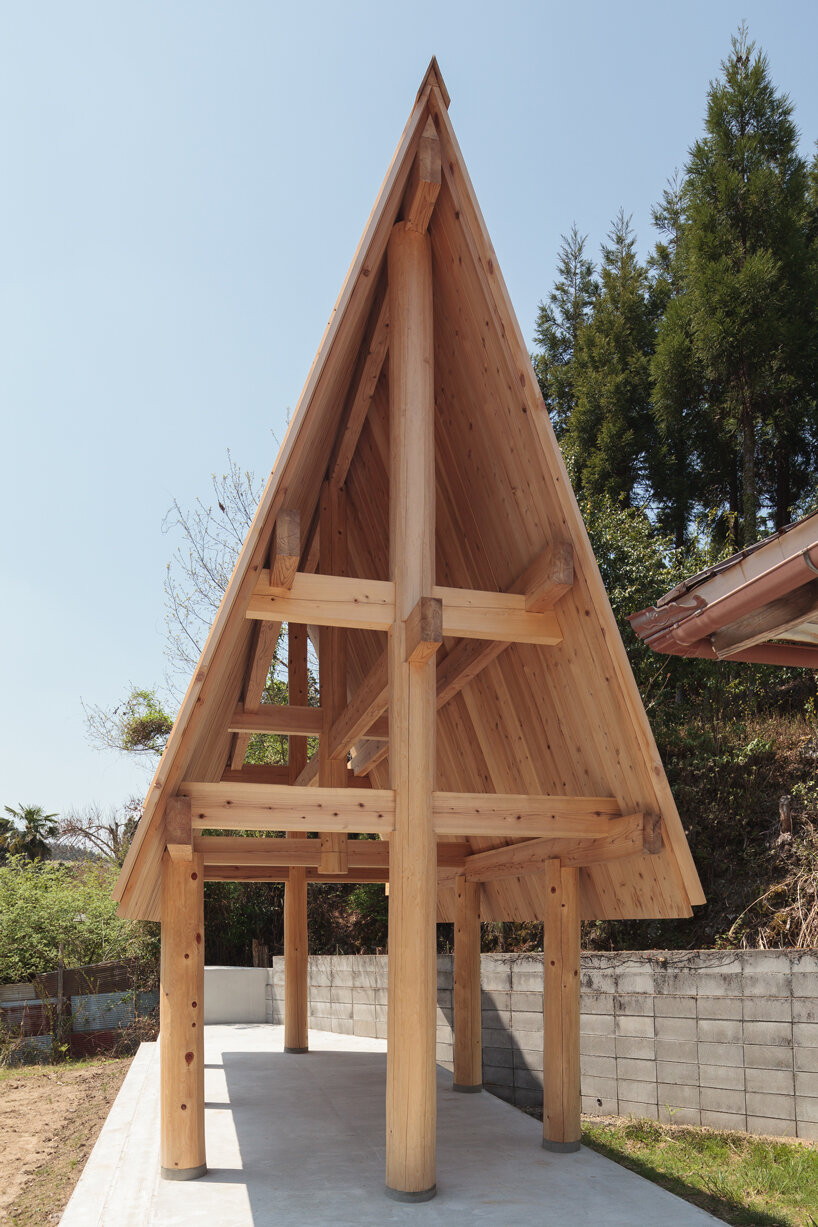 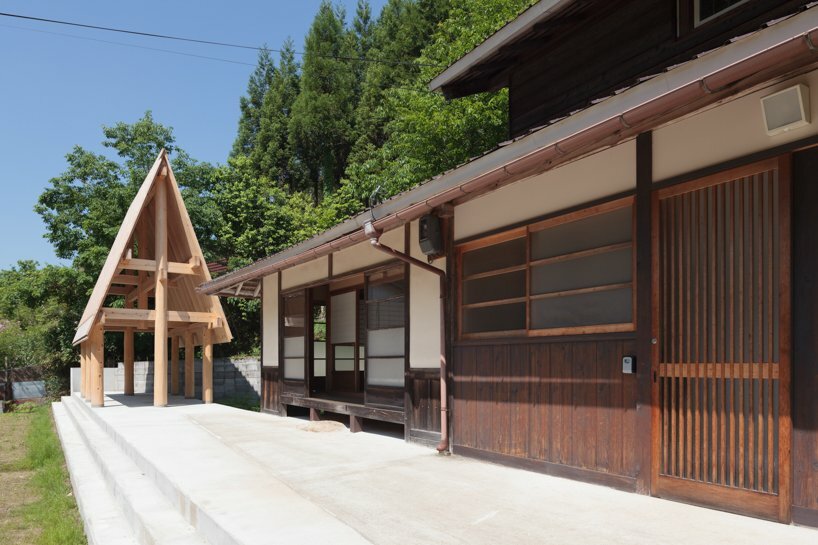 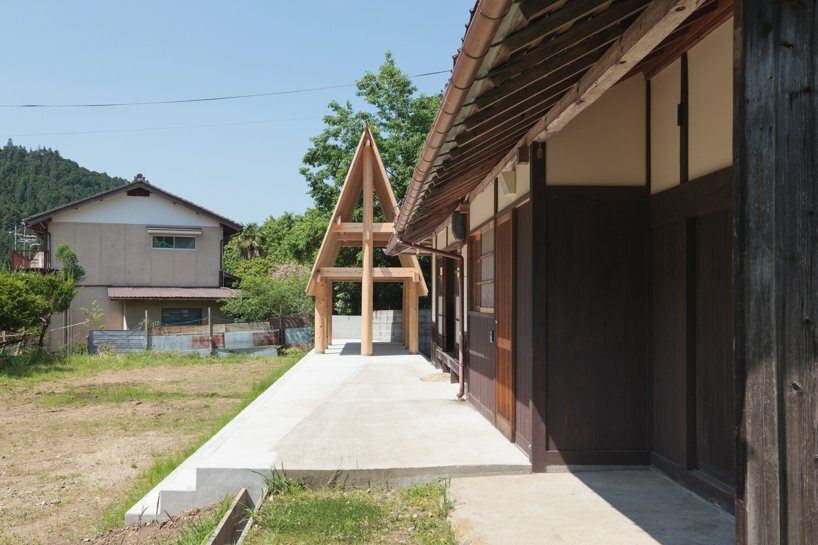 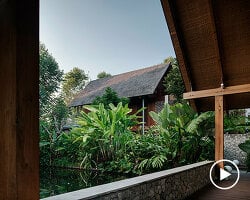