modern cities aren’t built the way they use to be. they’ve traded in detail work and sculptural ornamentation for sweeping glass facades. without the same great source of expert craftsmen, restoring the beautiful work from aging icons has become a bit of a challenge — in some cases even contemning the buildings to the wrecking ball. the good news is that EDG, an innovative architecture-engineering firm, is fixing this problem with 3D printing. they have devised a cost-effective and easy way to restore and replace the classical ornamentation that enriches historic urban architecture. 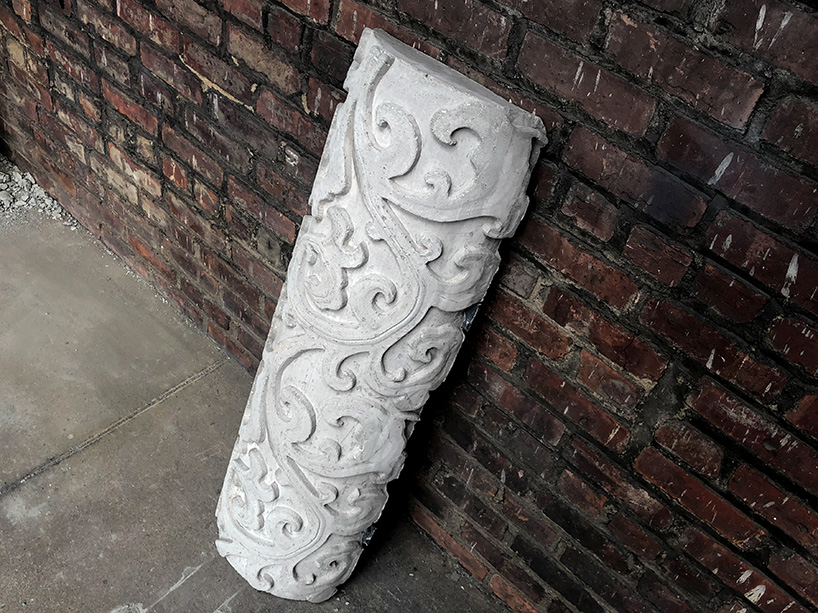 the firm was prompted by learning that an inspiring fifth avenue architectural treasure was slated for demolition, the exorbitant cost of restoration driving this sad fate. as put by EDG ‘facade ornamentation in the classical style remains impossible to produce by current means. architectural hand sculpting would be an exorbitant luxury if not also a lost art, laser cutting remains prohibitively expensive, and precast concrete is creatively limiting—as its affordability is derived from the repetition of basic forms. to that end, architects and developers turn increasingly to the restoration of existing treasures, which are in limited and often neglected supply.’ they concluded that these new modern restoration needed be cost effective and durable. it is the only way to save these richly decorated treasures. 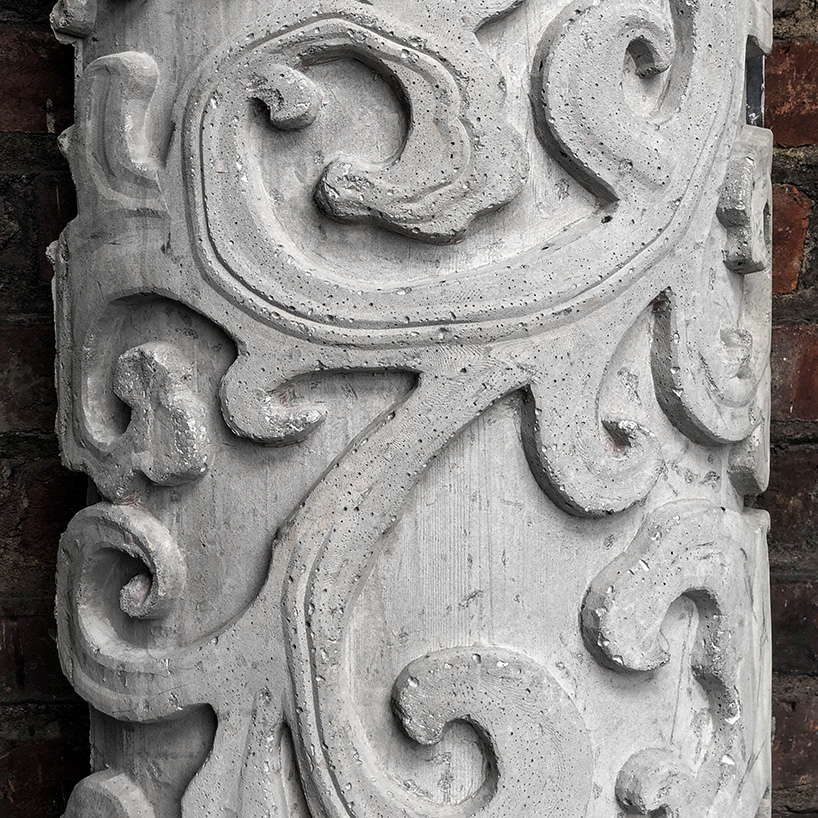 the solution was to introduce modern tech to the problem. with expertise at their fingertips, EDG devised an ingenious plan lying at the intersection of technology and craft: modern ornamental, a new form of architectural digital sculpture. the team carefully selected the right materials and methods to make plastic molds to produce elaborate copies of these beautiful details. now on site, these ornaments can be produced in as little as a day — a major game changer for restorations and even new projects. additionally, with stored digital catalogue of parts, architects can easily reprint a mold. ‘should an element ever need repair or replacement, the could simply be removed from the building, and a new one could be reprinted and recast on-site, the same day.’ 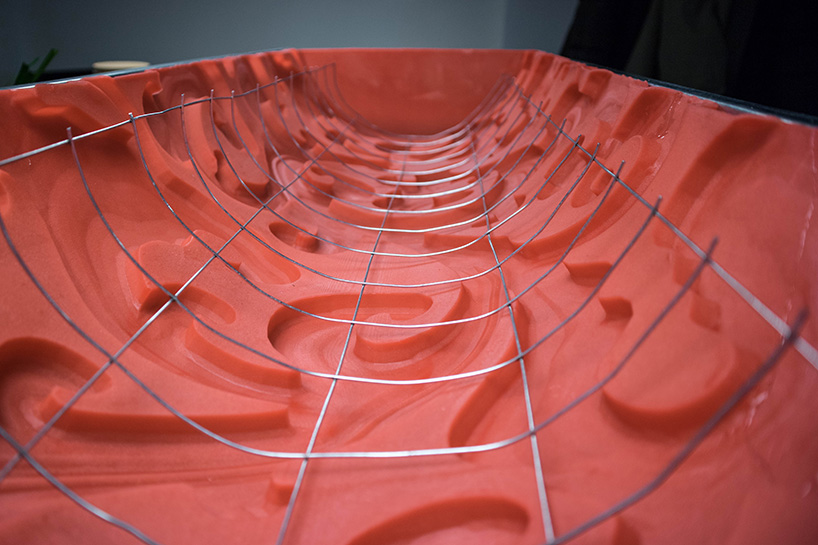 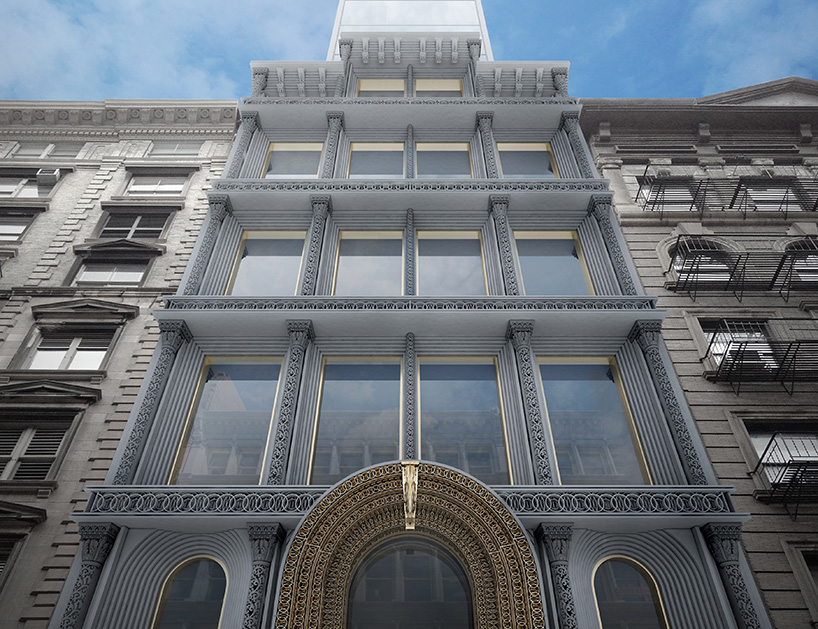 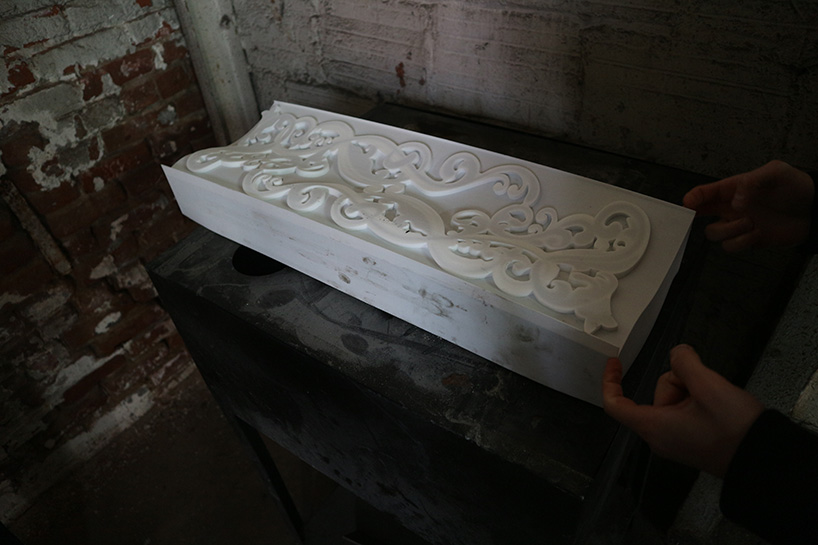