built in the ploče quarter in dubrovnik, croatia, 3LHD architects designed ‘house u’ for a couple with two adult children who have their own families. two volumes have been placed atop the steep site, which overlooks the old city and lokrum island. a lush garden grown below on the hillside. the first volume is occupied by the parents, and the second accommodates two apartments, one for each child. they are connected by a wooden beamed pergola above a series of terraces, which serve for gatherings of the whole group. 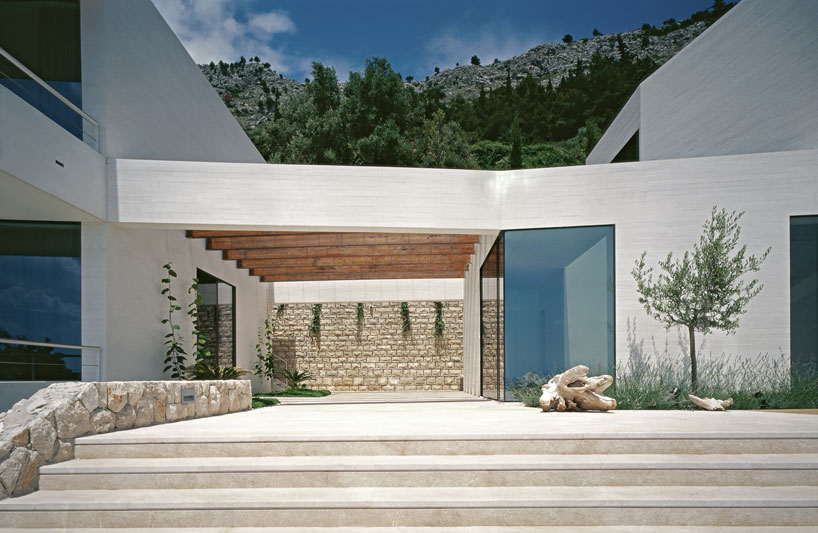 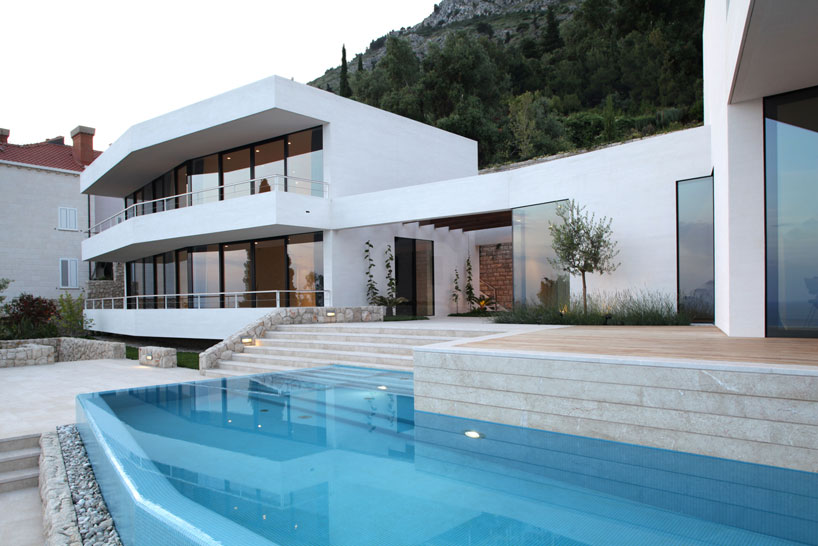 the house facade is constructed out of locally quarried stone tiles measuring 8cm x 120cm. this proportion is enlarged for the strips of glass windows that look over the town and sea from all living areas, bedrooms, and the master bath. to ensure privacy, the smaller dwelling is positioned closer to the garden, and the multi-unit block has an angled facade. as not to block the view, the parents’ pool is placed below the terrace level, and the parking area is located adjacent to the road, hidden by the inclined ground plane. natural wood floors and garage doors finish the simple interior, where custom-made furniture maximizes space. 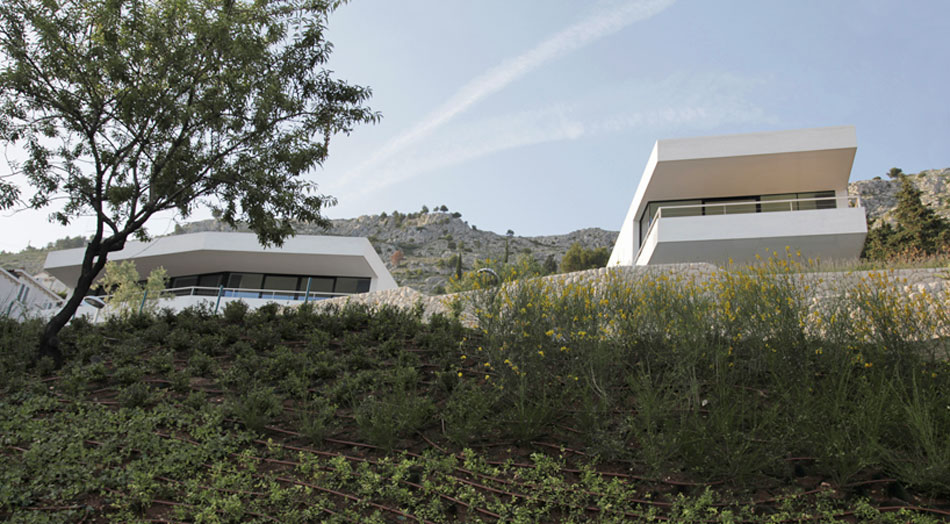 designed for a couple with adult children, two volumes of house U overlook the croatian hillside
image © damir fabijanić 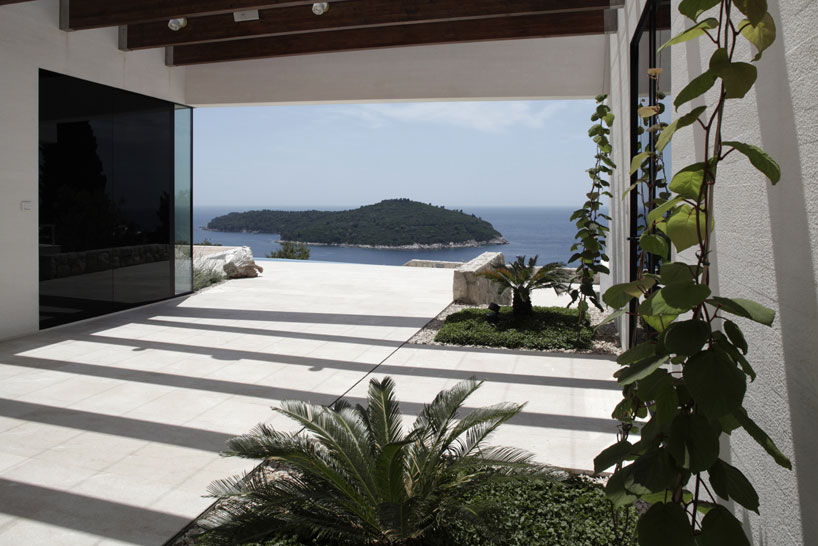 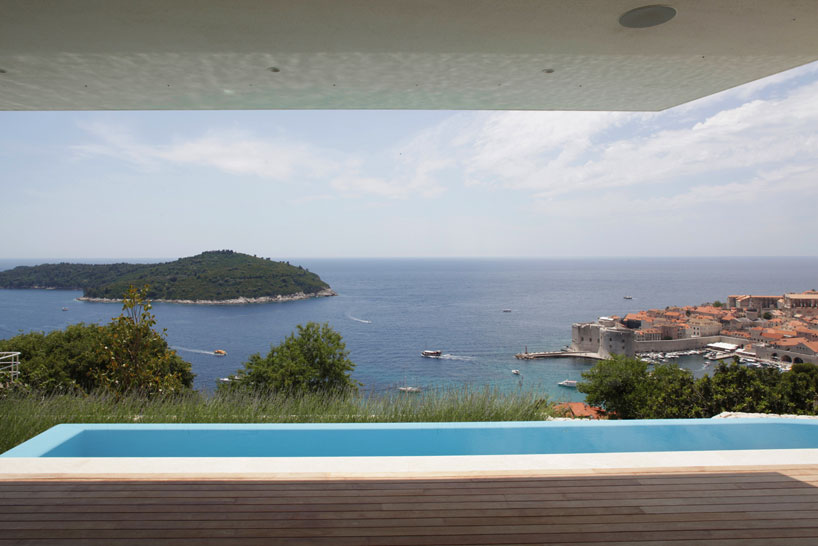 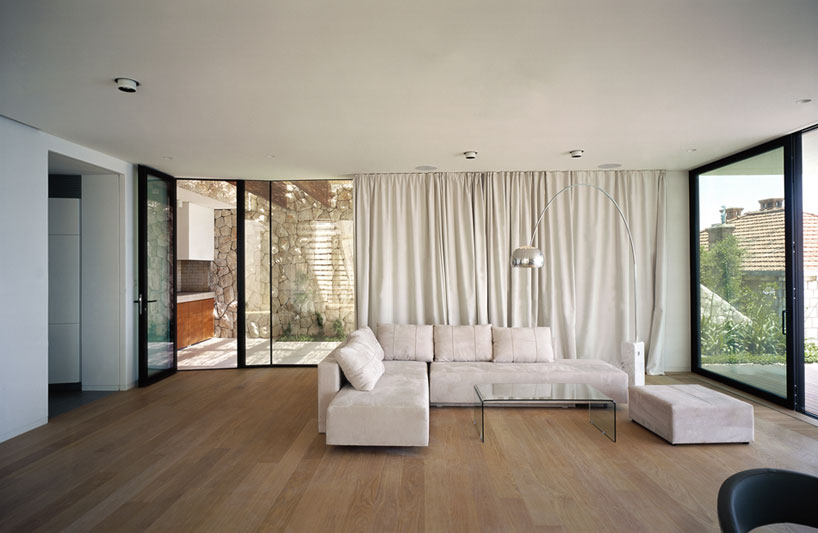 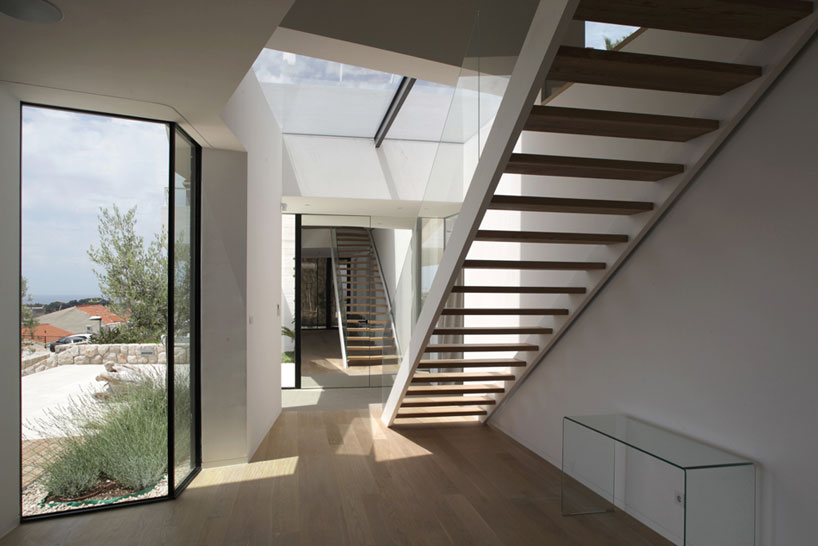 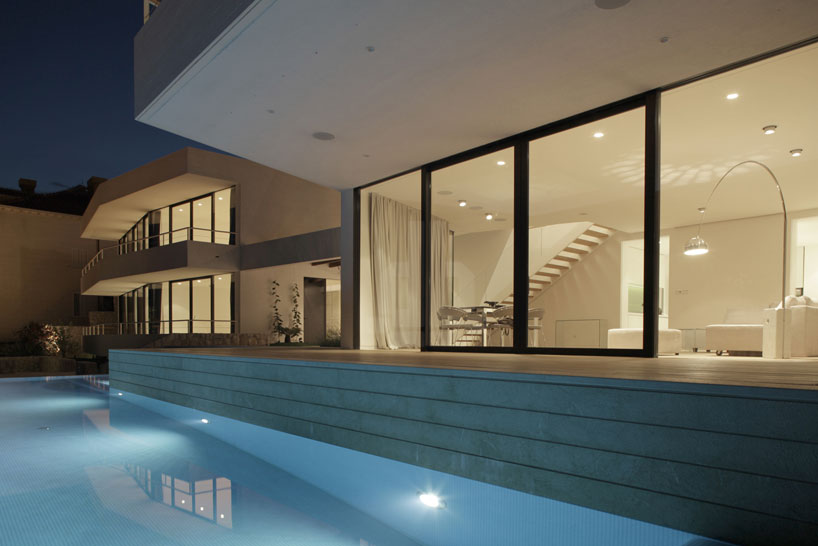 pulled toward the garden, the parents’ pavilion has privacy from their children’s apartments
image © damir fabijanić

designed for a couple with adult children, two volumes of house U overlook the croatian hillside
image © damir fabijanić

the facade is finished with local stone
image © damir fabijanić

the front entrance has mirrored doors, reflecting the stair, as if one could directly enter the other pavilion
image © damir fabijanić 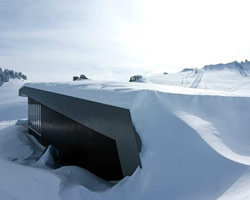 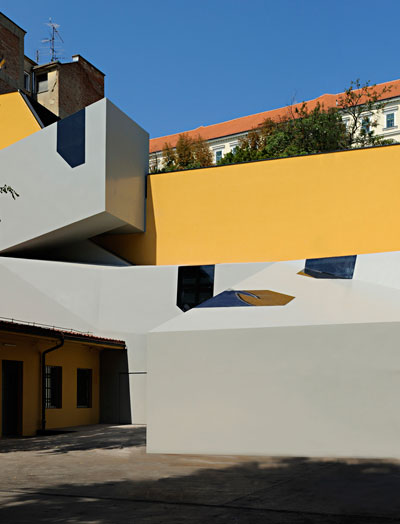 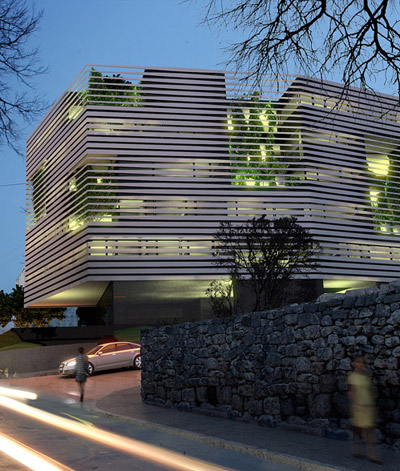 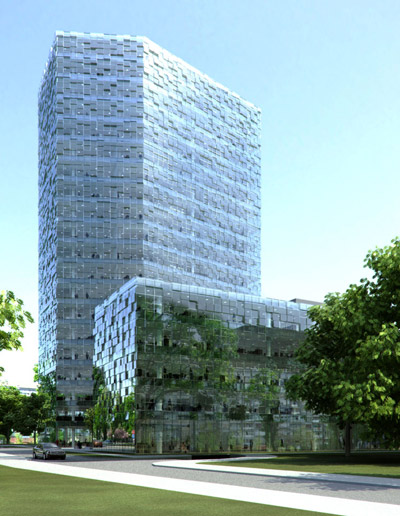 Nov 04, 2019
x3m builds a new school in croatia to incorporate large outdoor spaces for the community 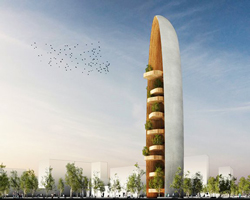 Jun 24, 2019
superspace proposes 'ascencion' as a vertical forest and observation tower for zagreb