created by ro shroff and shaina yang of international architecture studio, 3MIX, ‘seattle 2030’ explores what skyscrapers could look like in the decade after COVID-19. proposed for a site in downtown seattle, the 400-meter-tall concept redefines typologies of living, working and leisure in a biophilic environment, with the aim of mitigating negative perceptions of cities and dense urban living. 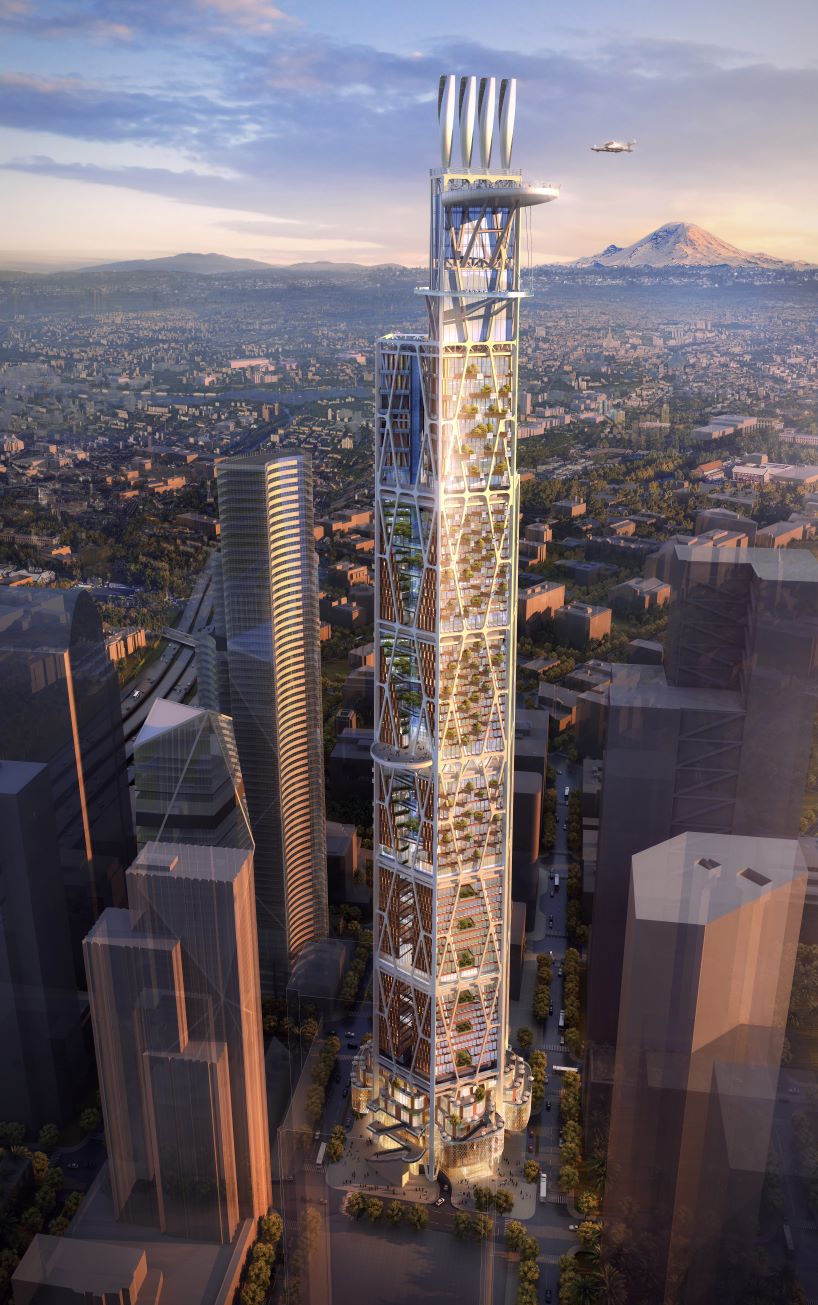 images and diagrams courtesy of 3MIX 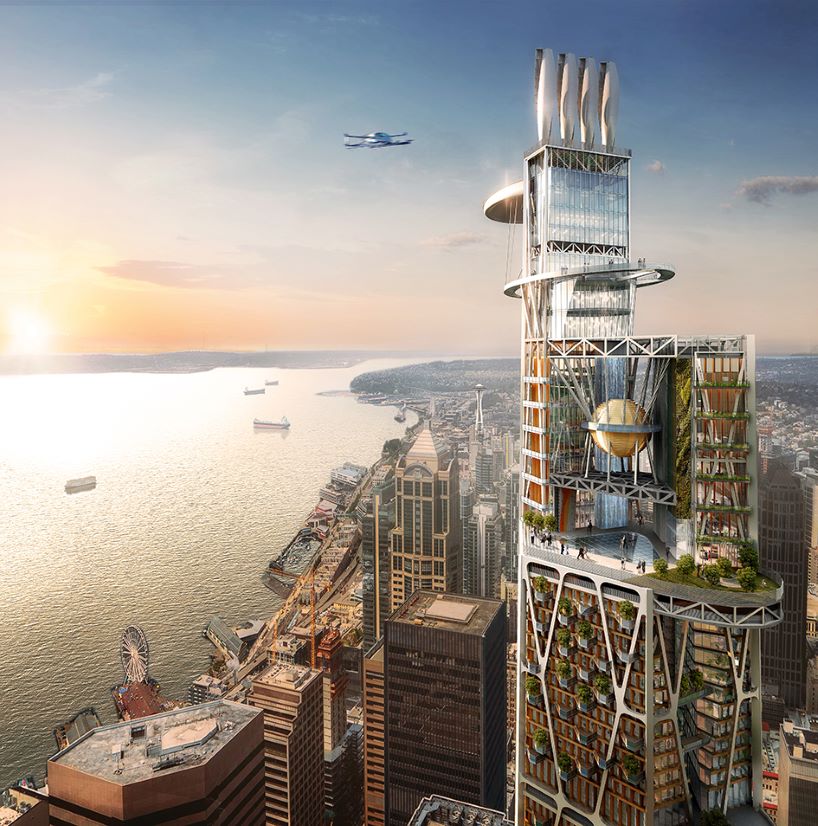 a serrated façade incorporates operable wood panels allowing for natural ventilation in seattle’s relatively benign weather while expressing a warm aesthetic. indented and terraced ‘crevice’ gardens between the sub-towers create iconic profiles while assisting in vortex shedding and confusing wind patterns. a vertiginous central skylit atrium allows the air to bleed through the interior while enhancing the tower’s structural behavior and performance as well as daylight penetration to the interior 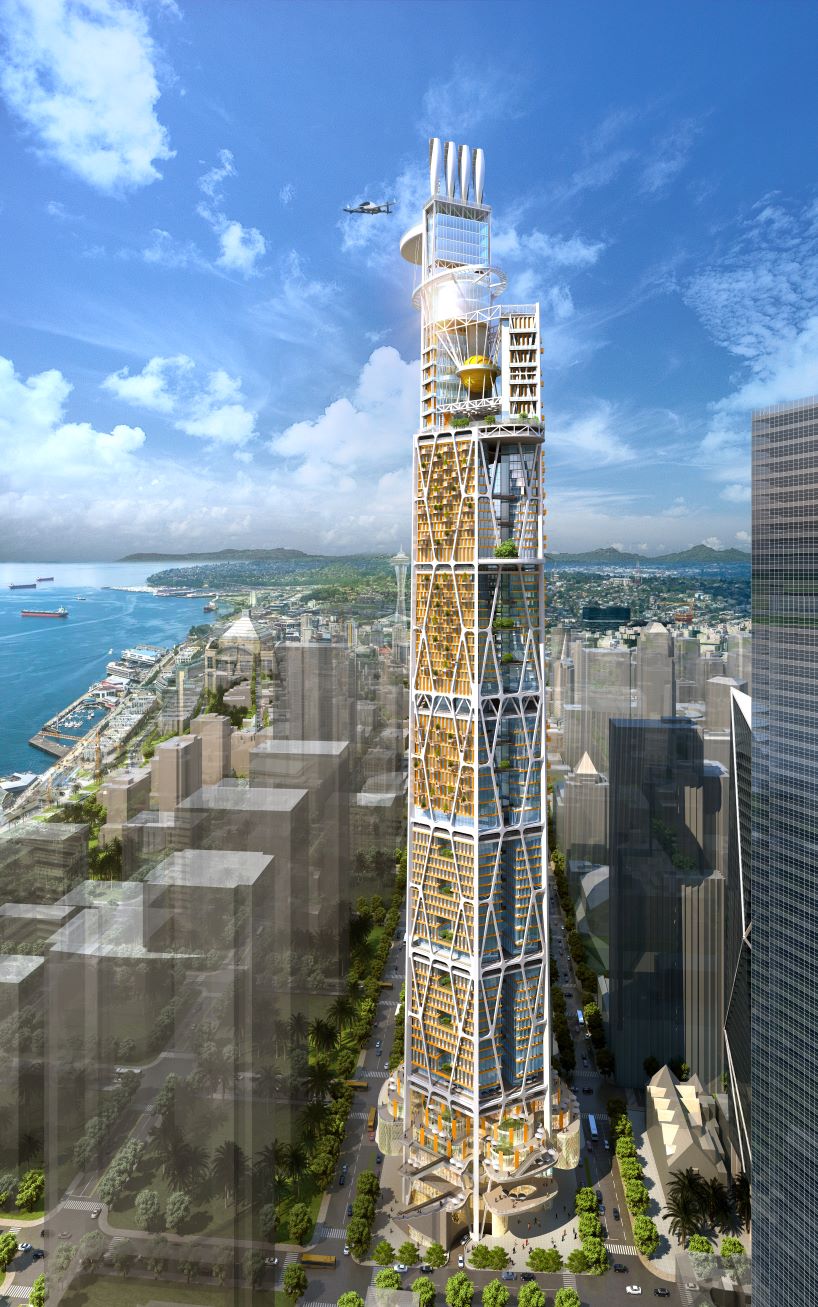 the hybrid structure incorporates a steel exoskeletal frame and concrete cores for lateral and gravity loads. interstitial diaphragm floors every 50m allow 10 to 12 story mass timber ‘urban districts’ to literally straddle within the voids. 90% of the tower’s composition is therefore mass timber, sequestering carbon and facilitating a biophilic ambiance. 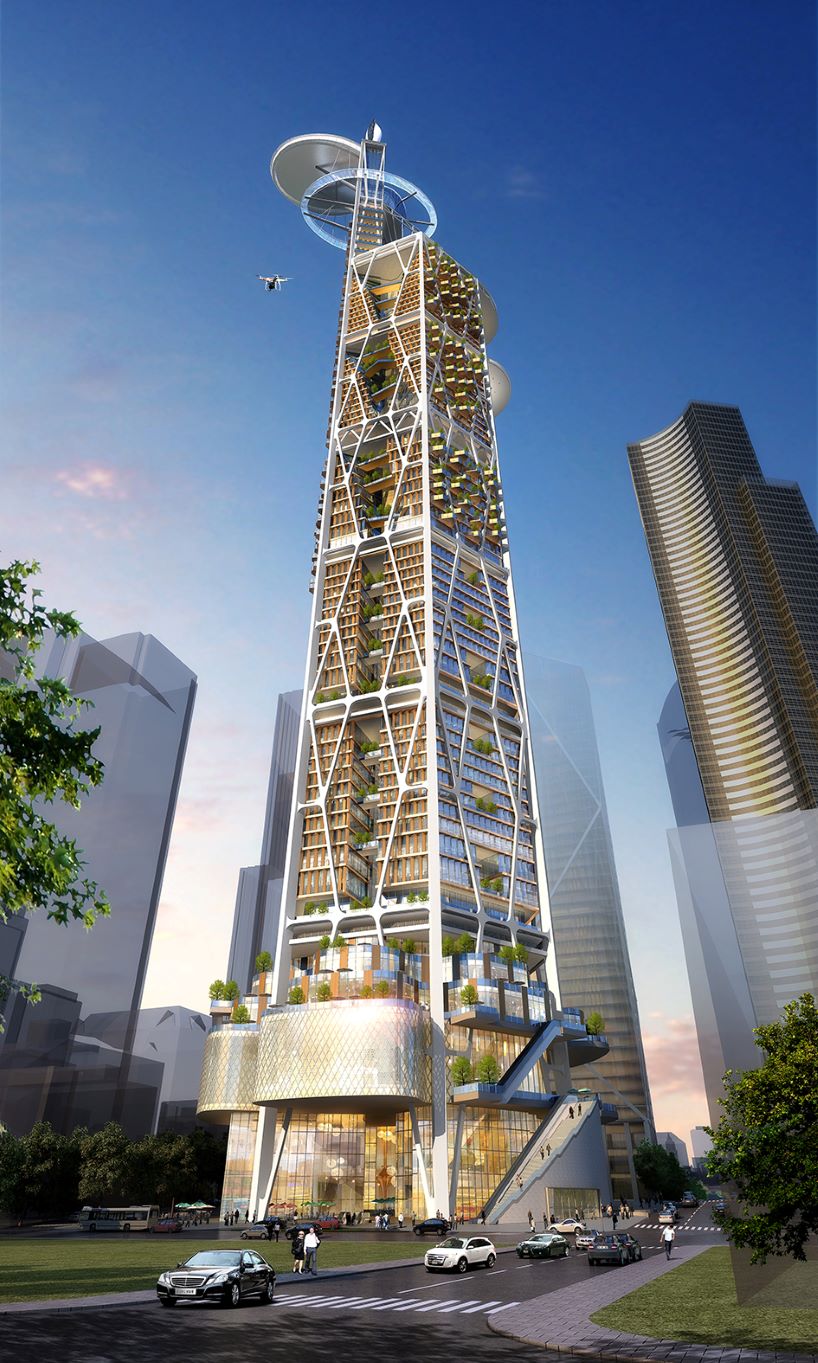 90% of the tower’s composition is mass timber

a suspended pendulum tuned mass damper at the pinnacle counteracts lateral forces on the relatively lighter tower. in addition, a permeable base and multi-level leisure podium oriented to the exterior and a vertiginous ‘cloud walk’ observatory and skyport culminate the iconography of the tower in this picturesque northwestern city. 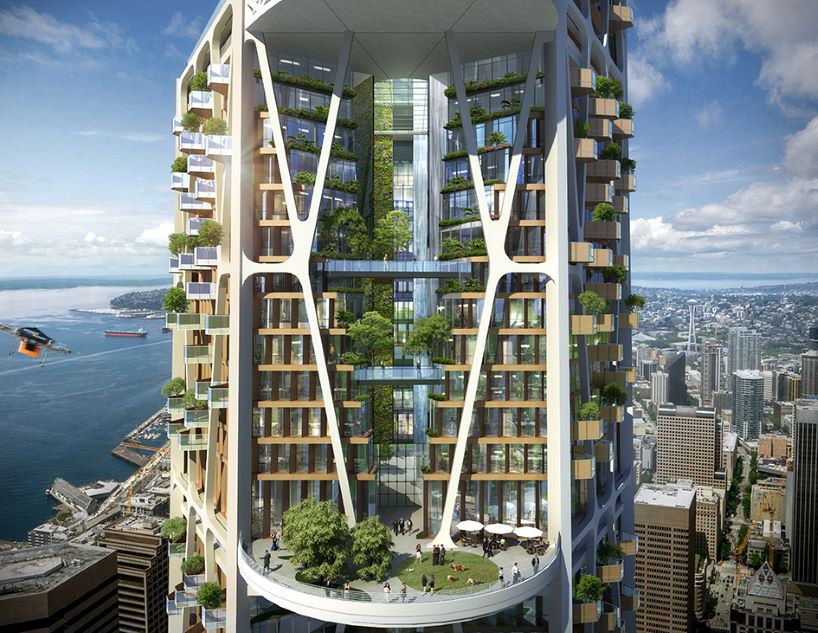 view of the sky park

with a predominant mass timber composition, seattle 2030 hopes to define new paradigms of tall buildings in the US (but also in cities like sydney, singapore, shanghai and seoul). it responds to newer concerns of health and wellness while discarding the notion of hermetically sealed edifices as relics of the past. the overall concept is also meant to encourage stronger thought leadership and political determination to ensure disease control and combat climate change through a new generation of biophilic tall buildings globally. 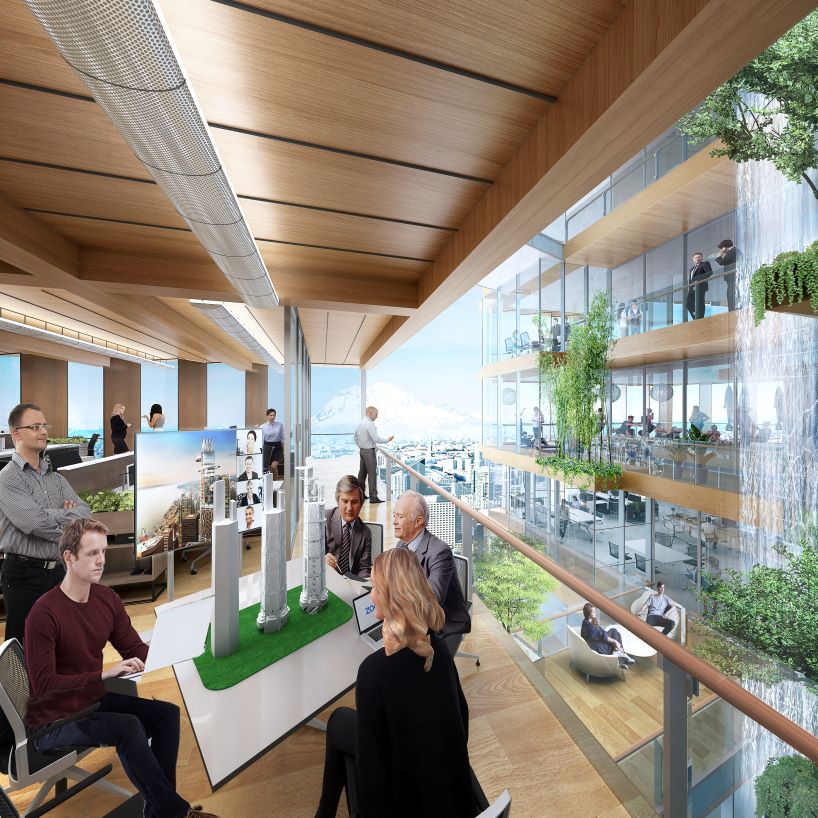 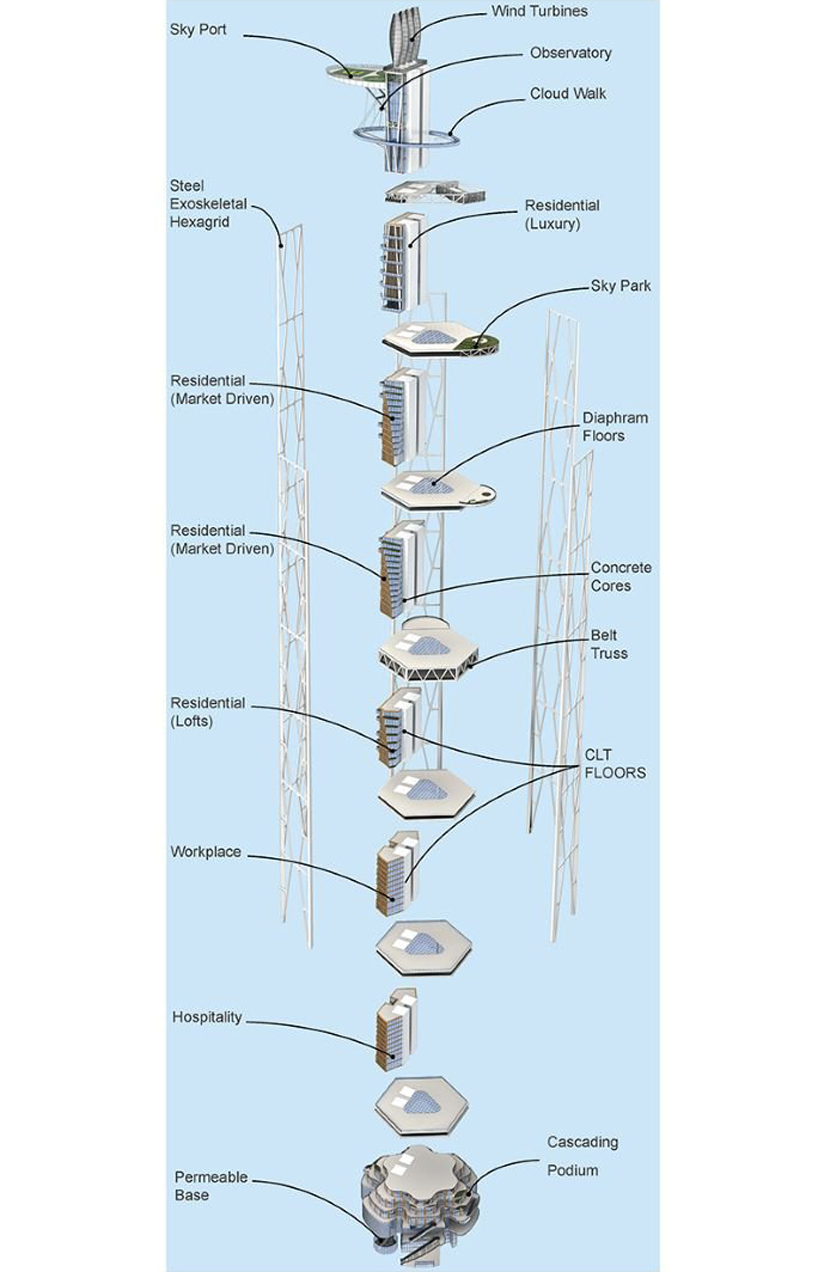 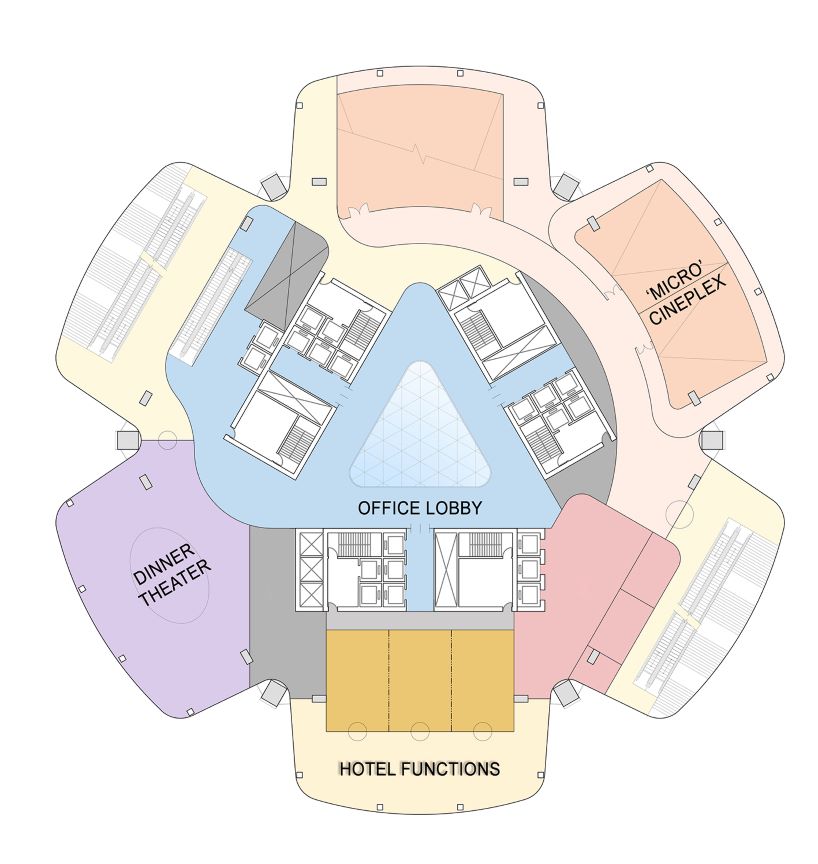 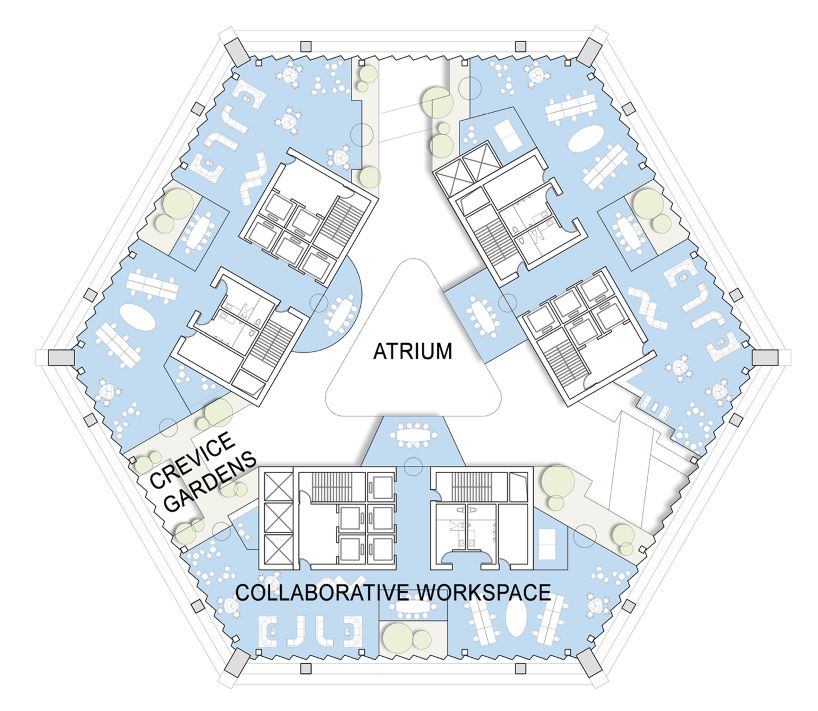 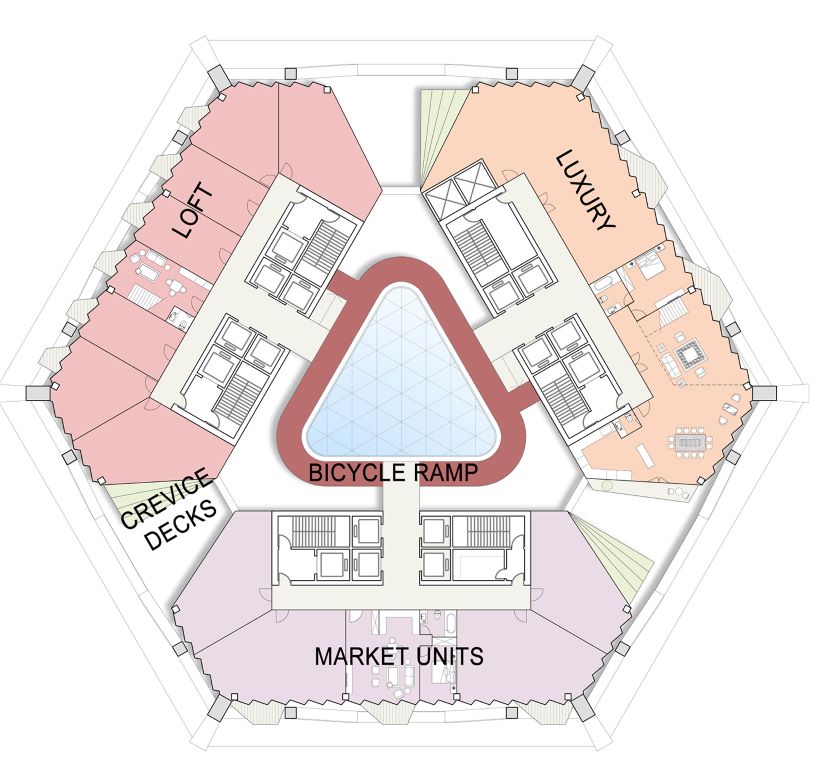 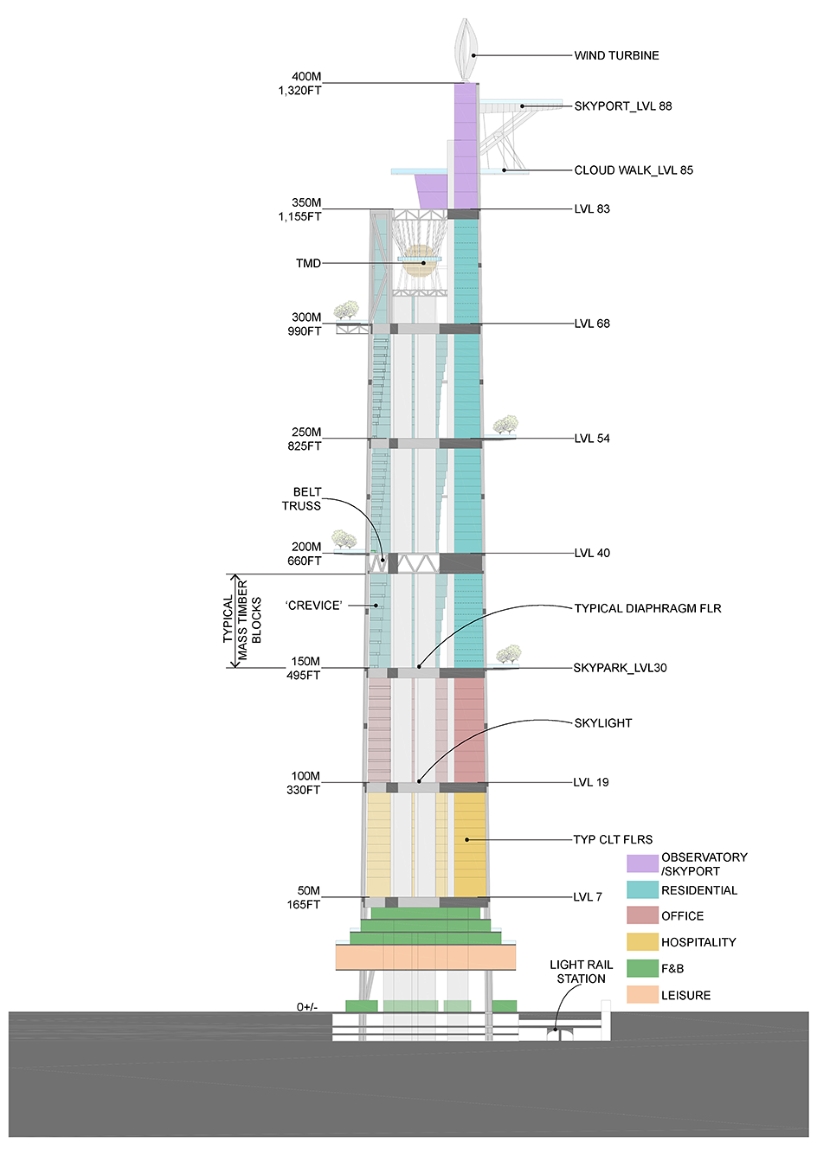 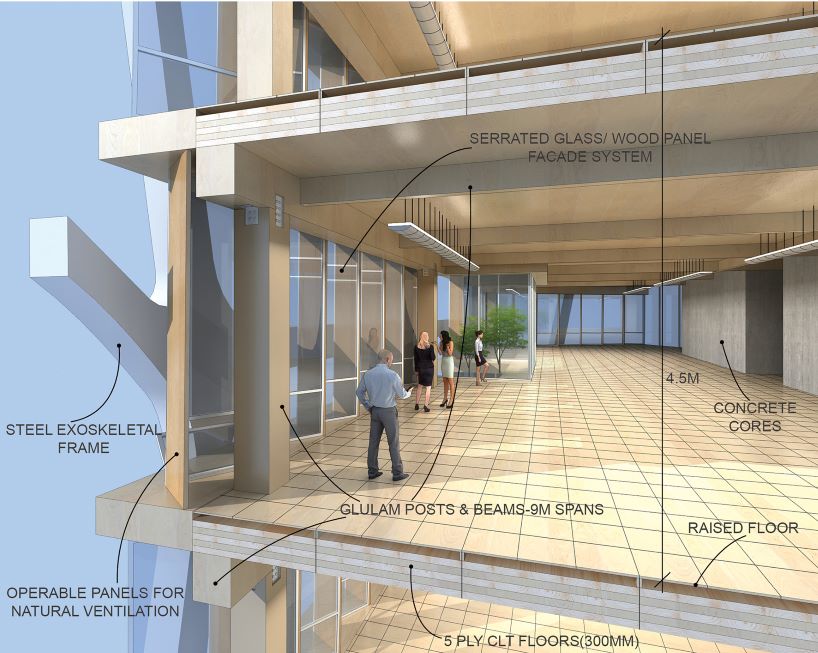