3XN has been selected to design a new aquatics center in sweden, holding off competition from zaha hadid architects and henning larsen architects. located in the city of linköping, the scheme has been named ‘vågen’ — meaning ‘the wave’. the project seeks to establish a relationship between the building and its waterside location, mediating between the city and the lake. importantly, the aquatics center is to be made almost entirely from wood. 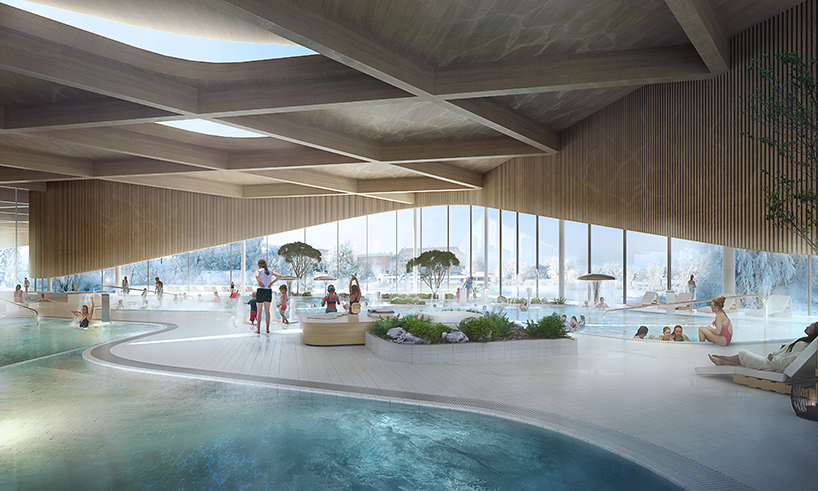 all images courtesy of 3XN

3XN has sculpted the curves of the building to make it appear eroded by the forces of the ocean. stepping down as it approaches the lake, the massing of the structure follows the natural flow of the landscape. the tower, which houses offices within the tallest part of the scheme, is located at the north-eastern corner of the site to avoid shadowing a plaza at the front of the building. 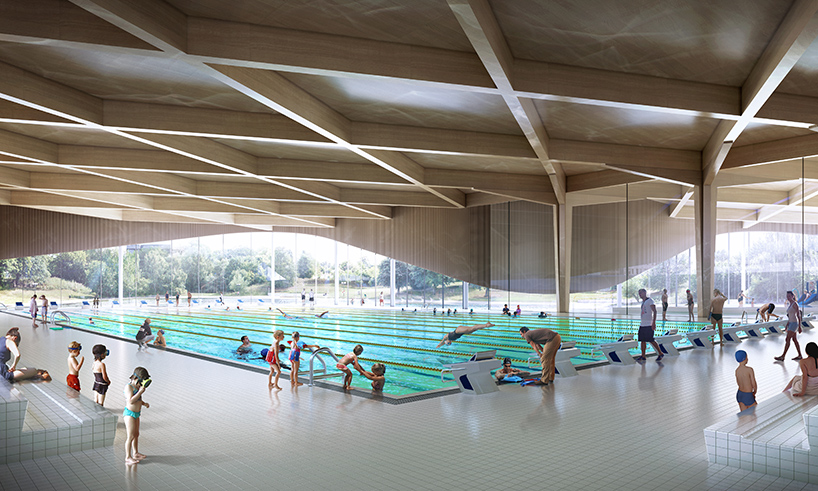 adjoined by restaurants, this public square leads visitors to the building’s entrance. from within the double-height lobby, guests can navigate the building’s different functions and oversee the four different pool areas. ‘we envisioned a building where the architecture gives hints of its functionality, the waveform in the façade as well as the large panoramic windows blur the boundary between pools inside and lake outside,’ explains kim herforth nielsen, founder and principal 3XN. 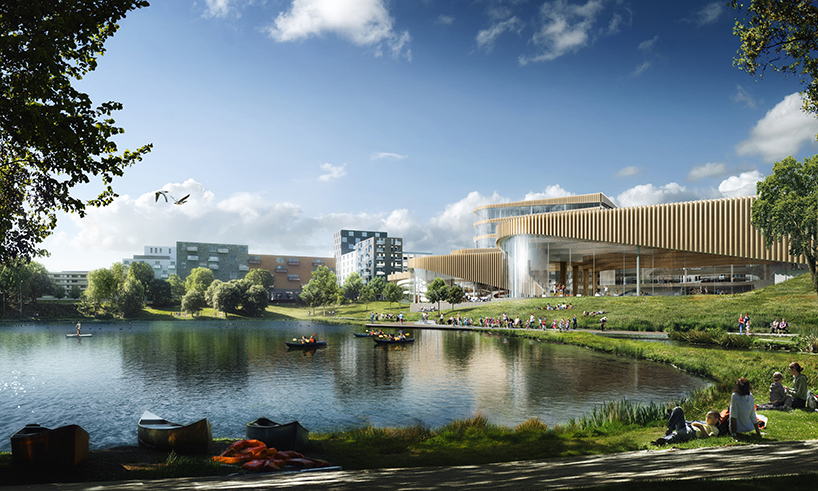 the aquatics center is to be made almost entirely from wood

the competition attracted more than 40 entries, from which four other finalists were chosen: zaha hadid architects, erséus arkitekter, henning larsen architects, and liljewall arkitekter. ‘vågen’ will begin construction in september 2017, and is expected to open in 2021. the project’s total budget is €80 million. 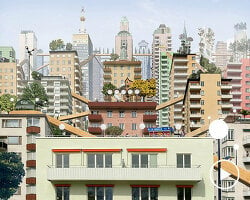