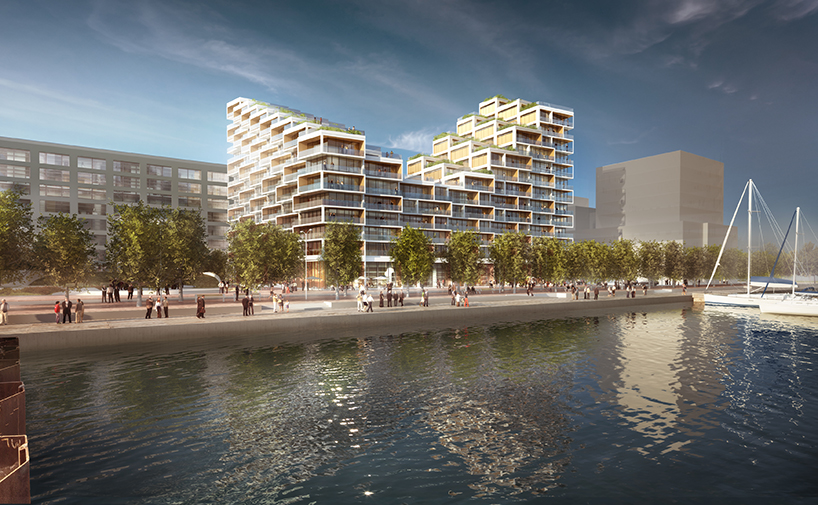 danish architecture practice 3XN has been selected to construct a residential condominium building in toronto — the firm’s first project in north america. the announcement was made by real estate firm hines, and tridel, a canadian condominium developer. ‘bayside toronto’ seeks to establish a vertical neighborhood along the shore of lake ontario, forming a key component of waterfront toronto’s $1.1 billion dollar (CAD) development of the 13-acre site.

located on queen’s quay east in the city’s east bayfront neighborhood, the scheme’s distinctive L-shaped design ensures views out across the water, and allows ample natural light to reach public areas at ground level. the building steps down from its highest point at its north-western corner where it meets the city edge, to an amenity space on the 7th floor, before rising back up towards its eastern façade. 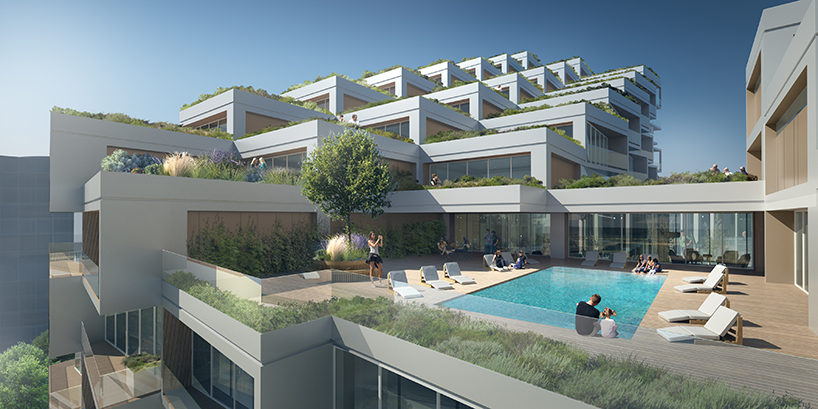 ‘the design puts people first, paying particular attention to the quality of views, space and lifestyle,’ explains kim herforth nielsen, 3XN founder and creative director. ‘the development will command extraordinary views of the water, neighboring parks, and the city skyline. while the stepped L-shape form provides a sculptural quality to the building, the large garden terraces are the hallmark of the design. the terraces will activate the façade, enlivening it with texture, color, depth and variety, while imbuing it with a human scale.’ 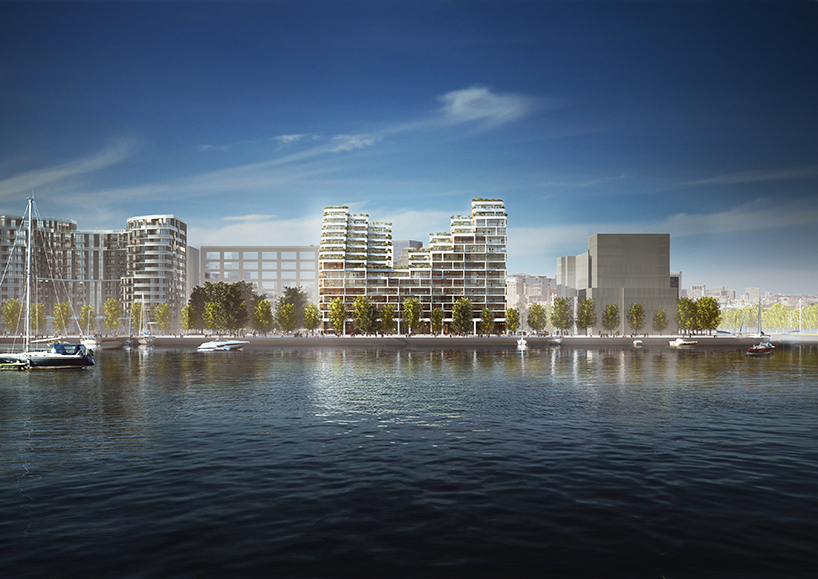 the vertical neighborhood is located along the shore of lake ontario

‘the design competition resulted in some truly inspiring visions, from some of the world’s leading architecture firms,’ says michael gross, senior construction manager at hines. ‘but it was quickly clear to the selection committee that 3XN had not only presented a compelling design, but one that understood the site’s importance to the city and its waterfront regeneration process; the singular opportunities created by its location along the water’s edge; and the market demands of toronto’s sophisticated condominium consumer.’

3XN will now develop the project alongside toronto-based architecture firm kirkor architects, who will serve as the project’s architect of record.