3XN has released new images of ‘olympic house’, the new home of the international olympic committee in lausanne. construction photographs highlight the building’s circular staircase — which echoes the form of the famous olympic rings — as well as the sinuous structure rising at the construction site. the headquarters — first unveiled in 2014 — have been conceived around three key objectives: movement, flexibility, and sustainability. meanwhile, the interior is designed with as few structural constraints as possible, and has an eight-meter column free zone from the façade into the building. 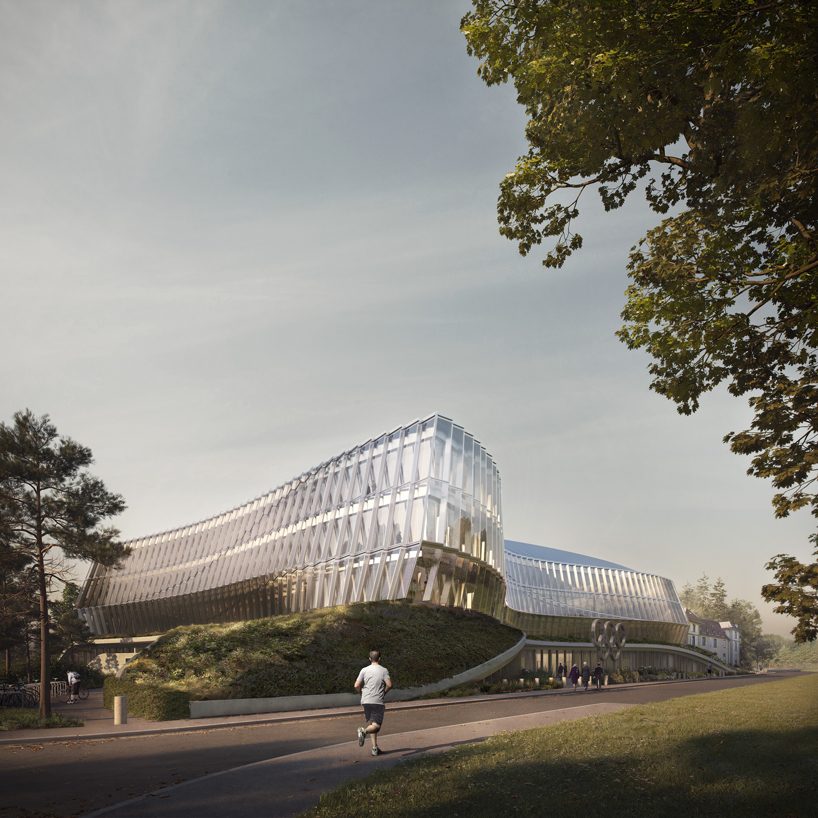 a transparent double glass façade is the hallmark of 3XN’s design for the IOC’s new home. comprising a straight inner layer and a curving, faceted outer layer, the result is a dynamic form that evokes the movement of an athlete. by optimizing the ‘façade to floor plate’ ratio and creating a fully glazed façade from floor to ceiling, the design draws daylight deep into the building. the inner layer features an integrated sunscreen, which enables the outer later to maintain its fully glazed and transparent appearance. as there is a highway close to the building’s north side, the double façade also provides noise reduction for the interiors. 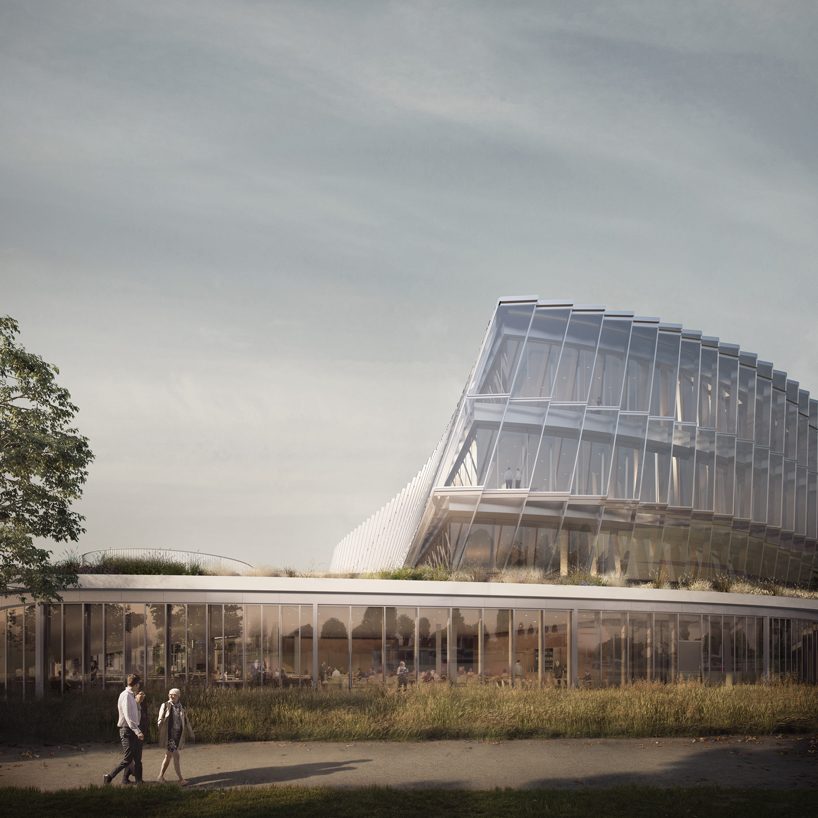 ‘with its dynamic, undulating façade, the building will appear different from all angles and convey the energy of an athlete in motion,’ explains jan ammundsen, senior partner and head of design at 3XN. ‘its interior is designed with as few structural constraints as possible. this open and flexible environment is meant to adapt for multiple work styles now and in the future.’ 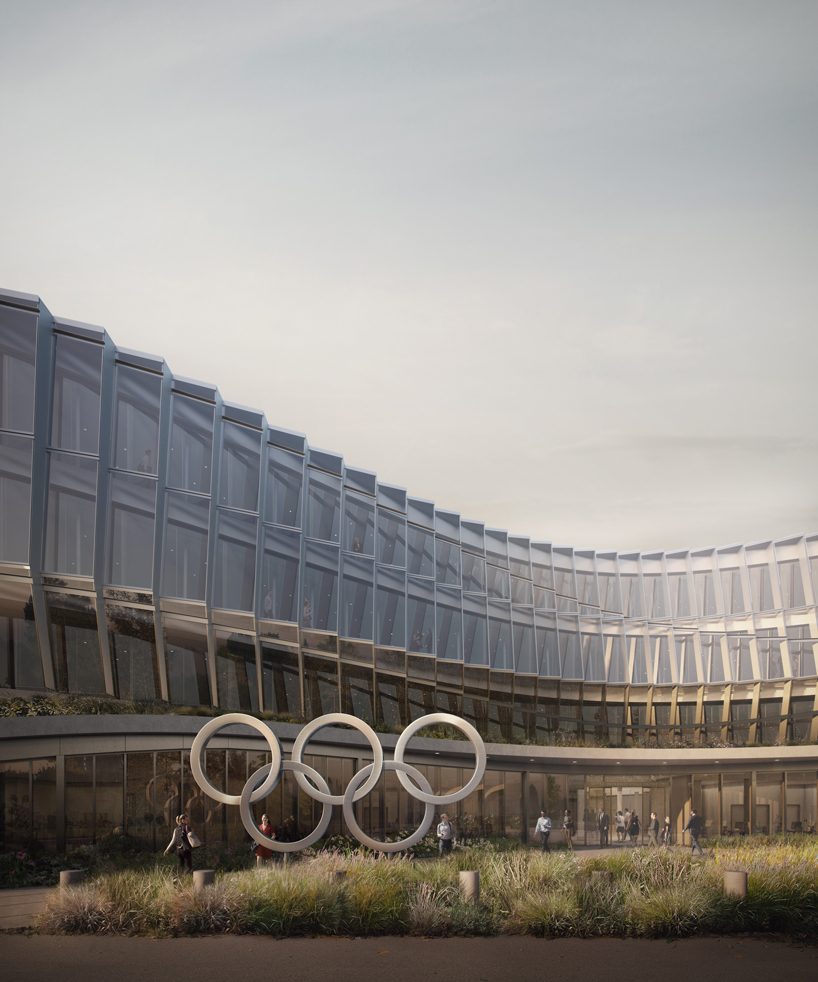 the IOC headquarters will be a one of the world’s most energy efficient glass buildings, and aims to achieve the highest sustainable development standards. solar panels on the roof — and out of sight — will produce an amount of electricity equivalent to the consumption of 60 swiss households. this electricity will allow the building to be self-sufficient in terms of its heating, ventilation, cooling, and hot water systems. once inaugurated in early 2019, the new building will bring together 600 employees, currently working in disparate offices throughout the city. 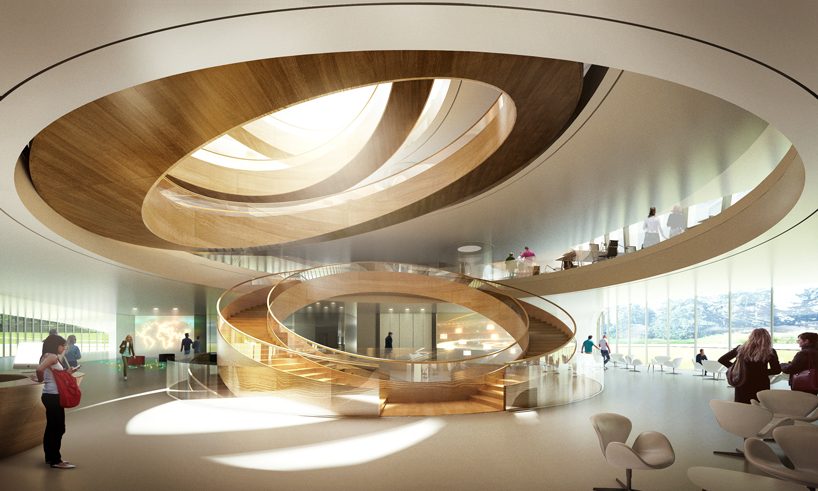 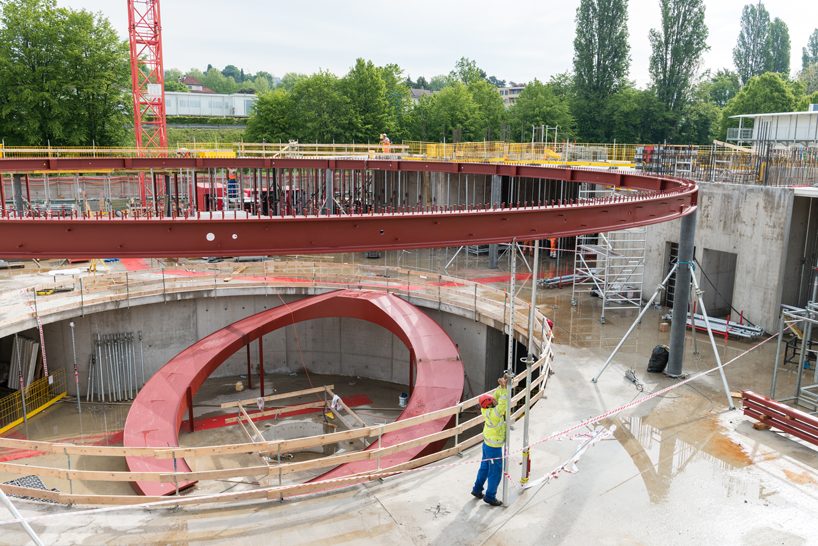 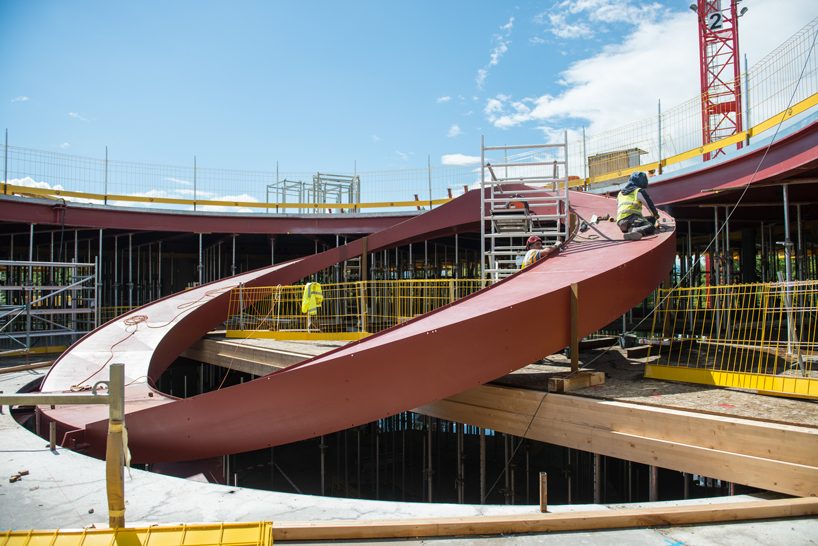 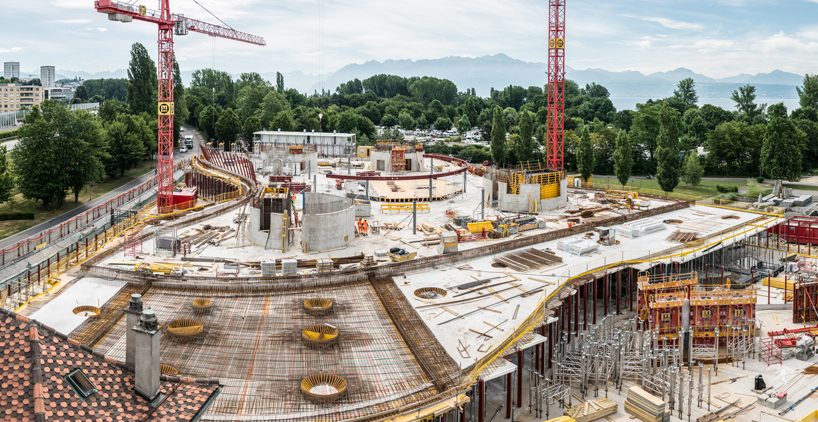 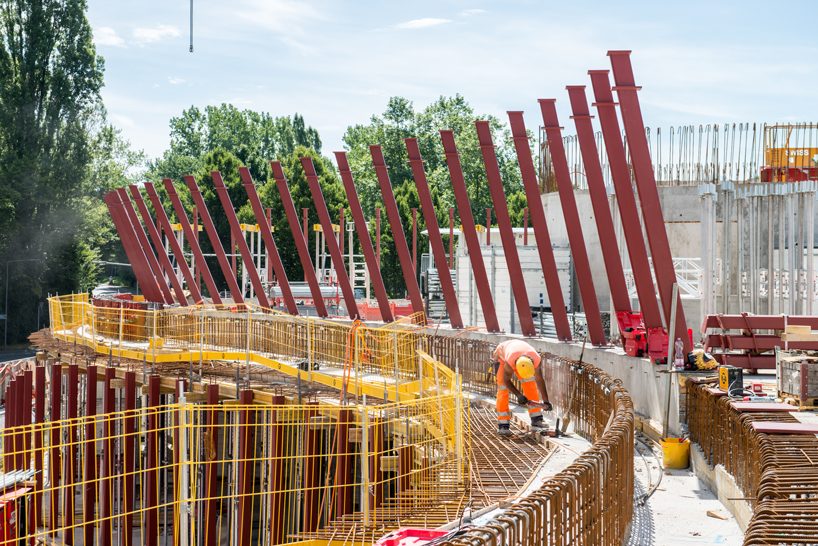 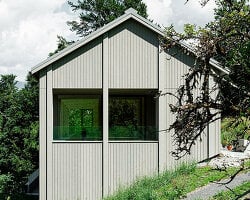 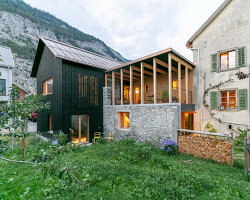