UPDATE: on february 15, 2016, it was announced that 3XN had been granted preliminary approval for the project by local authorities. the copenhagen-based firm anticipates that final approval for the tower will be received by the summer of 2016.

commissioned by developer jens richard pedersen, architecture office 3XN has presented its design for ‘la tour’, a 31-floor residential building planned for aarhus, denmark. situated near a major vehicular route into the city, the project aims to become a prominent visual feature of the neighborhood, while providing high-quality and affordable housing. the structure is arranged in a semicircular plan, and transitions from a low-rise volume into a high-rise tower with a terraced configuration. the organization allows for optimized views, increased daylight exposure, as well as balconies for each living unit. 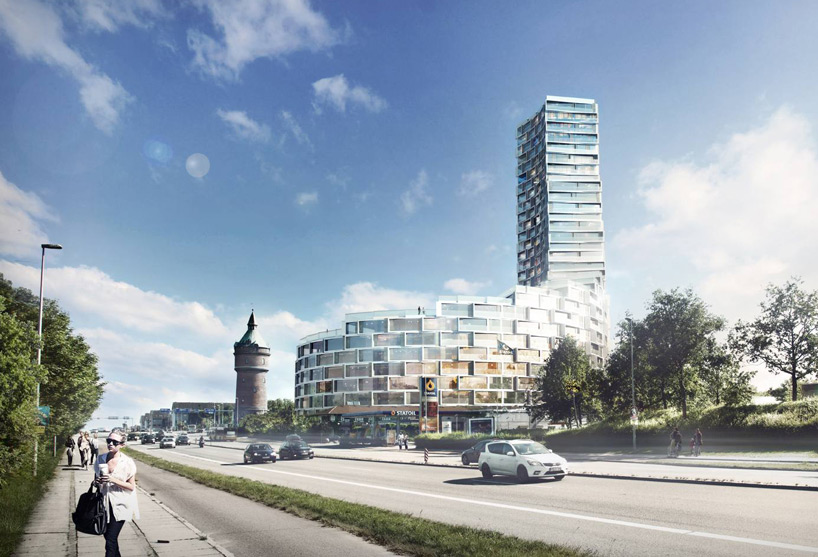 the tower will include almost 300 living units, composed primarily of three-bedroom apartments as well as larger layouts on the upper levels. each dwelling is expressed on the building’s façades to break down the large elevations of the facility. 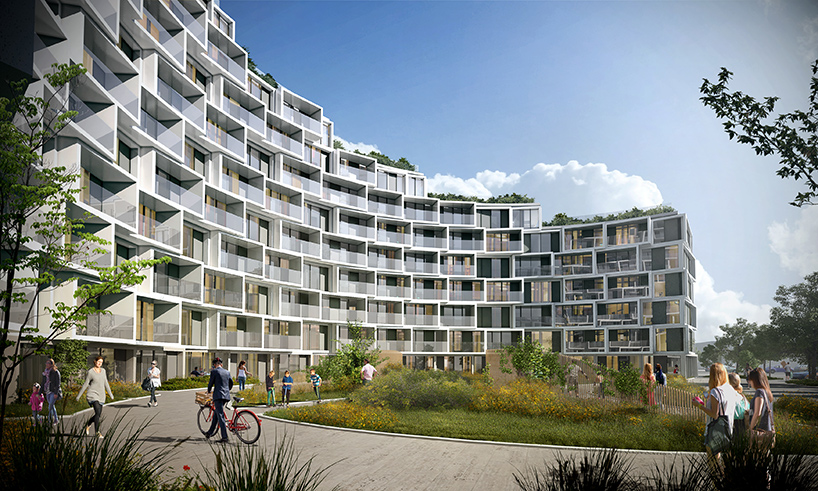 the tower will include almost 300 living units

in particular, attention was paid to a landmark water tower located adjacent to the site, resulting in the design’s lower height toward the street. in regards to this aspect, founder and creative director of 3XN, kim herforth nielsen, remarks, ‘we have ensured that the water tower in no means disappears behind the new tower but instead retains its character as point of reference and remains a worthy partner in the skyline of the local area.’ 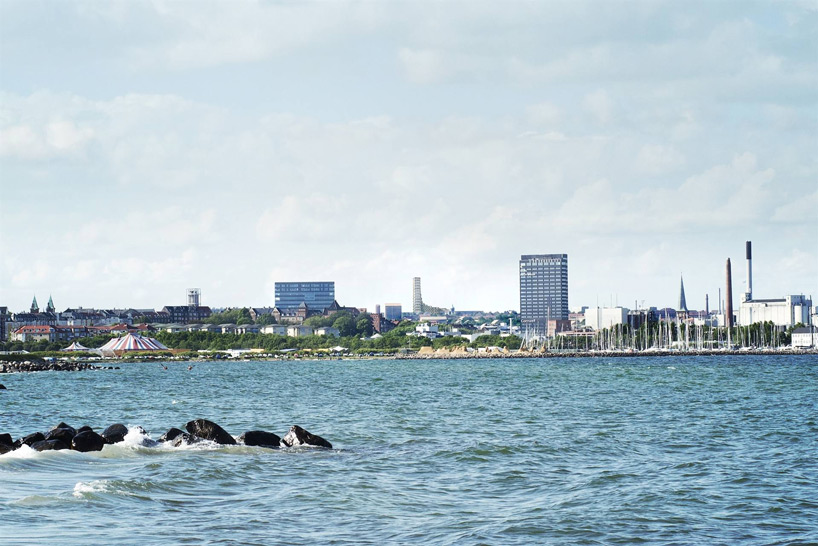 in describing the project’s intentions, developer jens richard pedersen states, ‘with the design of the ‘la tour tower’ we are able to offer the residents accommodation near the city center as well as offering them attractive physical surroundings in terms of functional and economically accessible homes with balcony and a spectacular view. the many apartments will bring life to the neighborhood and the striking design of the building will strengthen the entire identity of the area.‘ 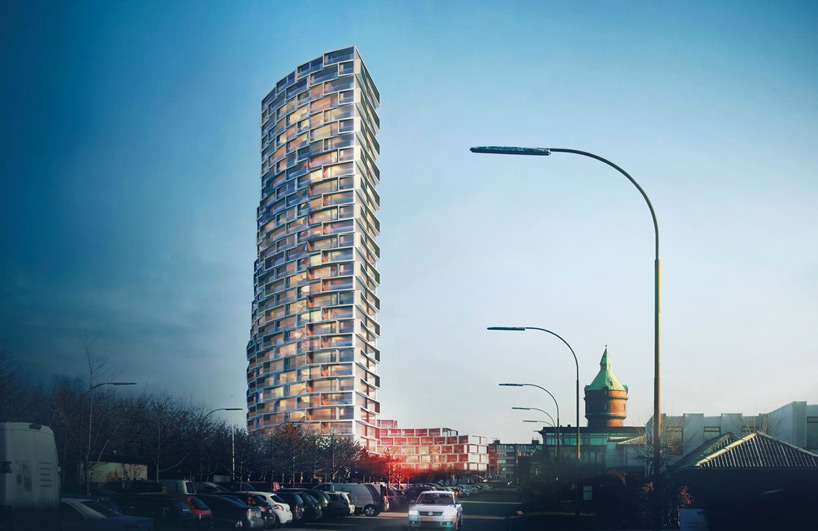 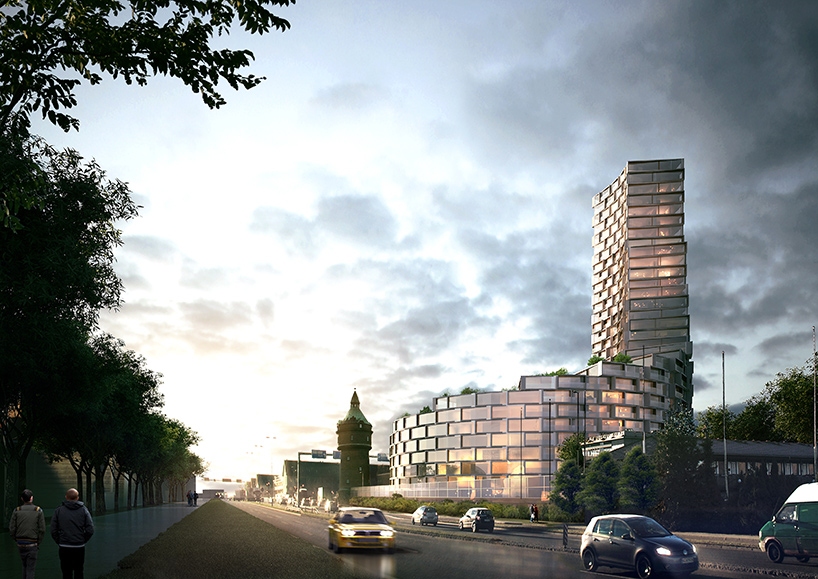 the tower viewed from the passing street at dusk 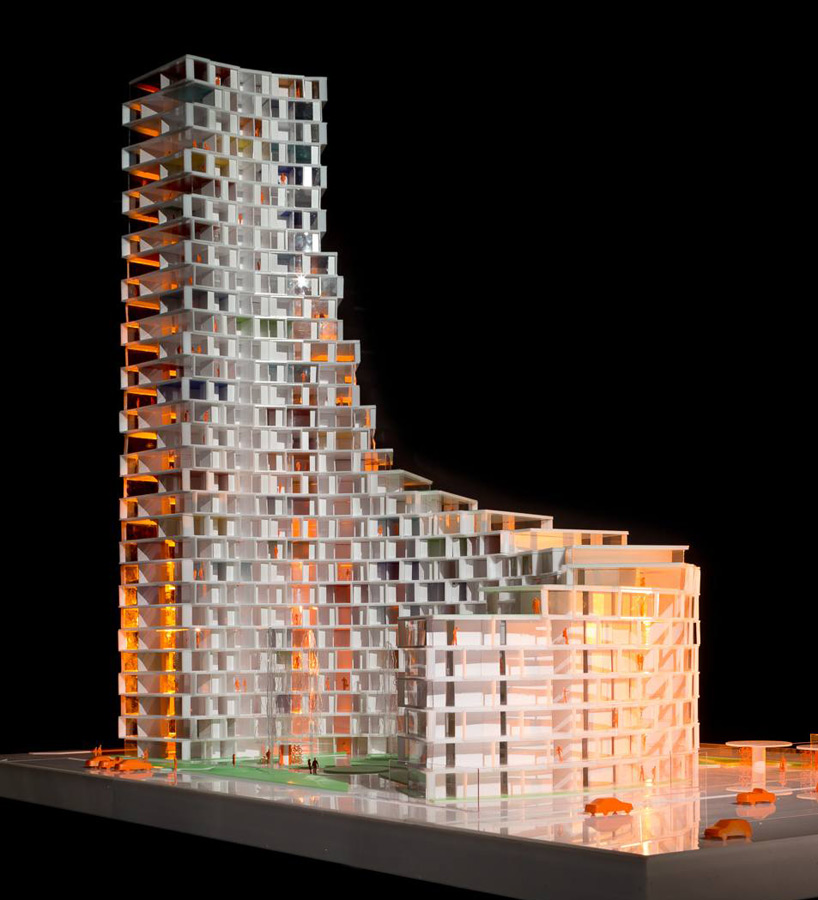 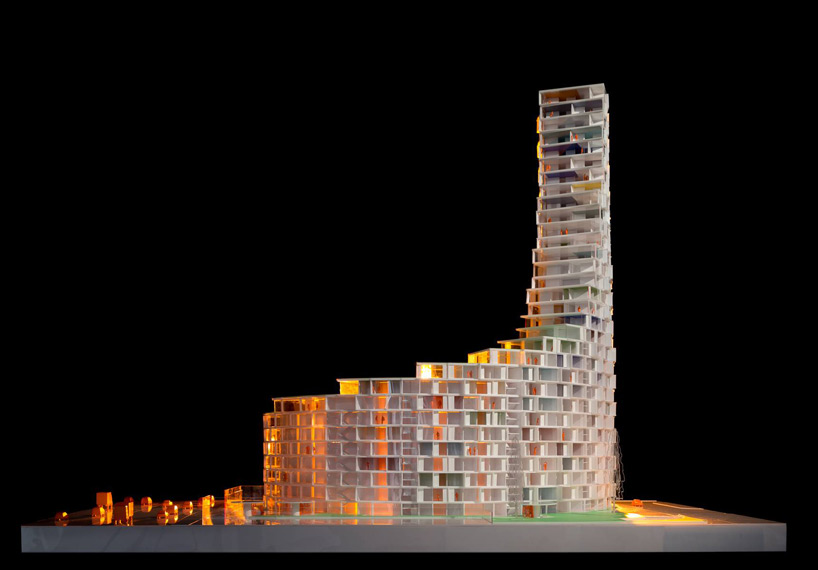 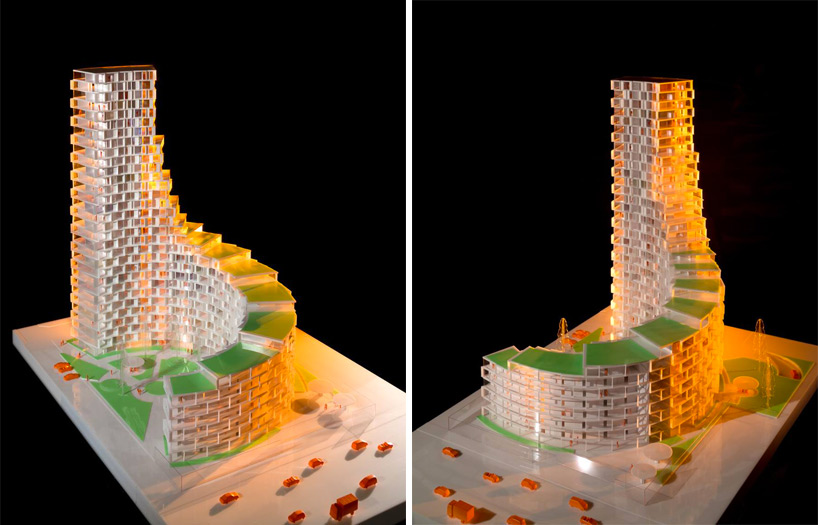 the scheme wraps around an outdoor plaza 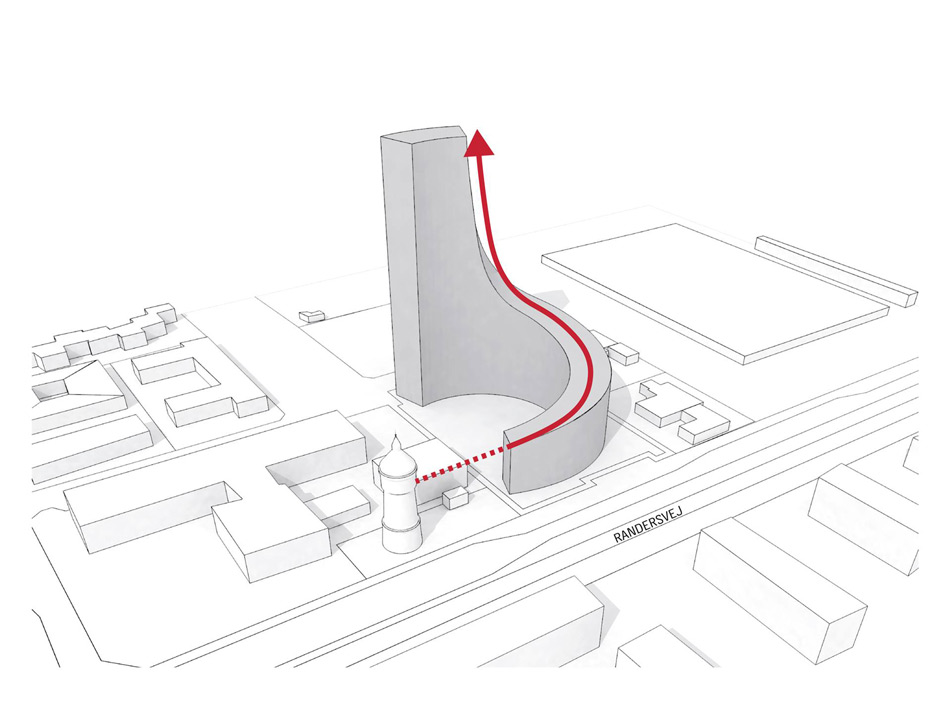 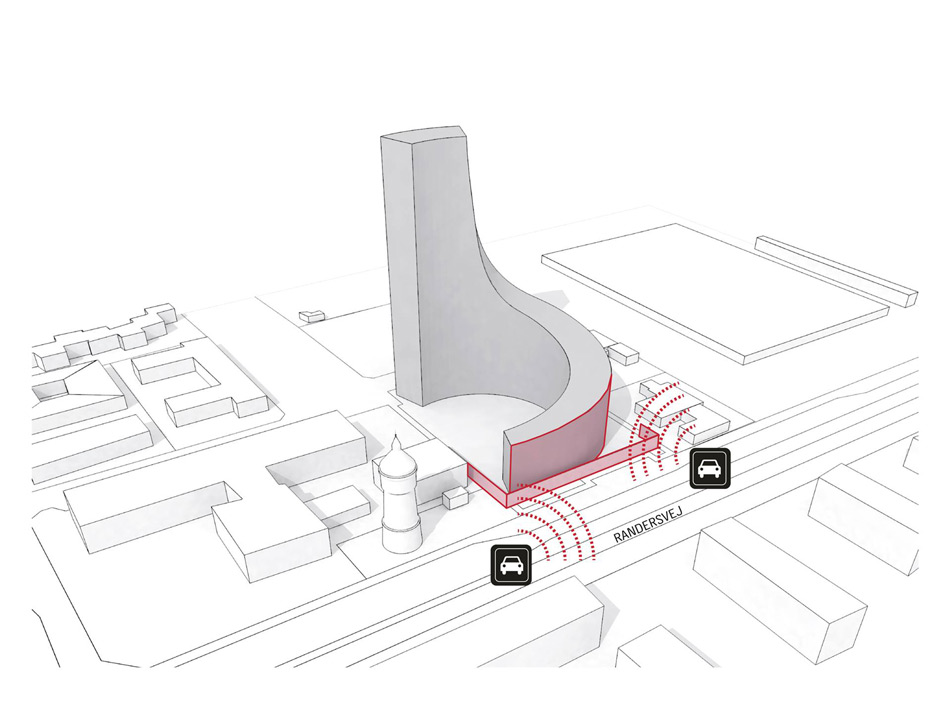 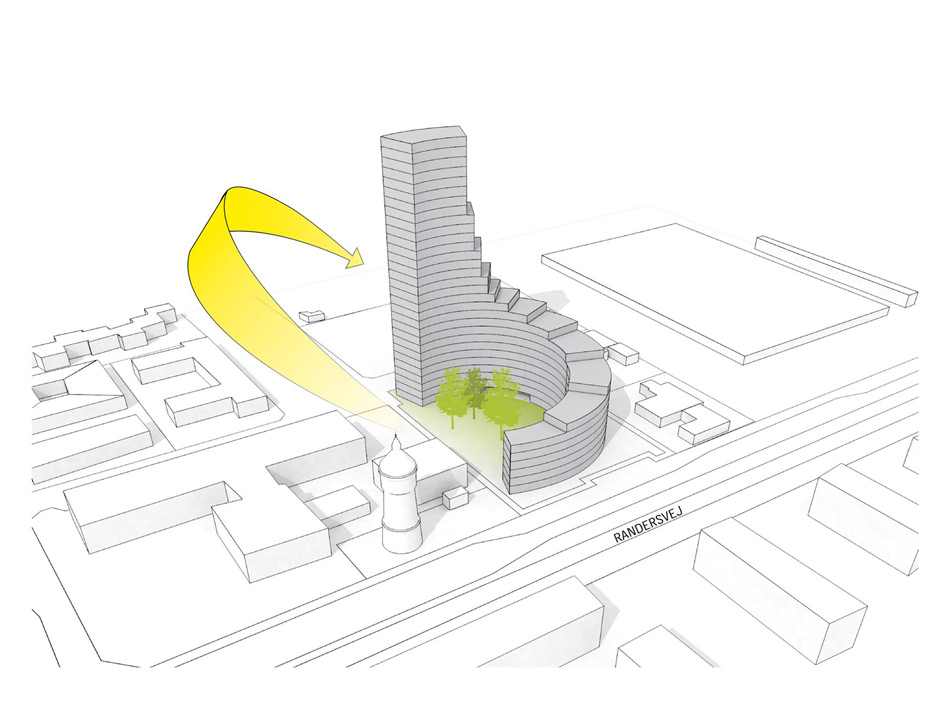 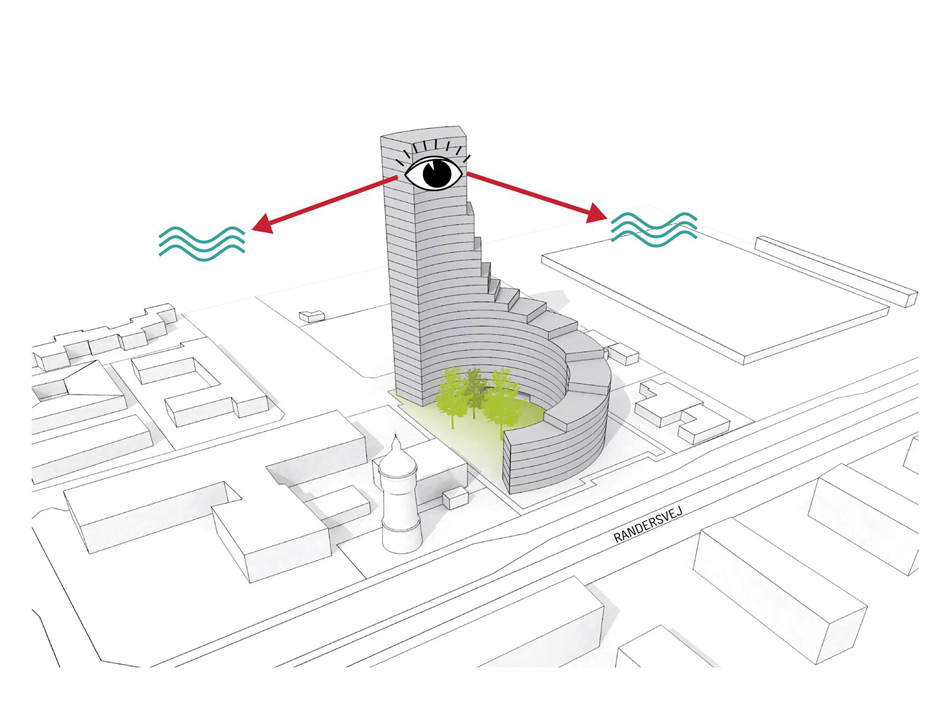