copenhagen-based firm 3XN has unveiled its first north american high-rise, a 43 storey-tower planned for toronto’s church and wellesley district. the project was developed in close consultation with the neighborhood and involved three community engagement sessions over the course of three months. ‘we took a radical approach to the design process by engaging the community in at the earliest opportunity,’ explains kim herforth nielsen, founder and creative director at 3XN. ‘in fact, this was before our team had even started to sketch ideas. inviting the public into the design process proved to be a powerful resource and have made significant contributions to the project we couldn’t otherwise have achieved.’ 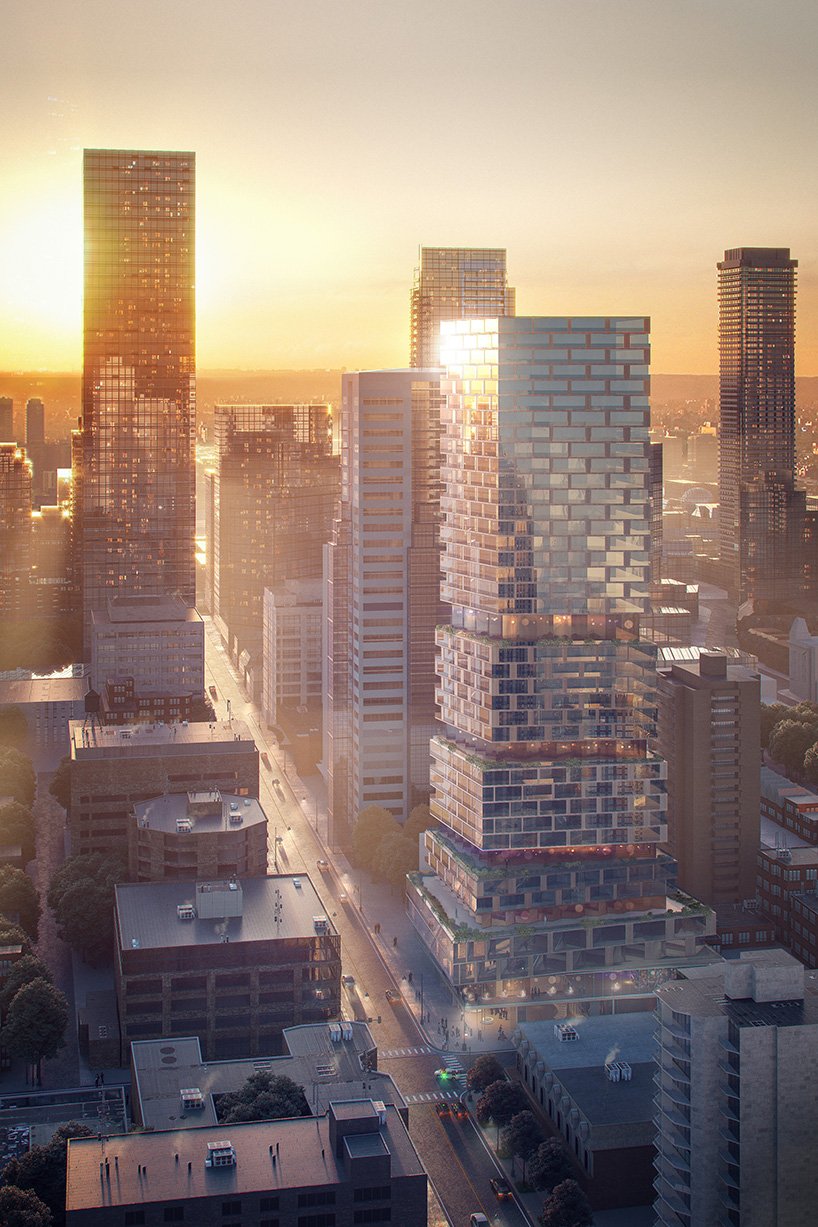 all images courtesy of 3XN

in january 2017, the first round of consultation reflected the neighborhood’s concerns and ambitions, which were used as the basis for six different design principles. following the roundtable discussion, 3XN came up with seven conceptual designs for the development’s podium, which were brought to the second consultation in february. at the third meeting on march 23, two refined options for the podium concepts were revealed, presenting a combination of favored elements from the seven initial designs, along with a proposed plan for the tower. 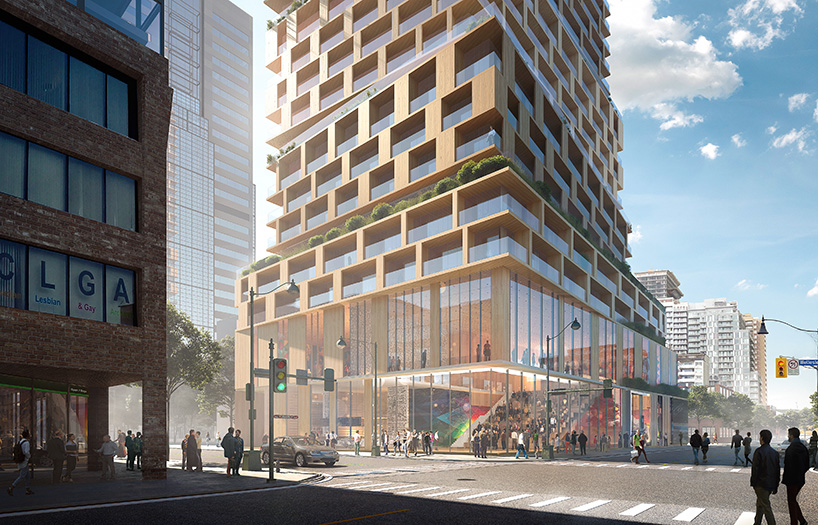 backed by canadian developer one properties, the tower is planned for the northwest corner of the intersection between church and wellesley, or what is known to many as the heart of toronto’s LGBTQ community. ‘the corner has the potential to become the heart of the village. the community wants something extroverted,’ says ken greenberg, former director of urban design and architecture for the city of toronto, who moderated the three community engagement meetings. 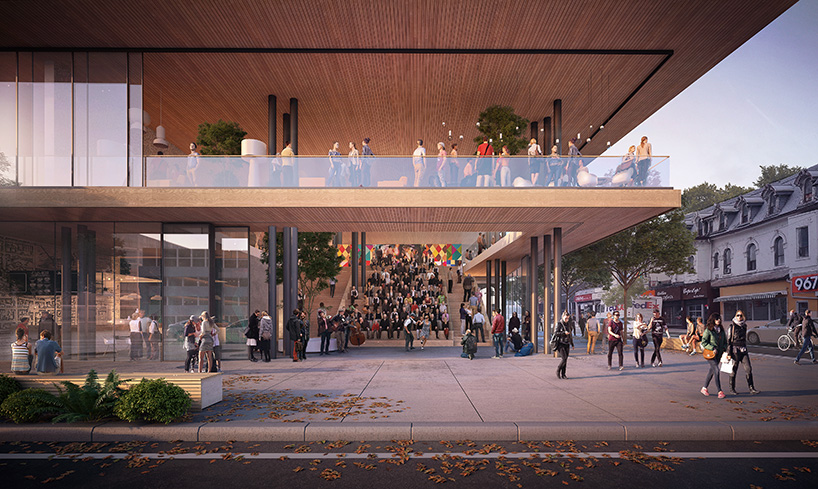 in developing the tower, 3XN sought to design from the bottom up. consequently, the podium serves as a central public space within the neighborhood. at the building’s base, a two-storey plaza is oriented towards the intersection — used for informal gatherings as well as marquee events such as toronto’s annual pride celebration. the floors are connected by a grand staircase that doubles as a seating area, while the upper level ‘cat walk’ is intended as a vantage point for watching the street. additionally, retractable glass can open or close off the plaza depending on the weather. 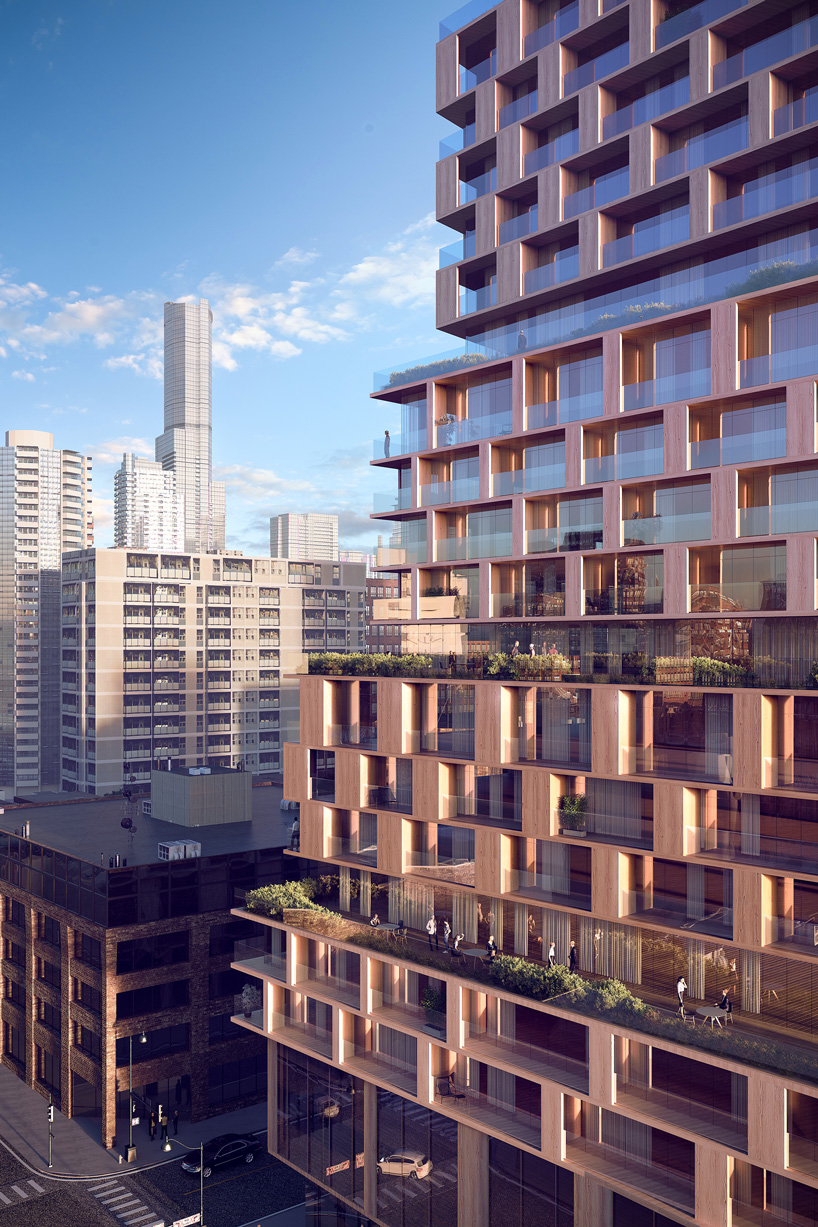 the building will feature 430 rental units, all with balconies

conceived as a ‘vertical village’, the 153 meter-tall tower (495 feet) is divided into four separate masses. ‘the building has two identities, one for church street, which is low-rise and retail; and one for wellesley street — a more conventional tall building reflecting the urban development of downtown toronto,’ explains the design team. ‘stepbacks above the 8th, 13th, and 19th floors create distinct volumes that create a transition between the base volume and the tower element while shifting much of the massing towards the center of the development site.’ 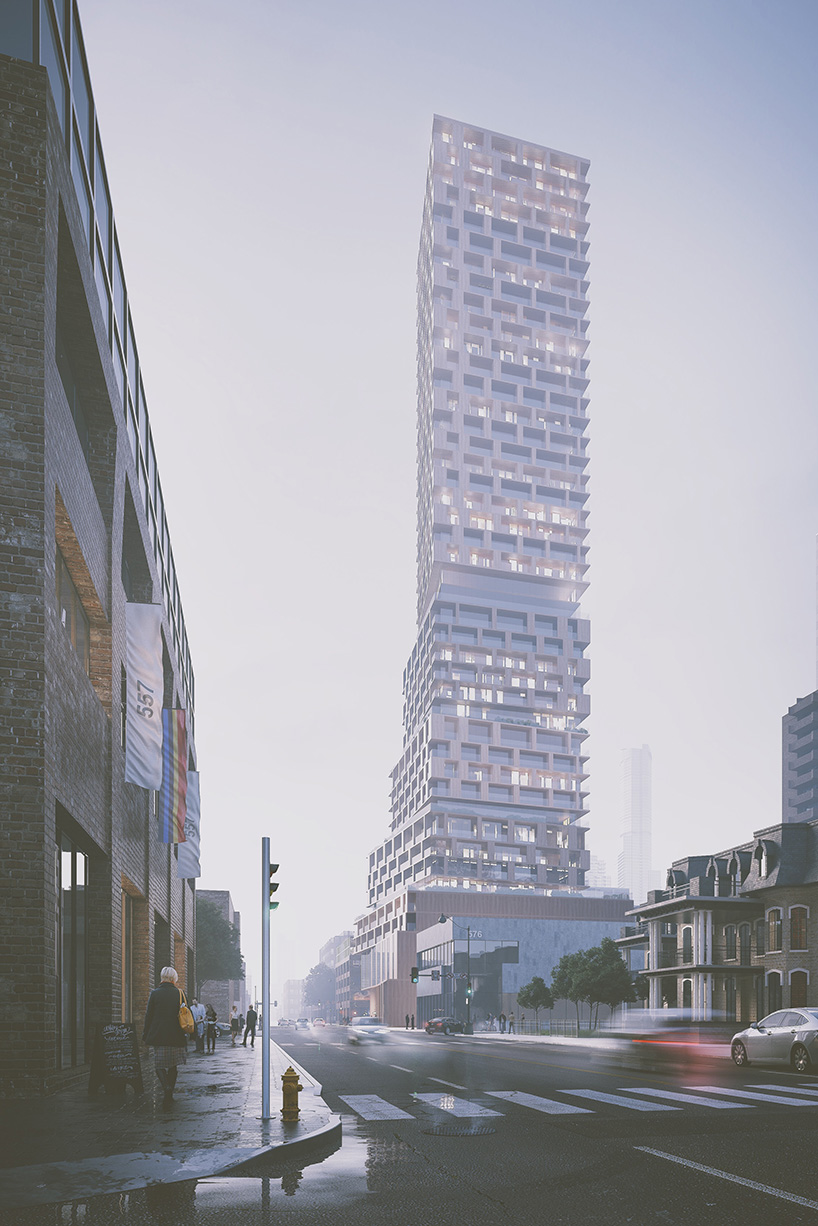 containing a total of 430 rental units, the tower’s residences are served by an indoor amenity space that adjoins a wraparound terrace with views overlooking the neighborhood. on site amenities include a lounge with kitchen and dining space, a theater room, saunas, and fitness and yoga areas. construction is expected to begin in 2019, with a completion date scheduled for 2021. 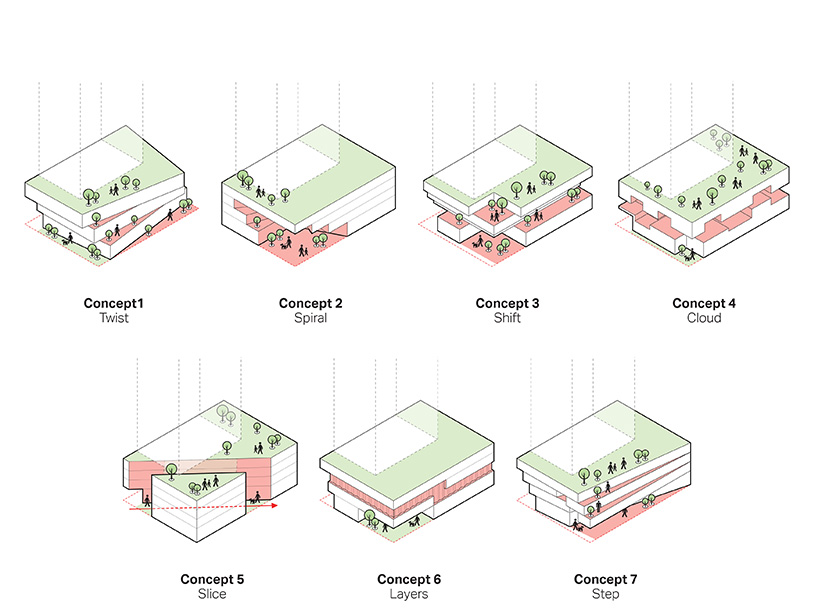 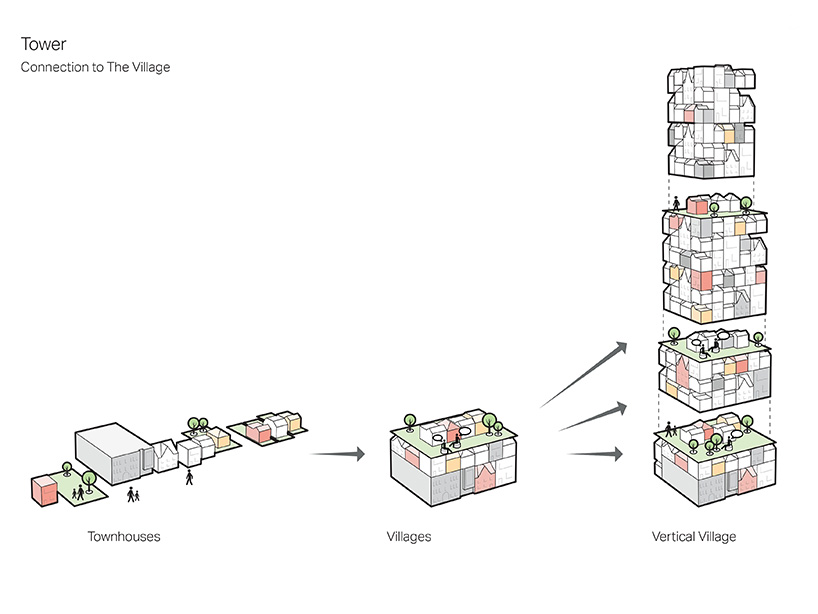 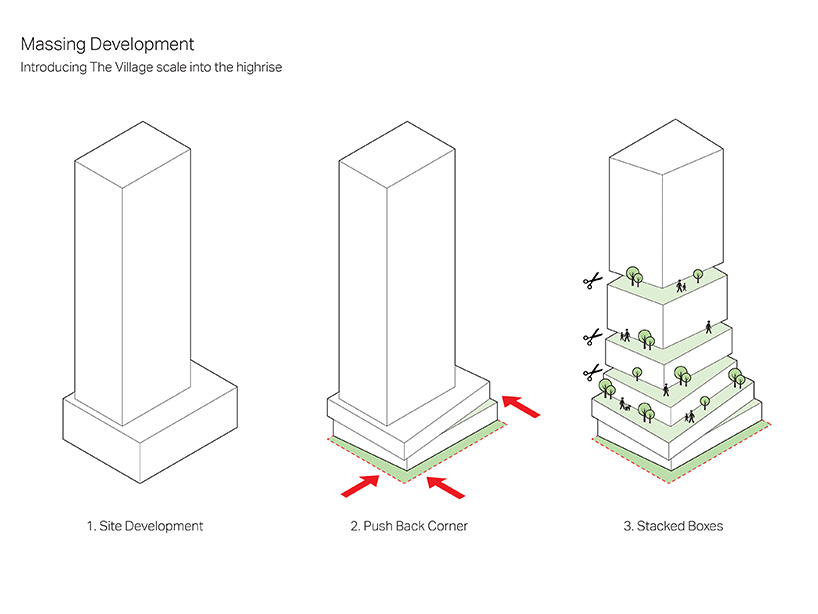 the project has been based around a series of six principles