ctrl+space held an open competition calling for proposals of a marketplace to be built in the center of istanbul, turkey. the winning proposal would represent a cultural beacon, providing an intersection in a city famous for its historically rich trading practices. 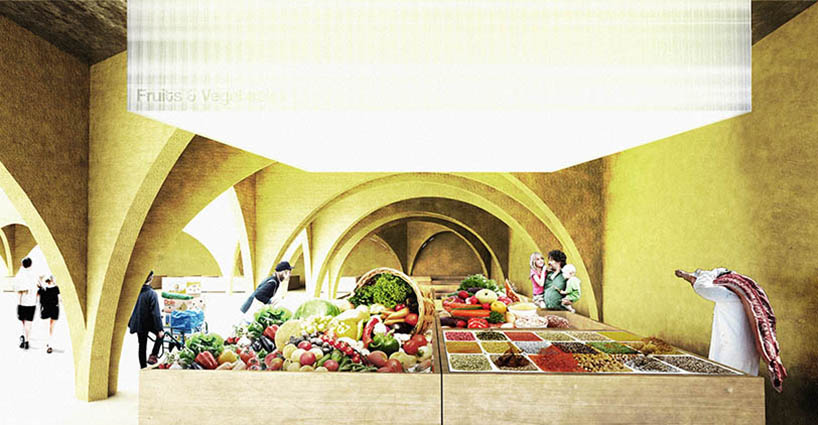 architect benoit bourd entered the contest with his proposal, ‘a cloud in the city’. the dynamic concept has the ability to rapidly change its internal layout to be adapted to any number of needs from day-by-day to years and beyond. more than simply a marketplace, its highly flexible organization is compatible for functions like a cinema, outdoor theater, festival and event space, and others. 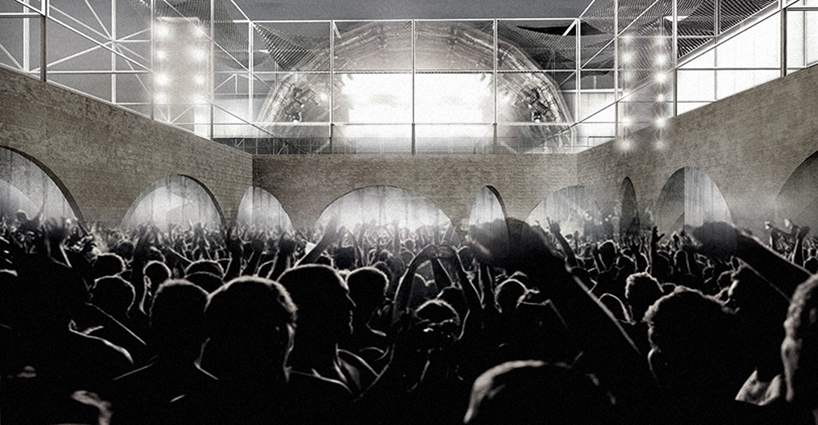 ‘a cloud in the city’ is a warmly colored, partially open form. it’s uniqueness could easily become a landmark, and simultaneously makes it more approachable then a closed structure. a scaffolding of metal beams composes the second floor, with a meshed fabric roof covering. the external second level is easily accessible, and creates more opportunities for activities due to its overlooking the central courtyard. the proposal was given an honorable mention in the competition that has since ended. 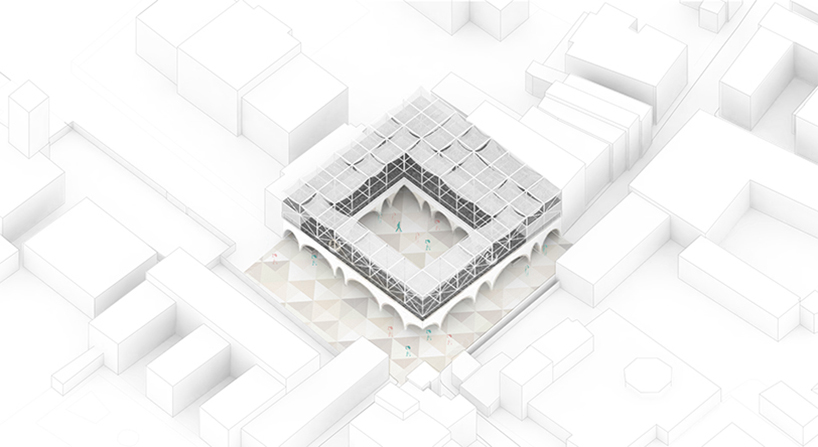 structural qualities in relation to surroundings 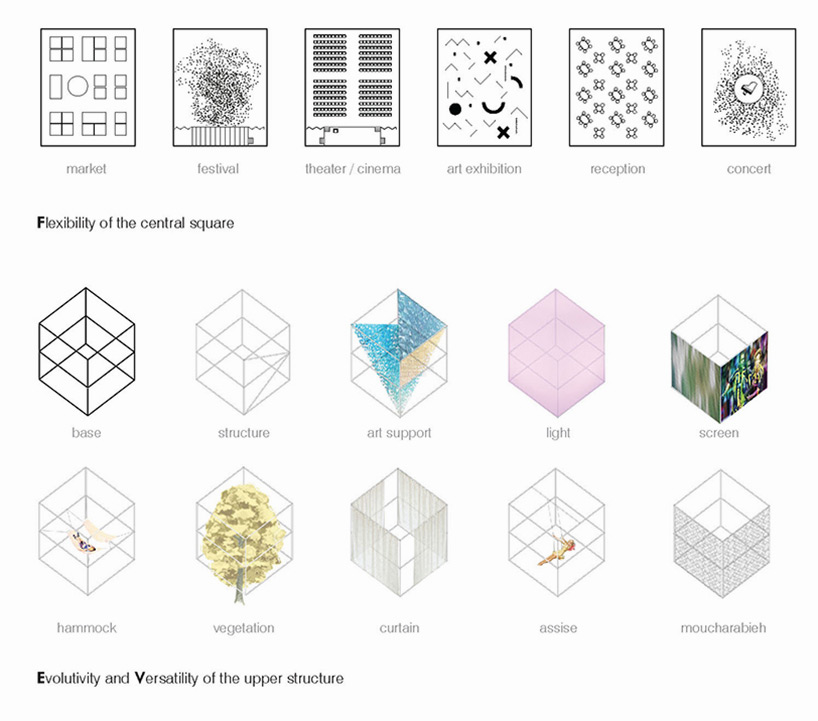 the form is scalable and highly flexible 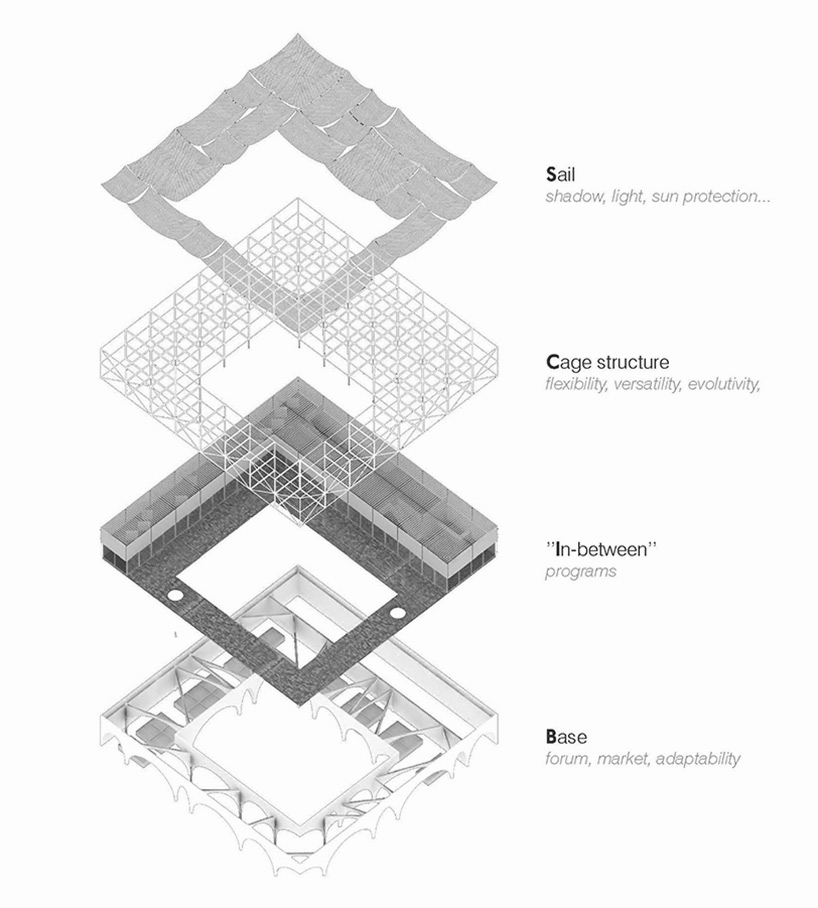 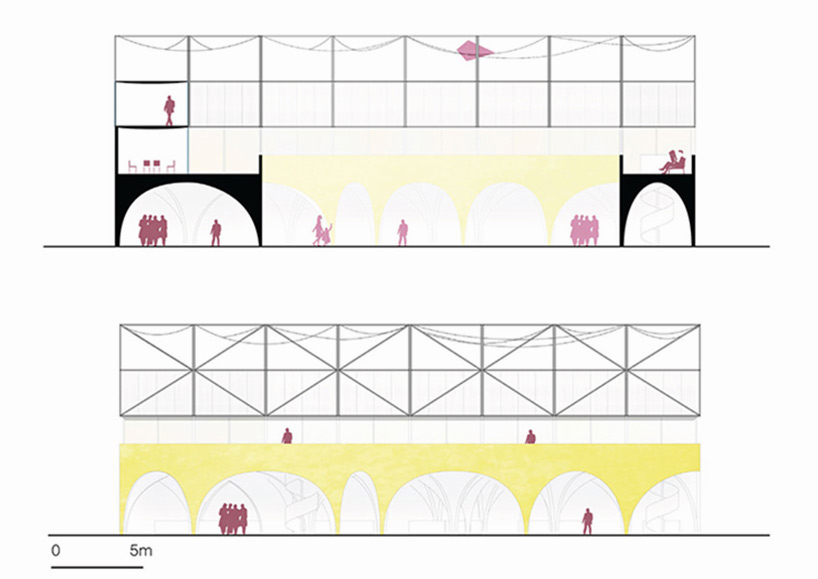 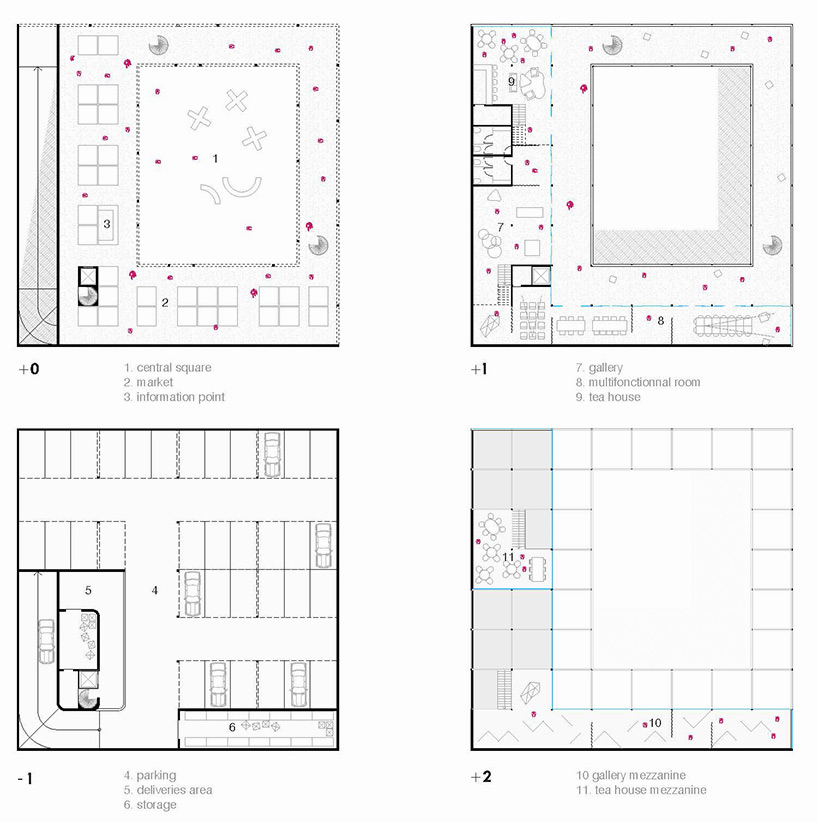 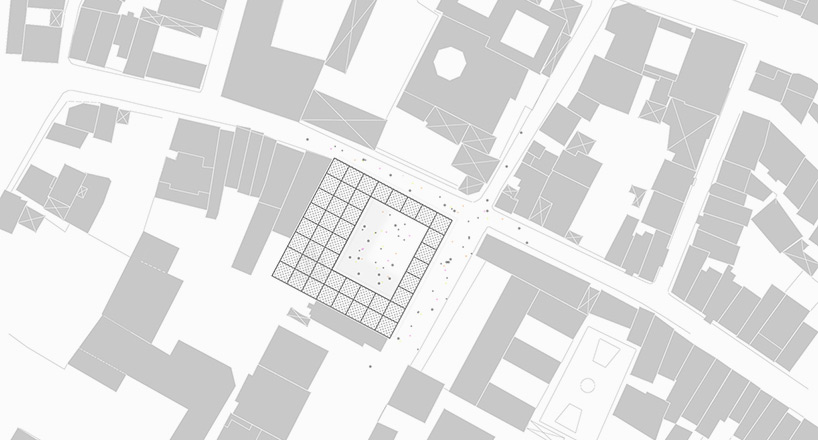 ‘a cloud in the city’ in surroundings