aamodt / plumb architects were enlisted to clarify, reorganize and update the interior of three lincoln, massachusets’ old barns that have gone through various modifications. the barns were first converted to a mid-century home in the 1950’s by henry hoover, later on 1985 they were renovated to create an eclectic façade and gallery with a sculptural kitchen an entry. thirty years later the house has undergone another transformation that defines the architectural lineage of the original structures and the hoover design. aamodt / plumb architects combined their pragmatism with a minimalist approach to renewed the home. after much deliberation, it was decided to remove most of the 1980’s addition and restore the original massing. this move allowed the architects to reveal the simple forms of the three original barns and incorporate a new entry into the home. 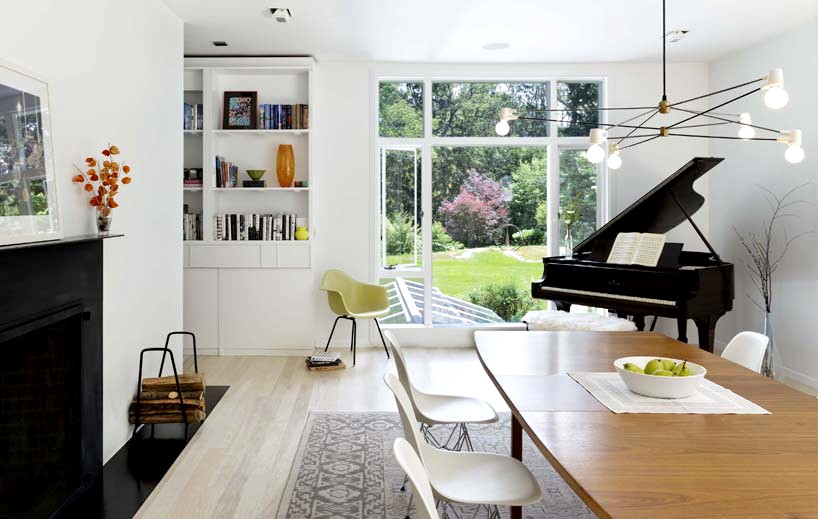 the new entry is contained in a simple single story addition with a flat overhanging roof reminiscent of the hoover design. floor to ceiling glass on the entry side and a fixed wooden screen on the living side make a simple composition that is warm and inviting as well as being private. beyond the foyer is the heart of the home, with bleached ash flooring, mid-century modern furnishings, and cheerful aqua and chartreuse accents. upstairs, a semitransparent gray stain gave the 60-year-old cork flooring a fresh look. aamodt / plumb created a master bedroom suite with two walk-in closets under the eaves, adding sliding barn doors made of birch plywood. also built under the sloping roof, the zen-like master bath has a soaking tub beneath the skylight. 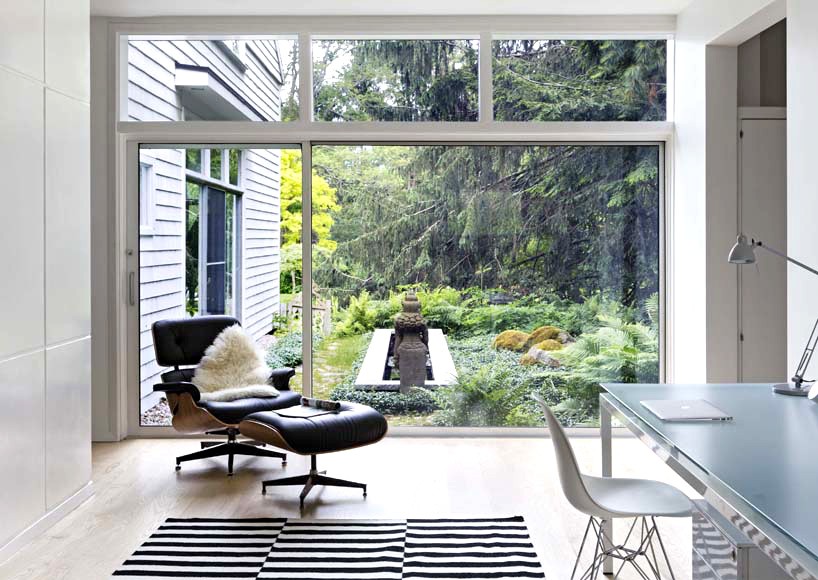 ‘for renovations, there is a complicated balance between maintaining the original intent of the home, meeting the needs of the home’s new owners, and the desire to do something new and interesting.’ says andrew plumb. in lincoln, the way that the house is sited, and the way that the architects have simplified and opened up the house to nature and to the young family is truly a success. the renovated home is refreshingly minimal, retains its historic feel and perfectly accommodates the new owners’ contemporary lifestyle. 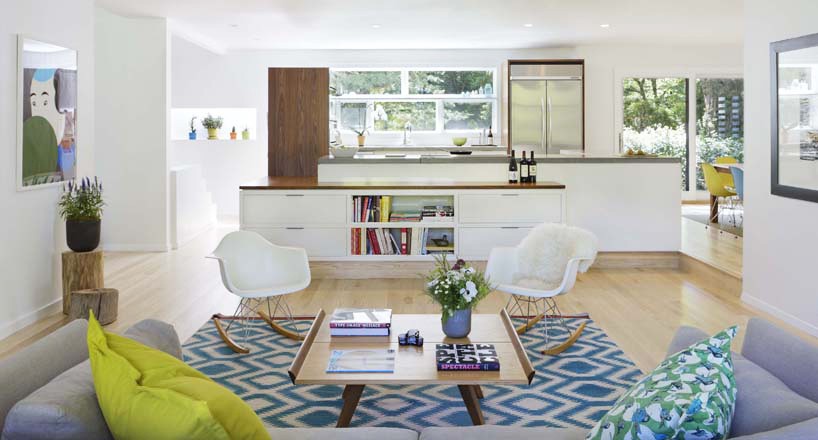 the new open kitchen, a step up from the living room, gives a feeling of openness 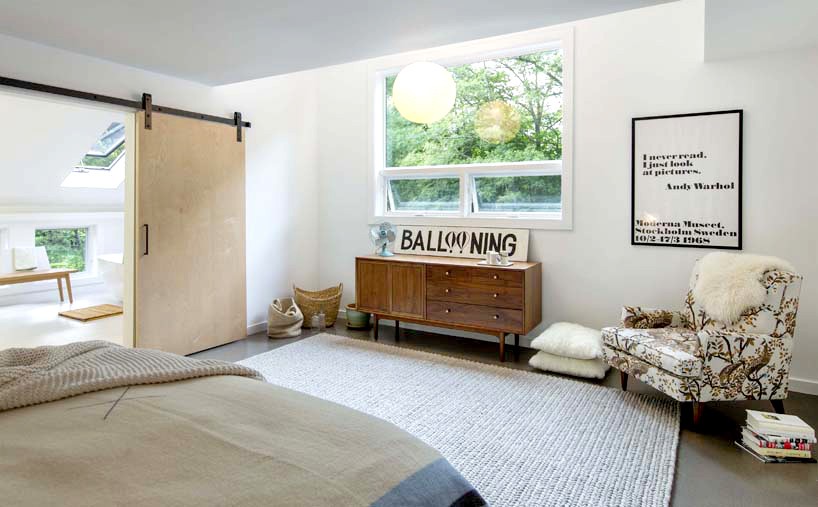 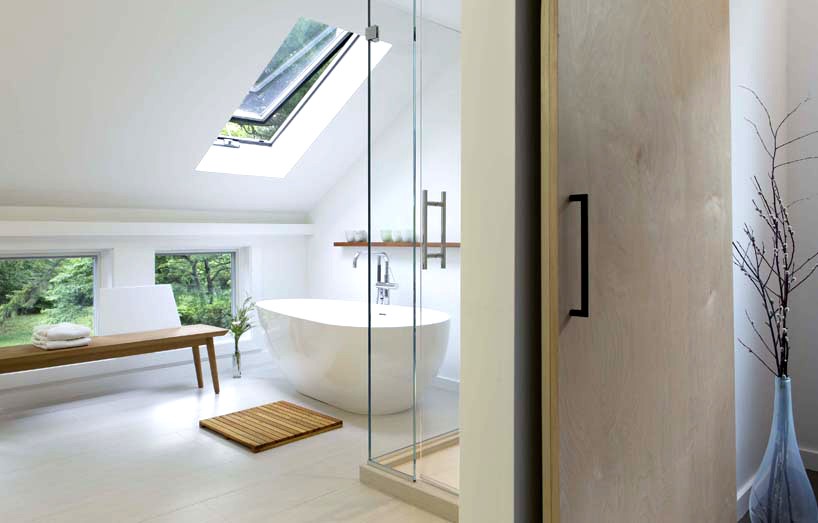 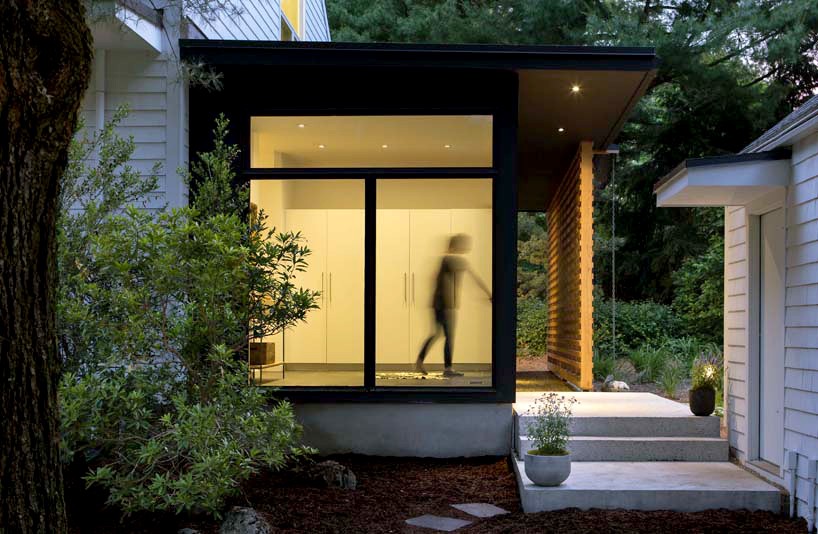 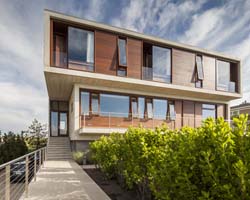 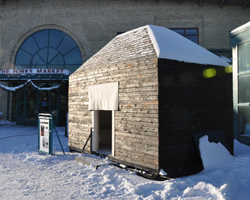