american firm aamodt / plumb architects’ ‘modern texas prefab’ is a precedent setting example of two things: how to design a young family residence, and how to do it faster than anyone else. sitting on lake austin in central texas, USA, the 6,000ft2 (557m2) home went from idea to completion in a single year. 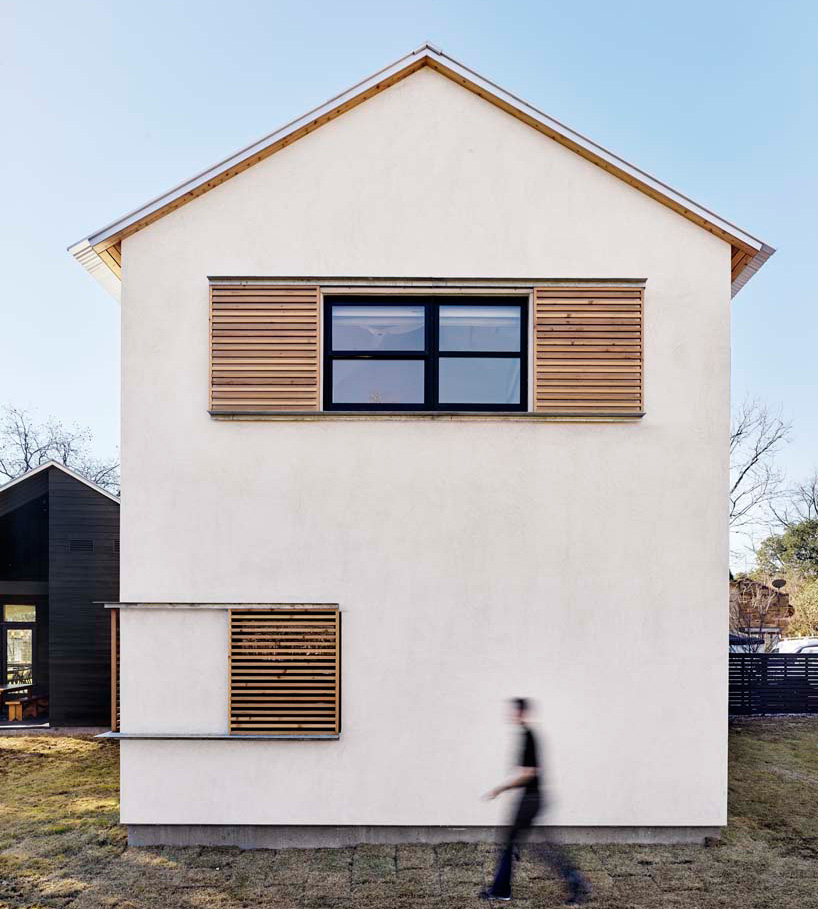 in order to meet the constrictive deadline, aamodt / plumb had to approach the project from a new direction; essentially redesigning the process of constructing a house. a building information model was created as quickly as possible, followed by the employment of modified fast-tracking techniques typically used in large-scale commissions. 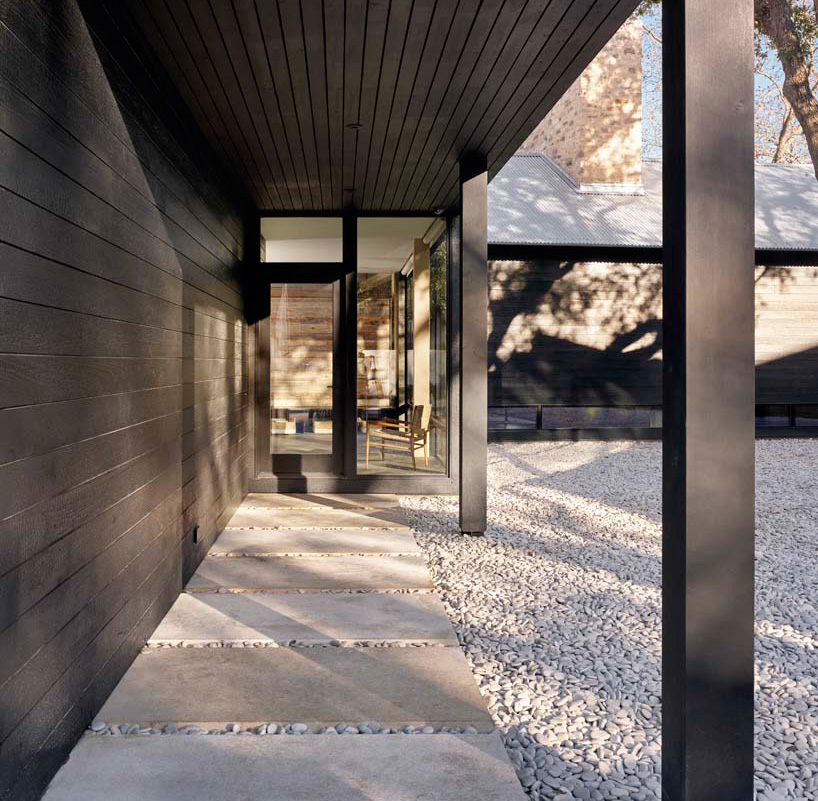 the architects approached bensonwood — a high-tech sustainable timber company — and put them to work manufacturing panel-sections of the house in their factory off-site. simultaneously, project contractor risinger homes began on-site foundation and framing. two weeks later, the structure was fully framed and ready for panels. 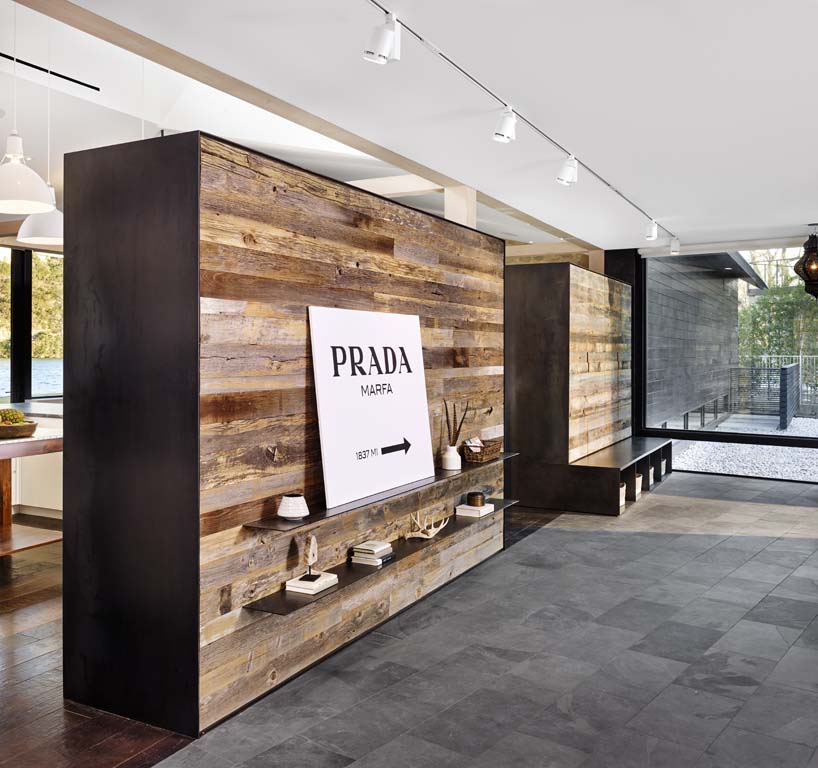 the house — fully realized — has an airy, relaxed feel on par with the mood of austin itself. it is divided into two wings: one for bedrooms and home office, and one for dining, entertainment, and recreation. separation into halves also allowed aamodt / plumb to conserve all existing trees on-site, and nestle the plan around a mature oak tree. the exterior is clad in cyprus charred in the japanese shou sugi ban fashion, and is visually offset by a white steel roof. 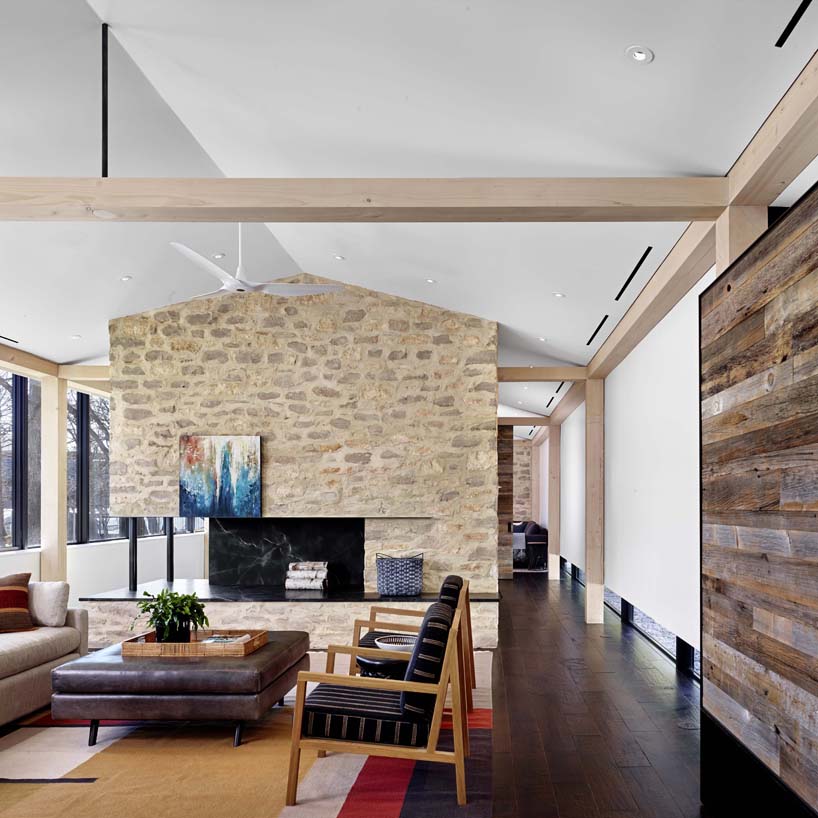 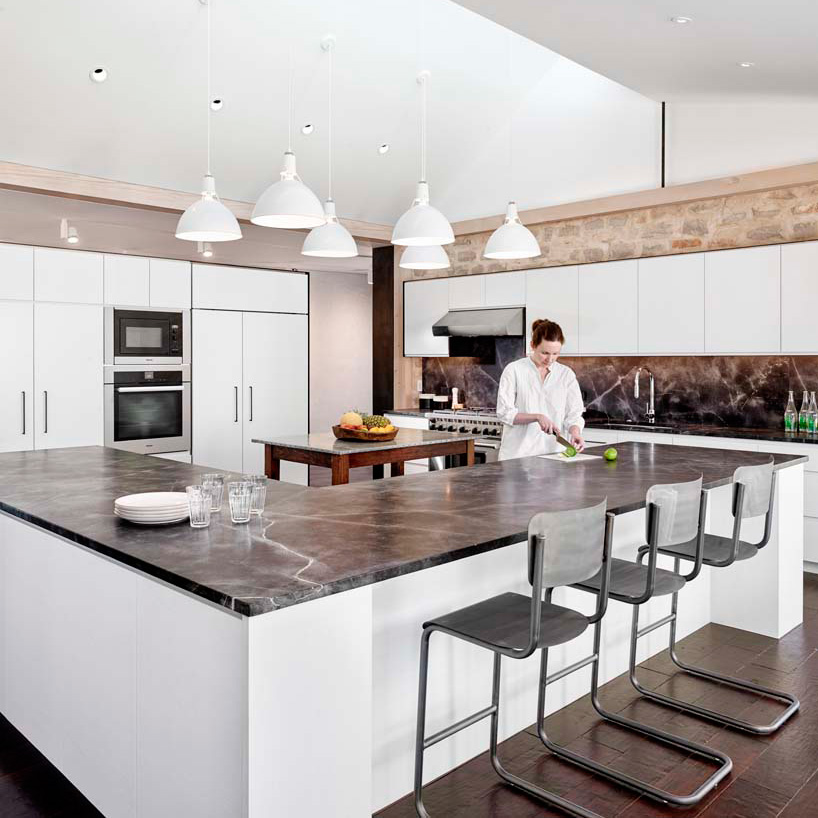 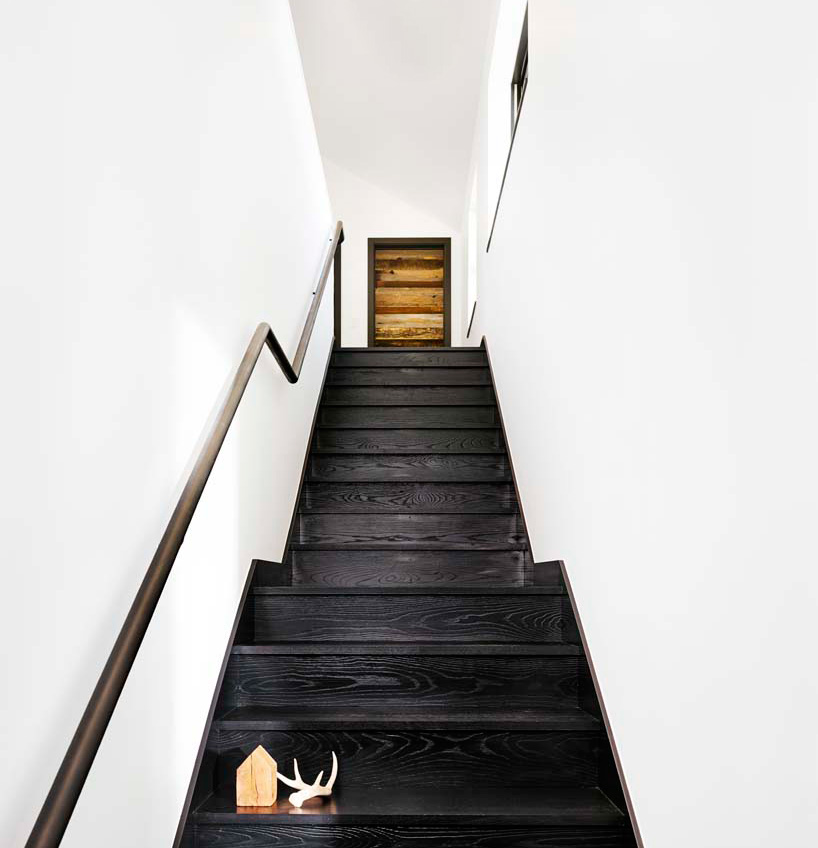 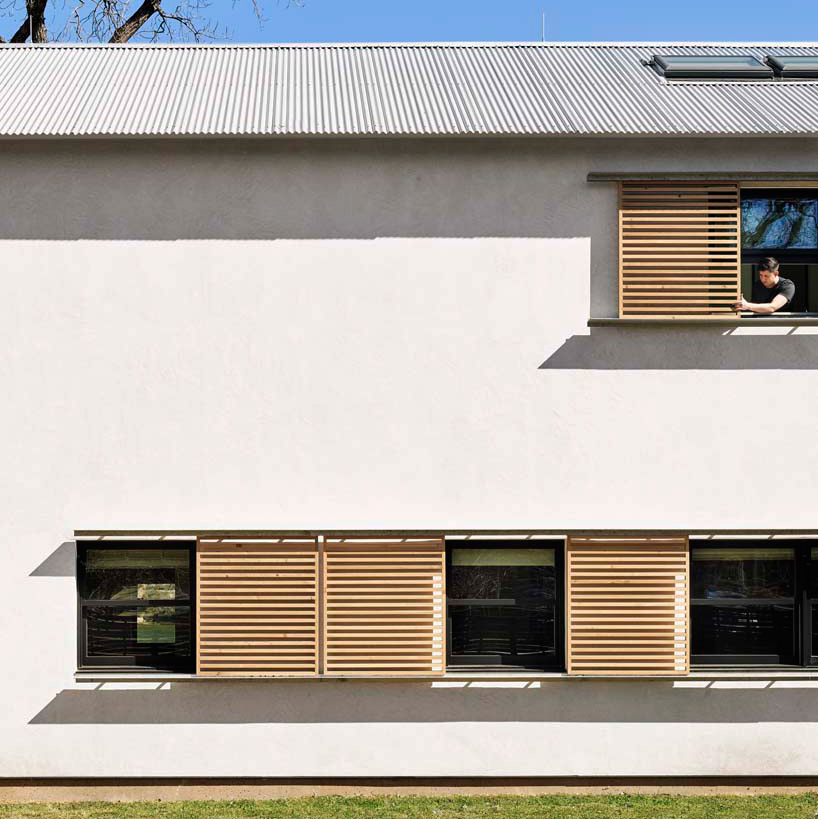 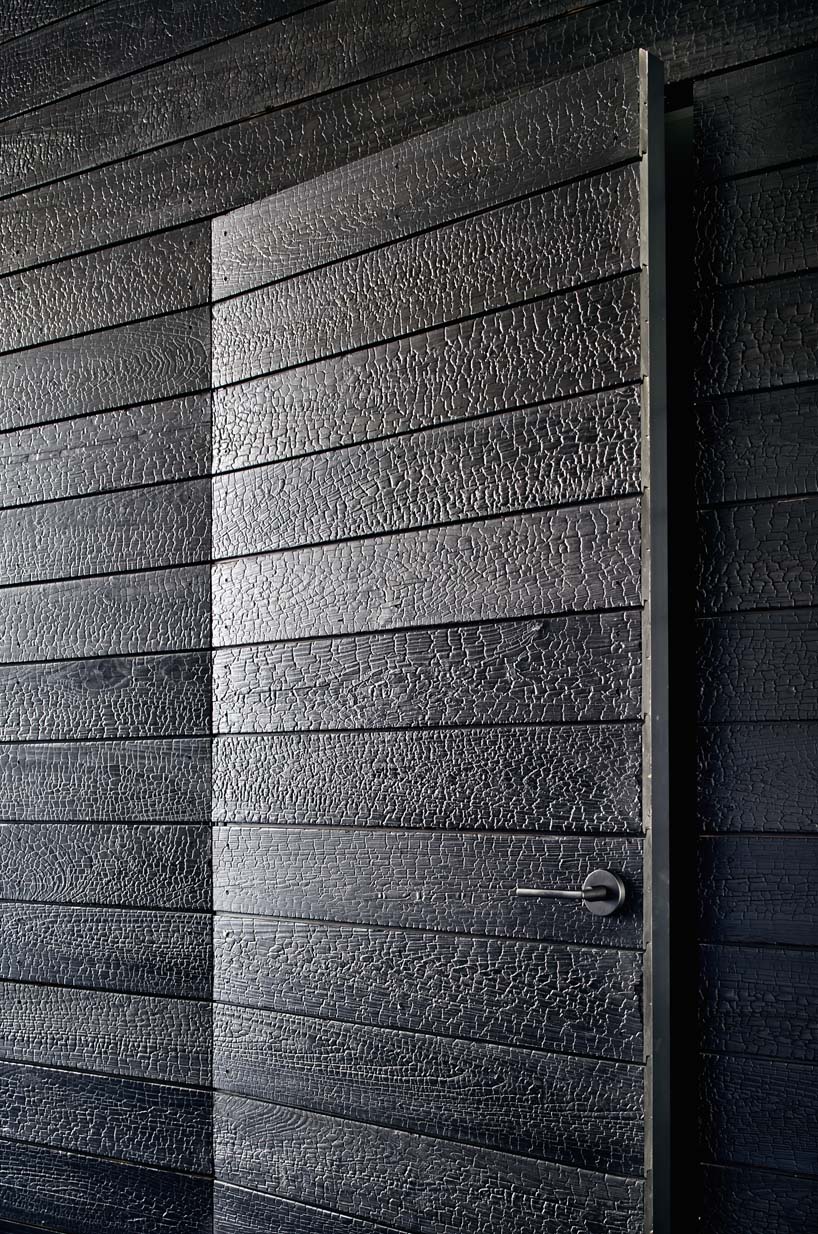 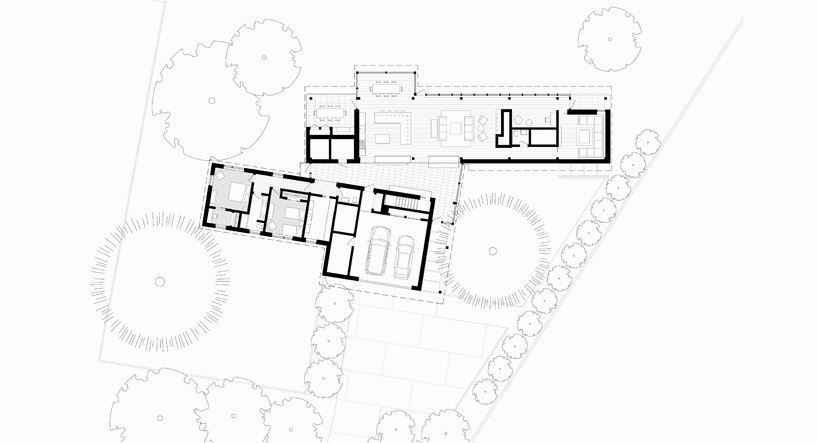 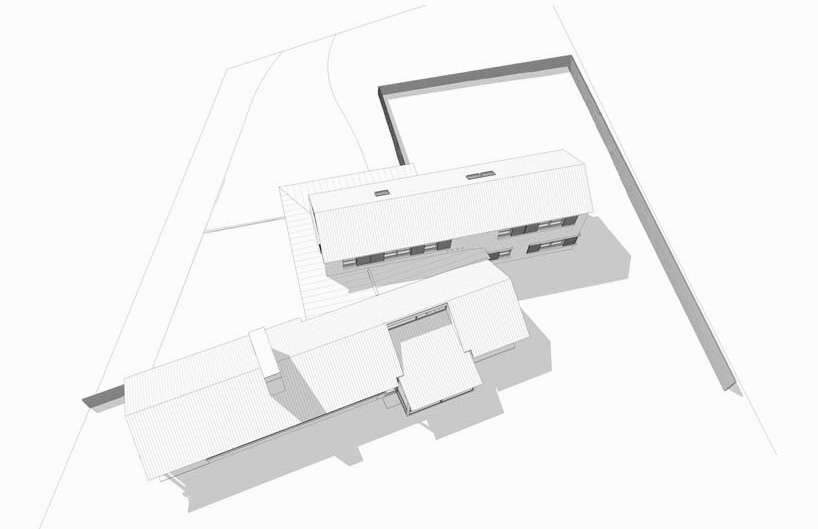