AART architects has been selected to build a new residential and commercial development in denmark’s second largest city. named ‘nicolinehus’, the project is located in aarhus’ new port district — aarhus Ø — and intends to set a benchmark for the region’s future development. built using red brick, the mixed-used scheme has been conceived as a hybrid of residential block and terraced landscape. 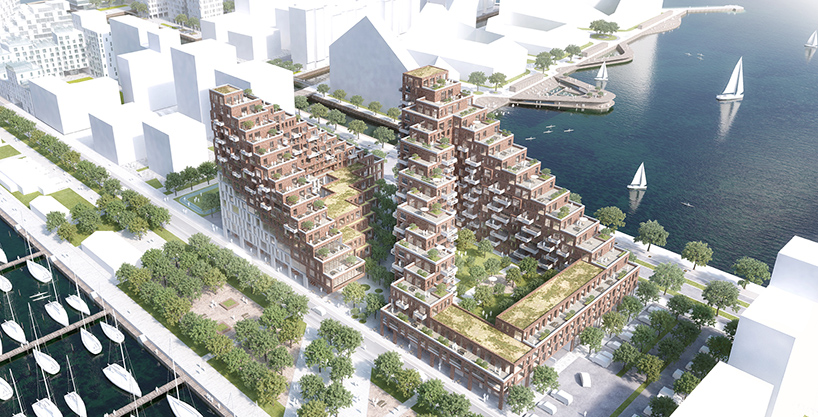 all images courtesy of AART architects

AART sought to create an environment where an urban lifestyle could combine with waterfront living. in developing the design, the architects — who won the competition alongside property developer bricks — drew inspiration from the residential blocks more commonly found in aarhus’ city center. throughout the scheme, staggered surfaces create expansive terraced landscapes, courtyards, and roof gardens, encouraging outdoor living. 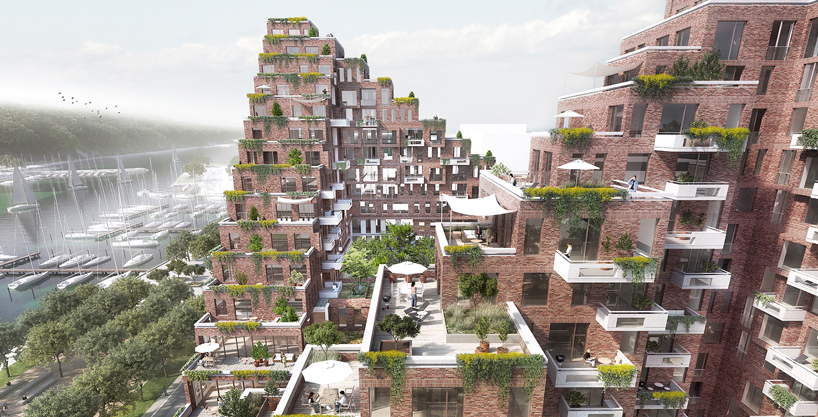 divided into a residential and a commercial section, ‘nicolinehus’ is articulated around two courtyards. the entire project, which measures approximately 40,000 square meters, slopes down towards the marina and the harbor swimming bath, offering unobstructed views across the surrounding woodland, and towards the city’s historic center. 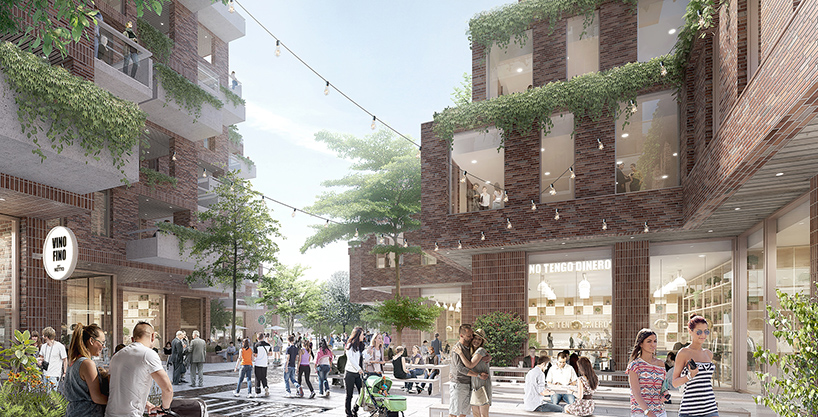 the mixed-use scheme is articulated around two courtyards

the project also references aarhus’ existing architecture through its materiality, with red bricks lending the project a distinct character. in order to bring a sense of intrigue and personality, the material has been used in variety of different ways. on the building’s staircases, the brick has been perforated to permit daylight, while in other places it protrudes like bay windows. 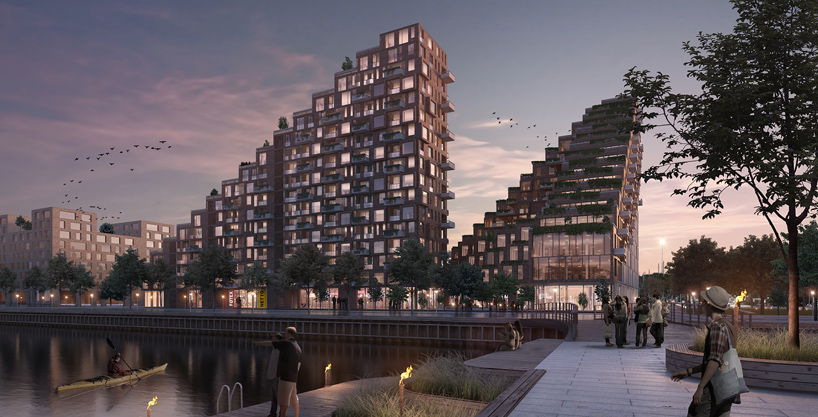 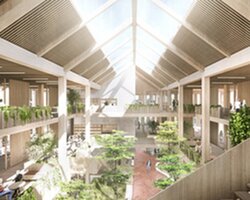 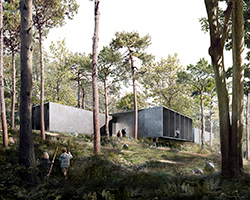 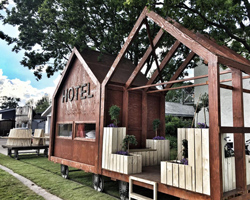 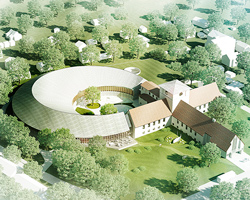 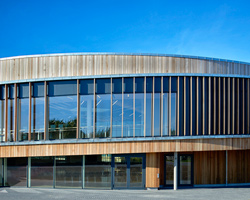