in palestine, a team of architects and researchers is currently examining the use of three-dimensional free-form stone vaults. titled ‘stone matters’, the project seeks to address the region’s ‘misuse’ of stone as a structural material, where knowledge and craft of ancient stone building methods appear to be disappearing. the research aims to reintroduce stone construction processes as part of a local and global contemporary architectural language. 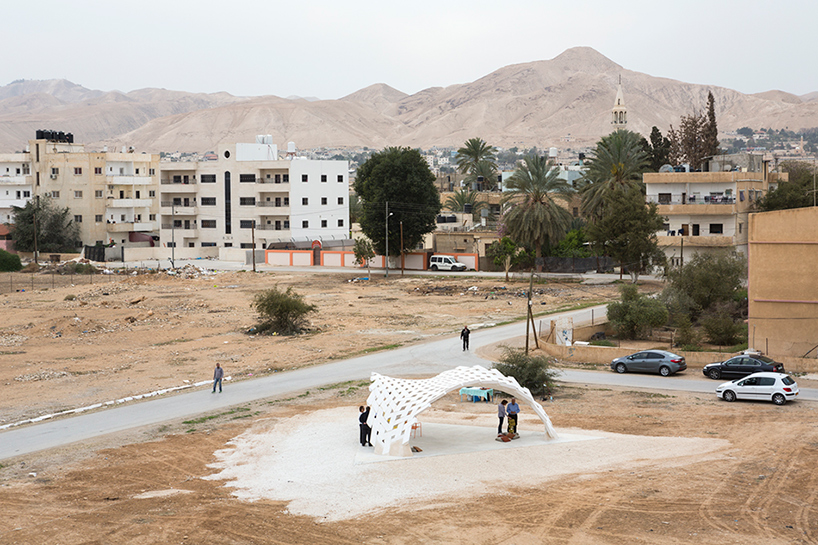 all images by mikaela burstow

led by AAU anastas’ research department ‘scales’ and the GSA lab of ENSA paris-malaquais, the project also forms the first built component of a new structure that will house jericho’s el-atlal residency program. the vaulted pavilion uses innovative construction principles born from structural morphology and stereotomy. covering a surface area of 60 square meters, the structure spans a distance of 7 meters. 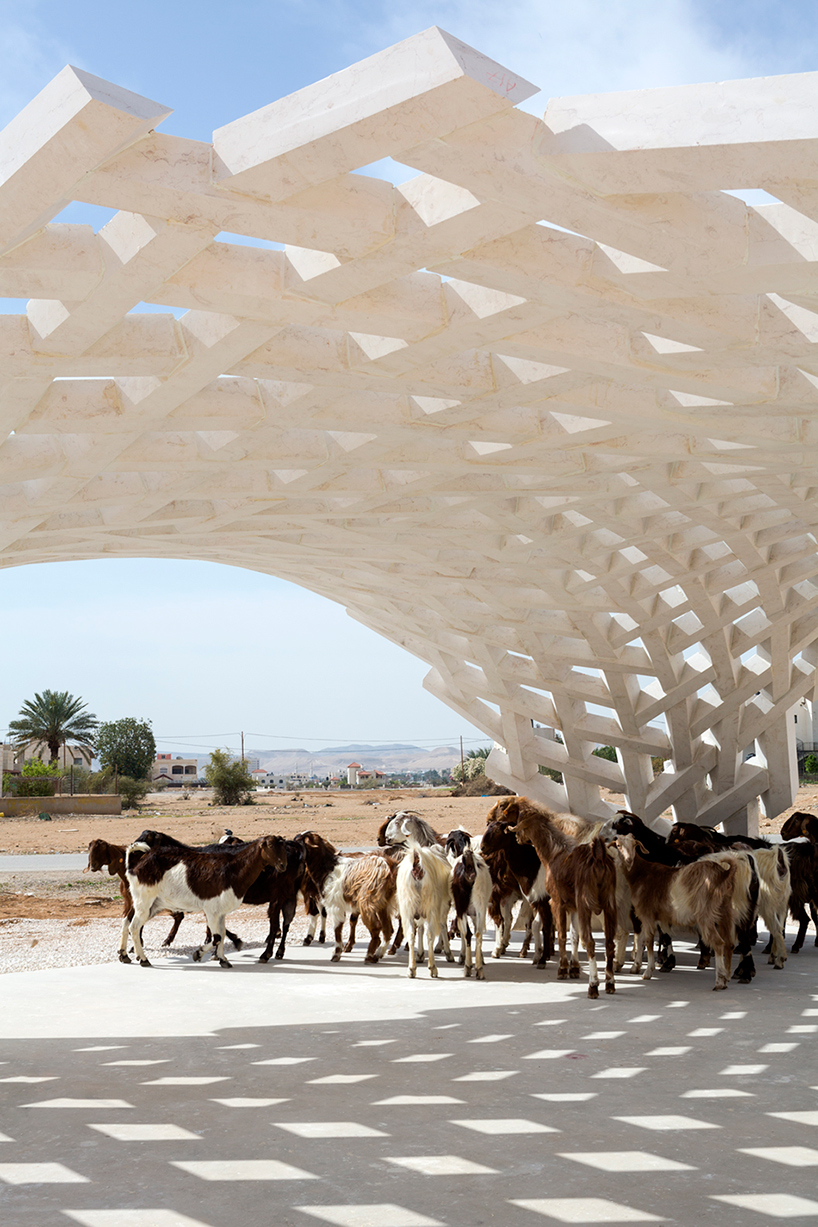 the formwork was made from polystyrene blocks carved with the shape of each stone. the blocks were then assembled on scaffolding — to create a counter-form of the entire structure — before the stones were placed at their exact location. the scaffolding was then carefully dismantled in stages. in total, 300 unique stone pieces have been used, each with four inclined interfaces that allow the assembly of the different stone voussoirs. 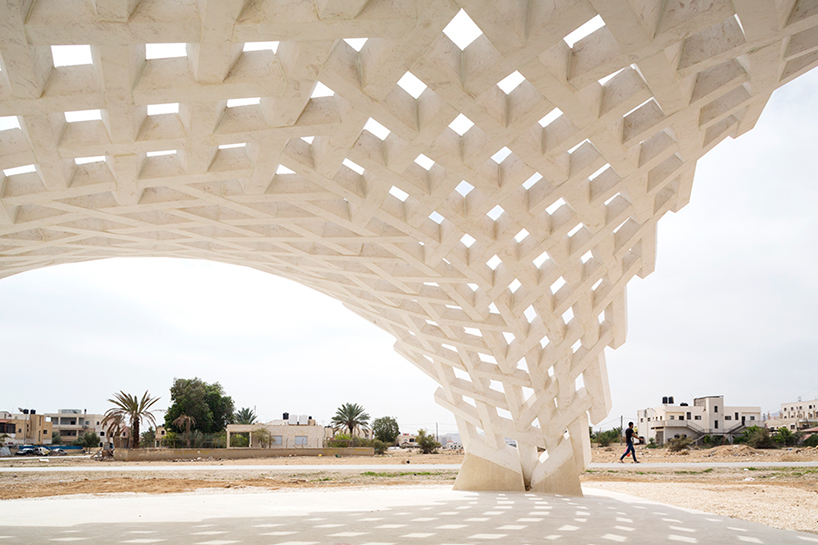 the research aims to reintroduce stone construction within contemporary architecture

importantly, the project was entirely built using resources available in the local area — utilizing the production techniques of several nearby factories. for example, the polystyrene blocks used in the production process were cut in one factory before being transported to another for the robotic carving process. 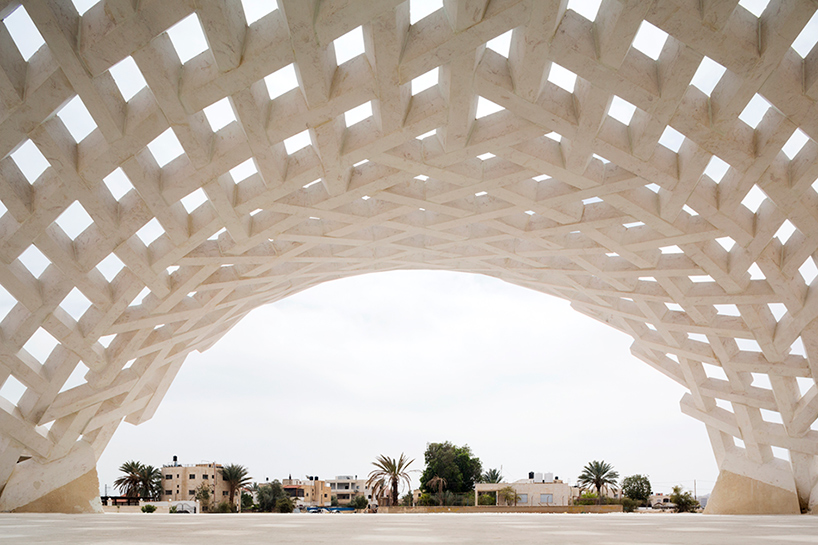 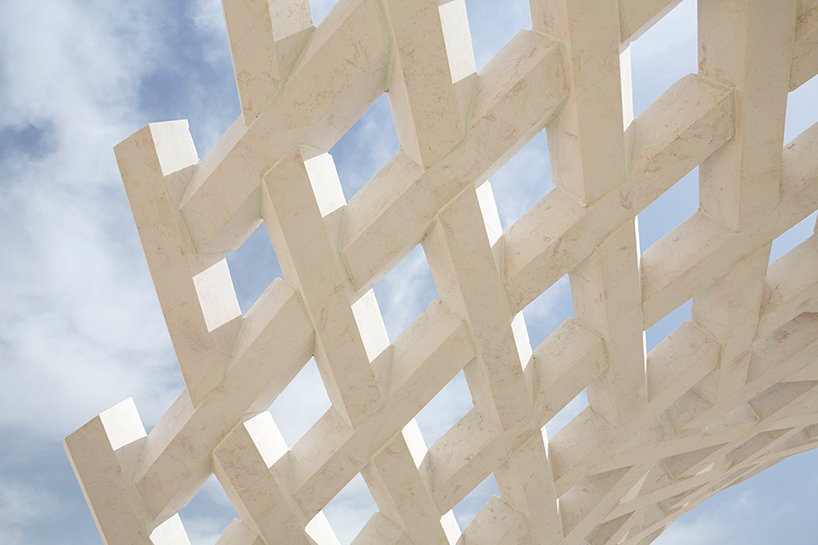 the canopy covers a surface area of 60 square meters 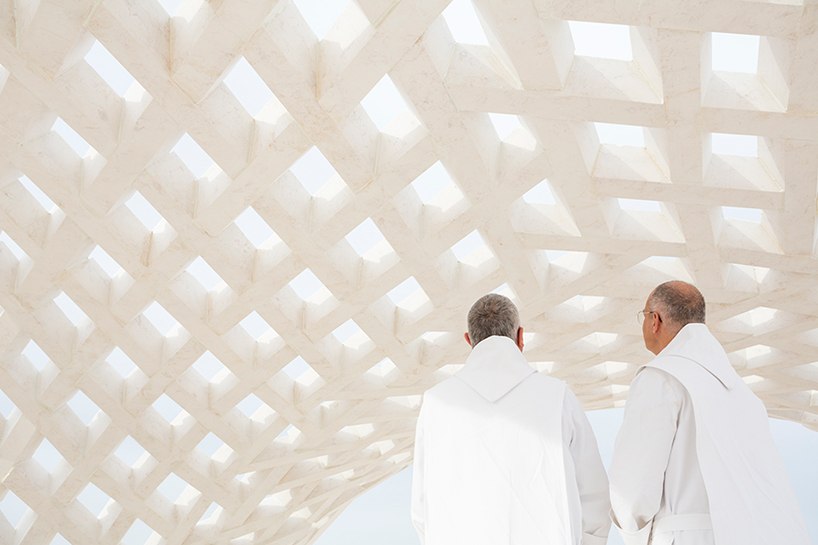 the design spans a distance of 7 meters 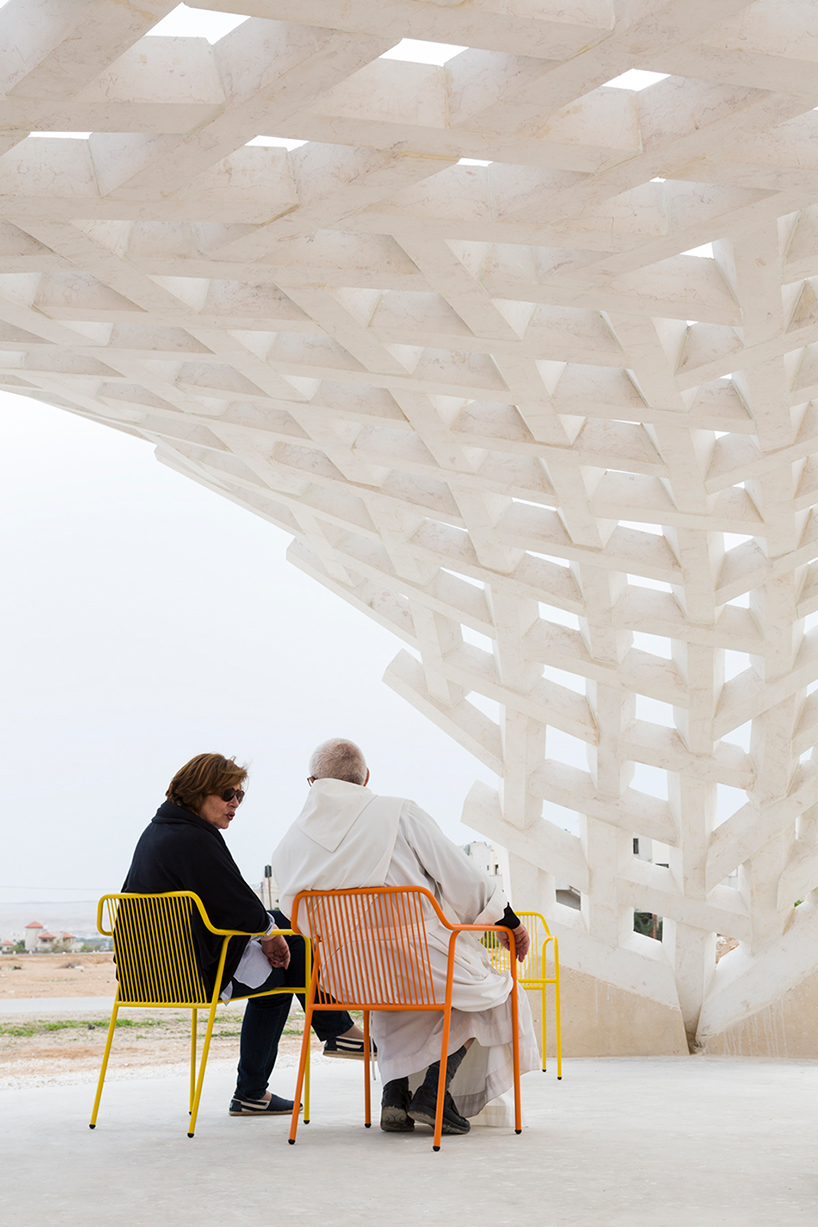 in total, 300 unique stone pieces have been used 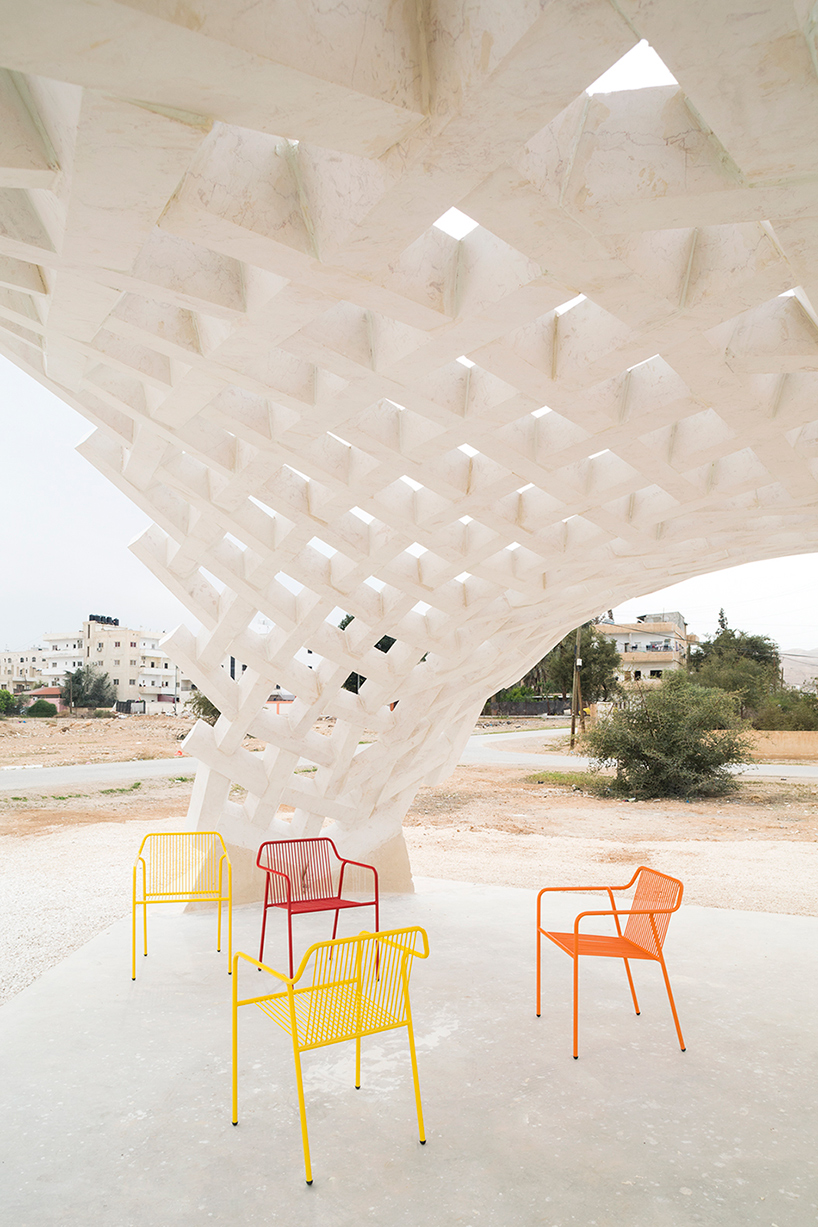 each individual stone has four inclined interfaces that allow for assembly 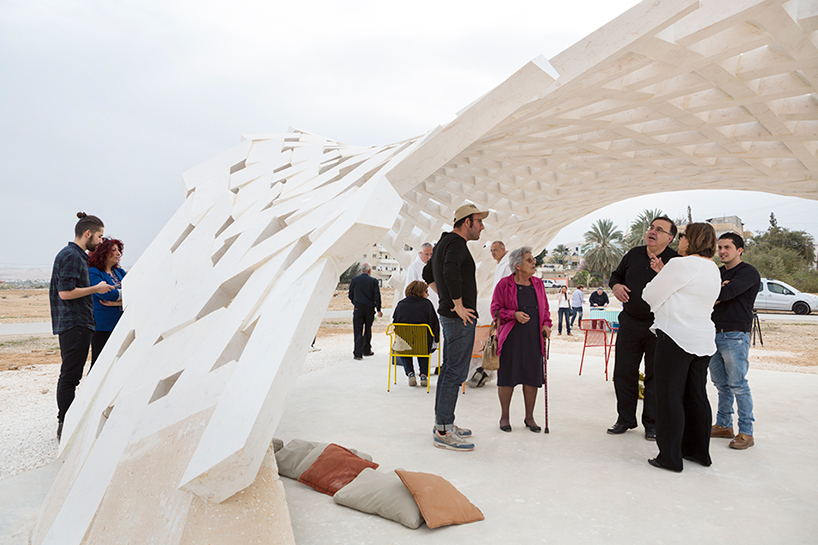 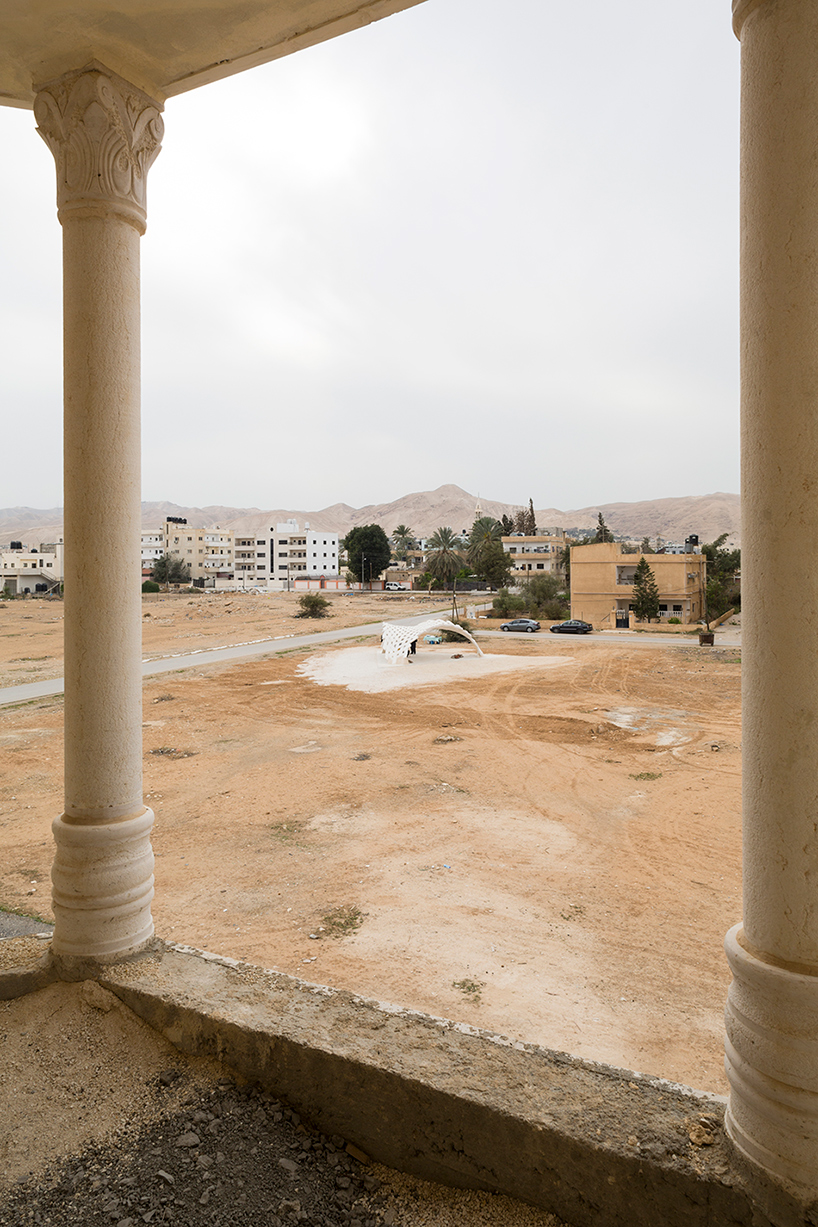 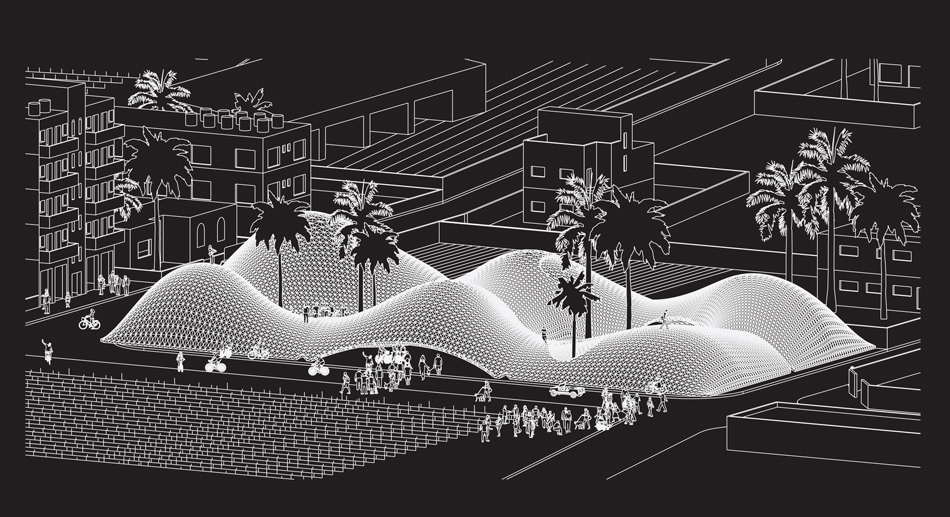 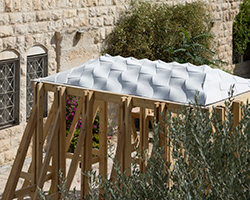 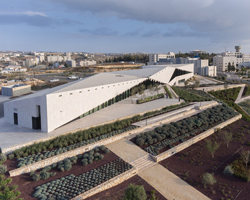 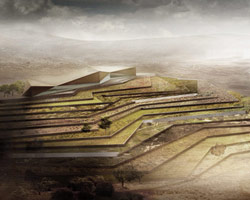 Jun 26, 2013
palestinian museum by heneghan peng 'acts as a communicator'