among the hellenistic ruins of mahallat in central iran stands a residence clad in the reclaimed segments of cut stone. the business of treating and cutting stone is central to the region and, in effect, produces a wealth of discarded material– over half of the excavated stone is rendered unusable. working in quarry-filled hometown, local architect ramin mehdizadeh used the uniform thickness of the residual rock to create a layered and high-performing skin for a five storey mixed use building. ground level retail spaces and eight residential spaces are punctured with a composition of glazing and shielded with monumental angled forms. different colors and textures of the earth-borne tectonic become a dynamically unified prismatic mass. the cultural need for privacy and the opportunity for picturesque views met in an architectural compromise- expansive glazed windows were fitted with wood-batten shutters that crease open while providing ultimate user flexibility in regard to light and temperature regulation. the architecture is a testament to the ability of the built form to engage the culture of the site through both material and form. 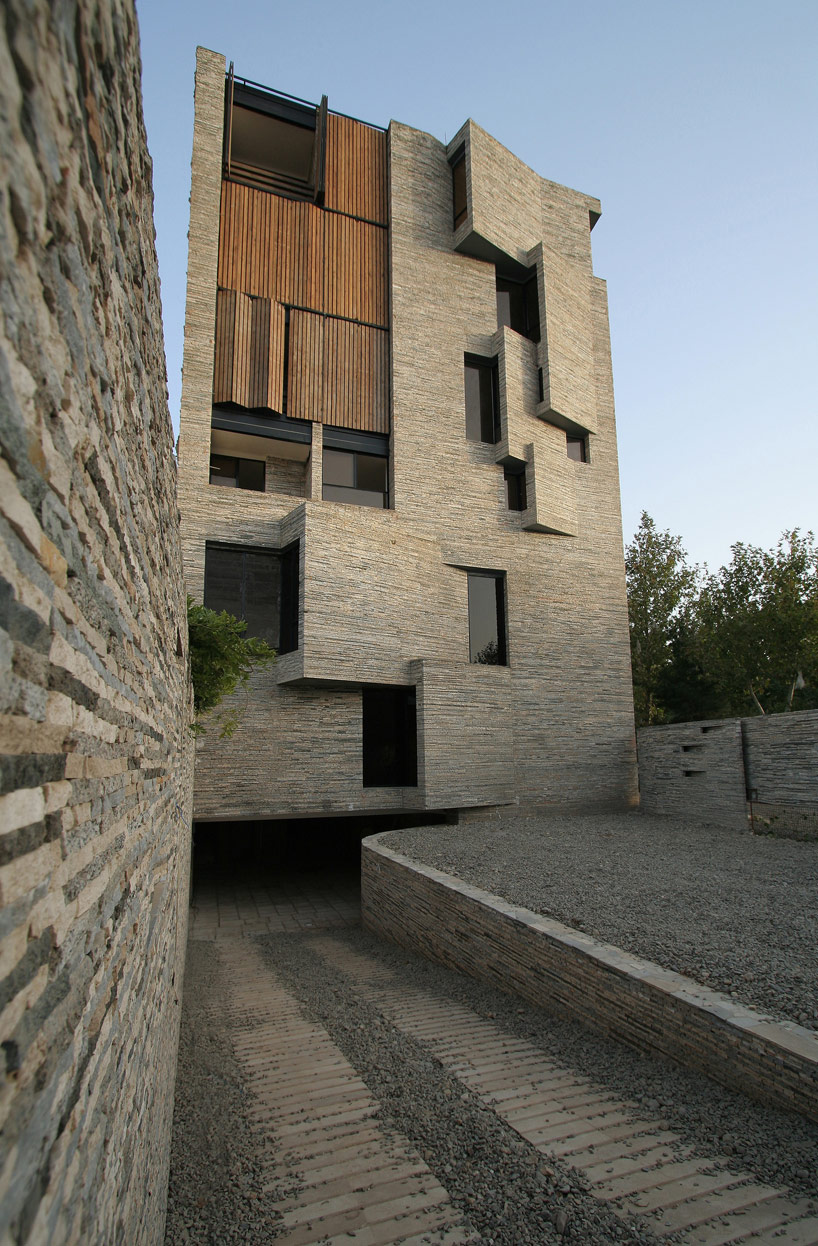 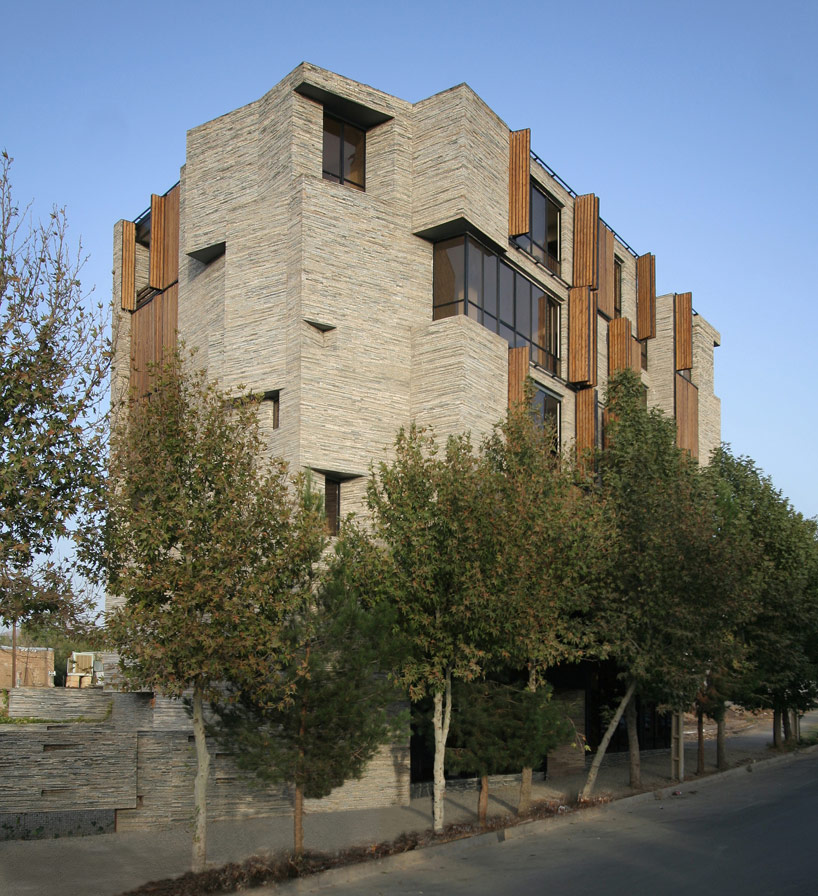 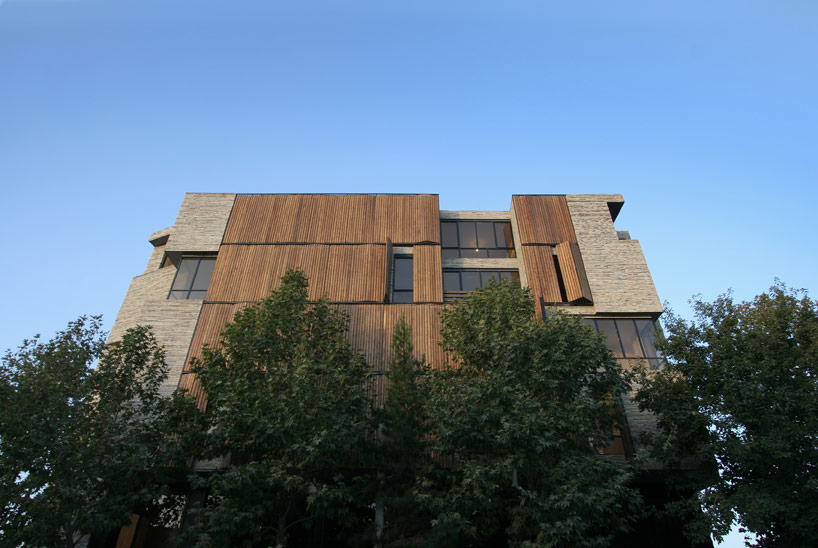 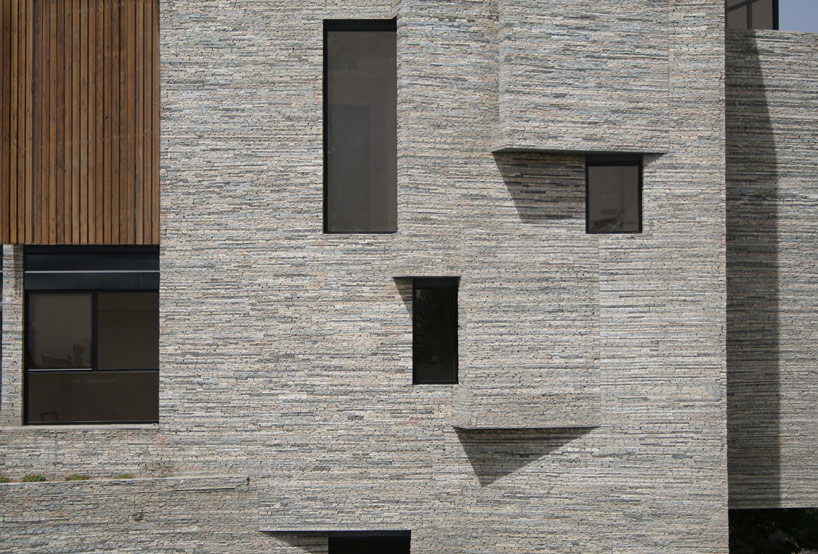 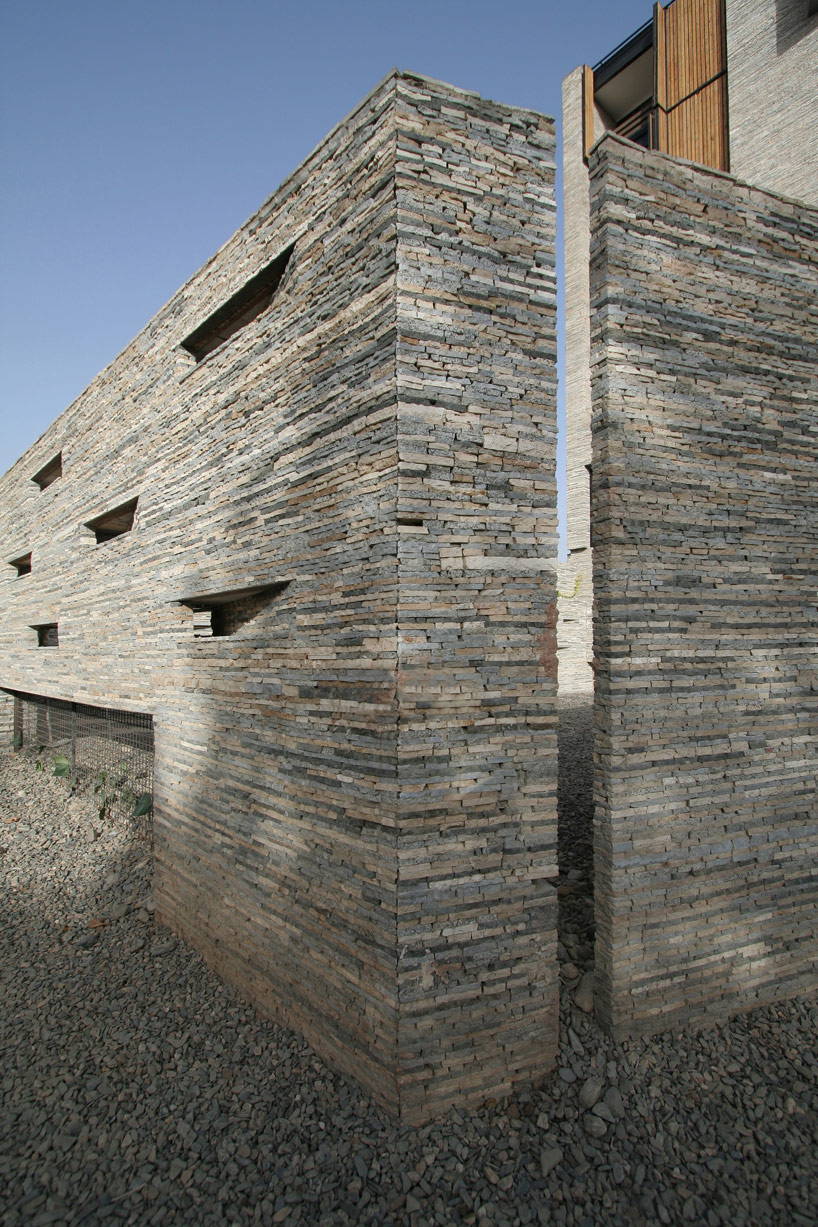 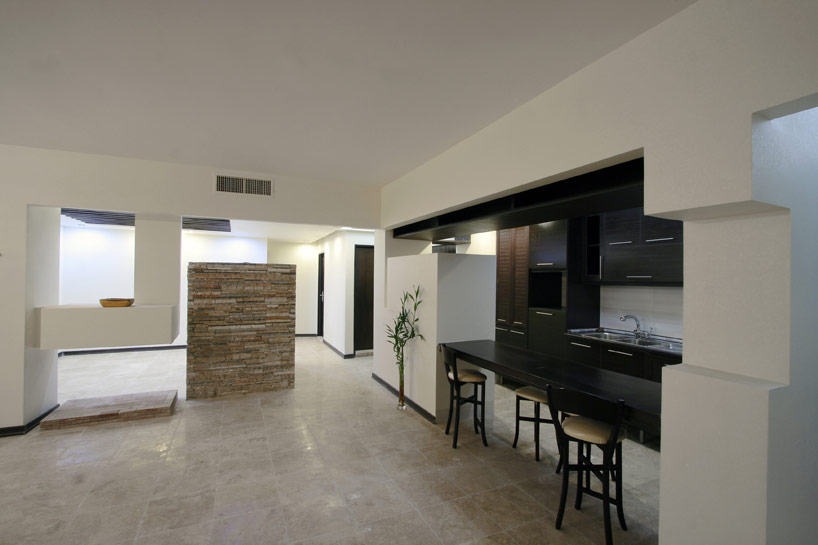 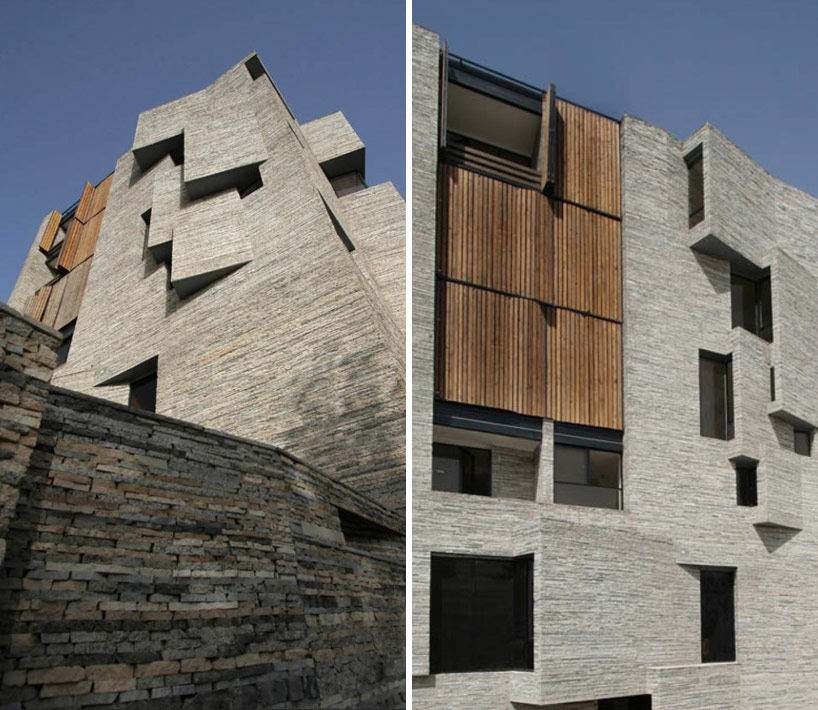 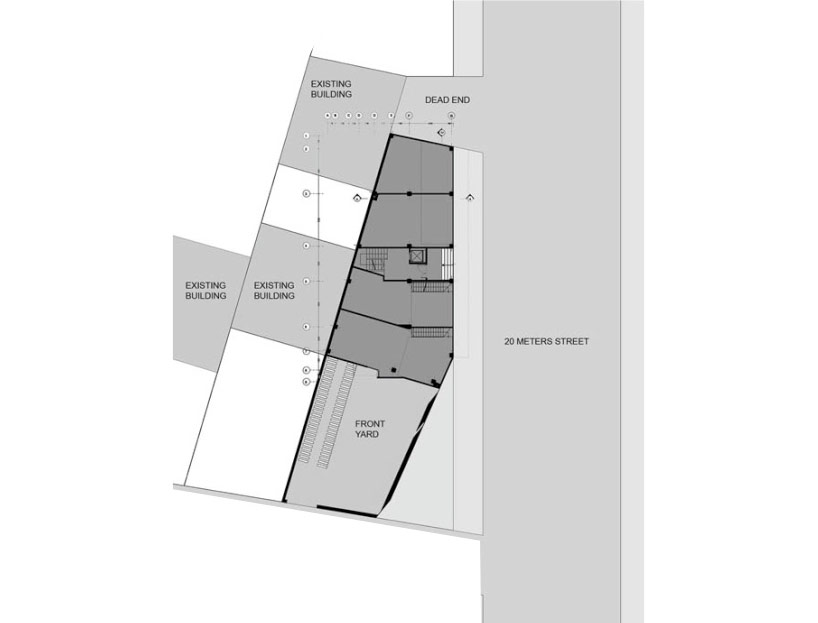 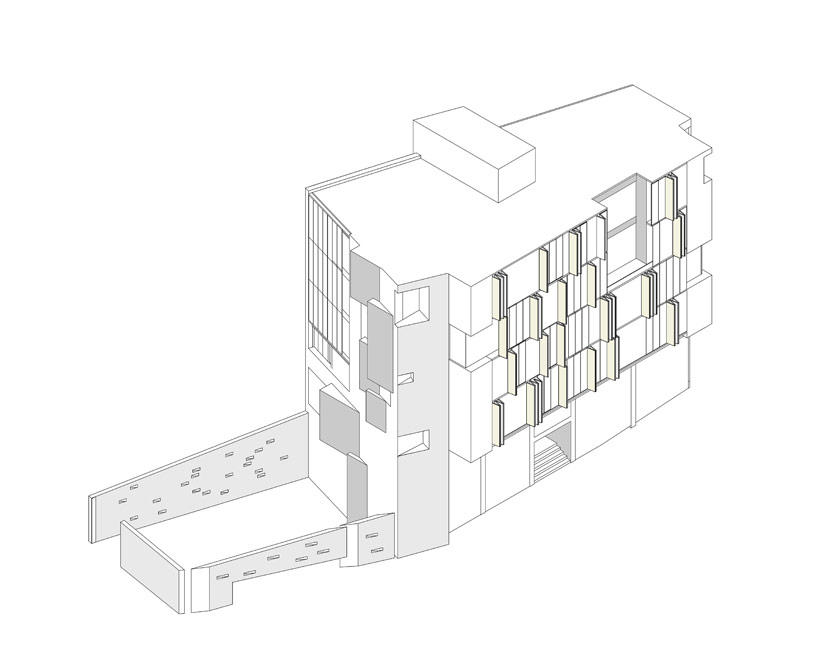 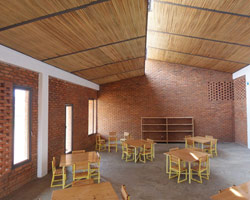