at a time when france is deeply questioning its own energy transition, the future of nuclear power has become one of the major concerns. in response to that, architecture and engineering studio ABF-lab presents a research proposal that would repurpose those contested sites. ‘pros and cons aside, it seems reasonable to wonder about the fate of those industrial giants, typical of the fossil fuel and centralized era that was the XXe century, and their capacity to reinvent themselves’, explain the designers. 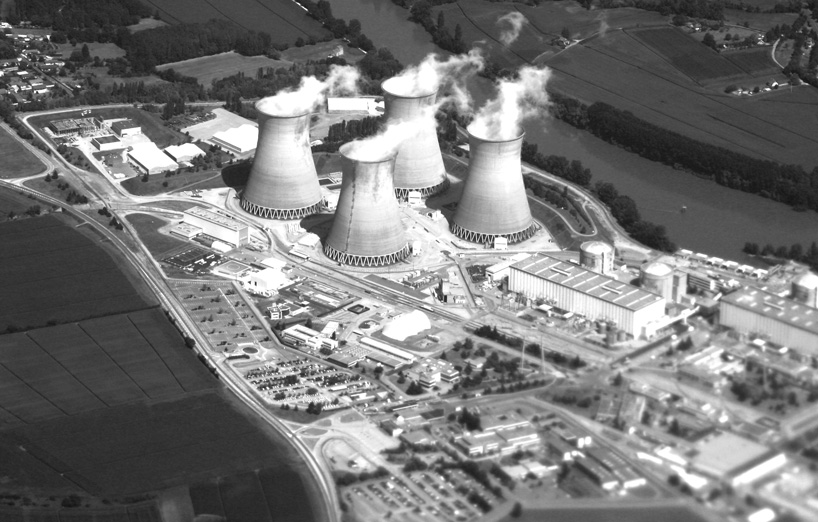 existing nuclear power plant in bugey, france
(main) image © ABF-lab
(above) courtesy of ABF-lab, with the authorizaiton of michel varlet

the nuclear power plant site of bugey in france has been selected as a case study for ABF-lab‘s project but before anything, the team has delved into a critical study of such an industry. while the factories’ operating period — about fifty years — is coming closer to an end, the question remains open: what can be done to this industrial heritage, and how can those landscape scars be dealt with? some would choose to put nuclear plants ‘on a drip’ and extend their lifespan artificially to meet the demand growth, while other would like to see them disappear and replace them with natural landscapes. however, the dismantling costs of such structures remains way too high. in the face of the goals set by the energy transition law and the will to achieve a nuclear power production reduced by 50% to 75% in 2025, this sector remains at an impasse.

the installation envisioned by the studio intends to keep what already exists and turn it into a renewable energy production plant. turbines are set on top of the existing towers, transforming them into solar chimneys. meanwhile, a gigantic greenhouse captures hot air flows that activate the turbines, thus creating electric power. solar panels are then placed over the greenhouse to complete the installation, producing a second source of clean electric energy. finally, the power produced is injected back into the existing grid. 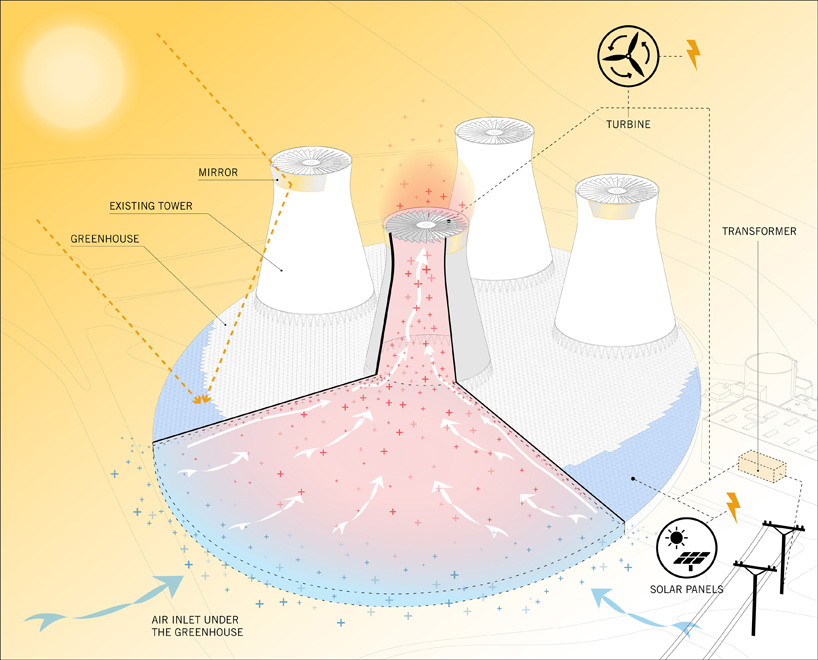 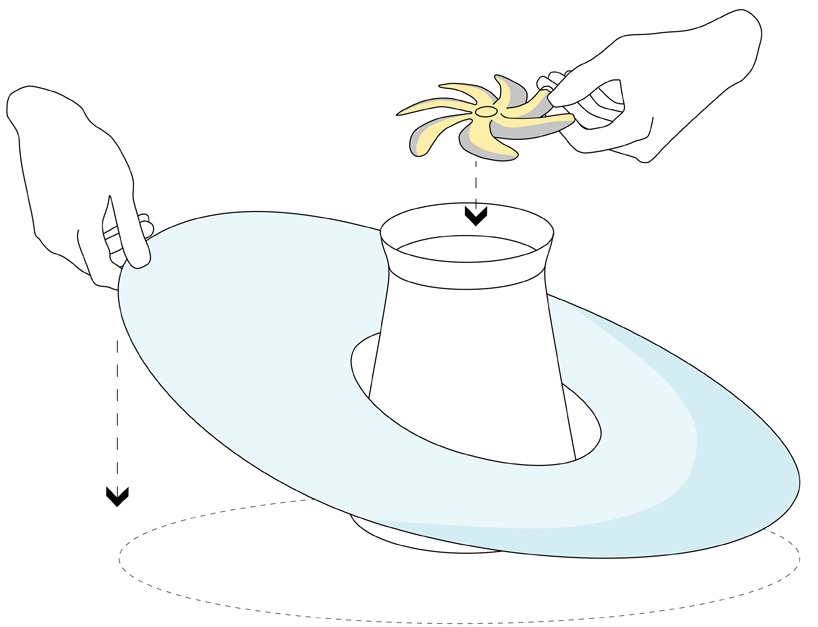 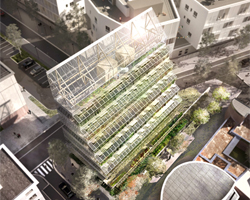