a recent competition was initiated by the city of chungju in south korea, asking for proposals for a UN memorial for the city’s UN(united nations) peace park. one of the projects was london-based architecture firm acme who received third place for their piece. comprised of a 1,500 seating assembly, two conference halls, a theatre and exhibition space, acme drew on the actual organization of the united nations for their design. the UN is formed by individual nations, and as a metaphor acme designed a cube comprised of smaller cells which come together forming the final shape. each cell is meant to represent the collective nature of the united nations’ identity and provide various amenities and functions from exhibitions to education, conference, office, restaurant, events and public viewing platforms. acme believes that the memorial should represent the nature of the united nations, where many individual nations come together to create one entity, but without losing their individual identities. 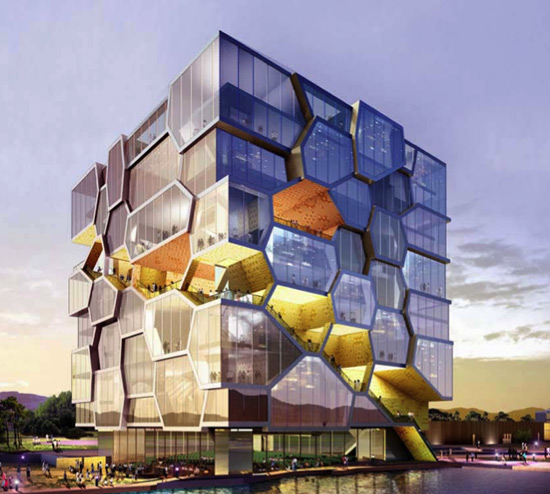 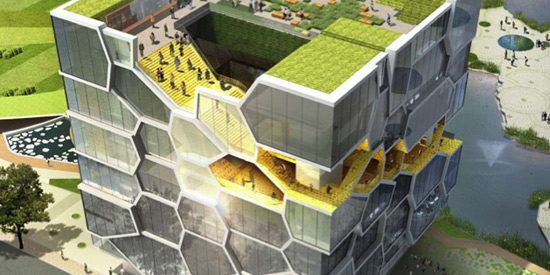 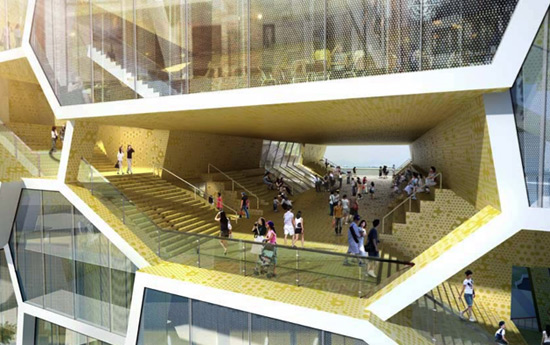 open communal areas are built within 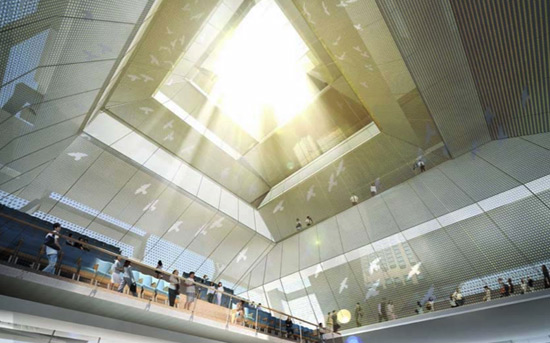 the open roof allows natural sunlight to poor through the interior 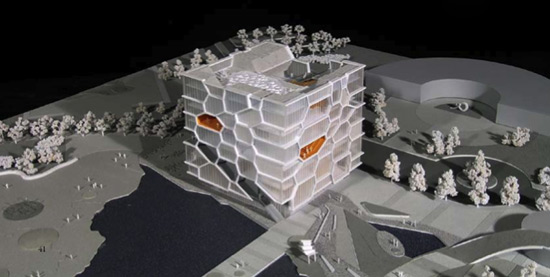 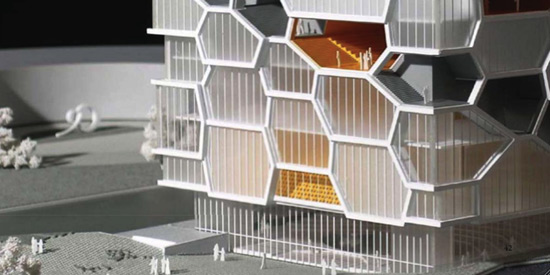 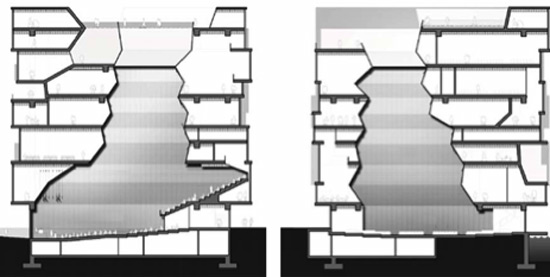 sliced view of the building 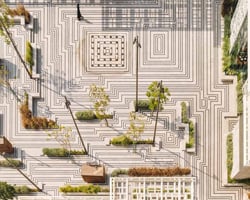 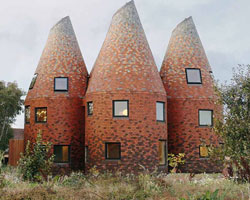 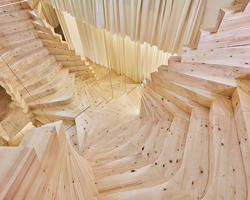 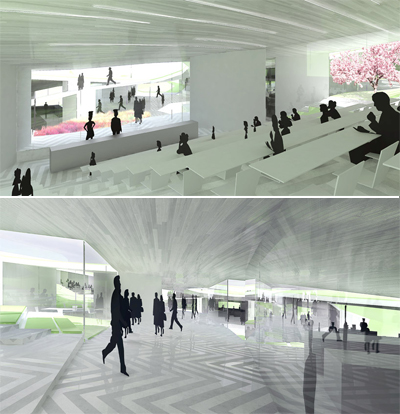