acne studios has opened its new headquarters, floragatan 13, in the former czechoslovakian embassy in stockholm. conceived by the label’s creative director, jonny johansson, and the in-house design team in collaboration with johannes norlander arkitektur, the project celebrates the character of the existing building – a classic example of brutalist architecture from the 1970s – combined with a ‘fashion school’ atmosphere that ultimately becomes a reflection of the label’s identity. set across ten floors, the restored and regenerated structure comprises signature interior details that tell the story of the brand’s history and global vision, including works by long-time collaborating artists such as max lamb, daniel silver, and benoit lalloz. 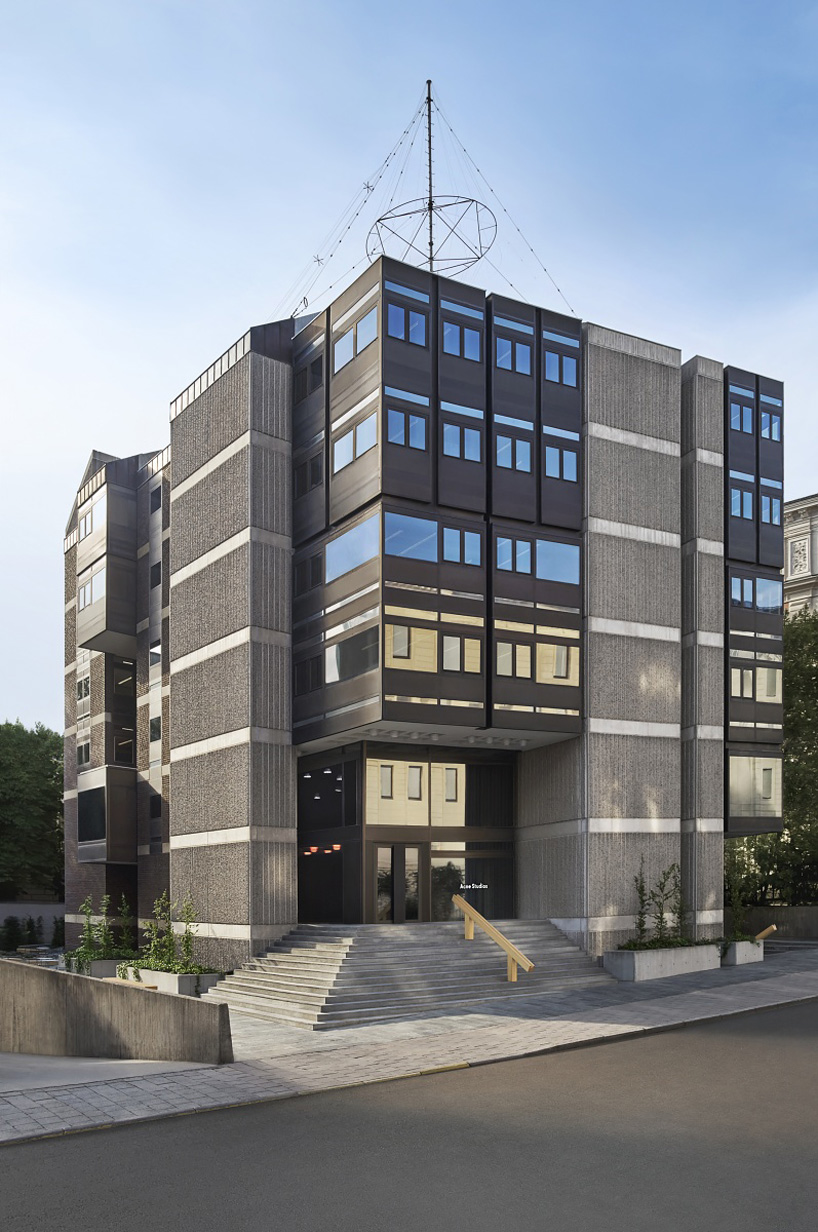 all images courtesy of acne studios

‘when we started looking for a new building, I made a sketch of the way fashion design works,’ says jonny johansson, creative director of acne studios. ‘I wanted the arteries of fashion to flow, with a building that captures the feeling of constant progress, of an experimental place. now that we have created this space, I feel very proud that we accomplished something together.’ named after the street on which it is located, floragatan 13 was originally completed in 1972 by architect, jan bocan, who designed the building for both cold war secrecy and with eastern european modernist pride. its character and juxtaposition of materials set the base for the transformation into the acne studios headquarters, which combine existing features with the label’s signature aesthetics. 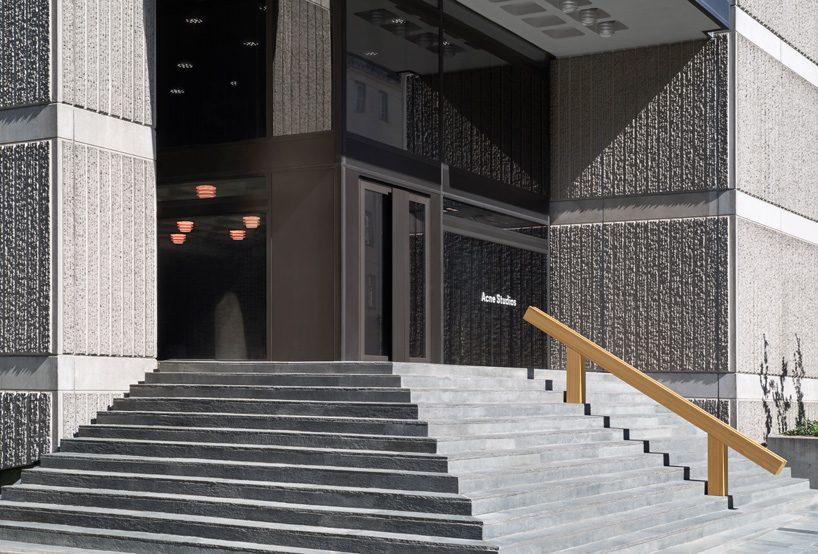 just over twenty years after the founding of acne studios, its new headquarters in stockholm captures the true essence of the brand’s original acronymic name, acne: ambition to create novel expressions. signature interior details tell the story of the brand’s history and global vision, including pieces by artist and designer, max lamb, who has created several custom furniture and decorative elements for the large-scale project such as seating from carved stone for the lobby, a metallic table for the library, vibrant rugs as well as a roundtable for the boardroom as an ode to the vikings. artist, daniel silver, has created a vast series of abstract collages dedicated to each space, incorporating surplus acne studios fabric from over the years. long-time collaborator and france-based artist, benoit lalloz, is responsible for the light fixtures, which can be found everywhere throughout the building. many pieces were made in acne studios’ quintessential pink hue, bringing softness in contrast to the brutalism in the spaces they illuminate. 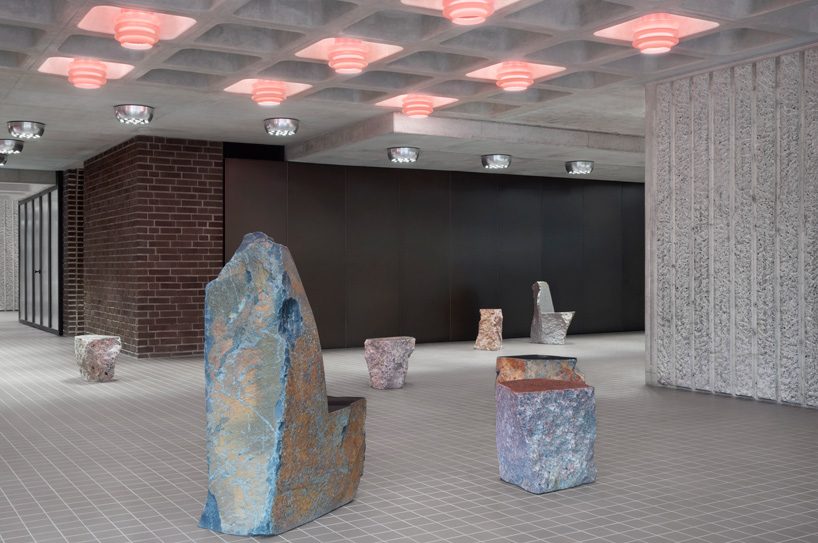 the layout of floragatan 13 is intended to encourage acne studios’ employees to meet and mingle across departments. located in the building’s basement, the canteen occupies the embassy’s former cinema, surrounded by walls of hand-chiselled concrete. on the ground floor, a library is open to all members of staff, who are encouraged to borrow books and seek inspiration, whatever their role. the four design and production floors are at the heart of the building, from the fitting room and design studio to the atelier and fabric store, while jonny johansson’s office is located on the sixth floor. outdoor seating is arranged around the building to invite members of the public into the acne studios experience. convivial touches are found everywhere, like the boardroom’s sunken seating area with its own fireplace, reminiscent of the former ambassador, who occupied the sixth floor as his personal residence.

‘acne studios is always evolving, and I want this space to evolve with us,’ adds johansson. ‘we will continue to add details in the month and years ahead. I believe design is alive, whether it’s fashion or interiors.’ 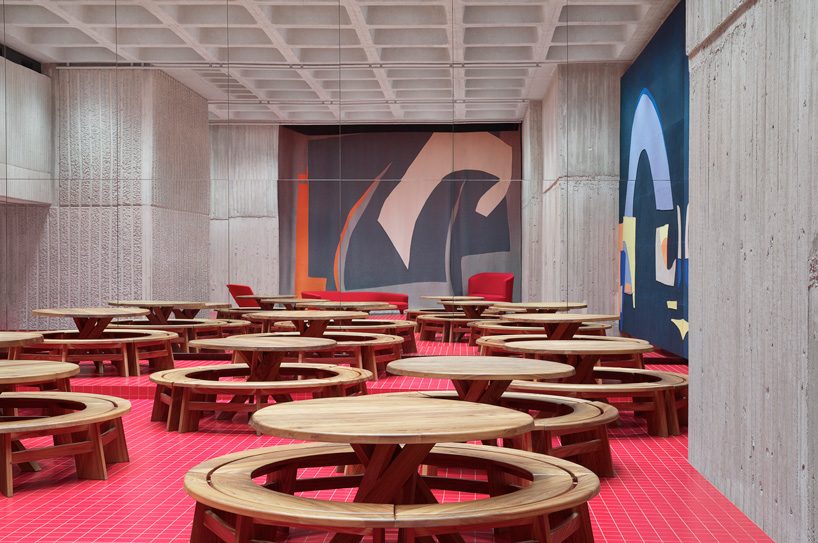 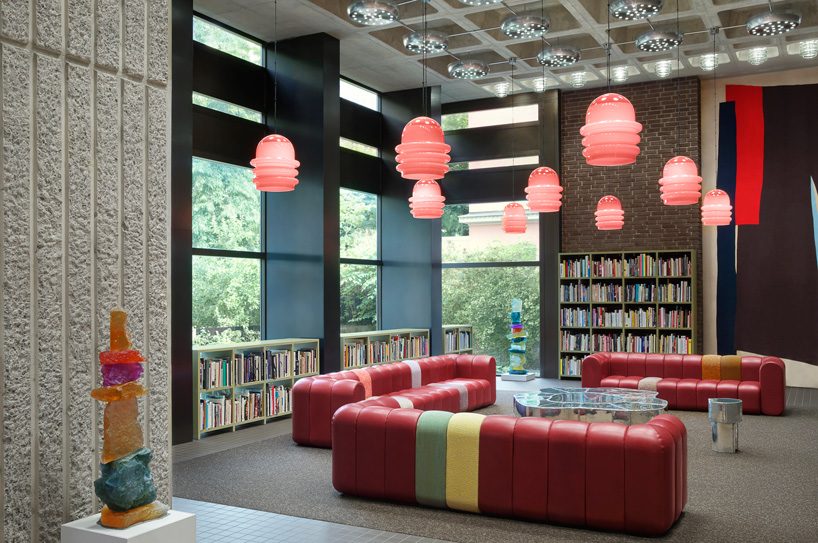 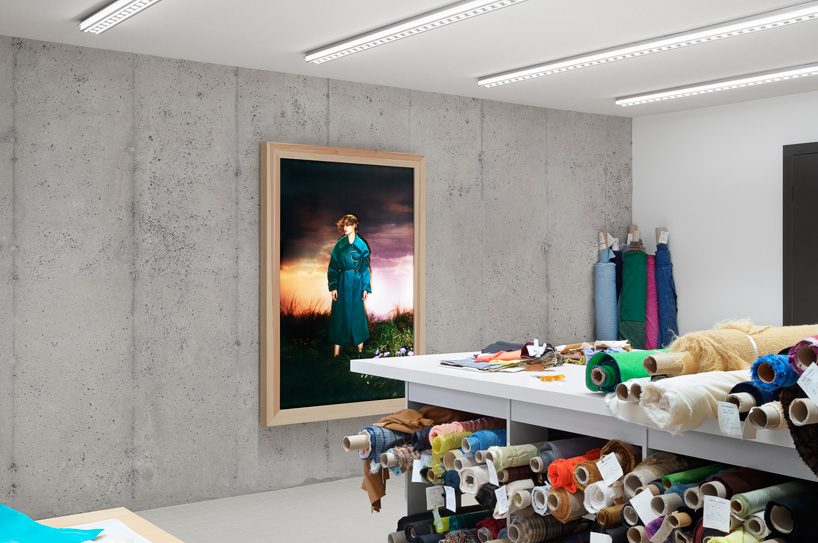 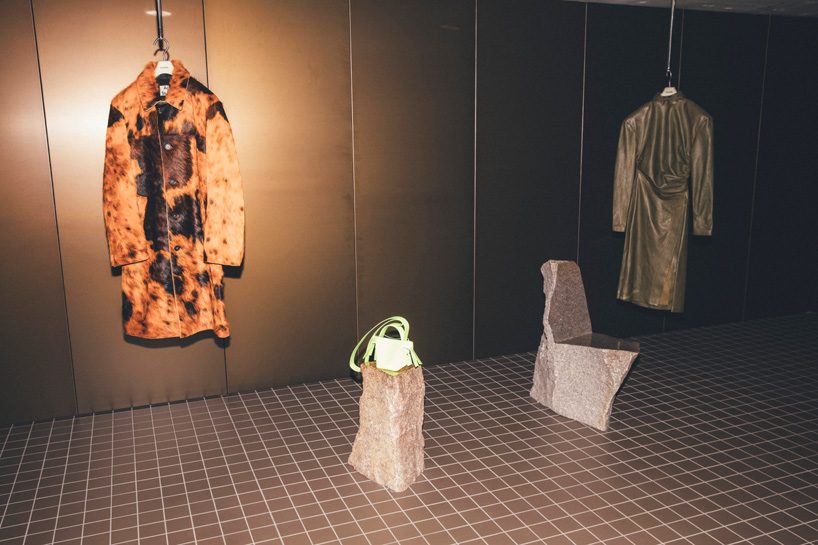 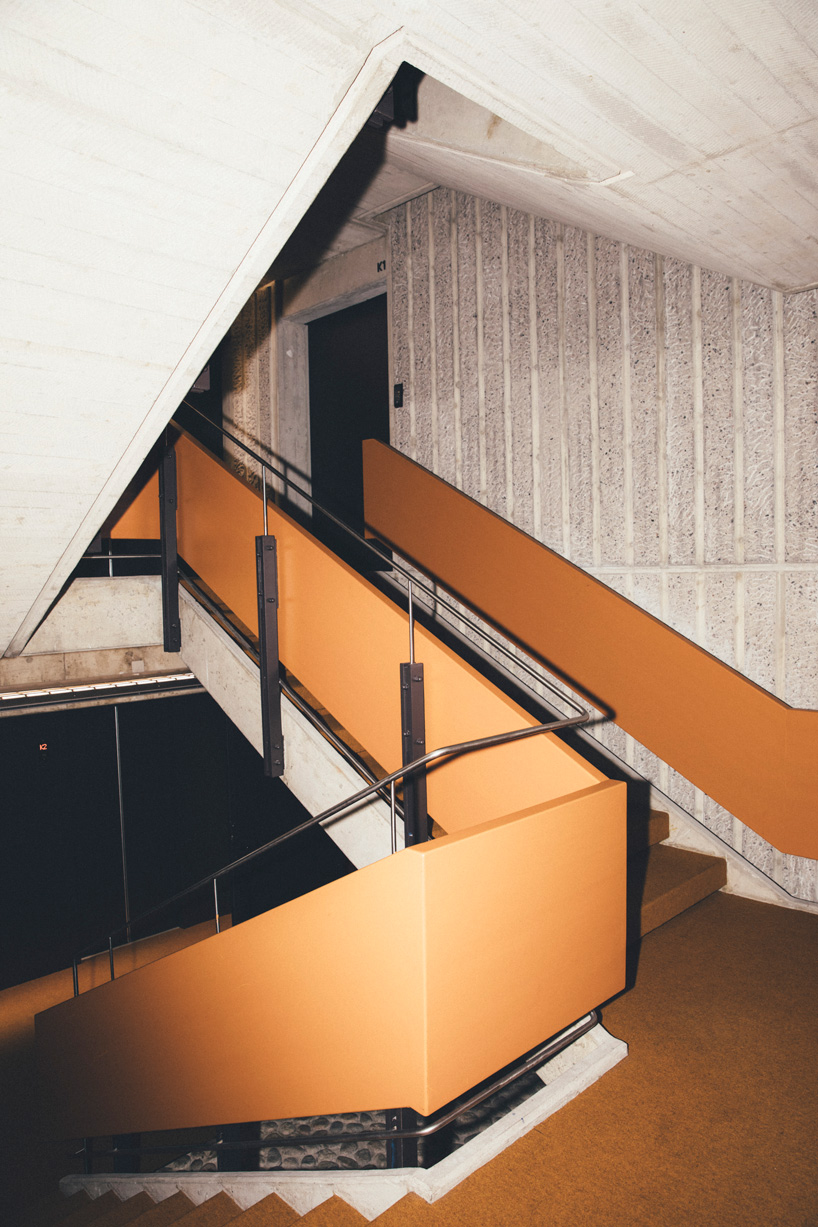 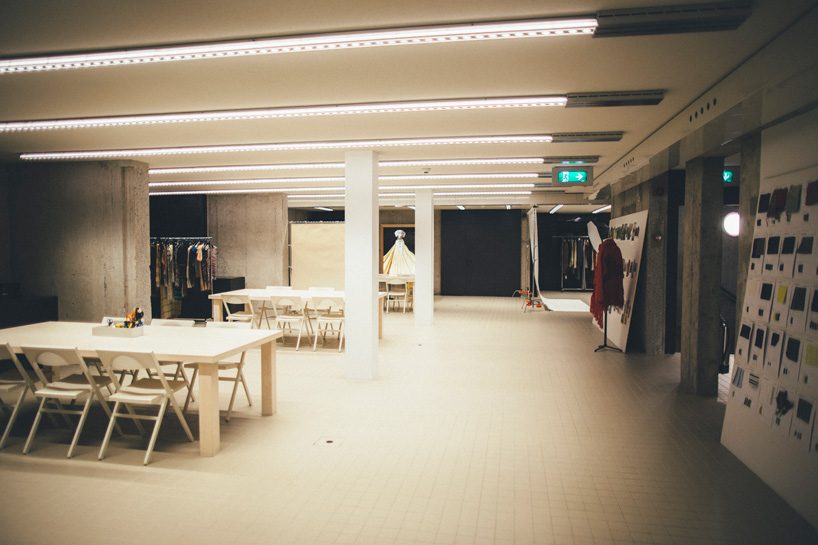 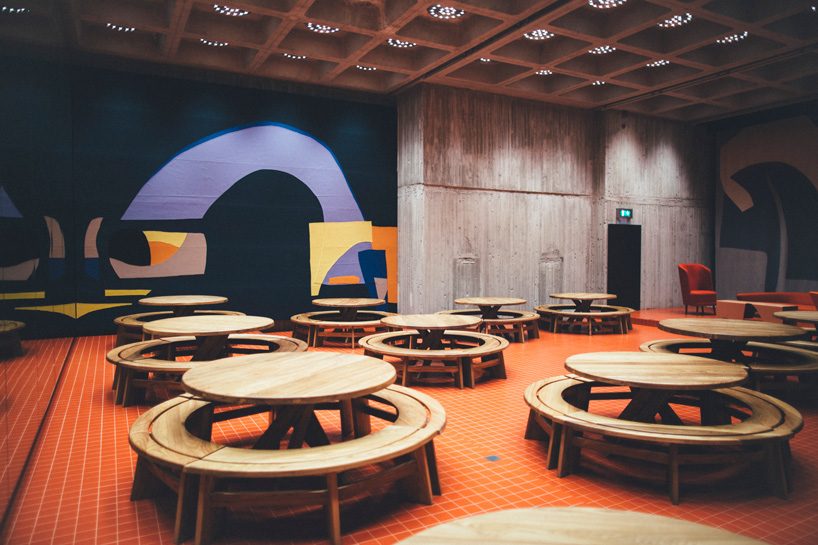 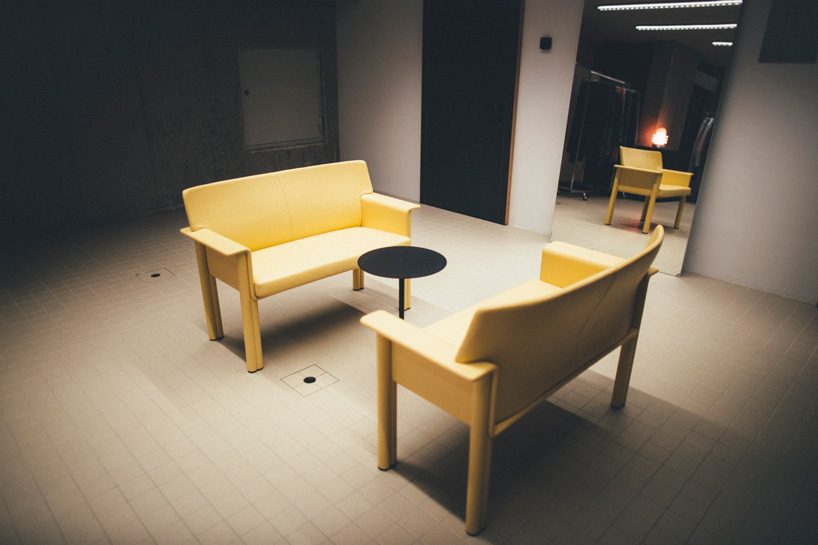 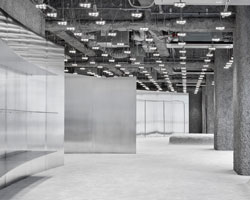 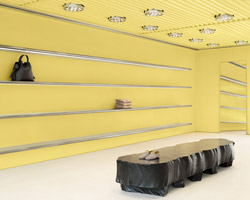 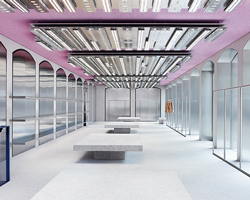