local-based architecture firm AD+ studio was tasked with designing a house set within a plot landlocked by closely placed buildings in ho chi minh city. to resolve this, they decided to build three different blocks within a distinctive zigzag shape, connected by a courtyard, corridors, and the roof. the first one acts as a transition space, bringing natural light and ventilation throughout the site while it provides a flexible and private space and shelter. the different living functions were accommodated within the varying-height structures. 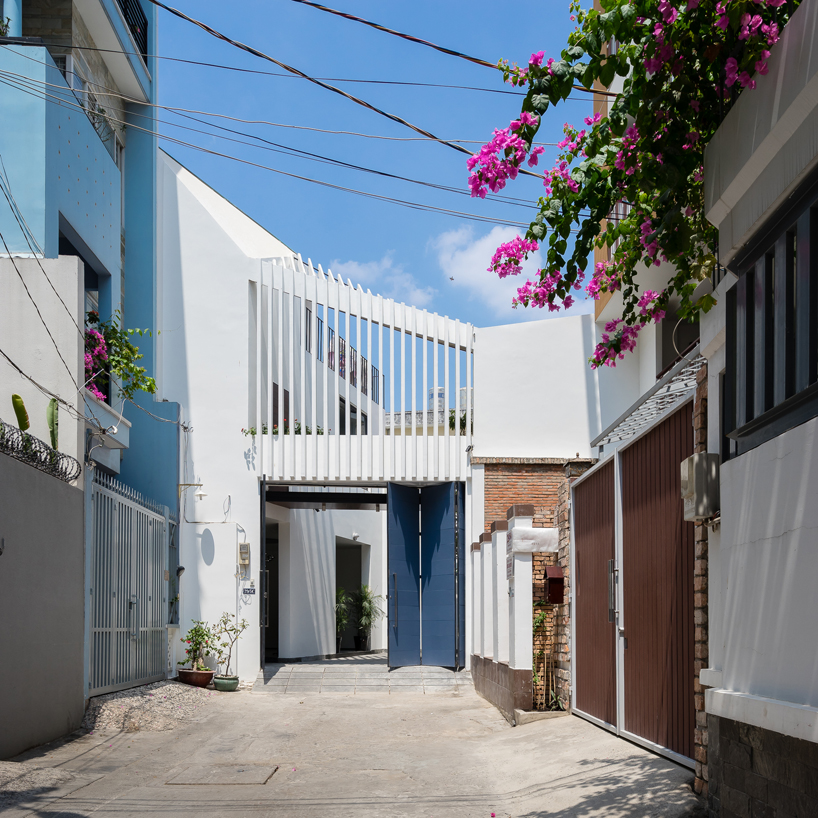 the corridors stretch across the three blocks at different levels which not only allow better circulation throughout the building but also capture the lights reflected through the changing shades of the materials during the diverse times of the day. the folded roof system created by AD+ studio wraps all the space blocks together to define them as one unity. its angular geometry was designed with changing height levels that help the house blend with the surrounding buildings. when seen from a distance, the unequal height of the house can be distinguished as a focal point. the louver system that extends from the roof into the façades creates a pattern and an aesthetic connection between the interior and exterior while performing a comfortable shading arrangement all year round. 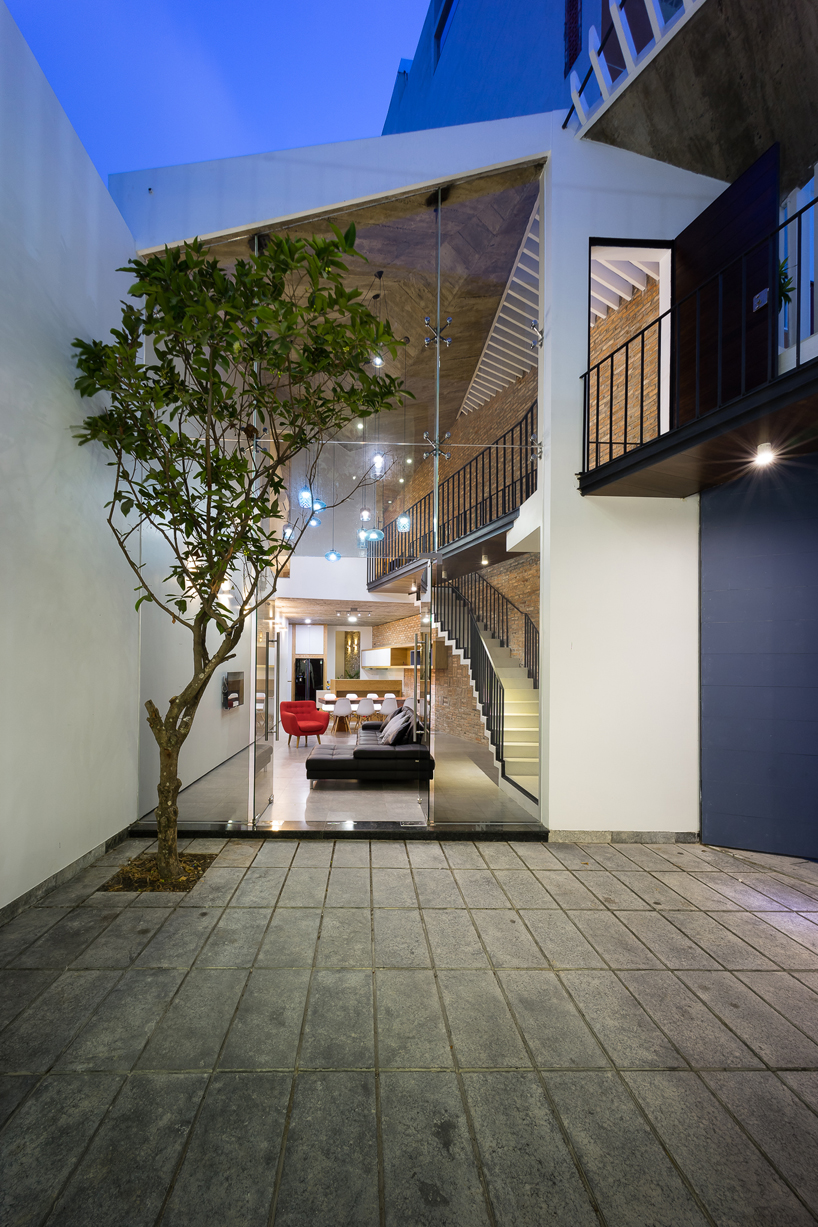 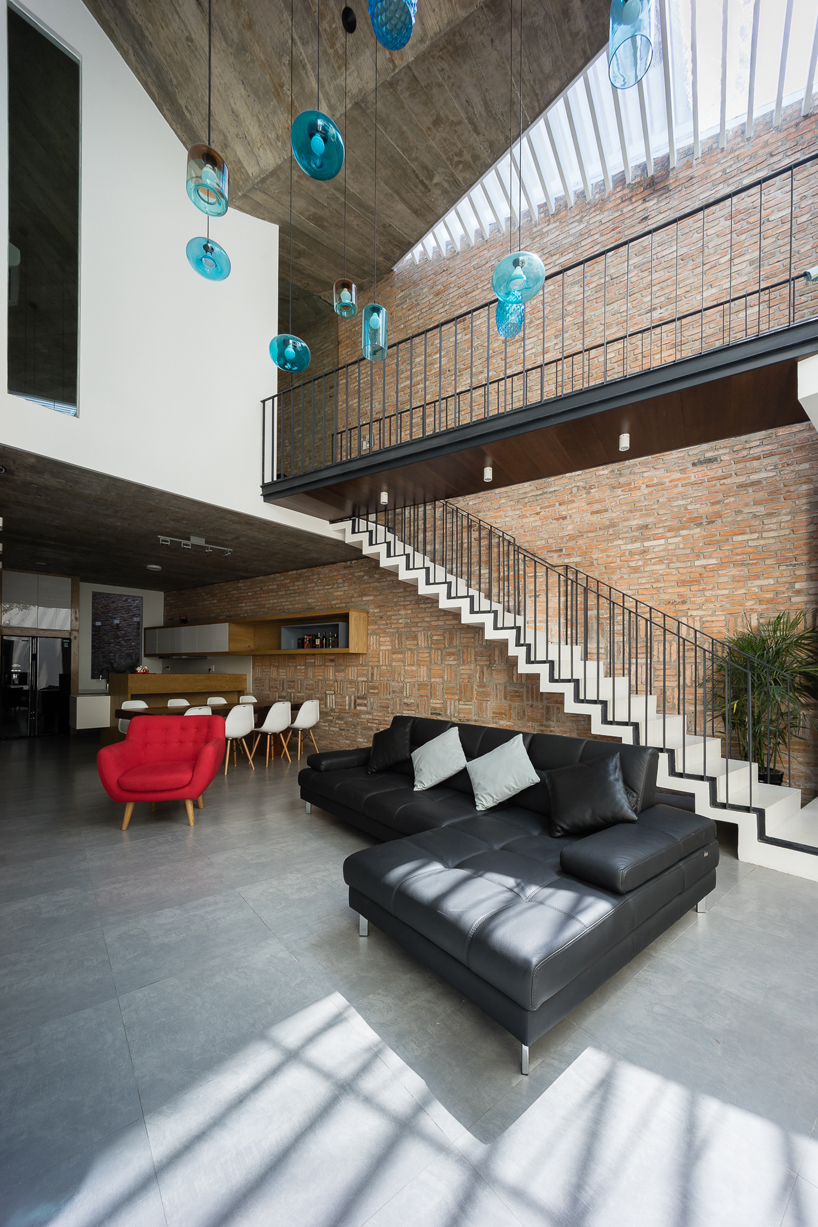 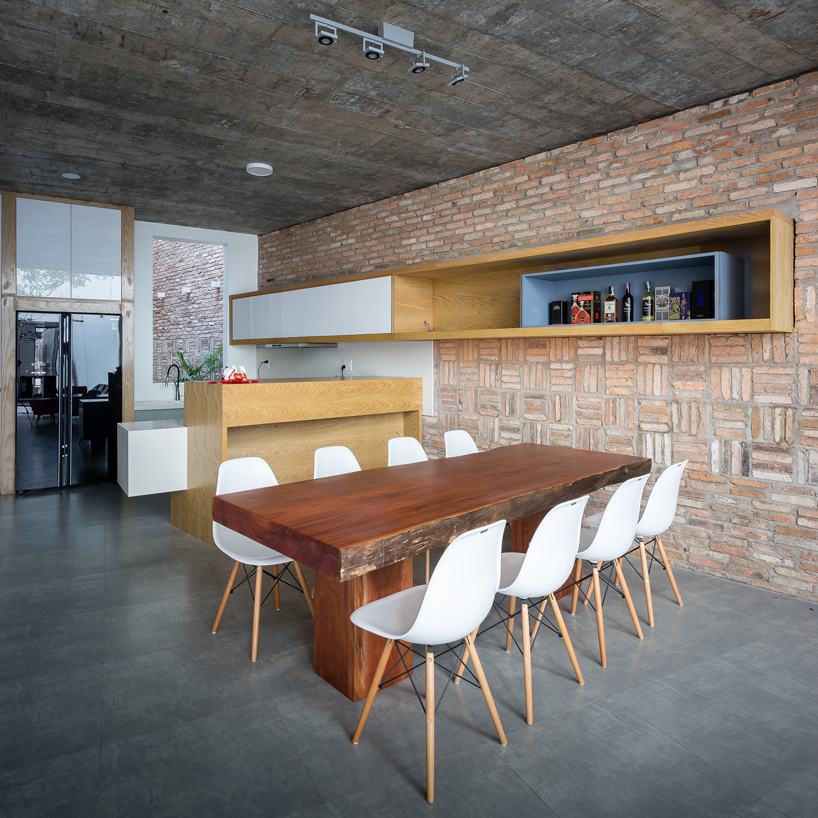 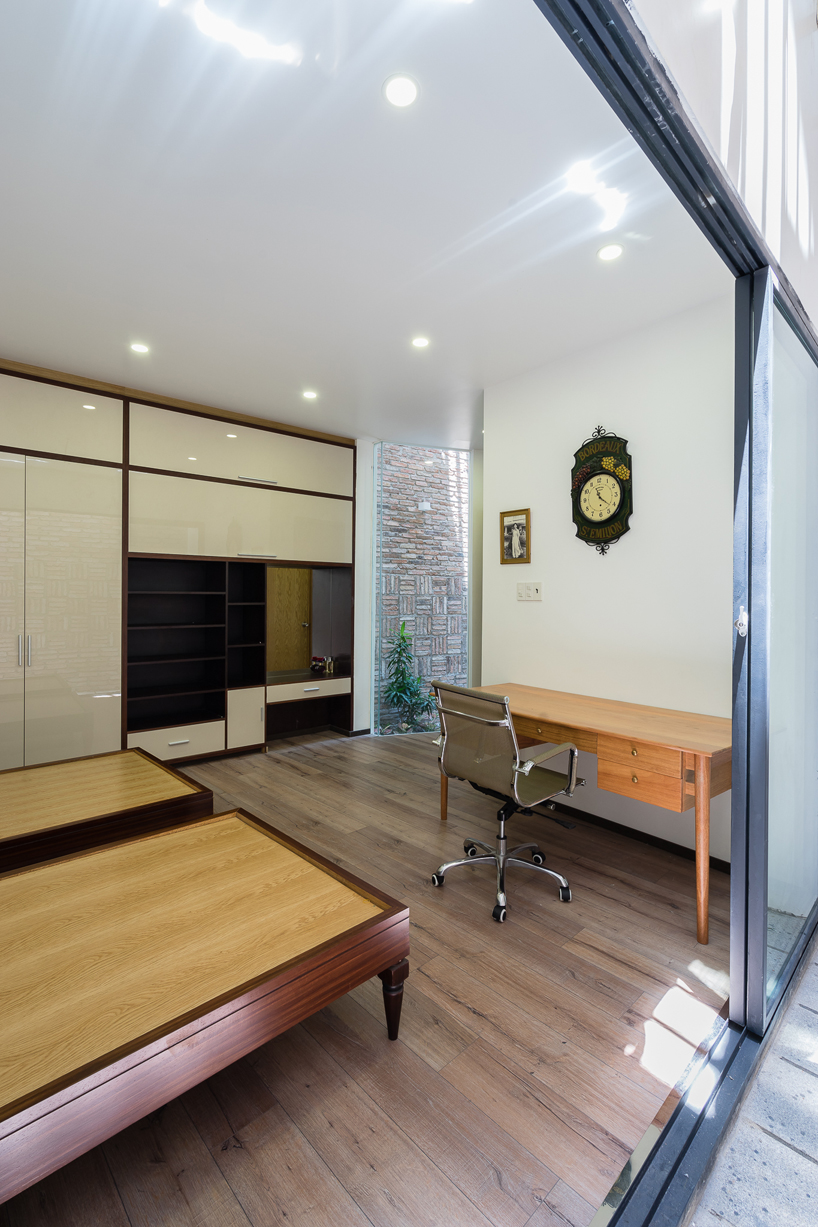 one of the bedrooms is surrounded by two of the garden spaces, bringing natural sunlight and ventilation inside
image © quang dam 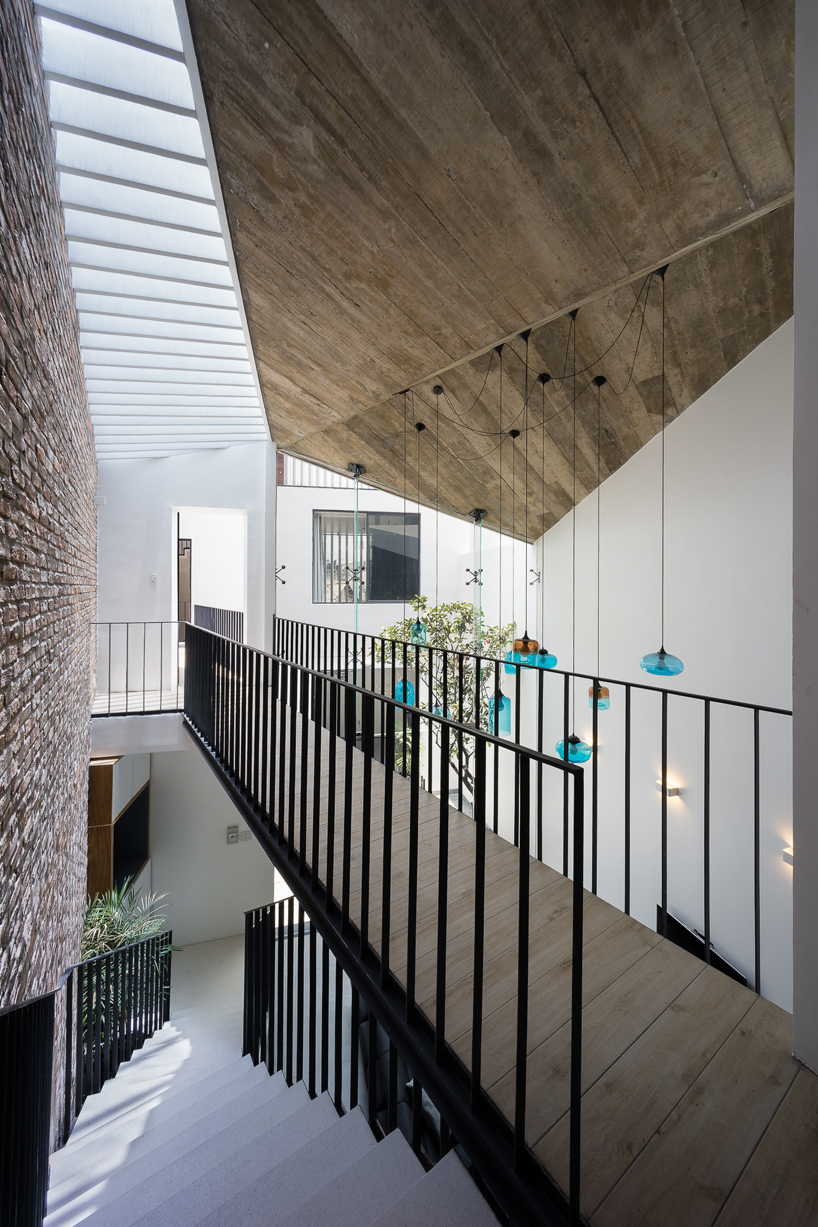 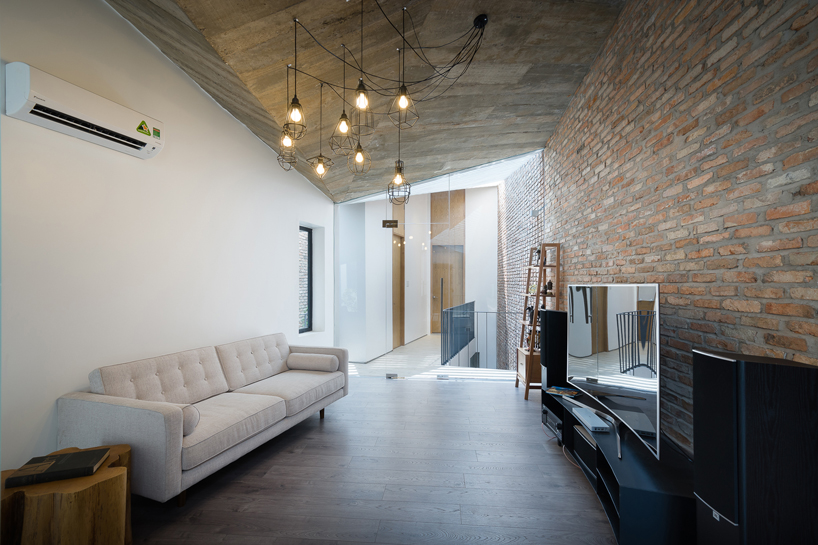 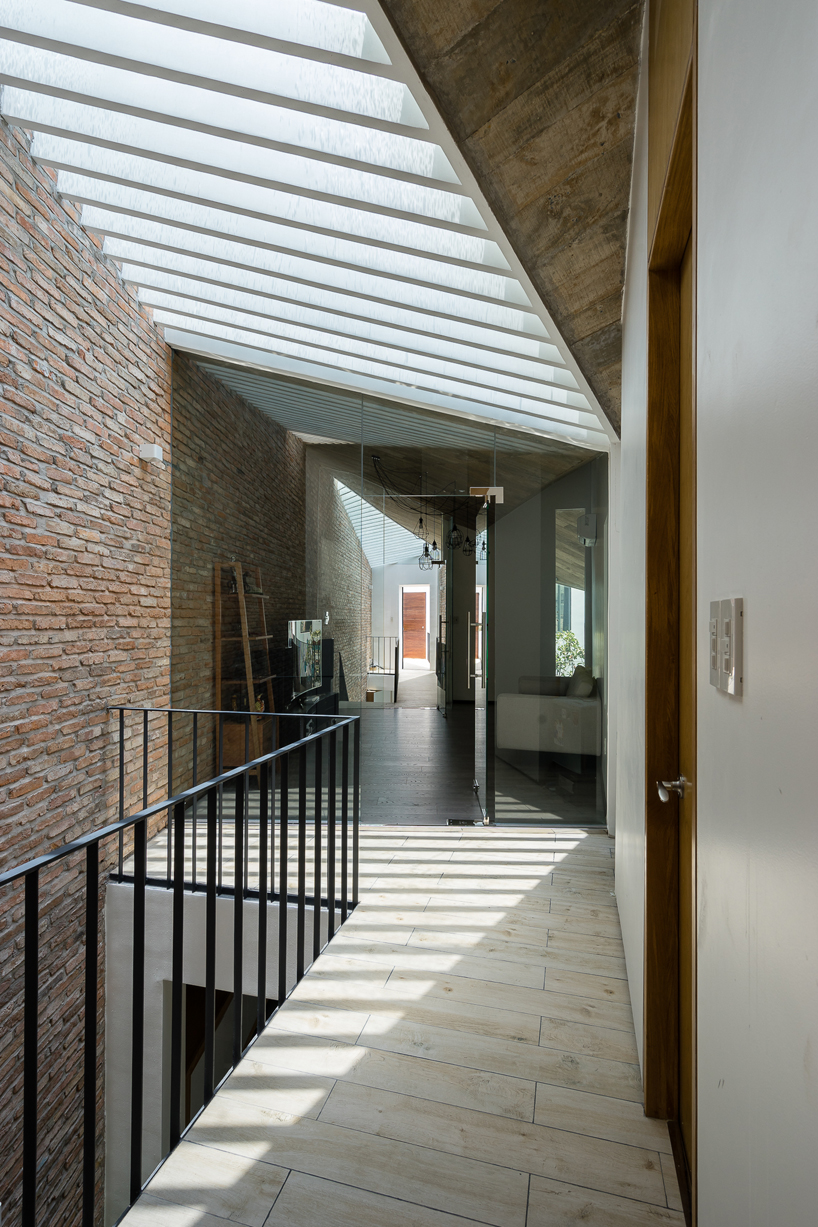 the straight corridors go through the space, transferring the user between the inside and outside
image © quang dam 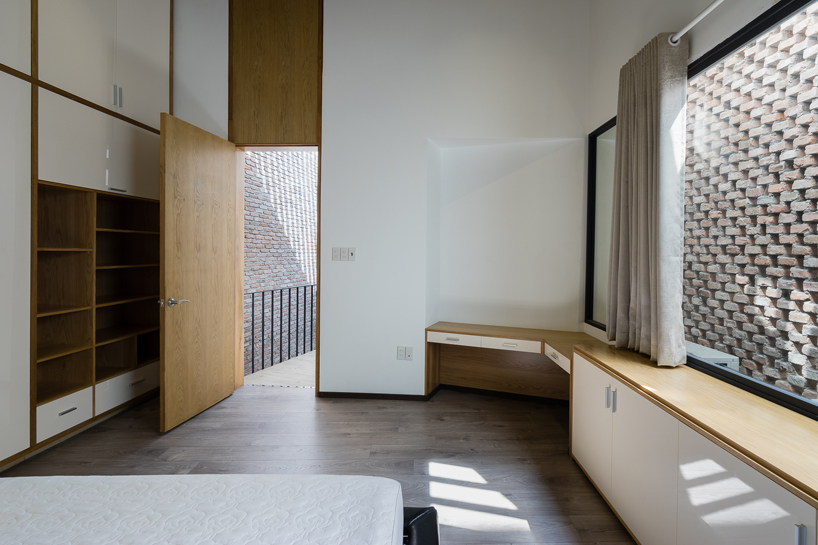 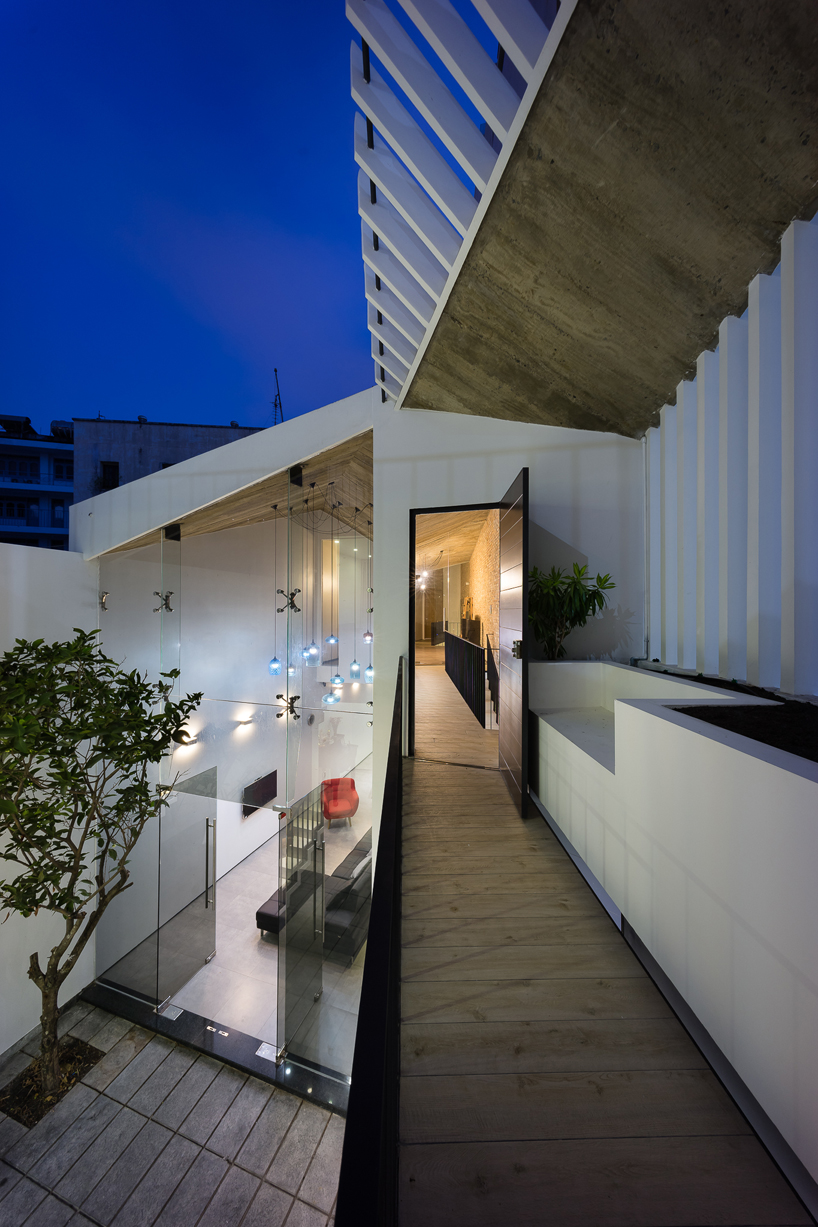 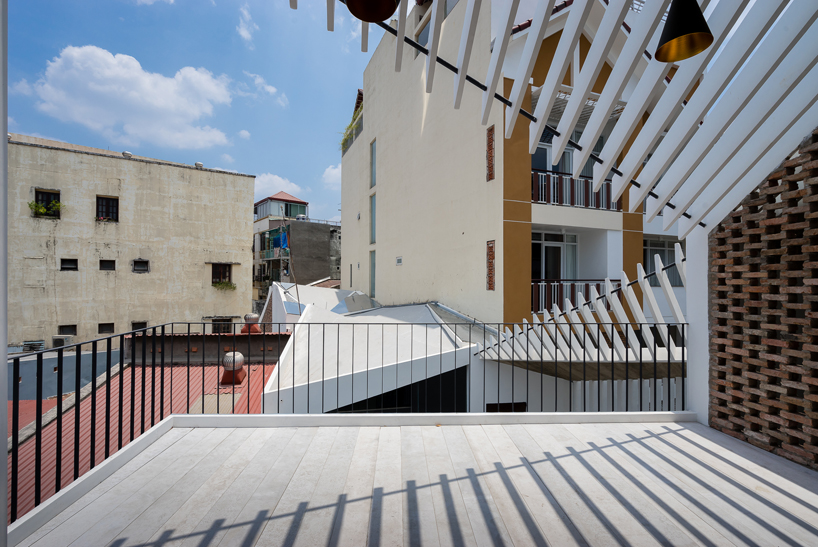 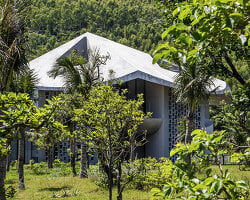 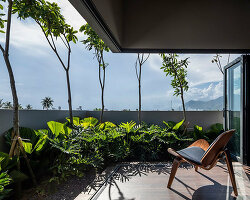 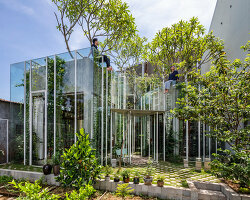 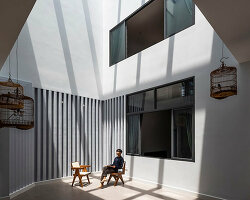 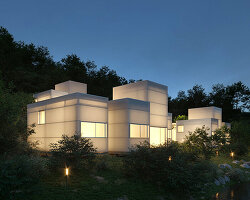