another pair of towers for the yongsan international business district, the ‘dancing dragons’ by chicago-based architects adrian smith and gordon gill of adrian smith + gordon gill architecture will join their practice’s collection of tall structures. containing a program of residential, officetel and retail, the pair of skyscrapers will set themselves apart from the extensive masterplan with an exterior aesthetic derived from traditional cultural influences. cantilevered from each of the 450 and 390 meter tall vertical cores, a series of miniature towers are applied and stacked on the facade, appearing to float beyond the building’s edges. the top and bottom of each projected element feature dramatic diagonal cuts which hearken to the eaves of korean pagodas.

sheathed with overlapping glazing units arranged in a scale-like pattern, the external appearance references the the skin of the mythical creatures directly referenced in the development’s name, yongsan, which means ‘dragon hill’. the curtain wall panels integrate operable 600mm vents the produce a breathable skin. 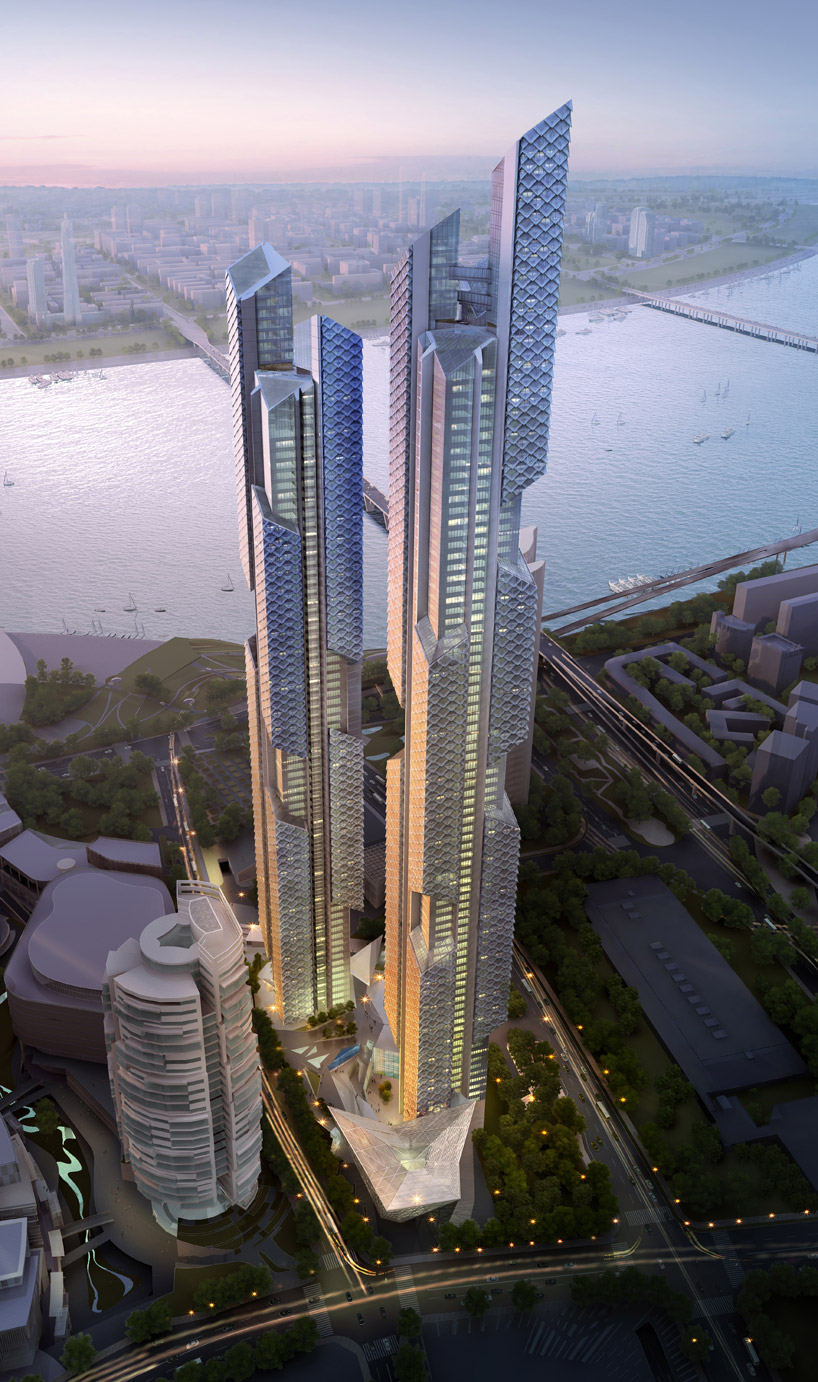 aerial view of the towers and base 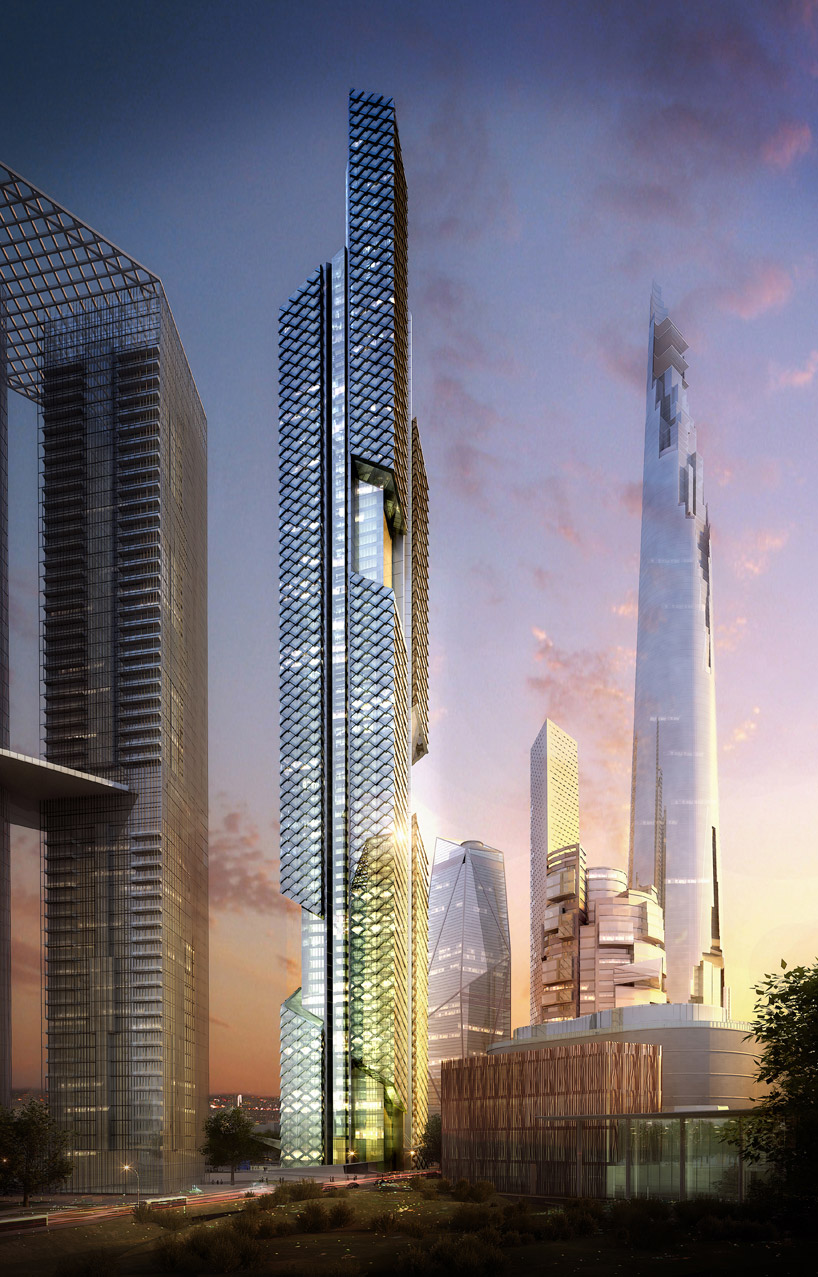 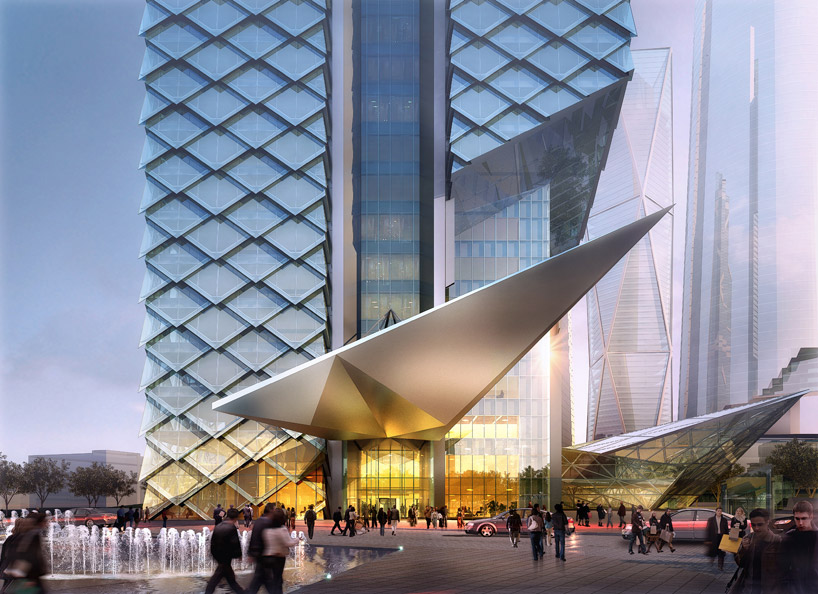 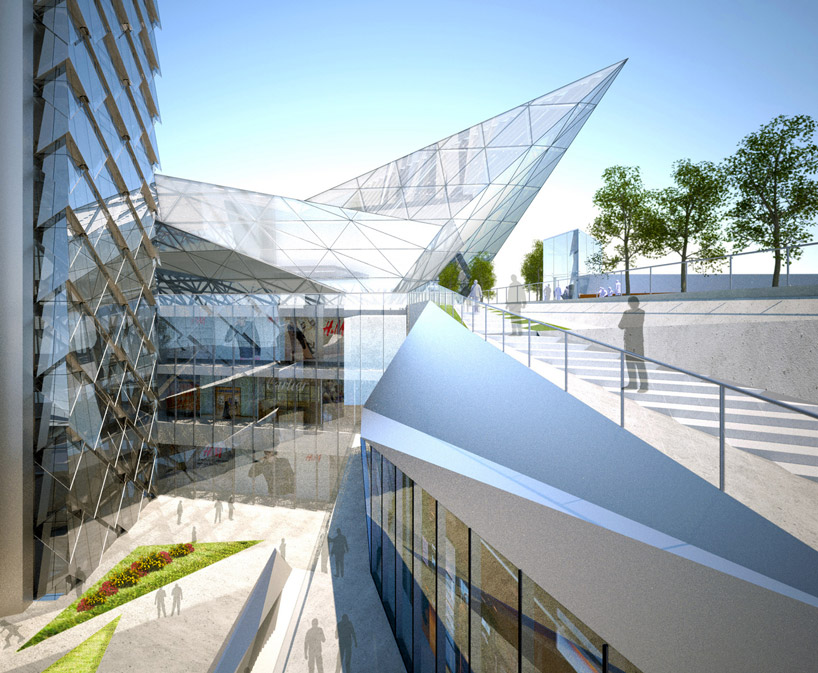 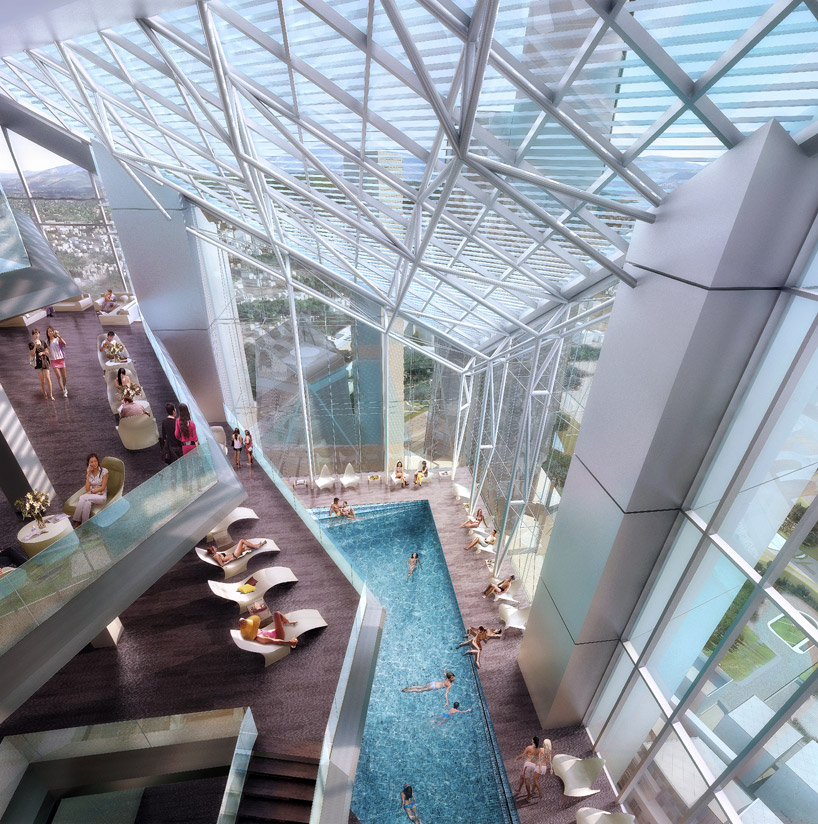 atrium within the miniature towers 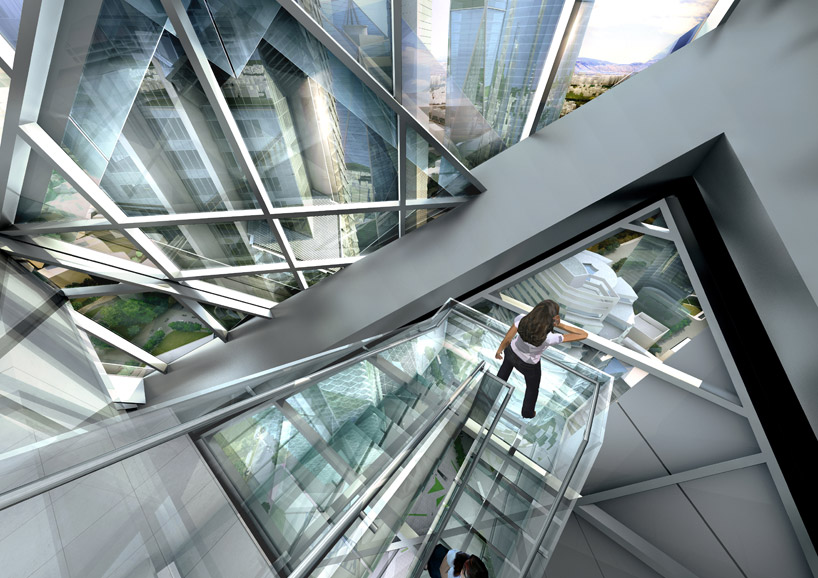 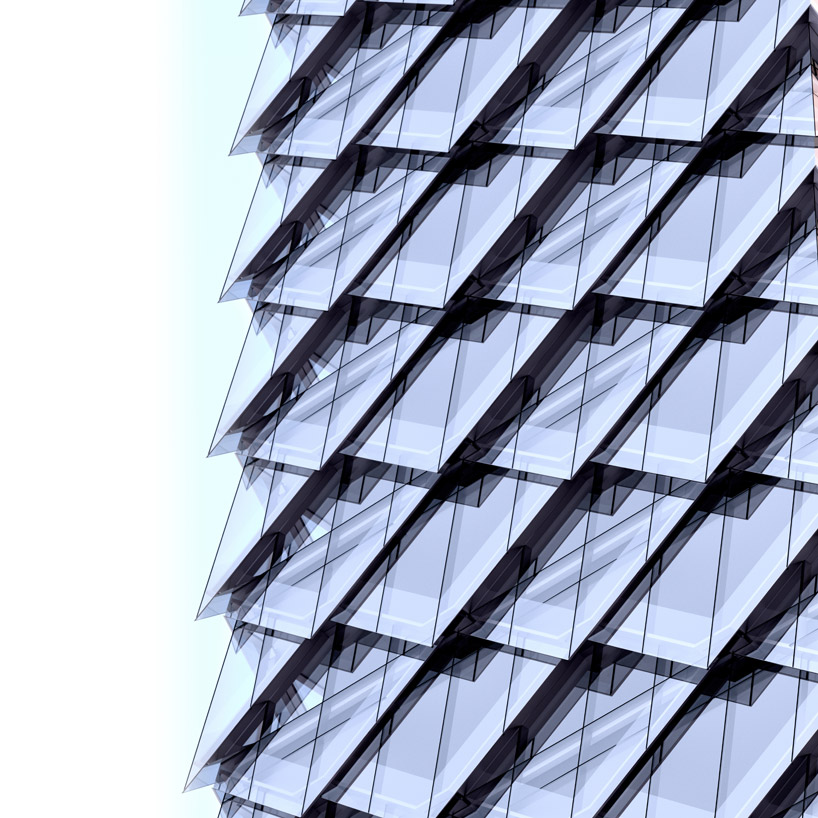 detail of the overlapping curtain wall, mimicking the scales of a dragon 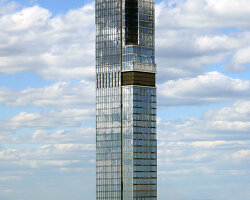 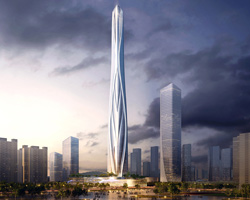 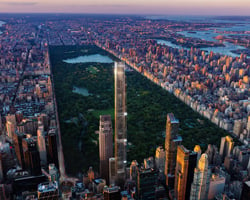 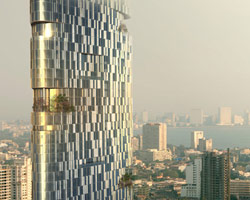 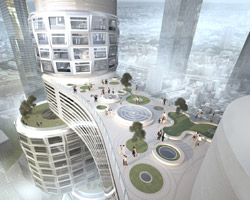 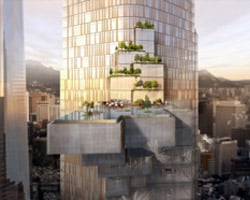 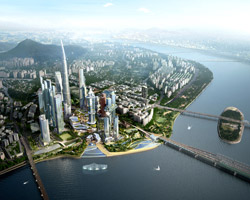 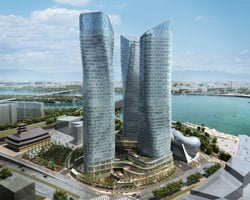