what does canadian ice hockey player gordie howe have to do with a new bridge soon to cross the detroit river between ontario and michigan? howe was a proud canadian and equally proud to have played most of his professional career in the united states. just like he linked the two counties, the new bridge will connect communities on both sides of the border. the winning bid to build the long-awaited gordie howe international bridge has just been announced by windsor-detroit bridge authority (WDBA) — designed and delivered by AECOM and its bridging north america consortium partners, the 2.5 km structure with its main span of 853 meters will be the longest cable-stayed bridge on the continent and one of the largest in the world. 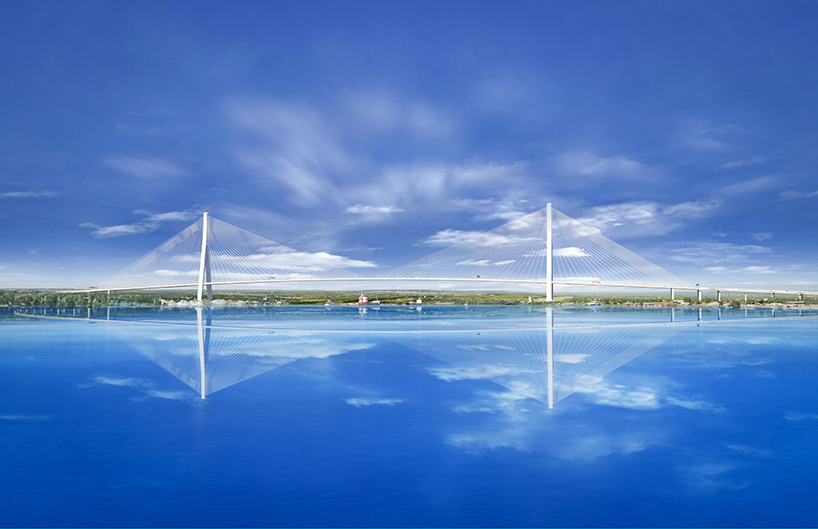 all images by AECOM
courtesy of windsor-detroit bridge authority

the windsor-detroit trade corridor is the busiest commercial land crossing on the US-canada border. the new six-lane bridge will provide new border crossing capacity to meet increased long-term international trade and travel demand. the bridge is designed as a gentle curve, anchored at each bank by graceful towers. the two towers with their imposing height at more than 200 meters and fan-shaped arrangement of cables will create majestic portals that launch the bridge deck across the river. the distance between the two pylons, the main span, is 853 meters, while the side spans are each 320 meters. the deck floats high above the water in a smooth arch and transitions seamlessly into the side spans at either end. the side spans are completed by the 12 backstay cables and a pair of ancillary piers that transfer the loads directly into the ground. 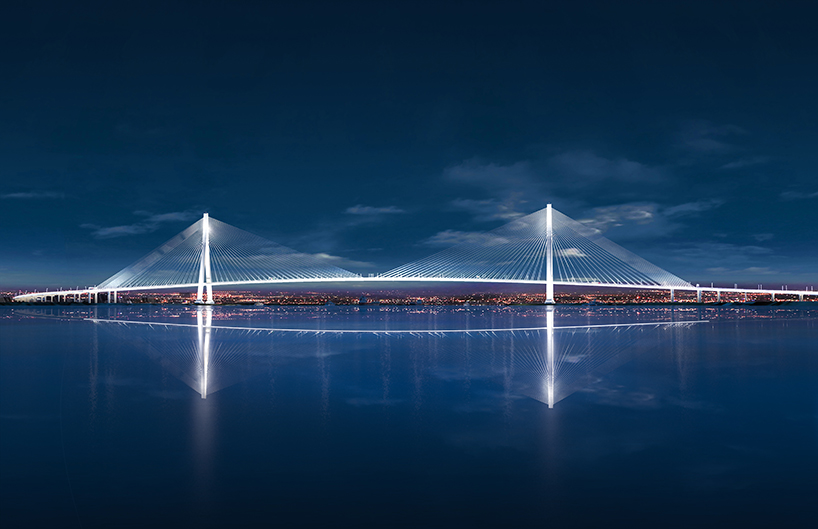 ‘the aesthetic appeal of this cable-stayed bridge lays in the extreme slenderness of the deck which in combination with thin stays provides an impression of gravity-defying lightness and transparency,’ said erik behrens, AECOM’s chief bridge architect. ‘the patterns of the stay cables create ever-changing moire effects when viewed from different angles. at night, the gordie howe international bridge will become a landmark light sculpture and transformational work of public art, stimulating a culture of collaboration and cross-cultural exchange in the region.’ 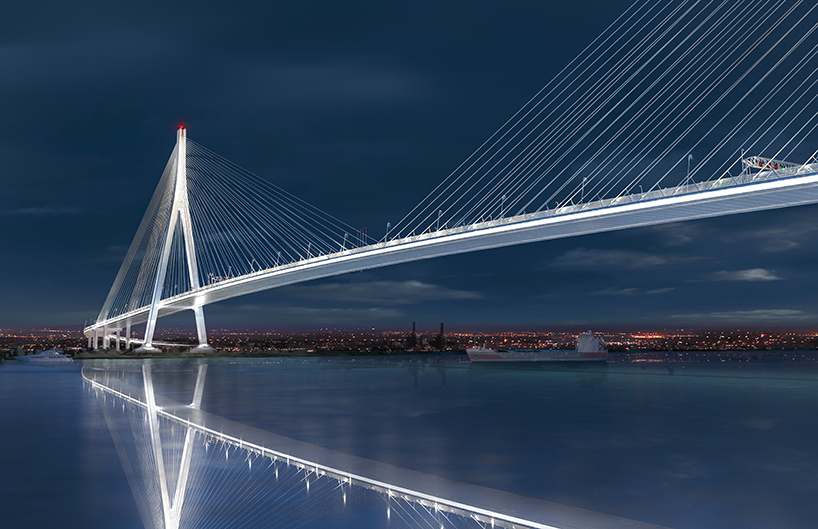 the bridging north america consortium will also be responsible for building the canadian port of entry, US port of entry, and michigan’s i-75 interchange connecting to the bridge. the work on the project started in the fall of 2018. the winning consortium, known as bridging north america includes dragados, aecon, fluor,  AECOM, and other partners. 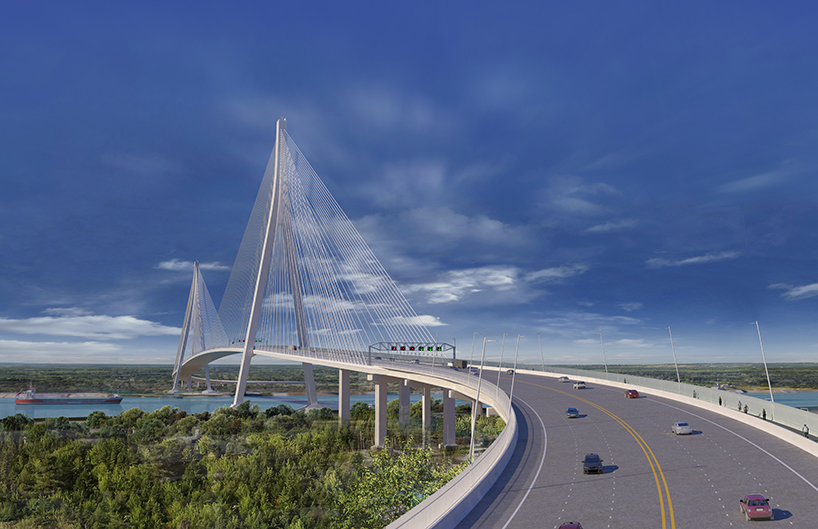 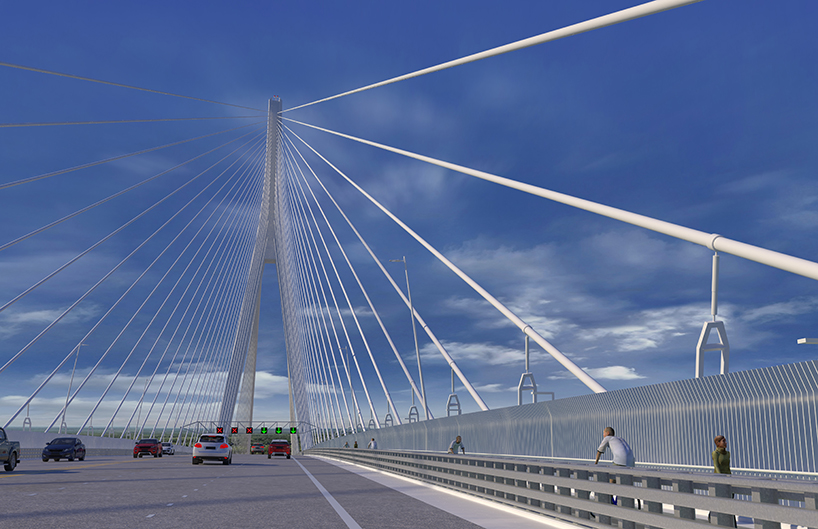 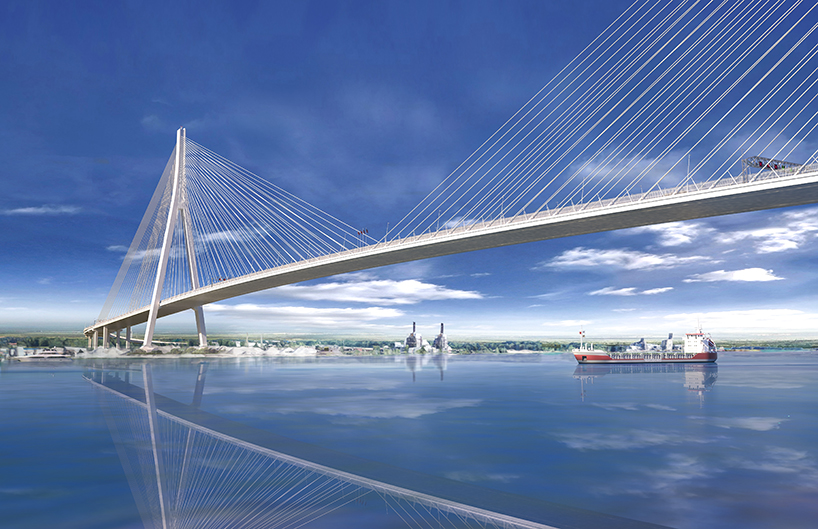 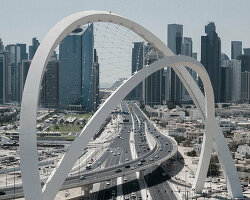 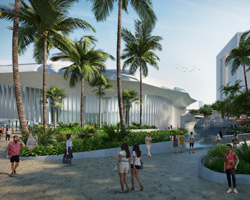 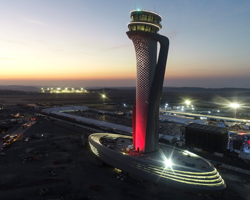 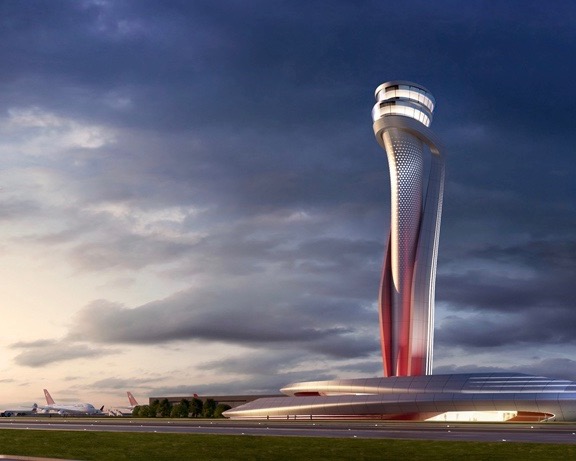