centrally positioned within urban hong kong, the ‘express rail link west kowloon terminus’ by international practice Aedas is a transit hub for a high speed railway which travels between hong kong and beijing. the 430,000 square meter facility will host 15 tracks creating the largest underground terminal in the world. accommodating regional lines as well as long distance services, the functional arrangement needed to consider that 80% of ridership is projected to be commuters between nearby shenzhen and guangzhou, requiring limited internal distances to make connections. contextual restrictions dictated the major railway types were separated on either the eastern and western halves of the site.

in-house customs and immigration controls for passengers from hong kong and china are placed on successive arriving and departing levels, representing both entities within the structure while striking an efficient organizational balance. above the transit areas, an arching 400,000 square meter development opening to a public forum will generate a metaphorical gateway for transient visitors. an outdoor amphitheater for performance welcomes the dynamic happenings of the adjacent cultural district. 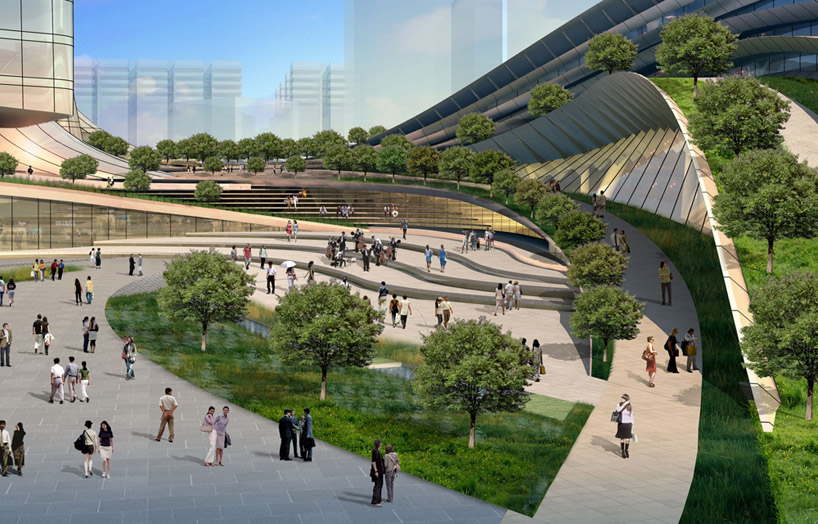 flowing ribbon pathways spread to the roof plane, morphing into a highly sculpted garden. atop the 25 to 45 meter tall volume, an observation platform along the south elevation directs views towards the skyline, victoria peak and encompassing landscape. the roofscape circulation will link to retail and nearby subway and public transit points. voids and apertures within the façade bring daylight as well as visual glimpses down to the sub-grade platforms. 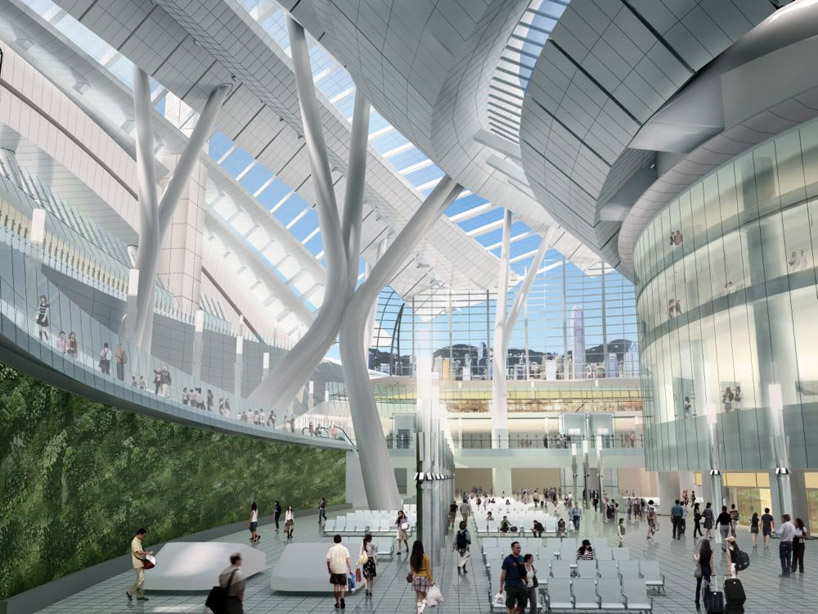 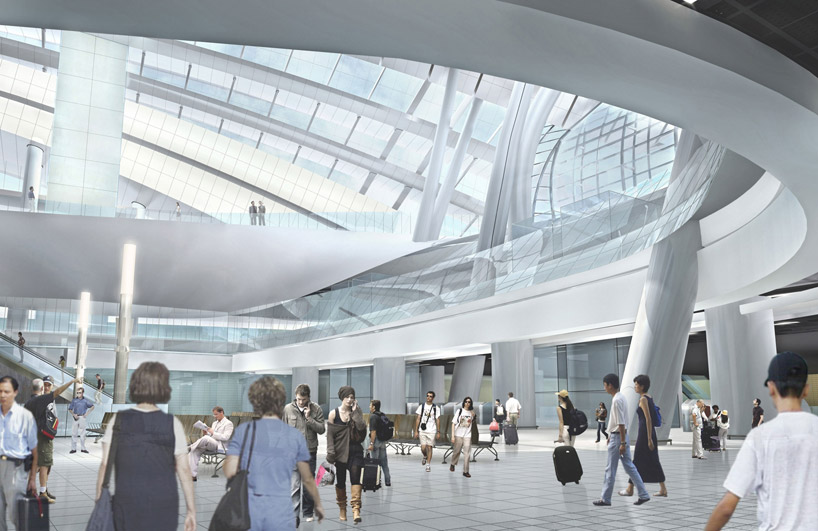 terminal is flooded with natural daylight from above 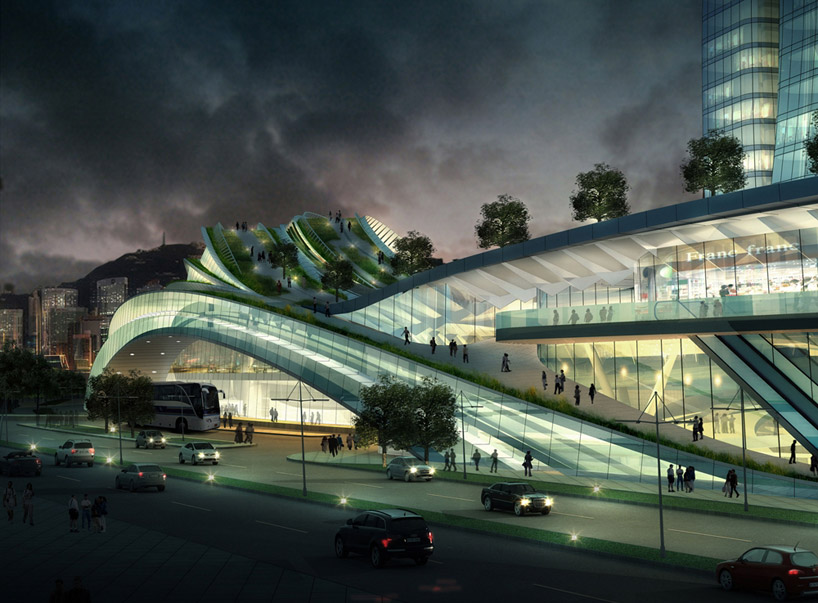 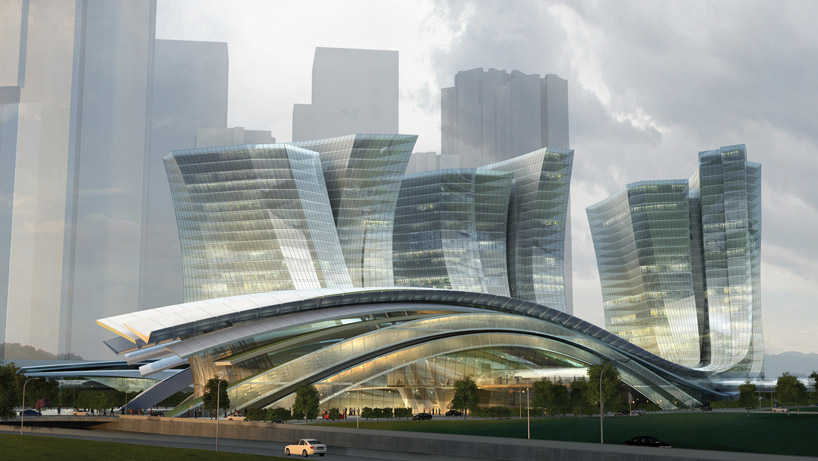 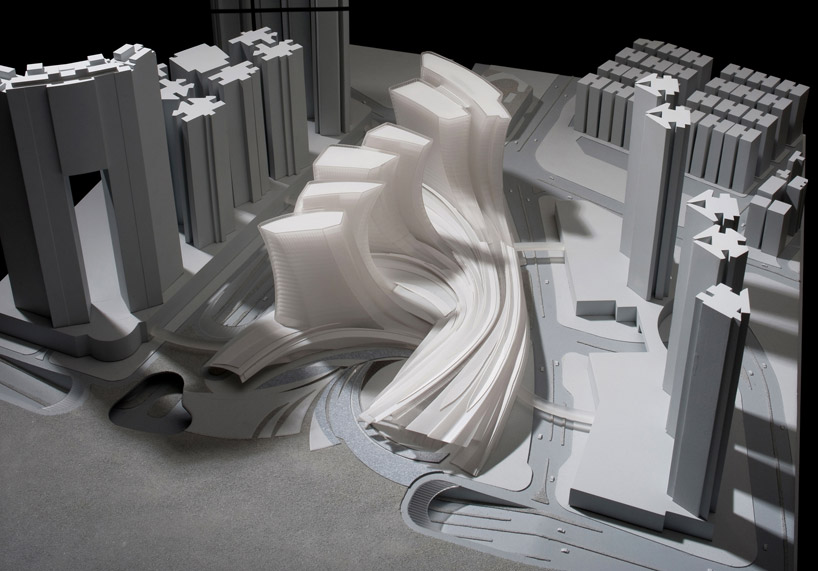 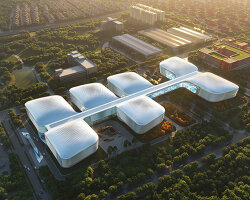 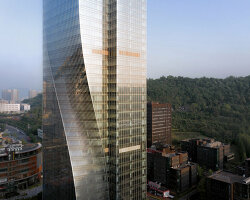