international architecture firm Aedas has been awarded the design and construction of the new yantai international airport terminal 2 in china. the project is part of the second phase of the airport’s expansion project. as the lead design architect, Aedas is part of an international team consisting of CSWADI and ‘new era airport design institute.’ the new 167,000-square-meter building is located south of the existing terminal 1 and will annually serve 23 million passengers by 2030. in addition, the airport will also see a planned expansion to over 200,000-square-meters, serving 34 million passengers each year by 2040. 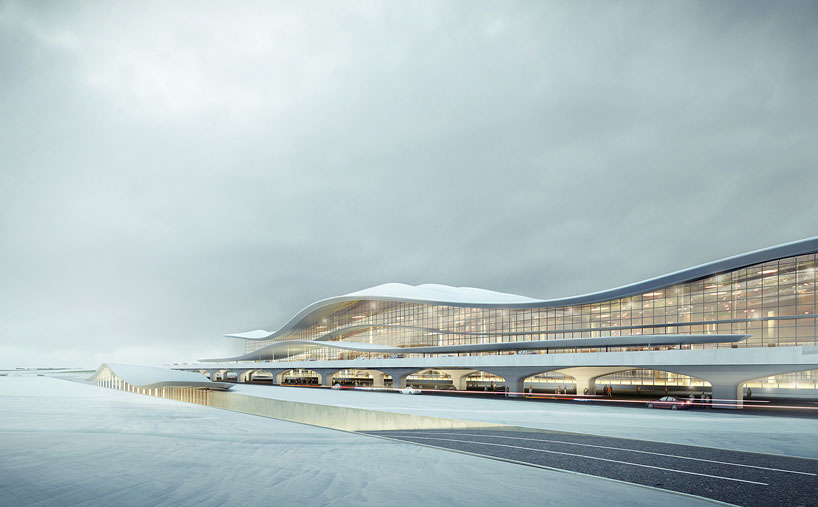 the formal, sweeping roof canopy of the Aedas-designed terminal is inspired by the nearby kunyu mountain, with the region known for its unique coastal mountainscape. undulating skylights draw natural light deep into the terminal’s departures, check-in, and processing halls. the concourses are organized to form a long coastline, with generous bays for aircraft parking and circulation. skylights over the concourses serve as guides so that passengers circulate intuitively toward the departure gates. the expansion project for yantai international airport is designed to resolve the rapidly increasing demand for air travel generated by the area’s growing economy. 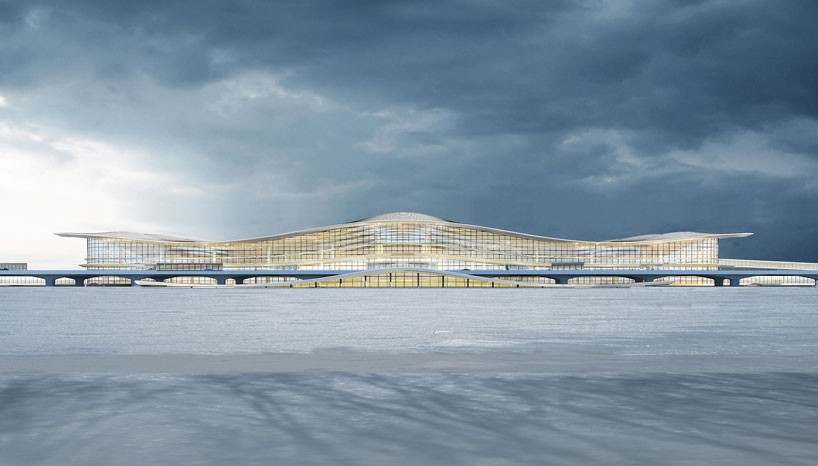 the form of the building references the region’s distinct topography