the new kaijo and canyon surfaces by designer markus bischof for agrob buchtal may differ significantly in form, but both create striking, geometric façades. 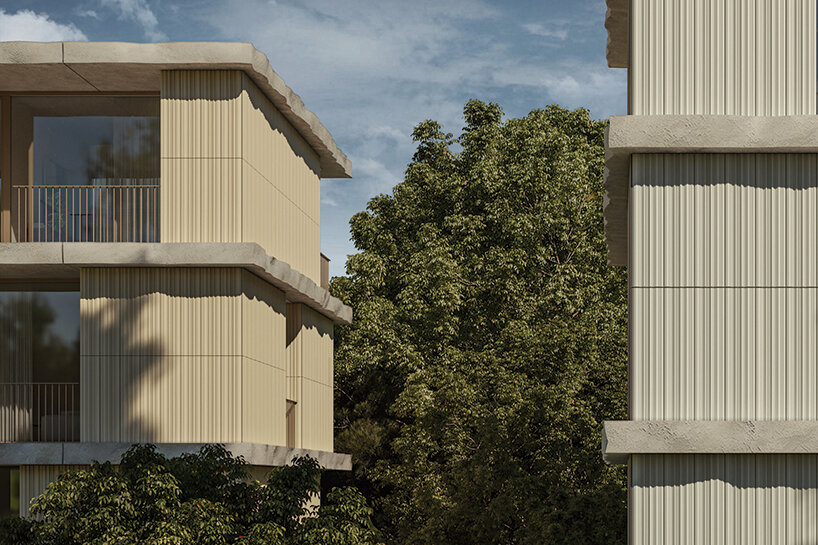 with agrob buchtal’s striking new canyon façade tile, facades can be structured either vertically or horizontally. through light and shadow, its parallel lines are emphasised in ever new ways

it would be nonsensical to rank which element of a building influences its aesthetics the most. after all, it always depends on the individual design and on the respective architectural vocabulary. but one thing remains without question, namely the fact that the façade is undoubtedly decisive for the overall appearance of a building in terms of its surface area and the manner in which it shapes the image of a city due to its visibility.

architects can produce strong accents with their designs, create rhythms and dynamic or calm surfaces depending on the surface structure and colour of a façade. the choice of the façade cladding is therefore decisive for the overall result and it has a lasting influence on a building’s external aesthetic. 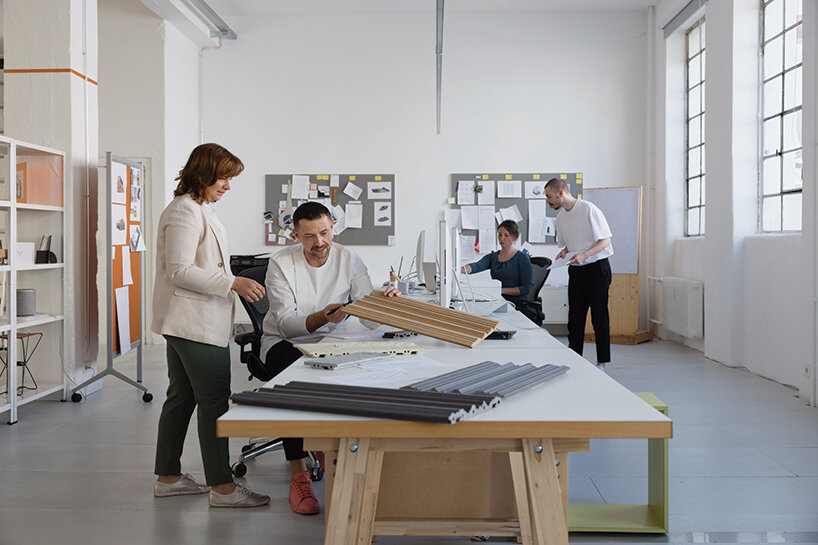 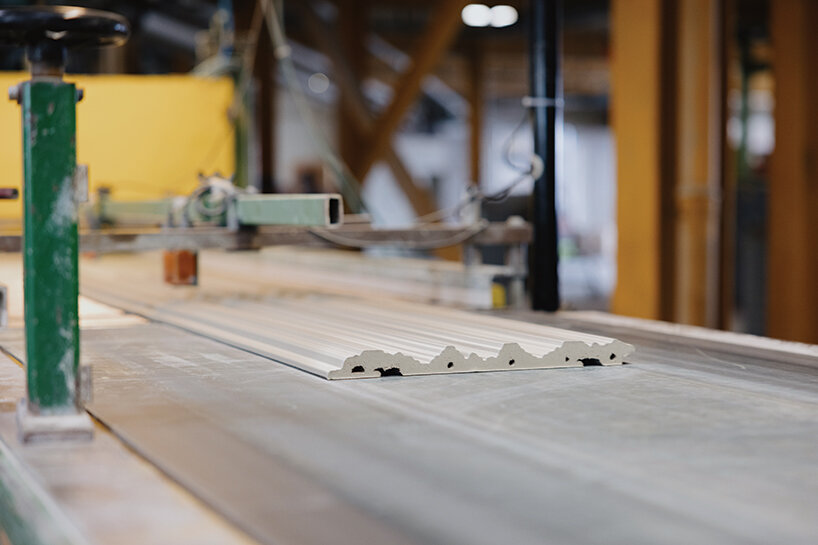 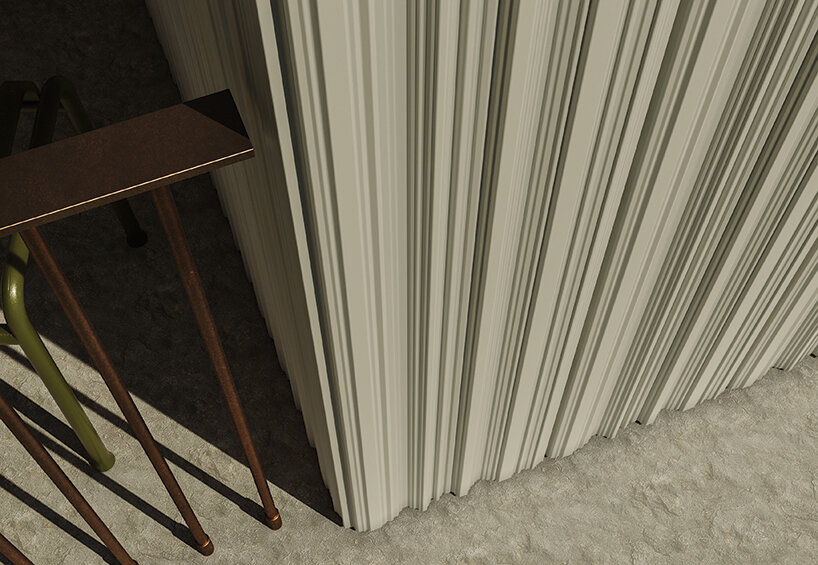 designer markus bischof developed the canyon series together with agrob buchtal. in his studio, he carried out various tests to get a feel for its behavior during forming

as a specialist in architectural ceramics and ceramic façade systems, agrob buchtal stands for innovation and quality products ‘made in germany’. architects and interior designers have long appreciated the fact that they can choose from a wide variety of formats, colors and surfaces at agrob buchtal, but that there are also options for customization.

‘with my car full of soft material, I drove back to my office and we carried out a wide variety of experiments to get a feel for the behaviour during formation’ 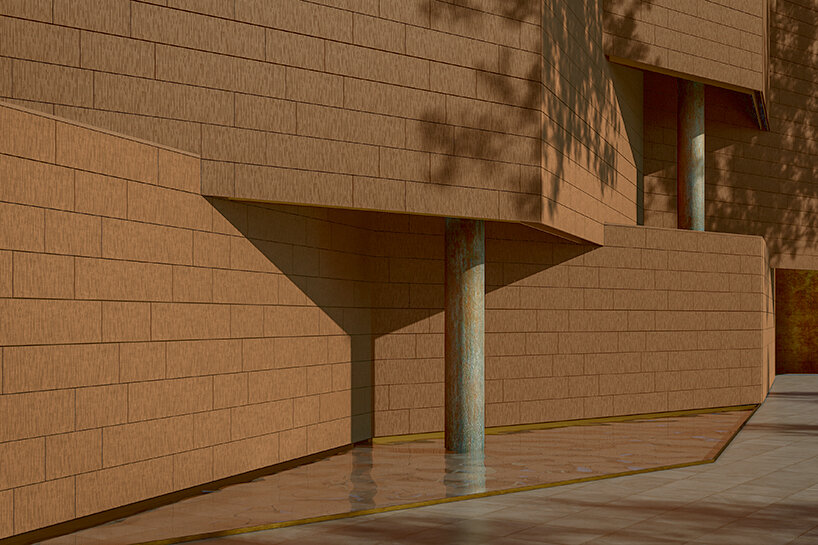 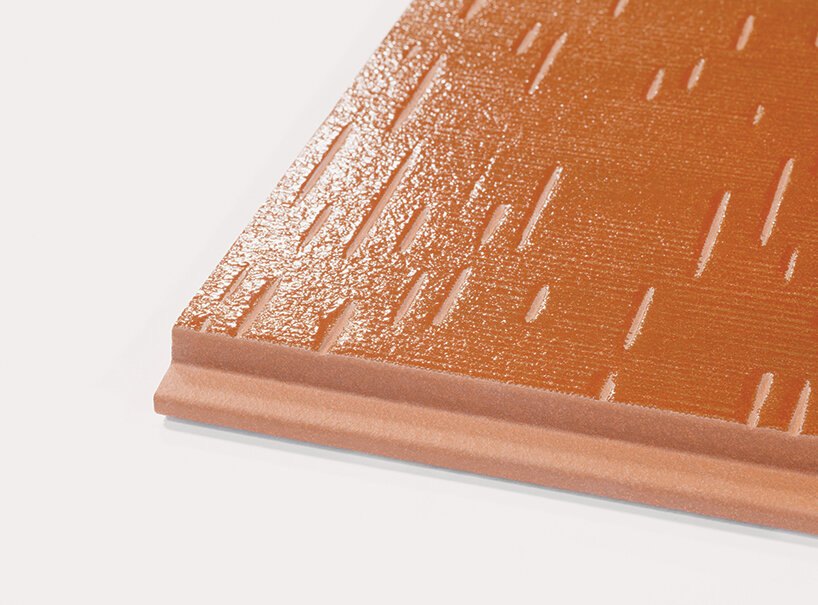 in the case of the kaijo series, also designed by markus bischof, it was analogies to a water surface from which the designer derived an abstract 3D graphic that is embossed into the surface of the final product

when asked how he approached this project, bischof answered by saying, ‘first I followed the process of creating a ceramic in the agrob buchtal factory in order to derive design possibilities from it. a façade ceramic consists foremost of a plastic mass that is formed by extrusion, dried, glazed if necessary and then fired. with my car full of soft material, i drove back to my office and we carried out a wide variety of experiments to get a feel for the behavior during formation.’

these workshops with the first experimental trials were an important basis for the designer and his team to discover the feasibility of different methods: ‘at the beginning, I thought less about the end product and more about the effect on the entire structure.’ for bischof, it was imperative that the ceramic elements interact with the surroundings of a building and the external influences.

according to bischof, from a distance a façade makes ‘a promise, so to speak, which it should keep when seen close-up’. from the first attempts, two approaches eventually crystallized: one was characterised by a deliberate irregularity, the other he describes with the terms ‘light & dynamic’. the kaijo and canyon series were developed from these ideas. 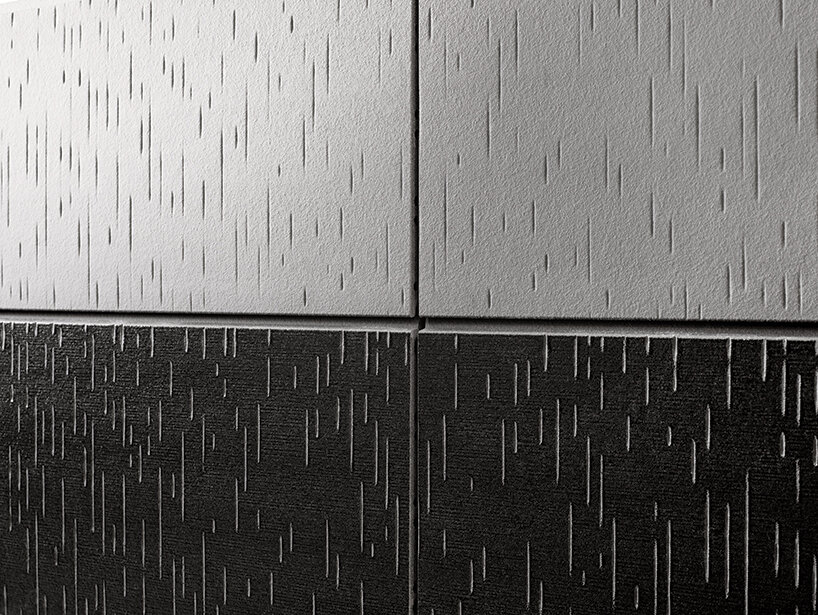 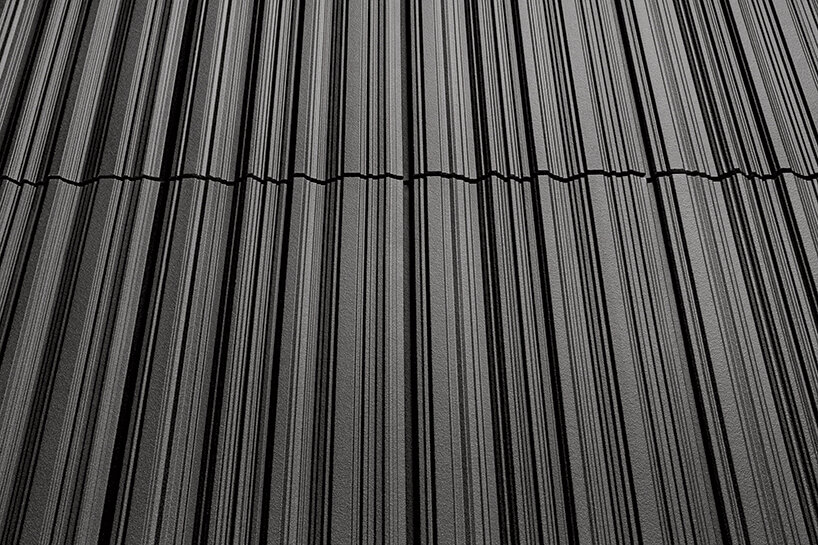 the kaijo (top) and canyon (above) series are clearly different in form. both complement the product portfolio of agrob buchtal’s keratwin ventilated façade system

the name canyon alludes to the millennia-old sedimentary deposits found in the grand canyon in arizona. while in the case of kaijo, it was analogies to the surface of water, to rain and to the play of shadows on leaves from which bischof derived an abstract, 3D graphic that is embossed into the surface of the final product.

so the results are subtle, even poetic depending on the light effect and whether the elements are placed vertically or horizontally, their impression differs strikingly. the designer says, ‘both façades are very lively and they change their effect through the position of the sun and one’s own perspective.’ when canyon is installed horizontally, its structure grounds the building, emphasizing its length. 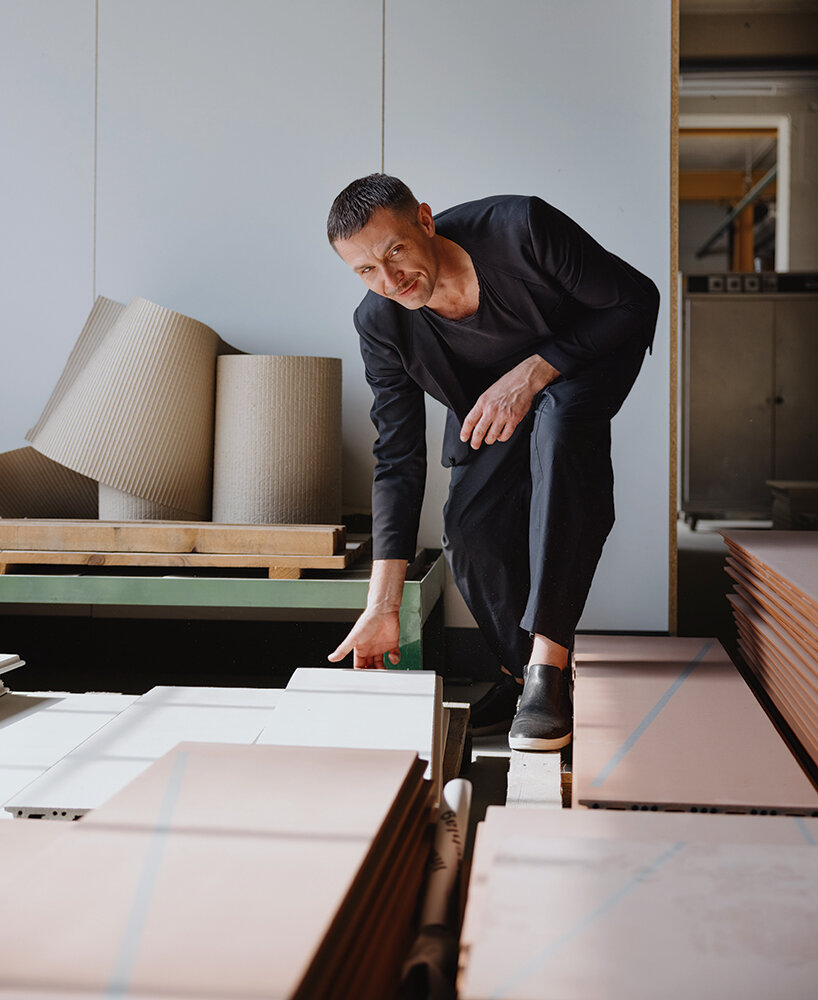 designer markus dischof brought his many years of international experience to the project, having worked in the new york studio of designer karim rashid, among others

mounted vertically, canyon acts, according to bischof, ‘like a curtain in the wind’, emphasizing the height of a structure and lending its façade a sense of lightness. ‘in the cross-section, the joint pattern is lost, which I personally find very beautiful. in the case of kaijo, the elements can also be placed vertically and horizontally, but the effect is not so obvious at first. only through the influence of light and the resulting shadows in the embossed areas does the quality of the surface become clearly visible.‘

incidentally, agrob buchtal not only supplies the ceramics for the two new series, but also the corresponding substructures. but the most important aspect is that they can be used to design more than a single façade. architects can choose from a wide range of options and special designs can also be realized, for example in terms of colors, formats and cross-sections.

and that’s not all: curtain-type, rear-ventilated façade systems are also very efficient in terms of thermal insulation. this is not only about saving energy when heating, but in future also increasingly about keeping buildings cool during the summer. so canyon and kaijo are both aesthetically cool and climatically cool!