CELIA by AI planetworks is an illuminated, kinetic ceiling at the base of the newly constructed ping an asset tower in shenzhen, china. short for ‘computer enhanced, luminous interactive architecture’, CELIA processes sensor data to generate its intricate motion and lighting patterns in response to human movement and the building’s internal systems.

moreover, the name CELIA is a nod to TERA and MARSHA, the earth and space habitats designed by AI planetworks’ sister company, AI spacefactory. ‘CELIA stems from the latin meaning ‘heavenly’: a digital world, reflected above our own,’ states the team behind the project. 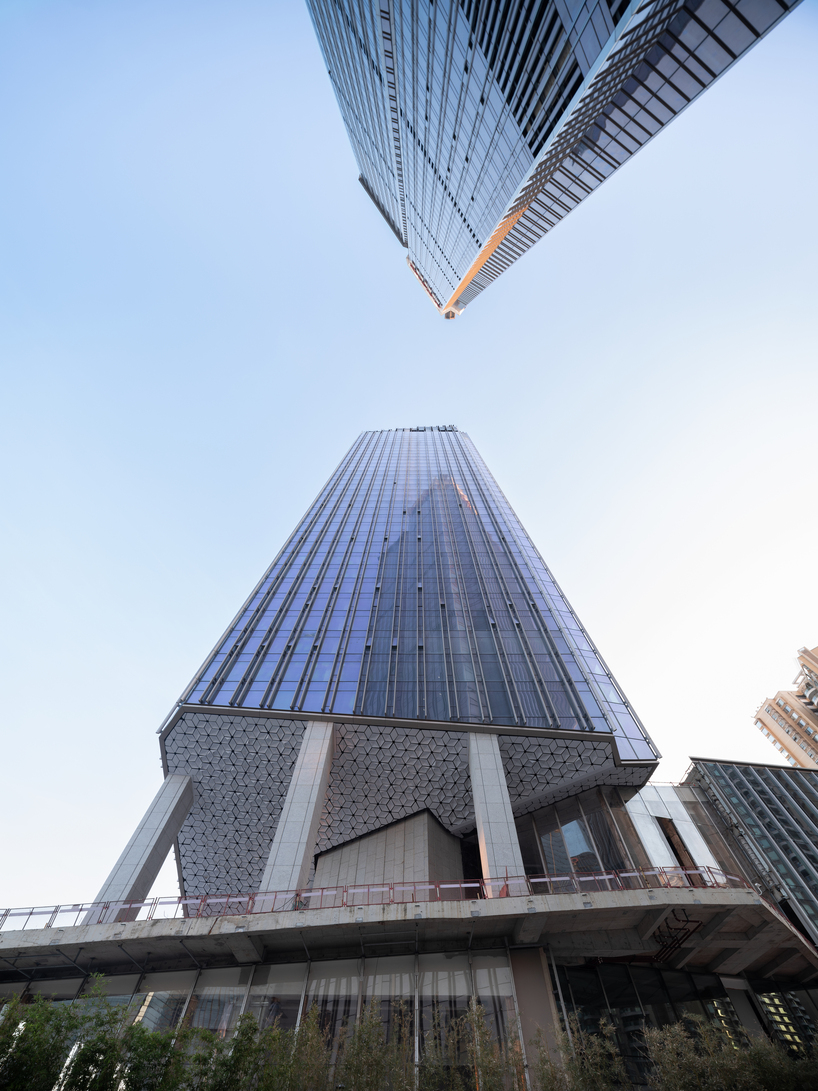 inspired by bioluminescence in nature, the designers at AI planetworks sought to embed CELIA with a primitive brain that could sense and respond to external stimulus – one of the indicators of life. the team felt that, not only could they animate a building by providing it with a central nervous system, they could make it appear as if the architecture is communicating with its surroundings.

‘buildings have skin, skeletal structure, even respiratory and circulation systems – but, lacking a central nervous system, buildings are inanimate. by adding the ability to sense and respond, we can bring buildings and cities to life,’ shares AI planetworks. 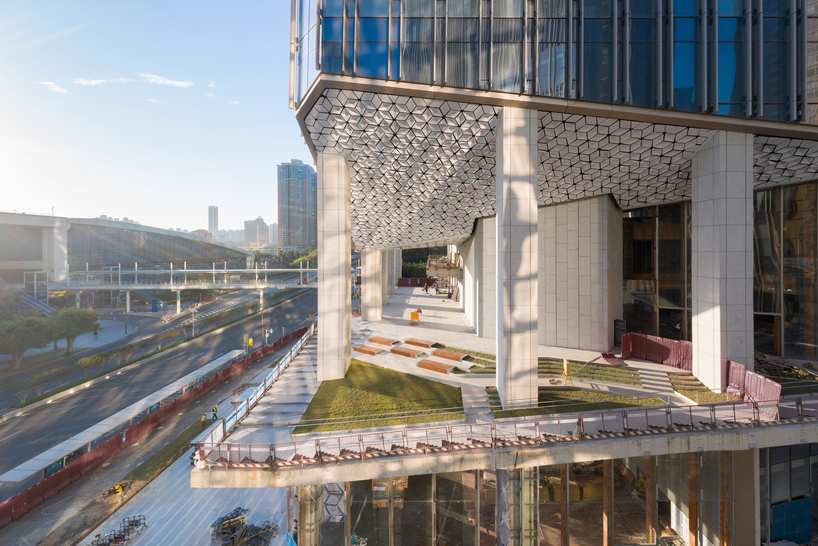 in lifting up the tower, a ‘fifth façade’ is revealed – enhanced by animating the exposed ceiling

revealing an exposed, fifth façade that links to the cityscape

the ping an asset tower provided an opportunity to test the team’s hypothesis on a building of their design. as architects of the new tower for the ping an group, AI planetworks faced a challenge: increasing density on the site while opening up and connecting to one of the world’s busiest urban centers. their solution was to hover the mass of the 208-meter-tall, thirty-seven-floor tower and create underneath it an elevated public plaza that will eventually connect to shenzhen’s pedestrian bridge network.

the proposal resulted in an exposed, outdoor ceiling at the bottom of the uplifted tower – a ‘fifth façade’ absent in nearly all other buildings. the proximity of the ceiling to the elevated plaza initiated a dialogue between the building and pedestrians – which the team believed could be enhanced by animating the exposed surface.

based on the architectural proposal, the designers began prototyping CELIA with simple breadboards, tiny motors, and handmade wooden models synchronized with motion software. they tested these motions via computer animations, to visualize the final outcome. operating in stealth, the team worked with fabricators to produce several iterations over the course of the next two years – an effort supported by the building’s developer, ping an real estate.

the final configuration utilizes 108 moving ‘petals’ and 2,484 LED light fixtures, each individually addressable. the motion control system uses several pre-scripted paths triggered by real-time feedback from indoor and outdoor environmental sensors. currently, two operating modes are planned: a human-actuated mode where infrared sensors detect movement below and trigger an illuminated response, as well as a signal from the building’s mechanical systems to open up the petals and draw fresh air through the underside of the tower.

detail view of the moving petals 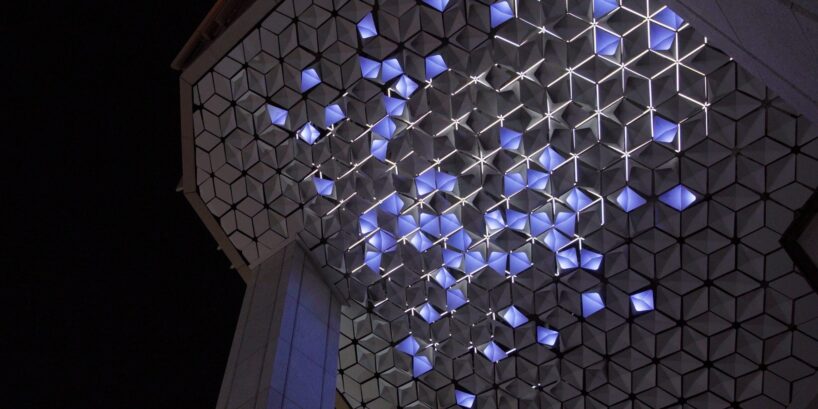 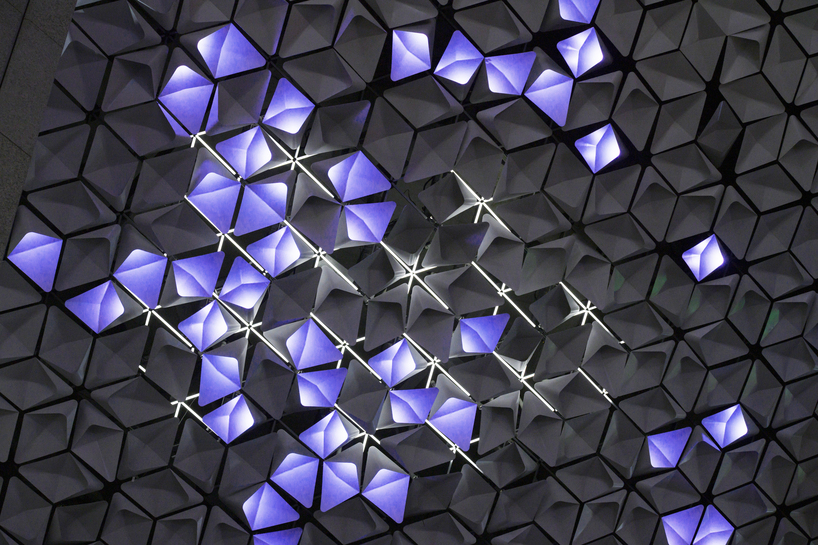 the illuminated ceiling is inspired by bioluminescence in nature