sapporo-based architecture practice akasaka shinichiro atelier has sent us images of ‘SAZAE’s house’, a private residence for a 7-member family in japan. heavily influenced by the generational make-up of the inhabitants, the design seeks to create spatial connectivity within the house by creating a large common area that is intercrossed with two distinct passageways. 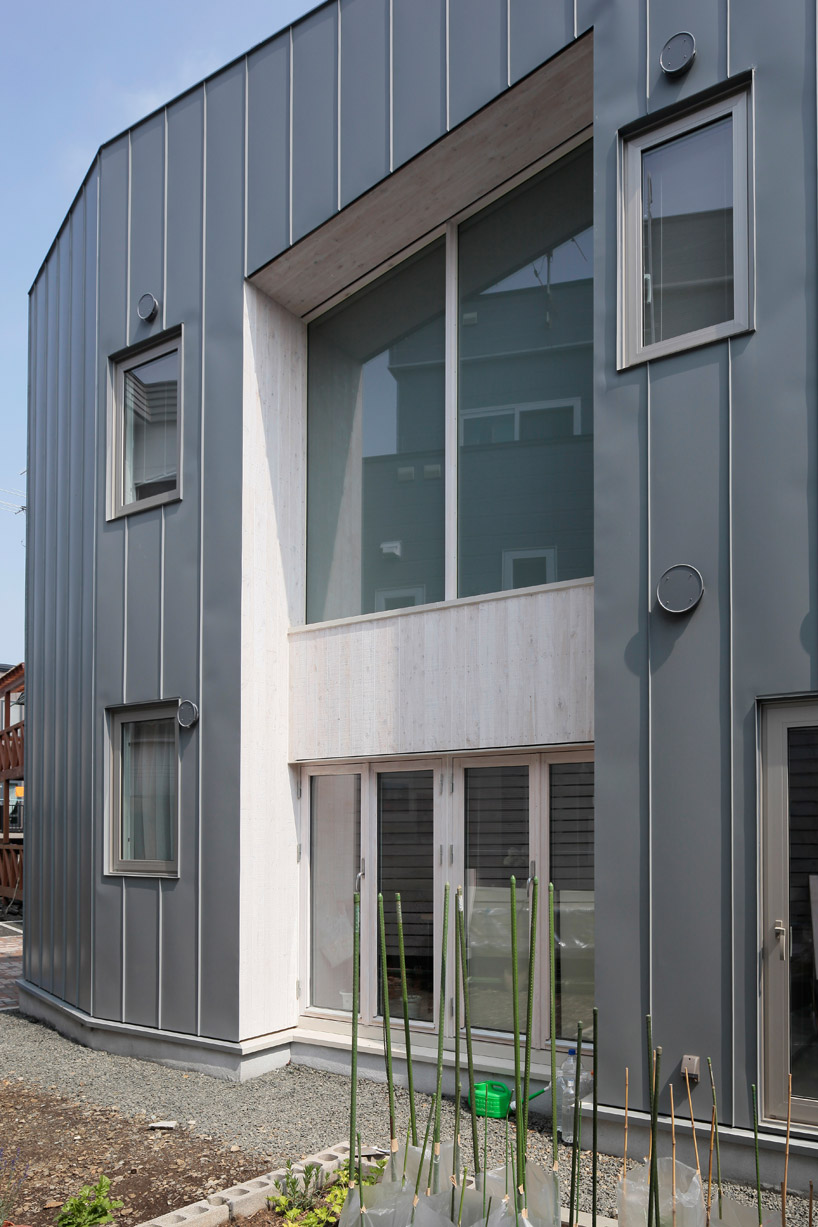 the young clients requested a new house that would easily and cohesively accommodate their young daughter, the husband’s mother and grandmother as well as his brother and sister. working with the unconventional four-generation span of the household, the architects focused on offering a dormitory-like layout that catered to the many different lifestyles and schedules of the residents. the common area was dedicated to a large portion of the layout, generating a neutral space that the family members could share together. fronted with a generous translucent window pane, the open area is a comfortable space for a variety of domestic activities. 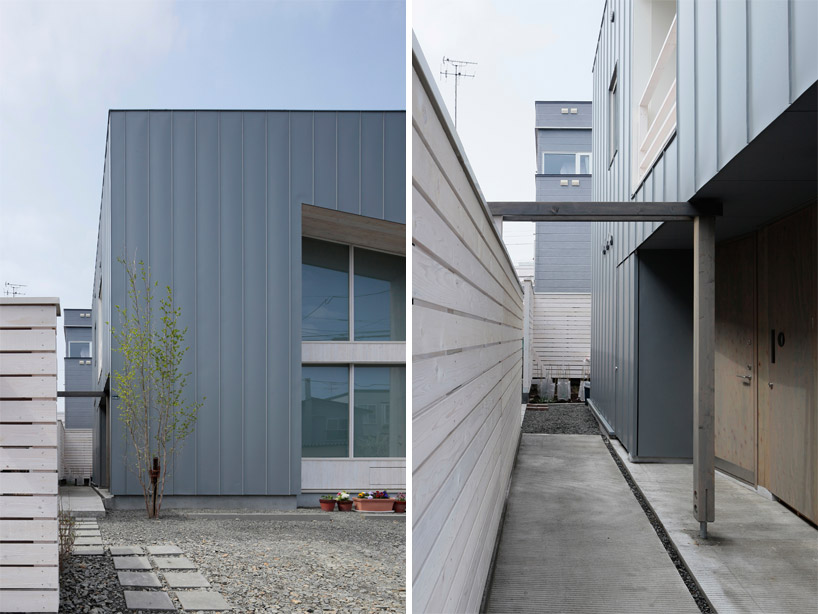 accessed by a central spiral staircase, an elevated passage adds another dimension to the common space. in addition to connecting private rooms together, the linear space generates intimate nooks with abundant natural sunlight while overlooking the level below at the middle of its span. small internal windows visually and audibly connect individual rooms to the common space, further enforcing a sense of correspondence between the large family. 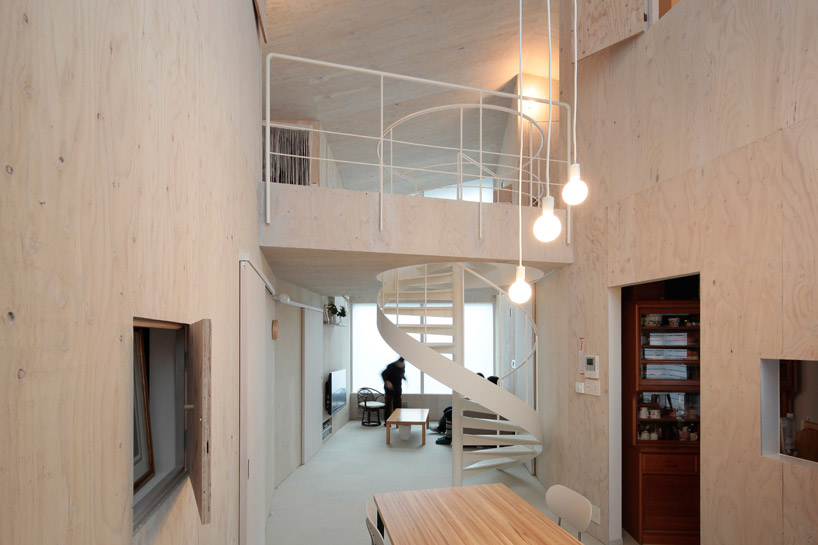 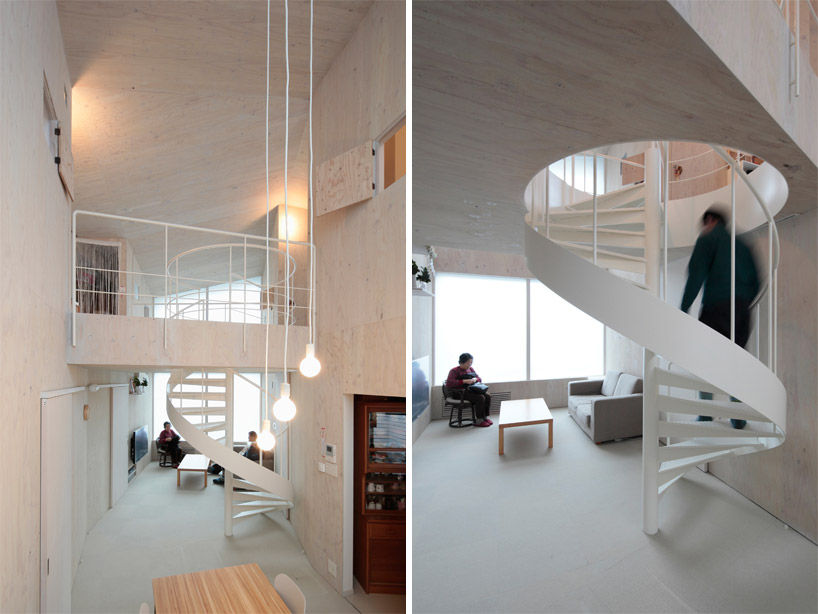 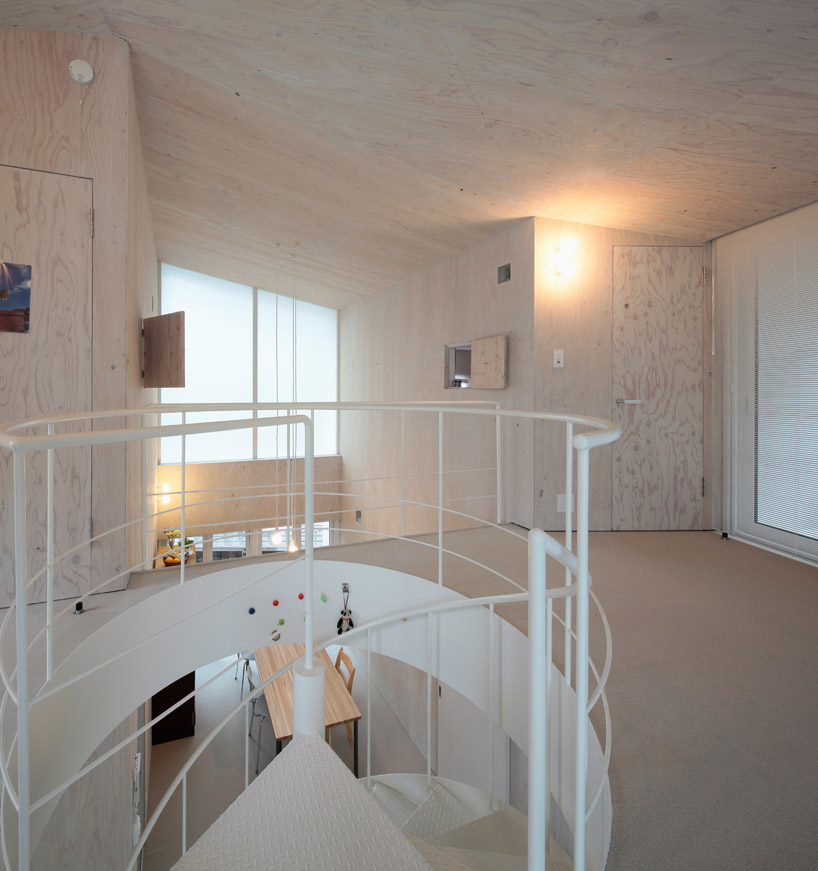 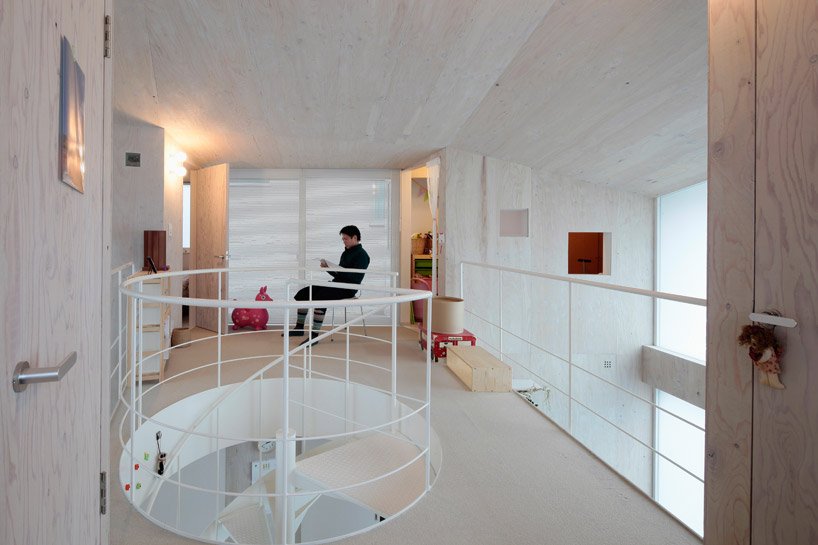 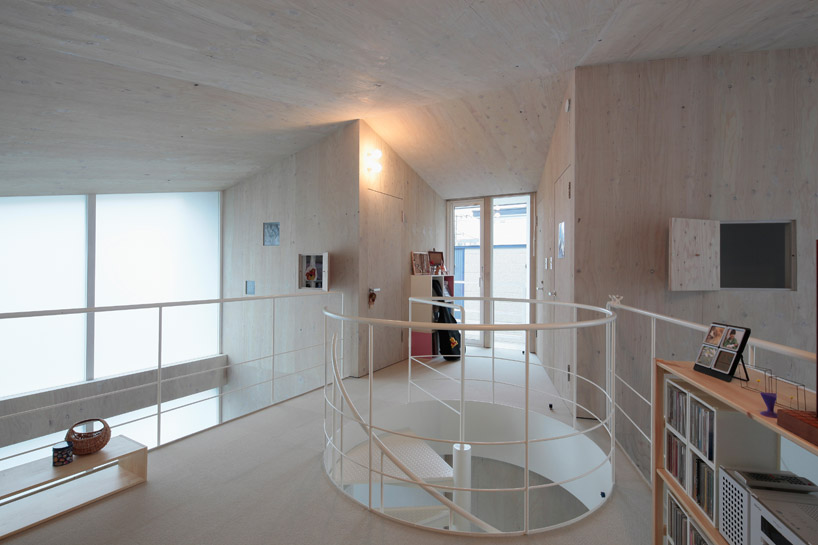 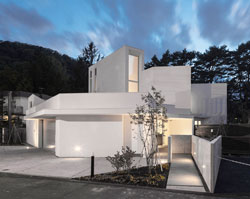 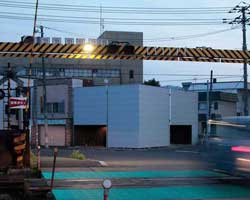 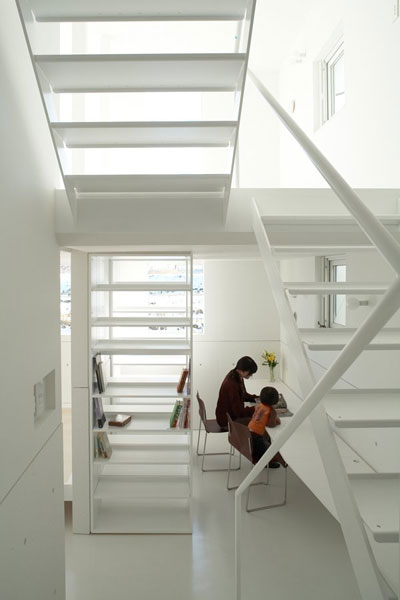