based in kiev, ukraine, the orang + utan vegetarian bar has been completely wrapped in a monochromatic ceramic tiling by locally based firm AKZ architectura and the client yulia savlepova. aiming to instill a new, distinctive and trendy location in the city, the veggie bar takes shape as an ‘urban jungle’ and a space which follows a consistent interior concept.

the grid on the ceilings and walls, form a plain canvas for the sudden pops of color seen in the plants and painted fruit used for decoration. despite the modern interior approach in which the architects choose to embody, the tiling gives hints of the past, where the particular pattern was commonly used in hospitals, pools and shops during the soviet era, thus referencing the past. 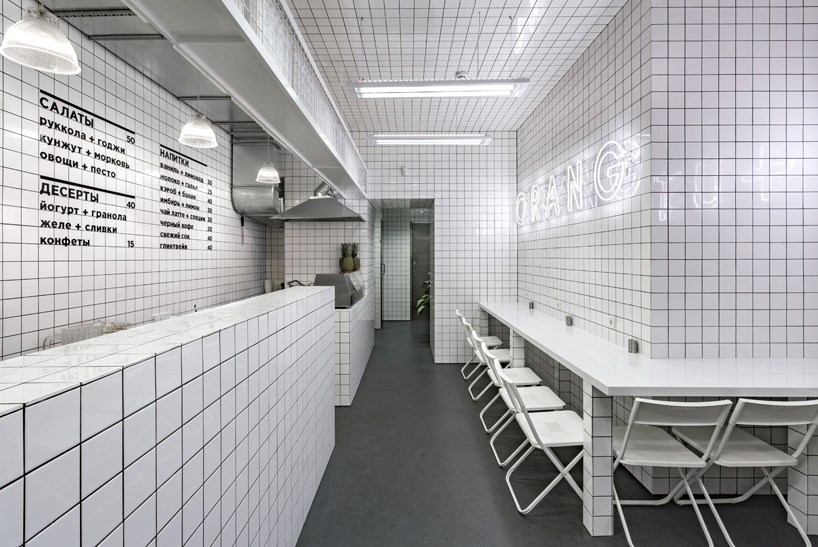 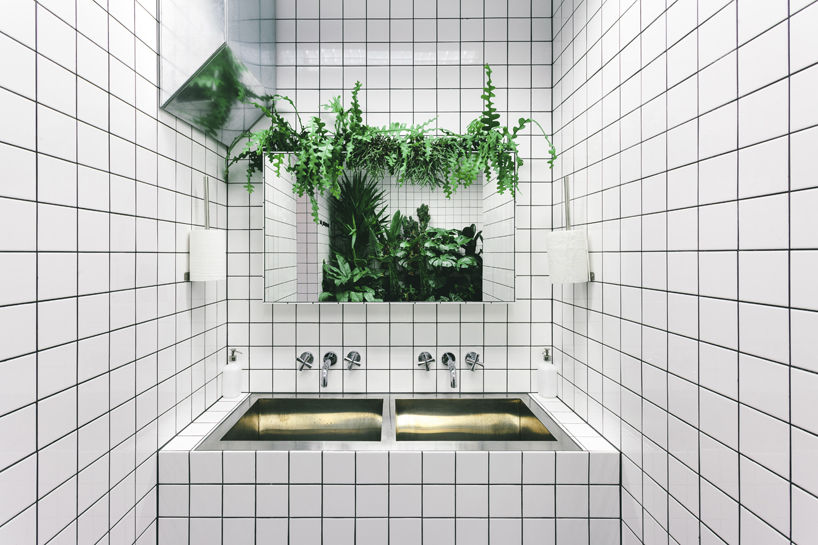 the plants and the grid walls create a vibrant contrast 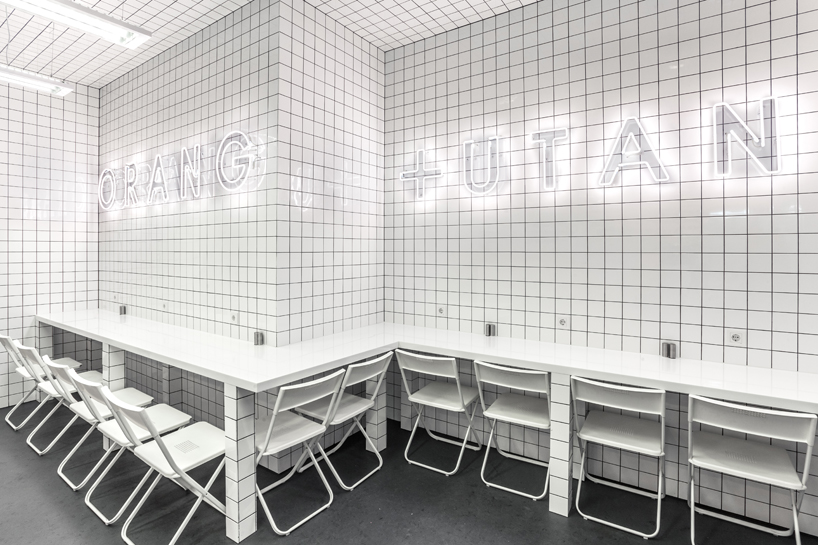 seating has been organized around the perimeter of the store 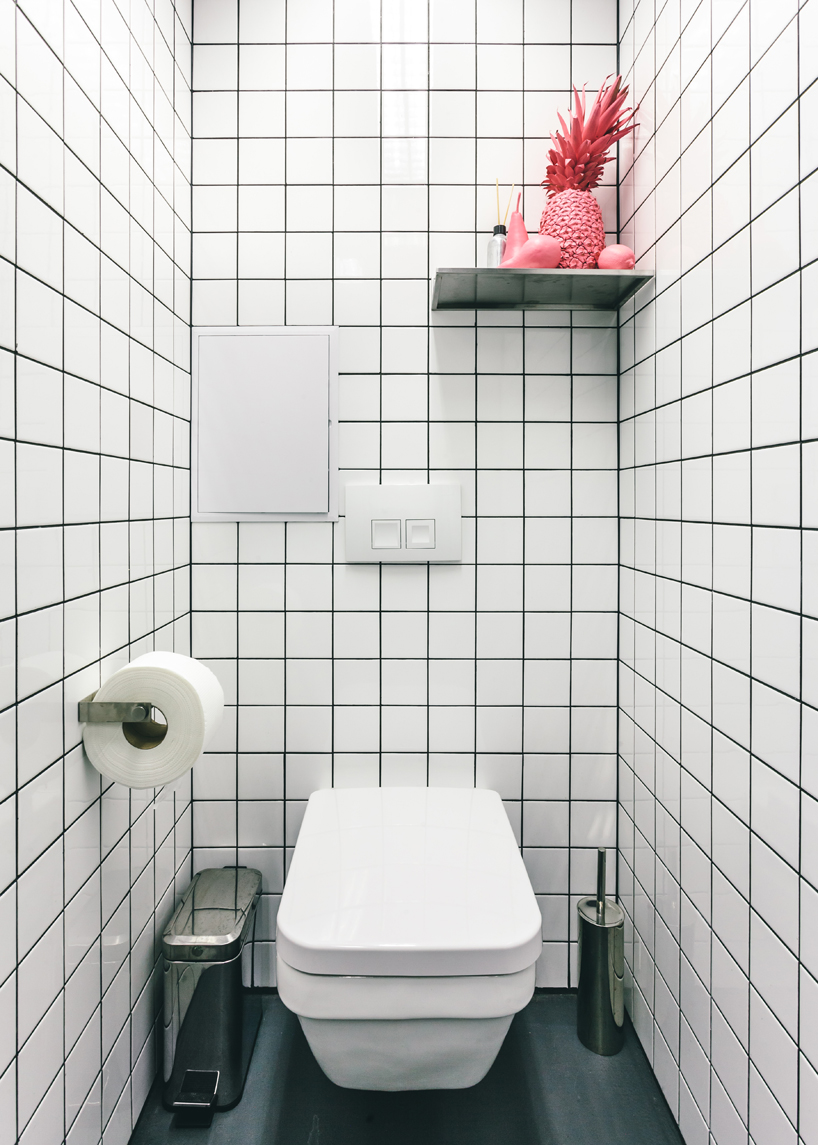 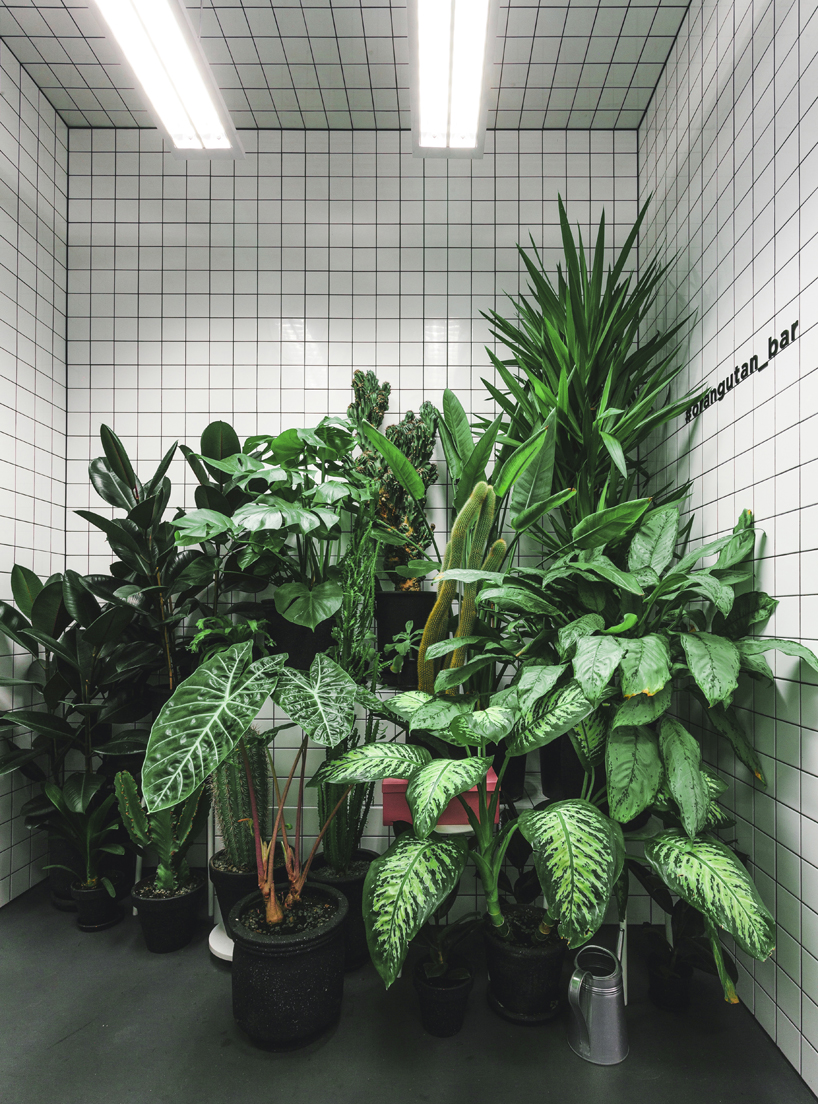 plants and greenery brings color into the space 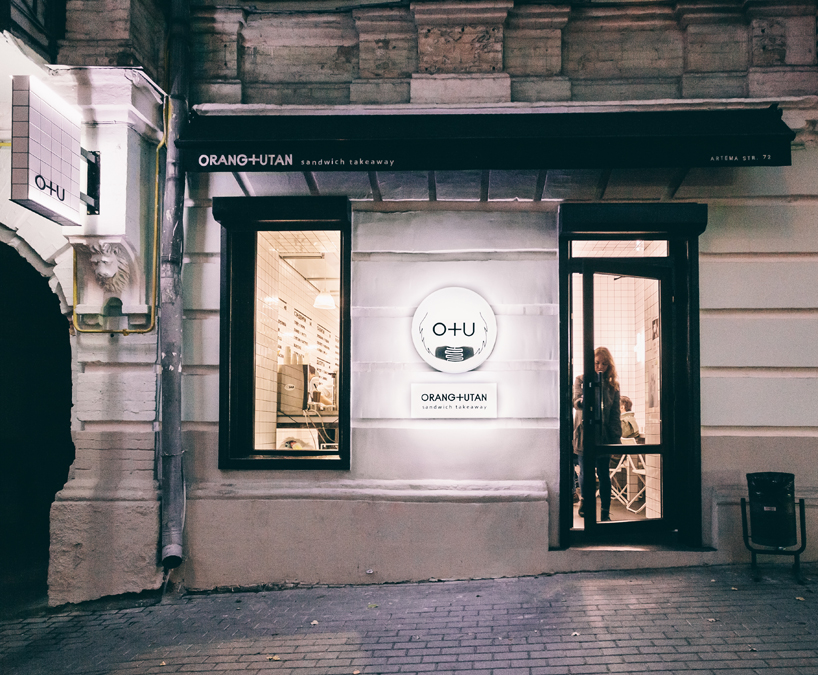 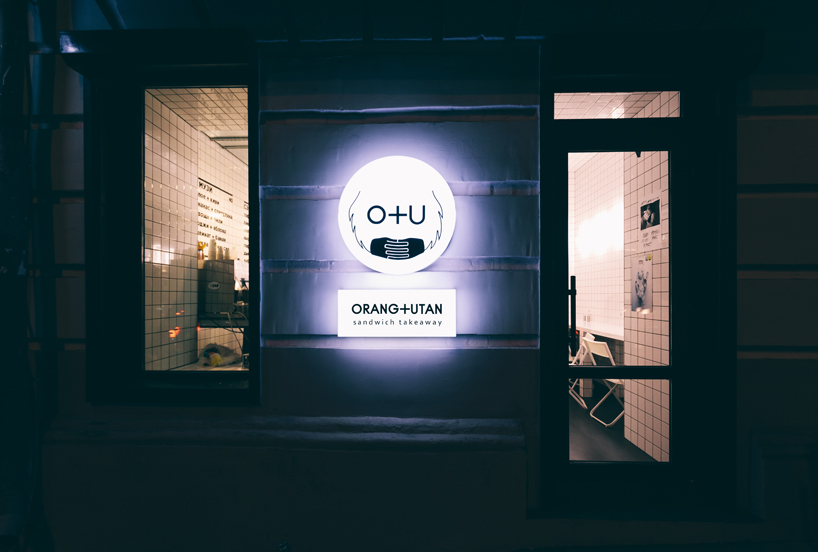 the façade of the eatery in kiev 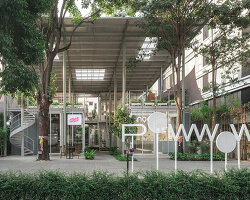 May 06, 2021
frank gehry's philadelphia museum of art renovation is 'a reconstruction to the values of the original architect'
'the building is such an icon of philadelphia, it would be outrageous to think of trying to remodel the exterior of it,' explained gehry during the project's virtual press preview, attended by designboom.
architecture
945 shares
connections: +2870