dubai recently unveiled images of stadiums, designed by german architectural firm AS & P – albert speer & partner, for the bid of qatar for the world cup soccer 2022. if qatar wins the bid there will be three completely new stadiums and two existing stadiums that will be subject to extension.

qatar’s plans to use solar technology to power carbon-neutral technology to cool the stadiums and to make sure the temperature at the games does not rise above 27 degrees celsius.   in order to meet demand post-tournament of qatar stars league most of the stages was designed with a higher form that can be dismantled after the world cup.   the concept of hospitality in qatar is extremely compact and all stages are an hour’s drive from the FIFA world cup 2022 headquarters which will allow fans to attend more than one game per day. a new and efficient metro system, with a total length of 320 km will be built in 2021. all stages will be connected to the highway system in qatar and to provide easy access for spectators, some may also be reached by water taxi. not only the fans will benefit from this ‘compact’, but also teams that could remain in their base camp for the duration of the championship. 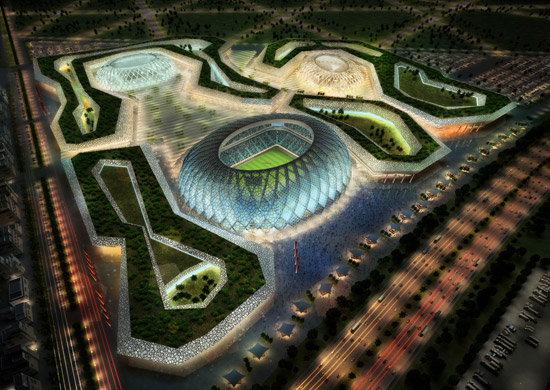 the brand new 45,120 capacity al-wakrah stadium will be located in a sports complex that will consist of an aquatic centre, spa, sports facilities and a mall. the centre will be a bustling centre 365 days a year and is adjacent to the future routing of the doha expressway. 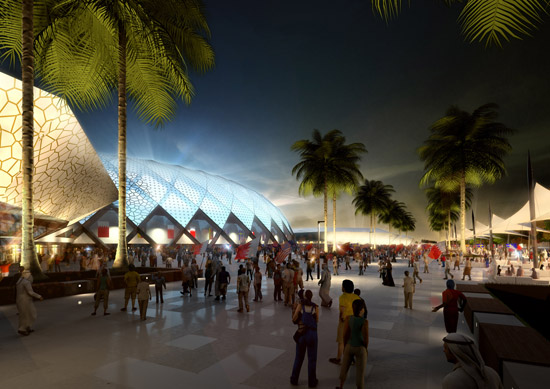 outside the al wakrah stadium 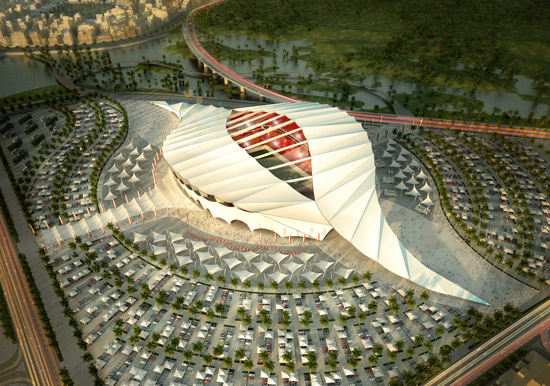 located in the northeast of qatar, designed in the shape of a beautiful asymmetrical shell the al khor stadium will have a capacity of 45,330 seats. some viewers will see the gulf from their seats as the players will benefit from a flexible cover that will ensure the shadow on the pitch. 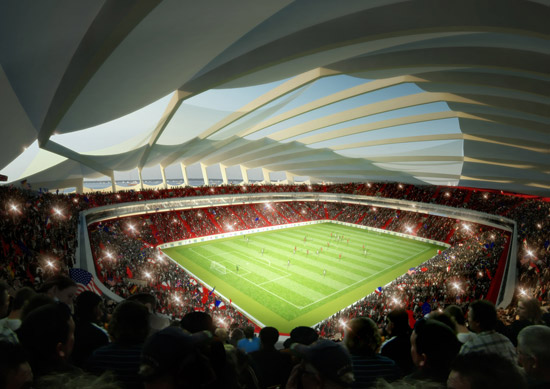 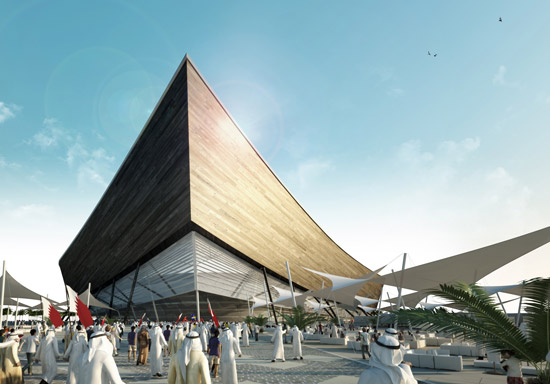 the brand new al-shamal stadium has a capacity of 45,120 with a permanent lower tier of 25,500 seats and a modular upper tier of 19,620 seats. the stadiums shape is derived from the ‘dhow’ fishing boat of the arabian gulf. spectators are expected to arrive from the doha expressway, water taxis, the bahrain-qatar friendship bridge and the new metrorail. 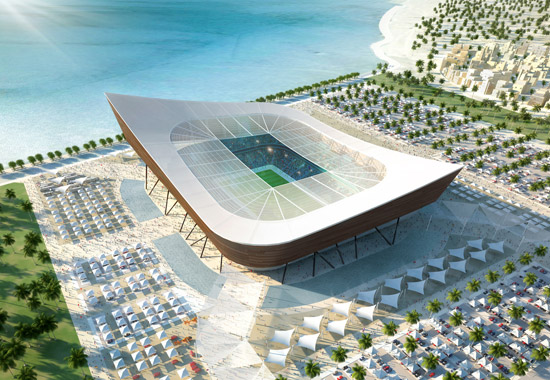 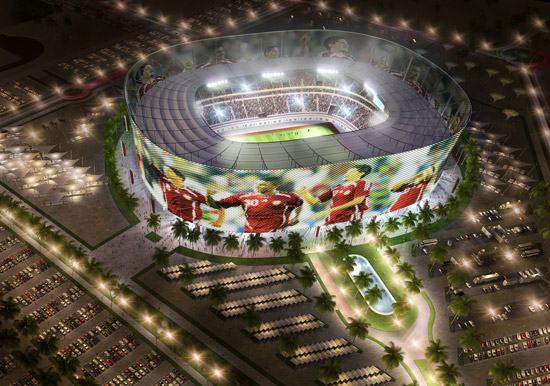 the existing al-rayyan stadium with a seating capacity of 21,282 will be expanded to 44,740 seats using modular elements to form an upper tier. the stadium is designed with a special ‘media facade’ membrane that acts as a screen for projecting news, updates and current matches. the stadium will be downsized to its current capacity after the tournament. 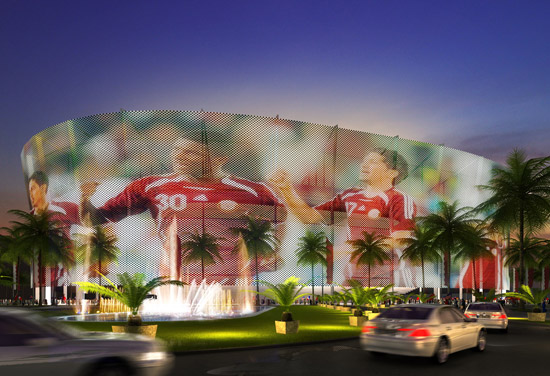 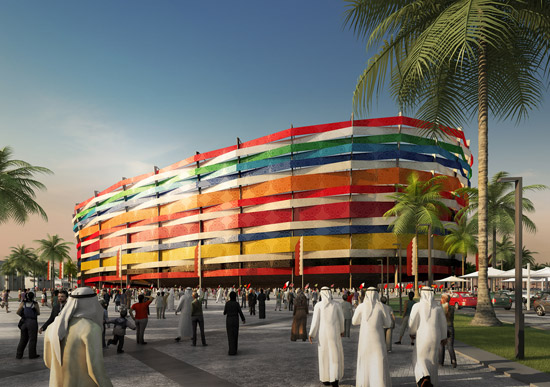 the existing 21,175 capacity al-gharafa stadium will be expanded to 44,740 seats using modular elements forming an upper tier. the facade will be made up of ribbons representing the nations that qualify for the 2022 FIFA World Cup and will symbolize football and the mutual friendship, tolerance and respect that the tournament represents. the stadium will be downscaled to its existing capacity after the tournament ends. 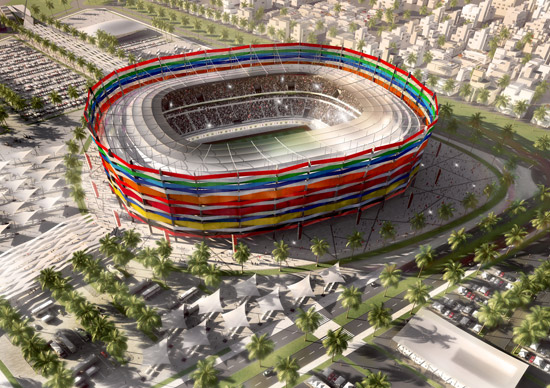 hassan abdulla al thawadi, chief executive of the qatar 2022 bid, said the new stadiums would be linked with a new metro system and integrated into the bus network.   in the history of the FIFA world cup has never been staged in a middle eastern country. the final decision will be announced on 2 december 2010, when fifa president joseph s. blatter, who will announce the host nations in 2018 and 2022, as decided by the 24 members of the FIFA executive committee.