as part of the ‘future food district project’, developed by carlo ratti associati at expo milano 2015, the façades and canopy proposed for the pavilion utilize new systems of micro-algae, designed by cesare griffa and ecoLogicStudio. the two prototypes are full scale models and are on display at interni’s gala, ‘feeding new ideas for the city’ in the courtyard of università degli studi di milano from april 7-18th. the concept constitutes a revolution in building technology and  integrates both farming and urban agriculture.

‘the functioning principle of the prototypes is based on the exceptional properties of micro-algae organisms, which are ten times more efficient photosynthetic machines compared to large trees and grasses…the façade and canopy currently being developed for expo milano 2015 develop a natural man-made ecology and explore the use of algae as an integrated architectural cladding and urban agriculture system,’ explains carlo ratti, curator of the future food district. 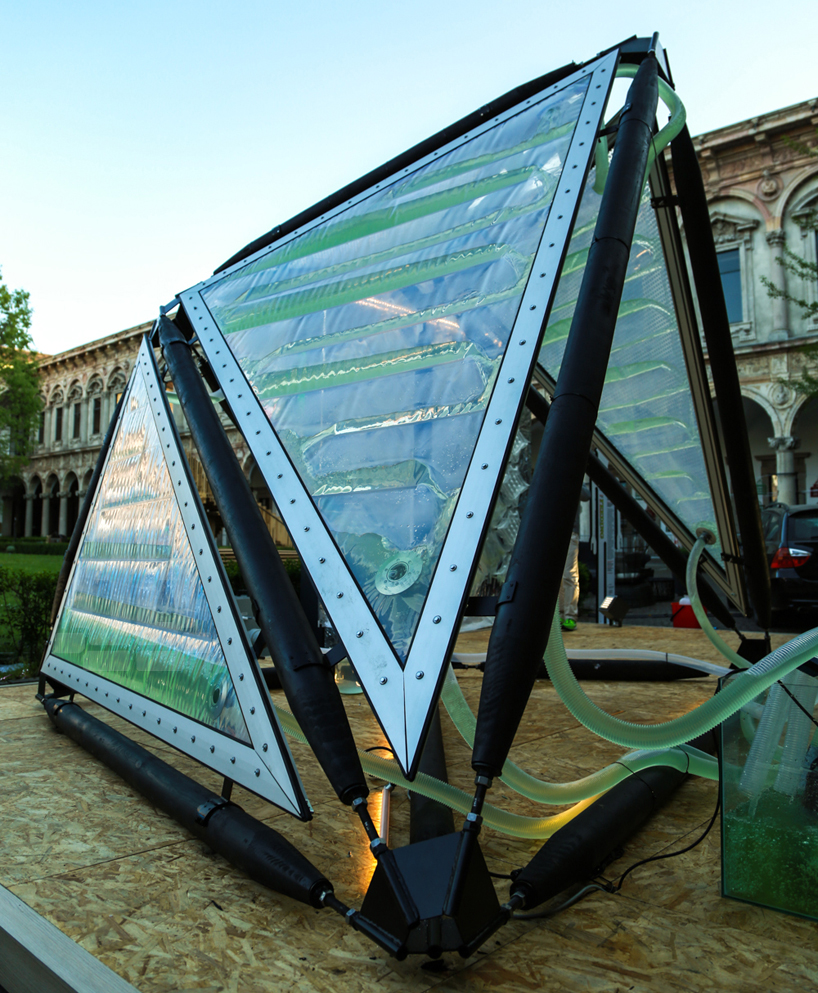 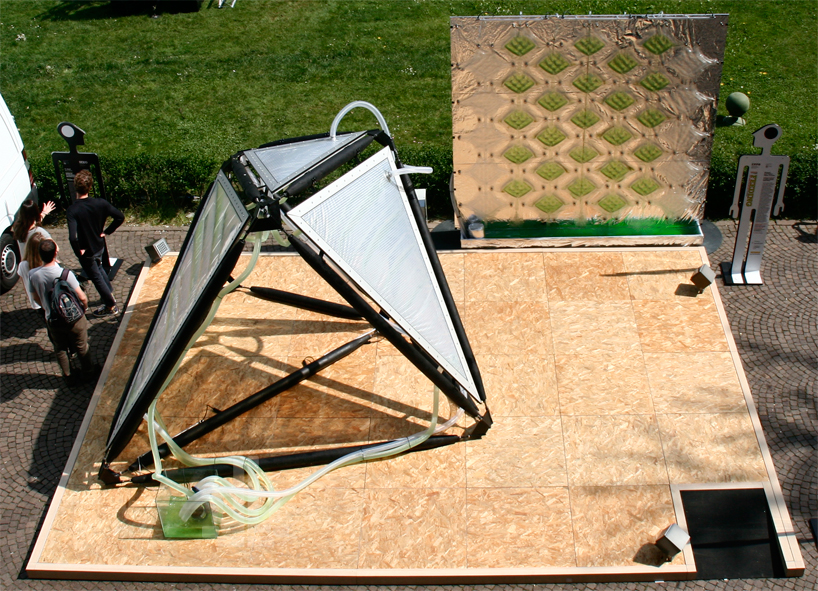 image from above
image © designboom 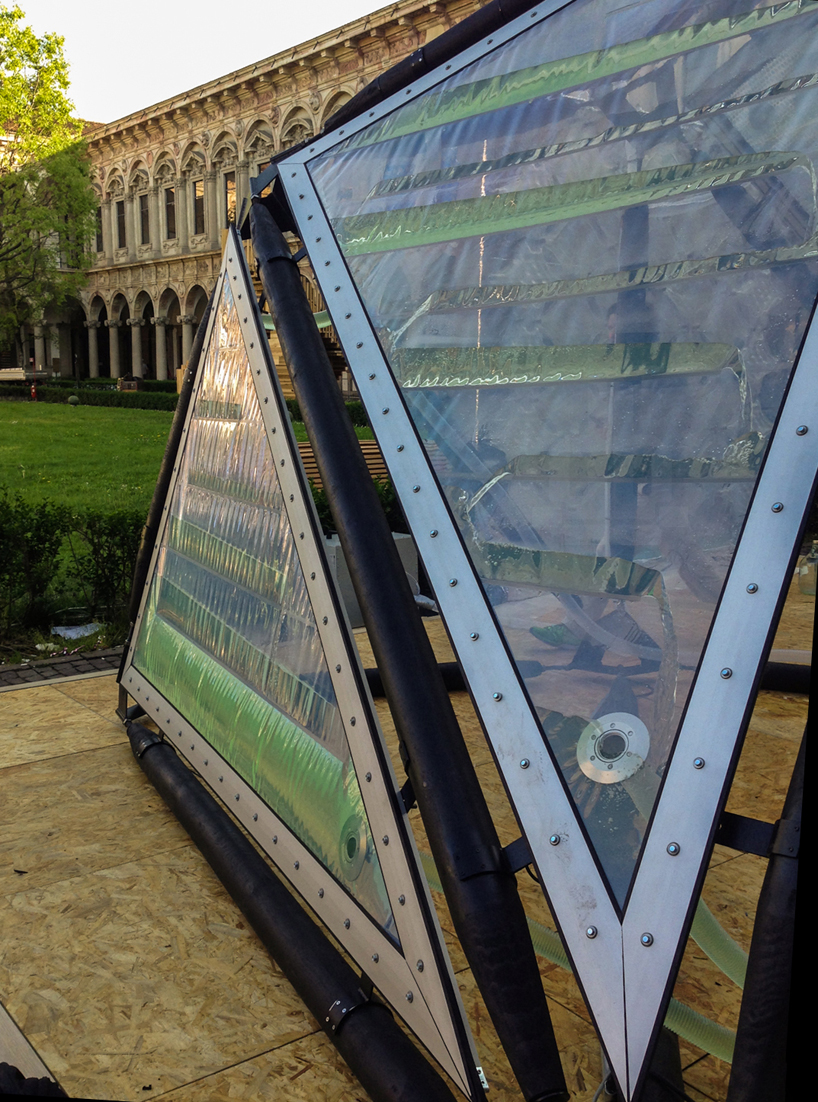 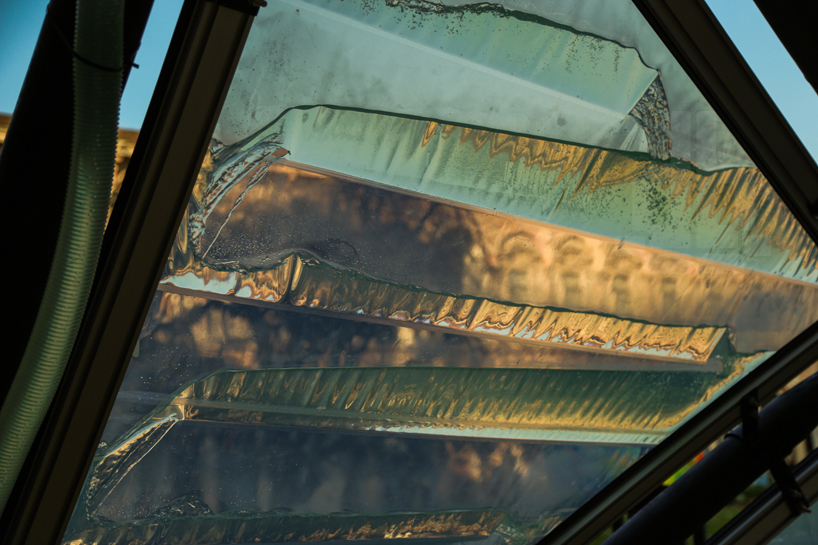 inside the installation
image courtesy of carlo ratti associati

micro-algae performs an important photosynthetic activity, absorbing considerable amounts of carbon dioxide and producing oxygen. it also can be transformed into a biomass, which can be processed for energy, cosmetic, and pharmaceutical uses. cesare griffa further states, ‘micro-algae open up an incredible potential for new renewable energy resources, and hope for a greener future. building and architectural surfaces are an incredible resource of space. urban façades and roofs represent billions of square metres that instead of being made of an inanimate material such as concrete, could become clever photosynthetic surfaces that respond to the current state of climate warming. micro-algae could add to the green urban system that exists already, intensifying carbon dioxide fixation activity and acting as cladding for buildings, increasing their passive performance.’ 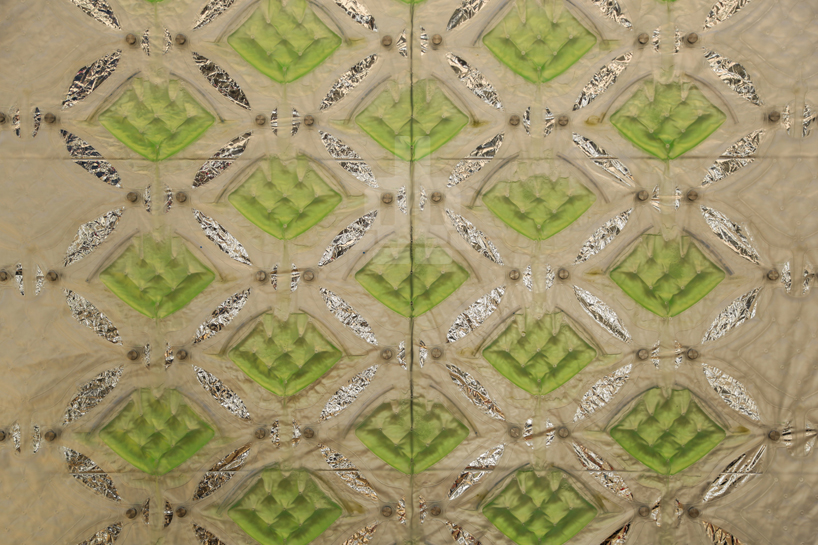 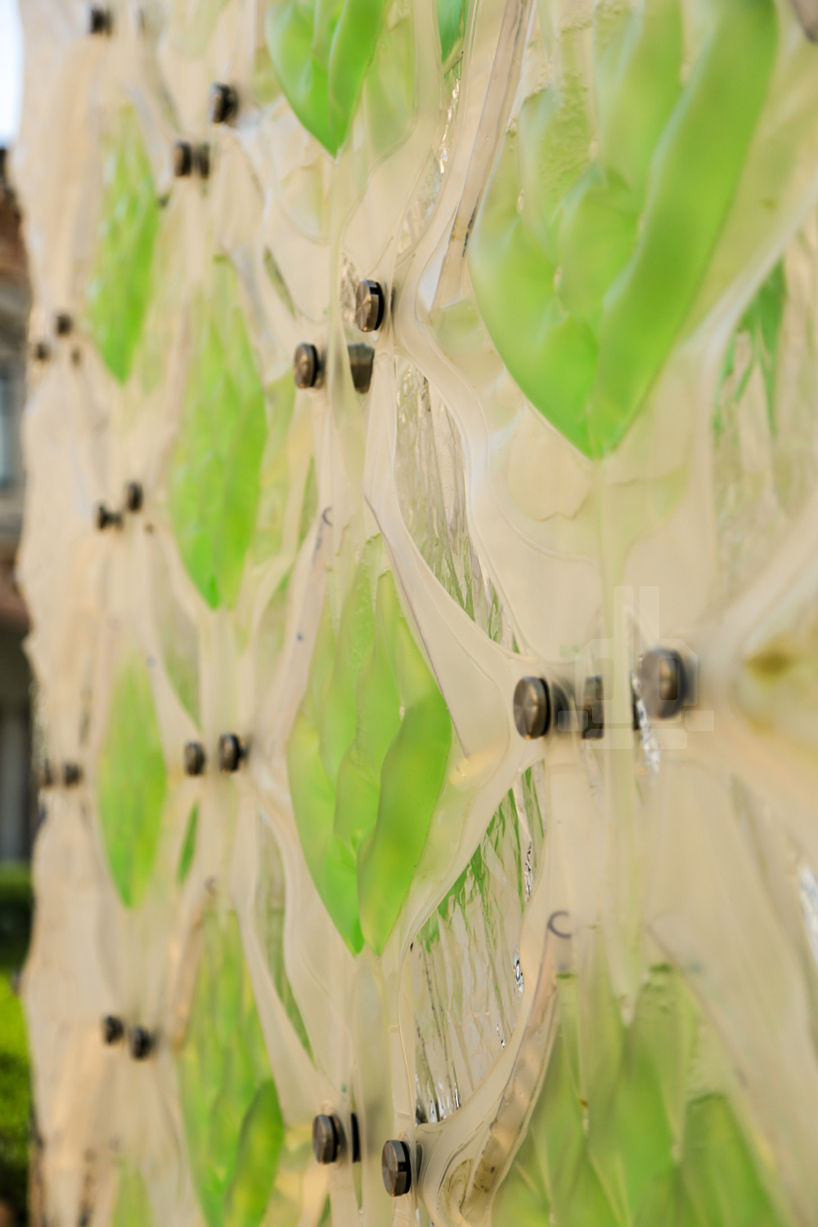 ‘it is now time to overcome the segregation between technology and nature typical of the mechanical age, to embrace a systemic understanding of architecture,’ concludes claudia pasquero of ecoLogicStudio. ‘in this prototype the boundaries between the material, spatial and technological dimensions have been carefully articulated to achieve efficiency, resilience and beauty.’ 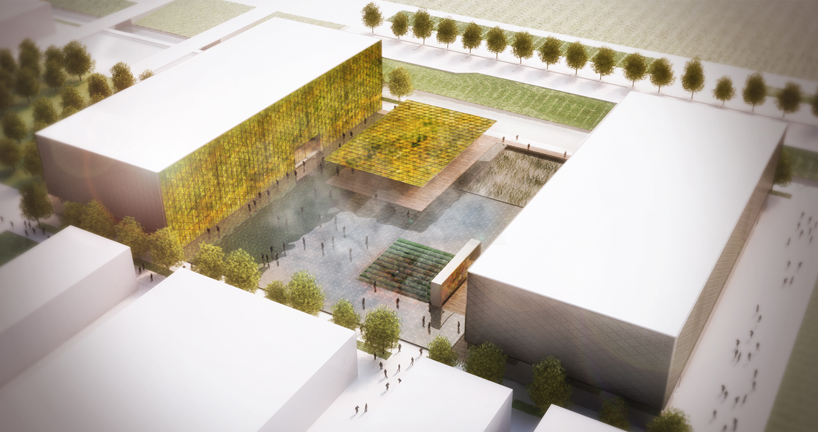 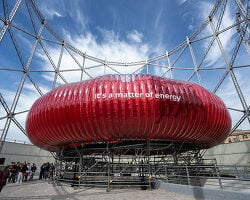 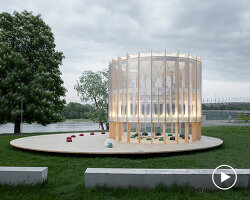 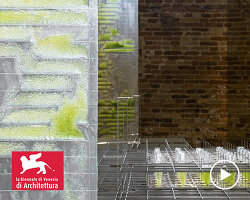 Jun 11, 2021
Bit.Bio.Bot wants you to farm algae at home as protein source and to purify air 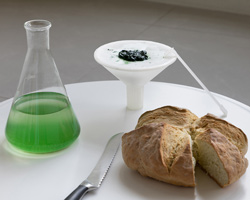 Jun 08, 2020
BioBombola by ecoLogicStudio lets you grow an algae garden in your own home 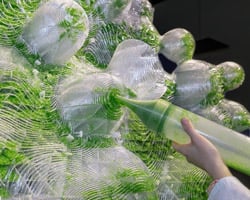