the existing botanical garden in almaty, kazakhstan already has trees, paths, buildings, facilities, and so on, meaning that any intervention should be sensitive to the existing elements, especially with living beings. this idea has been the main pivot and the backbone of the OAB’s new proposal. another important issue is that this is not just a garden — it is a group of forests within the city. a long pathway with tall and impressive trees offering a unique experience: where pleasure, beauty and scientific knowledge is bound together. it has become an important green area for the city and its citizens, becoming a place where one can keep in touch with nature. however, the current poor aspect hides its real potential and beauty. it is necessary to recover the existing areas and to build new facilities in order to create the new ‘almaty botanical garden’, a place both for vegetation and people. 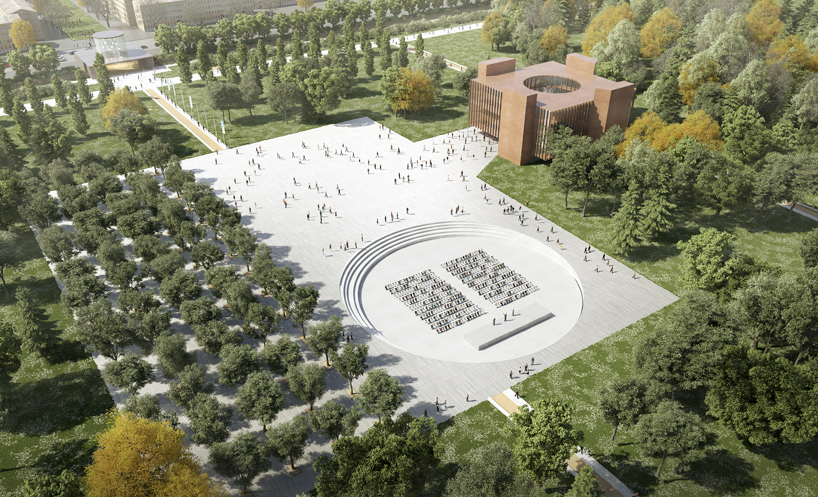 a park is a natural or artificial outdoor area for human enjoyment, usually managed by a public institution. spaces such as barcelonan based OAB‘s ‘almaty botanical garden’ are dedicated mainly to leisure and health. this type of project is usually integrated to the urban structure of a city, playing an important role in its green areas system. for this reason, its access is usually open. a botanical garden is an outdoor space for collection, cultivation, display and enjoyment of a wide range of species including trees, plants and flowers. 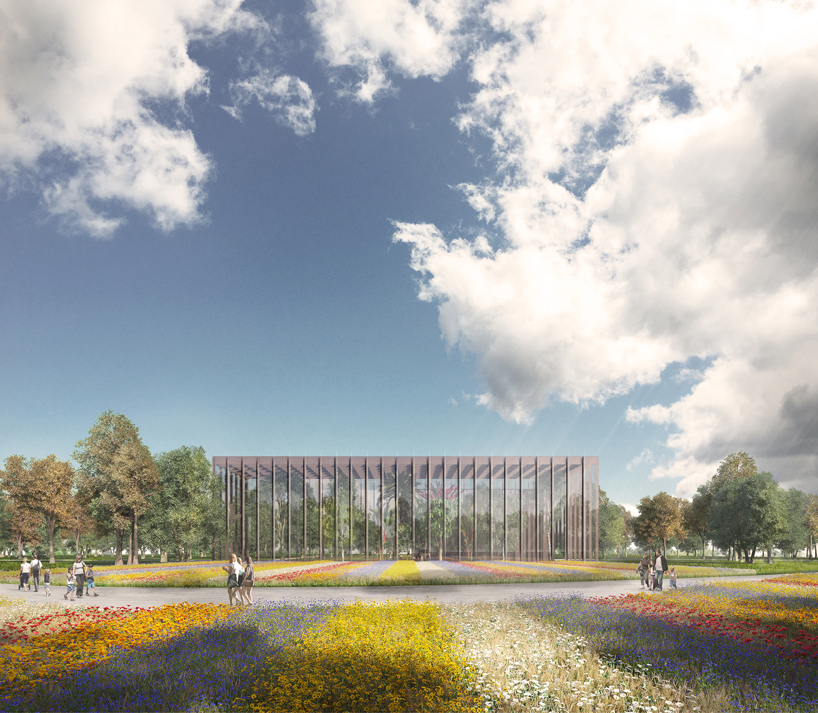 the flower fields and alpinarium

leisure, health, education and research share a common space in a botanical garden, which is often run by a university, a research organization or a foundation. due to it being an area dedicated to conservation of appreciated vegetable species, its access is limited. the current potential of the ‘almaty botanical garden’ is amazing for the long life of some of its species. it is imperative to preserve the legacy that already exists from the past. it is a diamond that only needs to be finally cut, since most of the important values are already there. 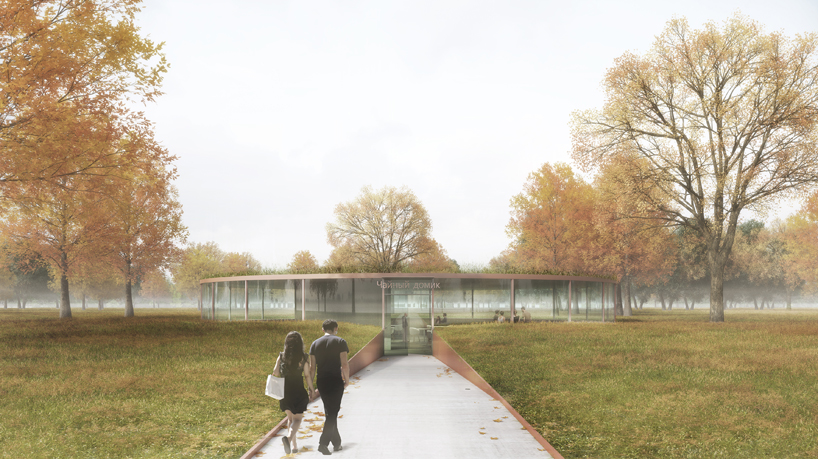 in the past, almaty was one of the cities located along the silk road — a commercial route that linked two different worlds: the west and the east, asia and europe. nowadays, we can imagine the route as a long trip across different cultures and landscapes. the newly proposed garden by OAB could be understood as a metaphor of the silk road or as a piece of land, which represents europe and asia. here in the garden it will be possible to find a network of paths that reminds the roads of the original route, and it is possible to visit all these types of forest that a merchant could find during the journey. offering the visitor the possibility of having a similar experience. 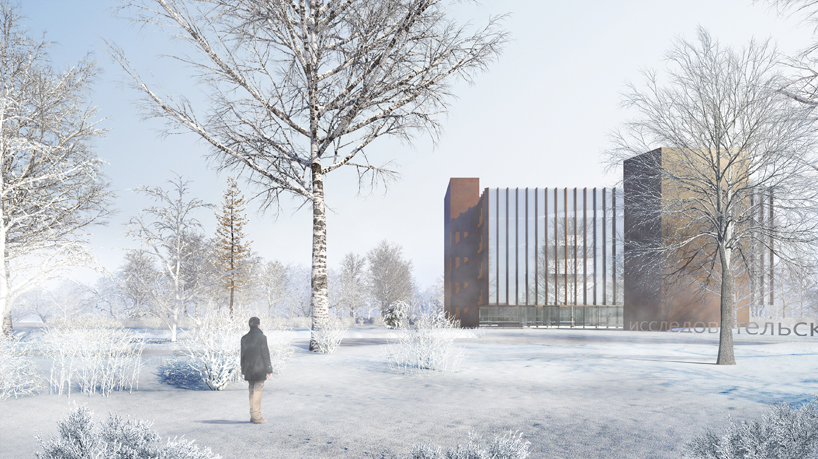 the new garden brings the opportunity to connect two important urban axis: the timiryazev street, located on the north part of the plot, and the al-farabi avenue, located on the south and expecting a renewed look as a boulevard. to do so, it is necessary to open a new entrance on the south. then, taking into account the existing paths of the garden, it is possible to draw a line that will connect the old timiryazev entrance — now recovered — and the new al-farabi entrance. we have given this path the name of ‘linking line’. the linking line has become a very important element to organize the proposal. as ancient cities along the original route, the visitor can find along this line all the new buildings that transform the garden into a new point of attraction. 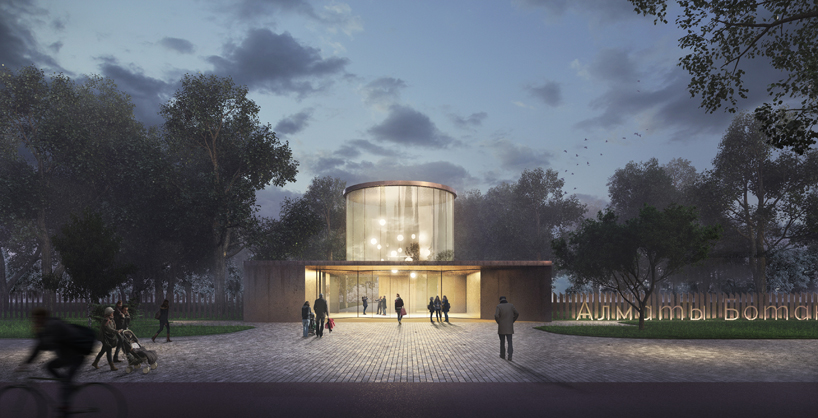 the current almaty botanical garden needs to be improved in order to become a new point of reference. almaty citizens will see the new botanical garden as a recovered area, much more opened and friendly than before, where it will be possible to practice new activities. at the same time, the new facilities such as the new research center, the conservatory and the climatron will turn the almaty botanical garden into an international place of reference for botanists and researchers but also for tourists and most importantly for locals. the urban outline of the proposed garden includes a new connection of two of the most important streets of the city. all of this, keeping and recovering existing trees and plants — the garden’s most important asset. in short, the aim of this architectonic proposal is to transform the almaty botanical garden into a better place for the people, the living beings and the city. 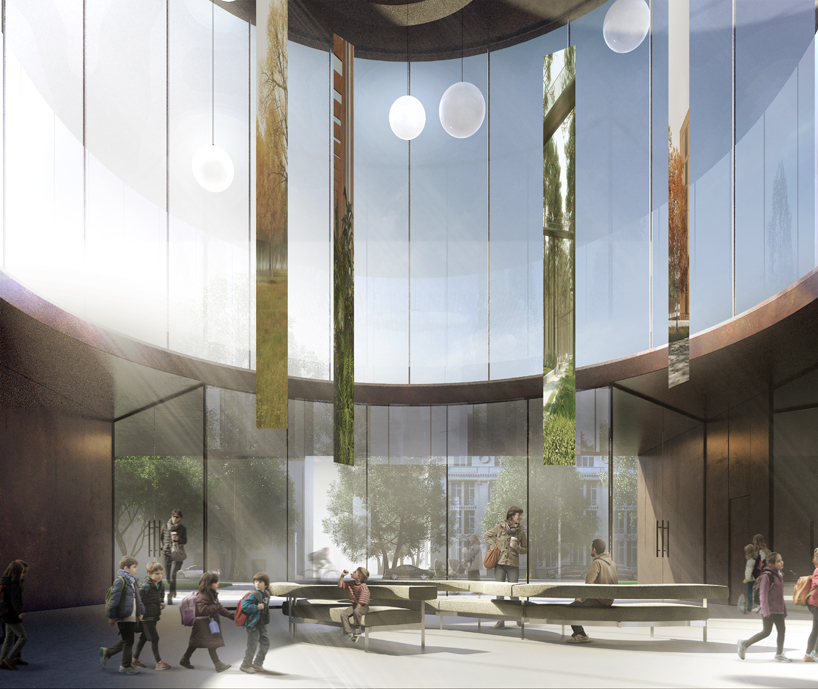 by representing the sun at its state attributes, kazakhstan reaffirms its commitment to universal values, which also indicates that the new young country is full of life-affirming energy and is open to all countries for cooperation. these universal values — openness, cooperation, youth, energy — represented by the state flag, have been taken into account for the proposal. in addition, the scheme works with an abstraction of some geometry of the flag, as the central circle that is representing the sun or the black geometric patterns allocated on the left side. on the other side, since the renaissance the square and the circle have always represented mankind’s understanding of abstraction in nature. as well as represented by leonardo da vinci, purity of forms are the ones that transmit the universal values of human intellect. the proposed scheme is a dialog between these two pure forms: the square and the circle. 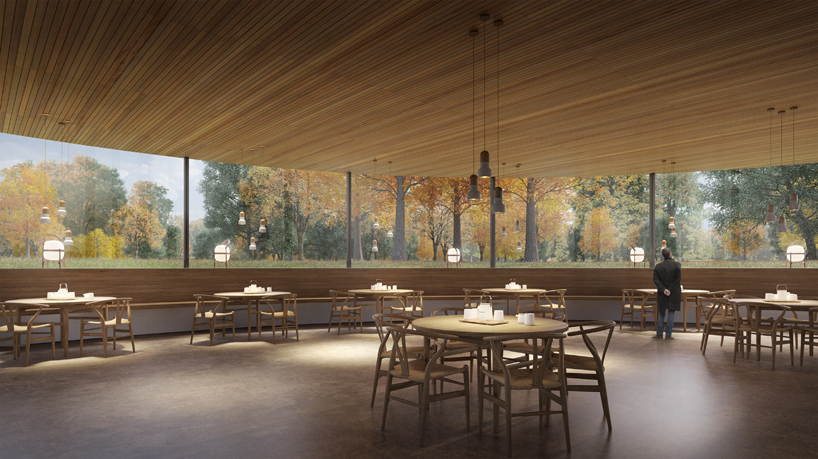 interior view of the proposed teahouse

from a design perspective, all the new buildings necessary to turn the area into a garden of the 21st century, have been thought as a part of a ‘family’. drawing from the proposal for the new almaty museum of contemporary art, all the new buildings have been proposed taking some of the same elements, sometimes related in its materiality, in its spatial quality, or in its composition. 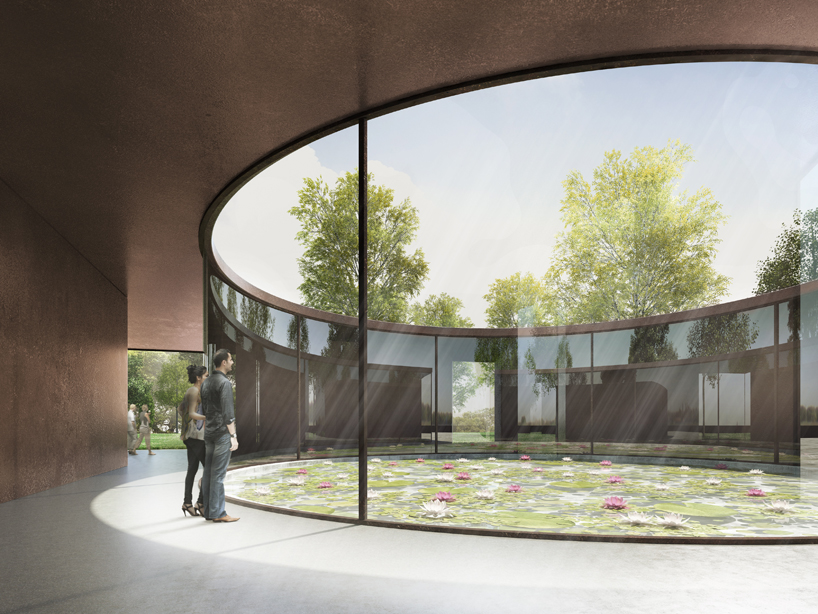 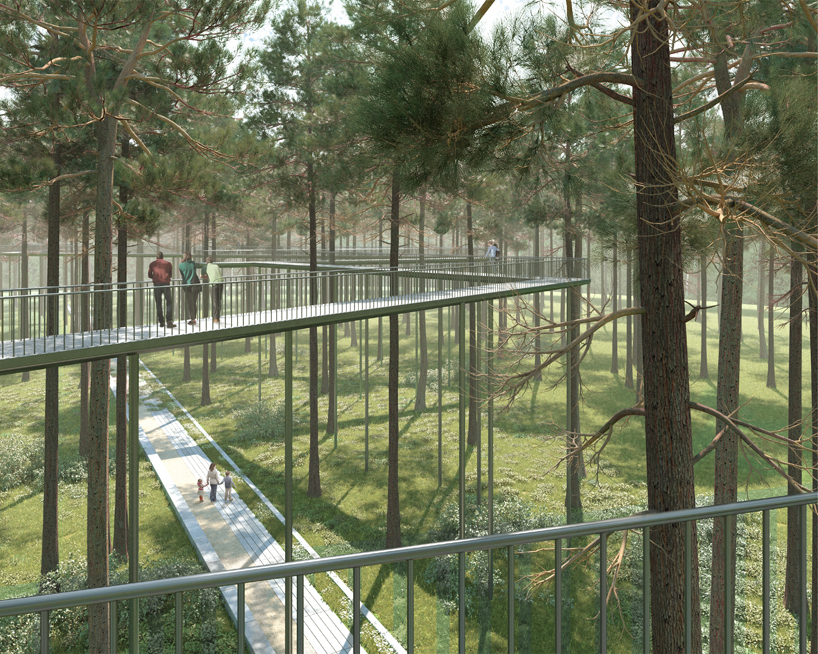 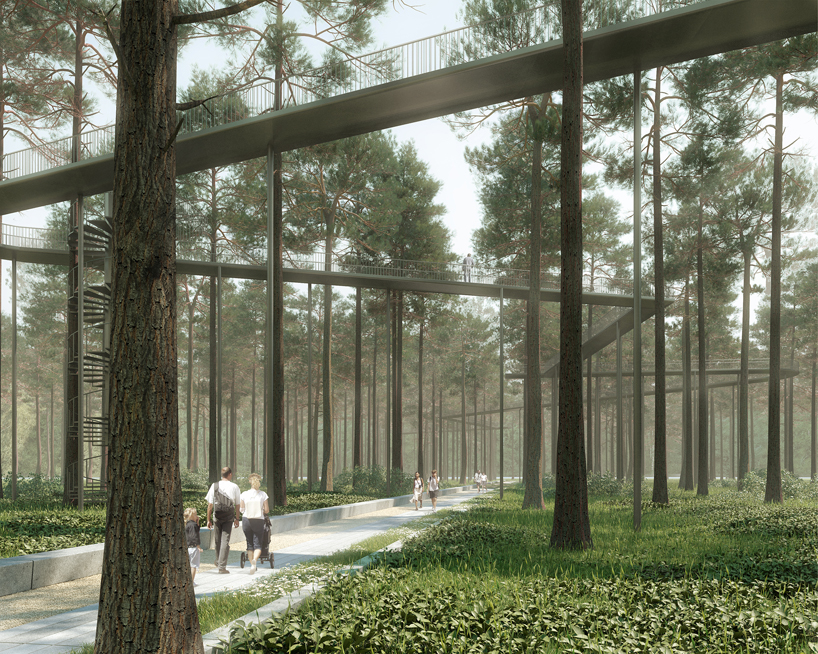 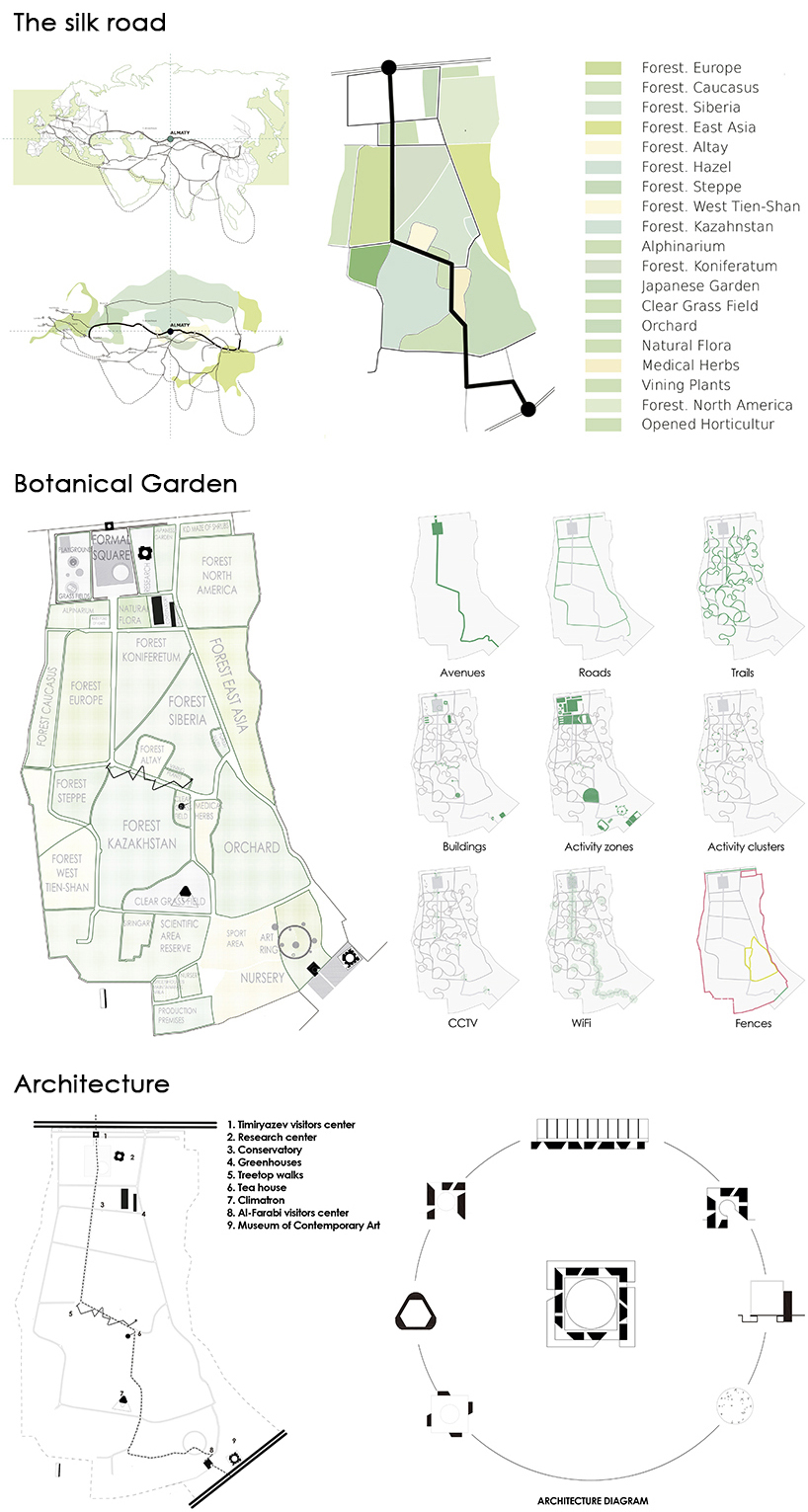 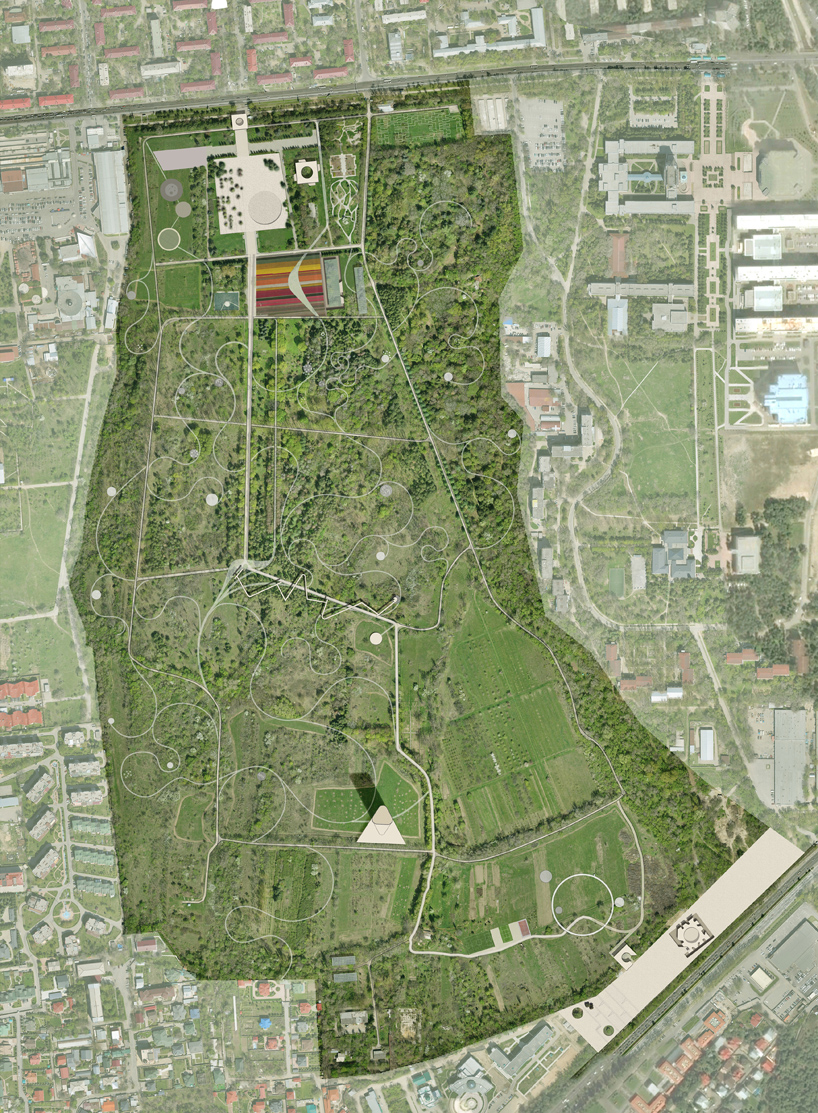 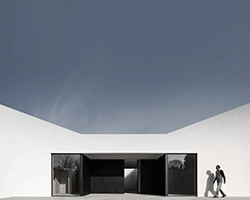 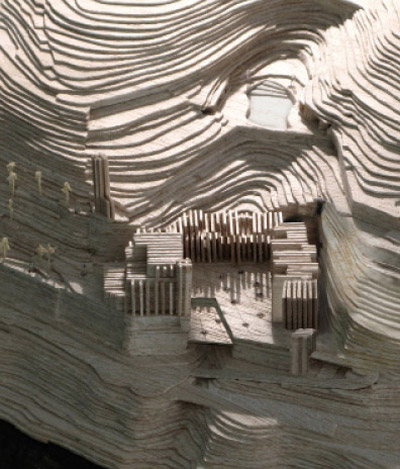 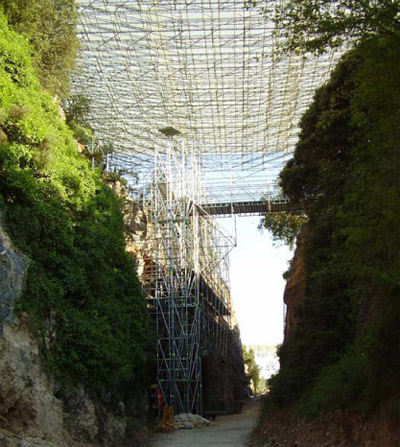