differentiated by their contrasting programs and character, ALTS design office has recently completed the ‘maibara house’ in shiga, japan. visualized as two individual volumes, the client primarily needed two spaces: one for privacy and the other solely as an inviting communal area. 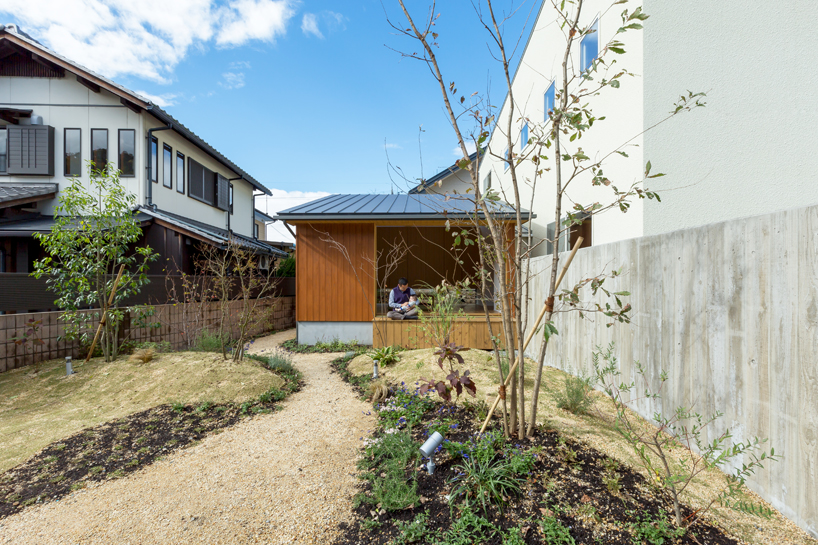 from the outside, the home visualizes as two, separate structures

standing as a monolithic, white volume with no windows on the front façade, the two-storey building holds the family’s private quarters. small, square windows have instead, been organized on the side walls to allow light in but primarily, the exterior doesn’t give away what is happening inside. meanwhile, juxtaposing against the stark white volume, is a smaller, shed-like building and exemplified with a traditional japanese aesthetic. evoking a more welcoming tone, the large sliding doors open up the simple room wrapped in wood- accentuating the welcoming space filled with natural light. 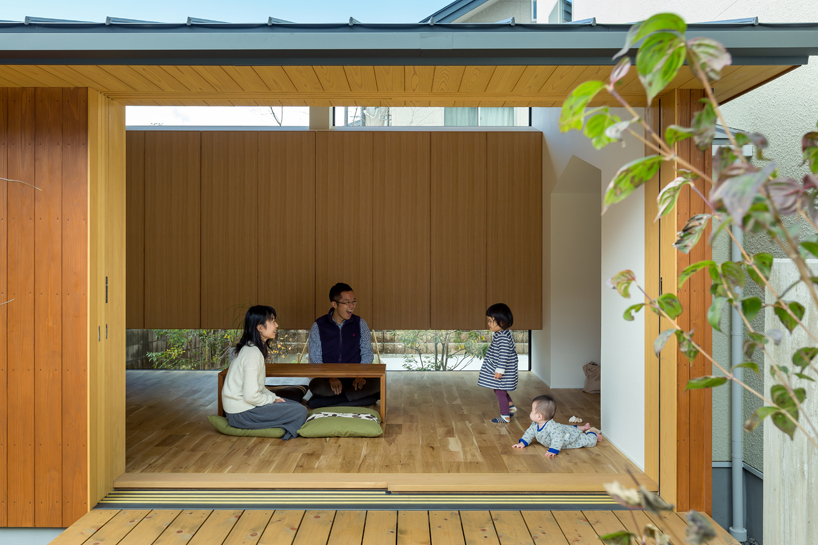 large doors open up to a wood-wrapped family room

as a result, the two programs are connected by a hallway. instead of unifying it as one dwelling, the choice of erecting different structures to host their individual uses enabled the architects to place emphasis on accentuating the nature of each interior. 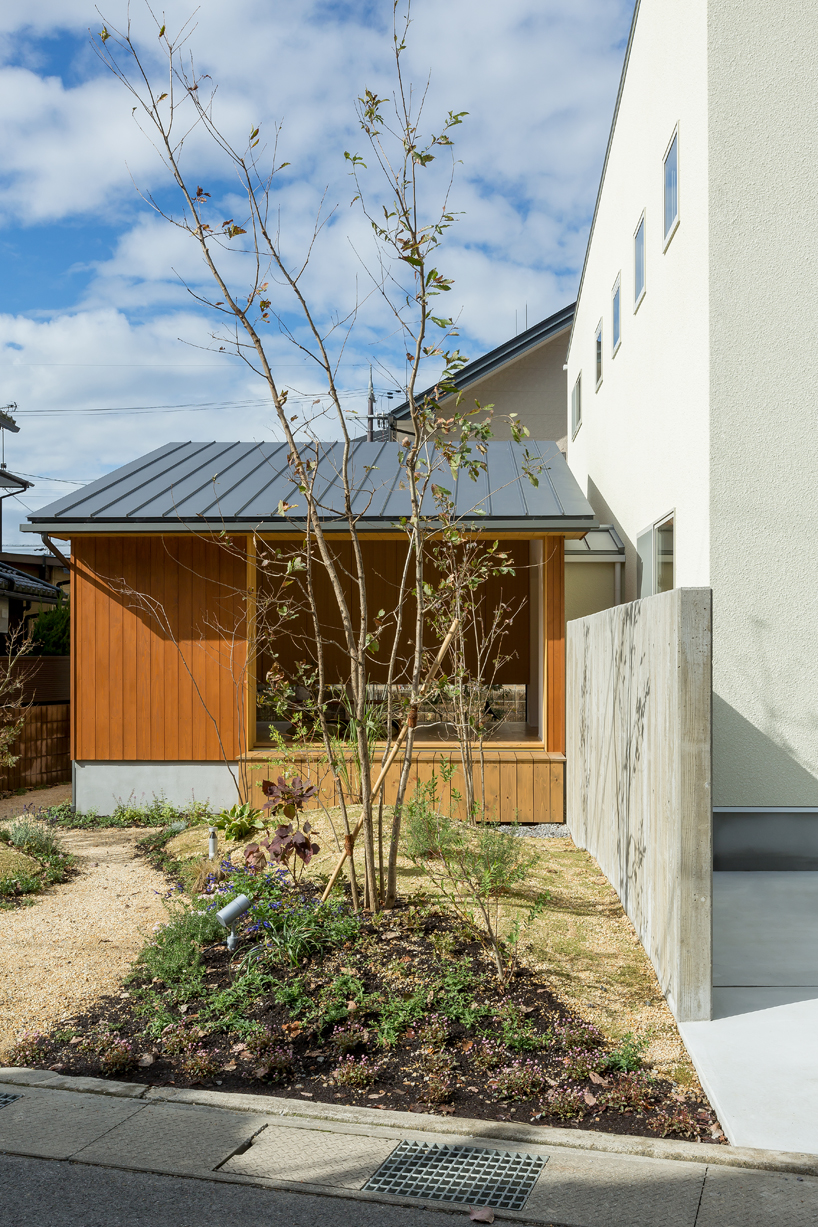 a concrete wall adds a division 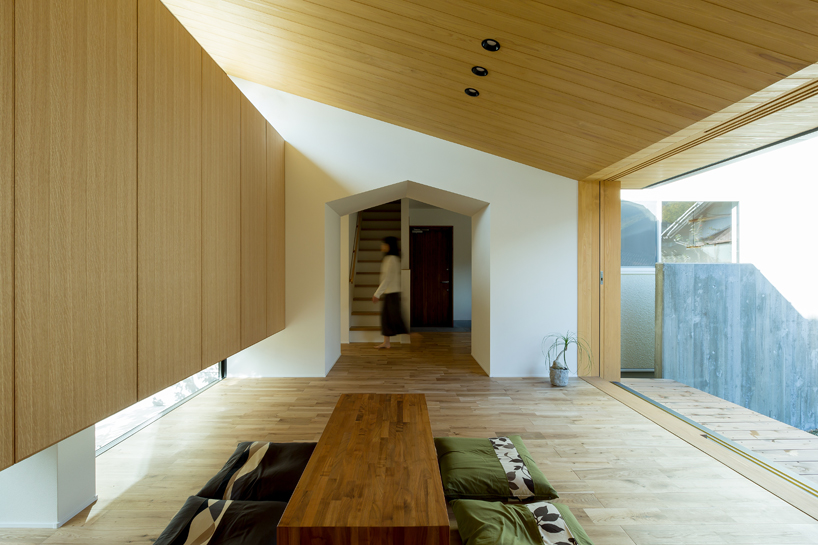 from the inside, a hallway connects the two programs together 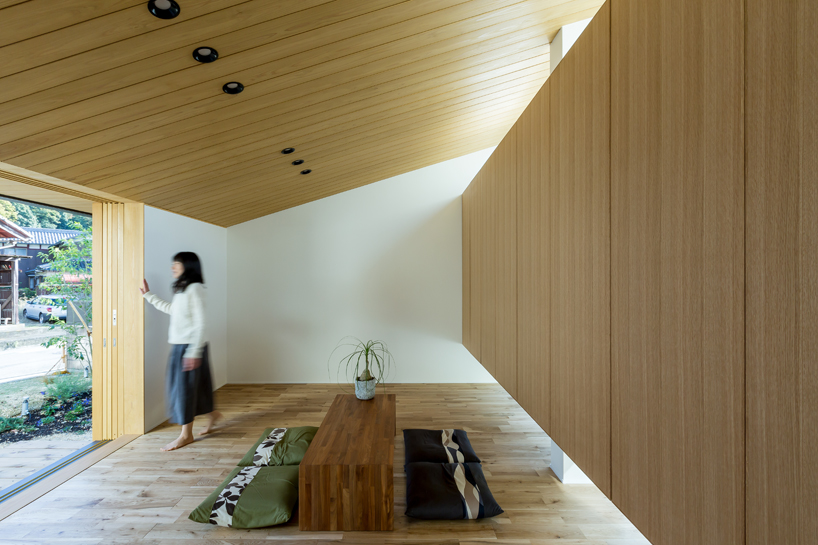 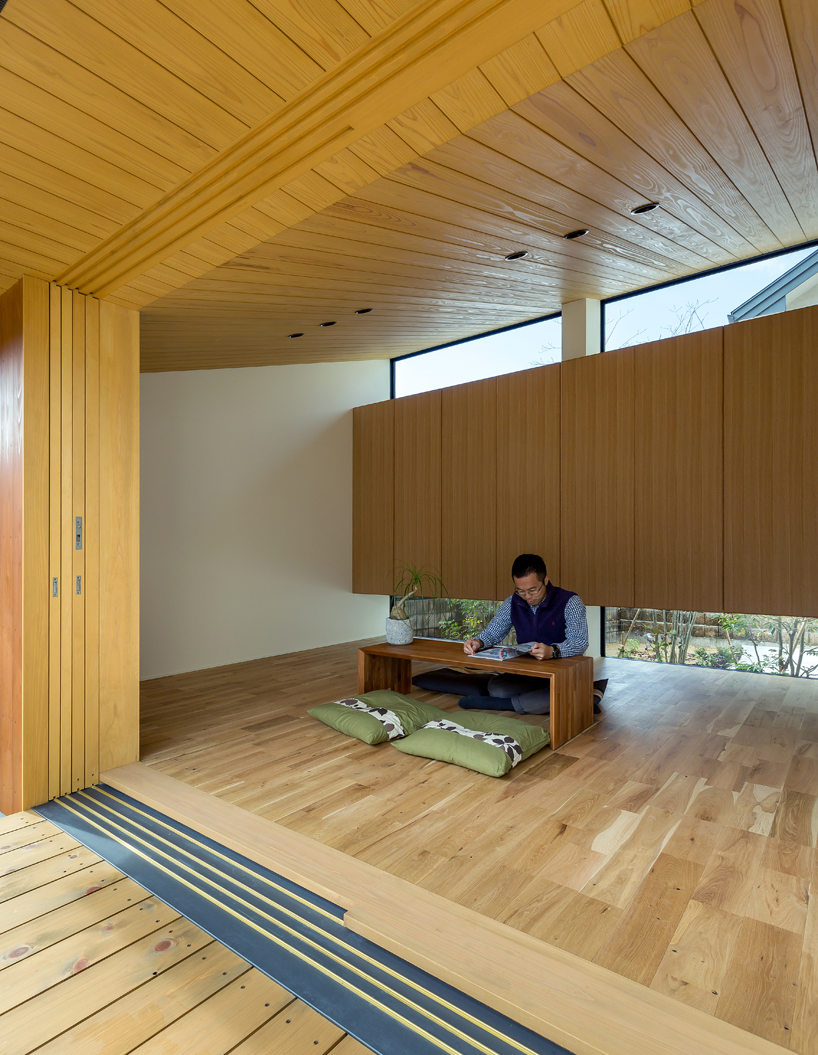 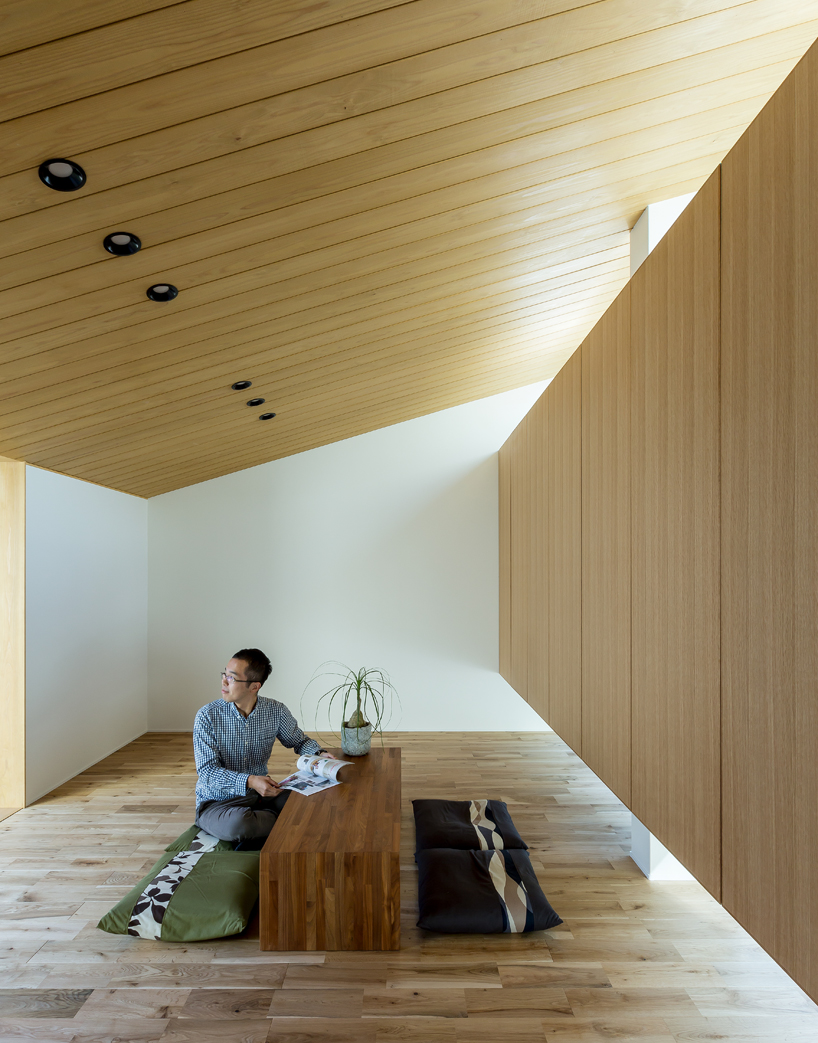 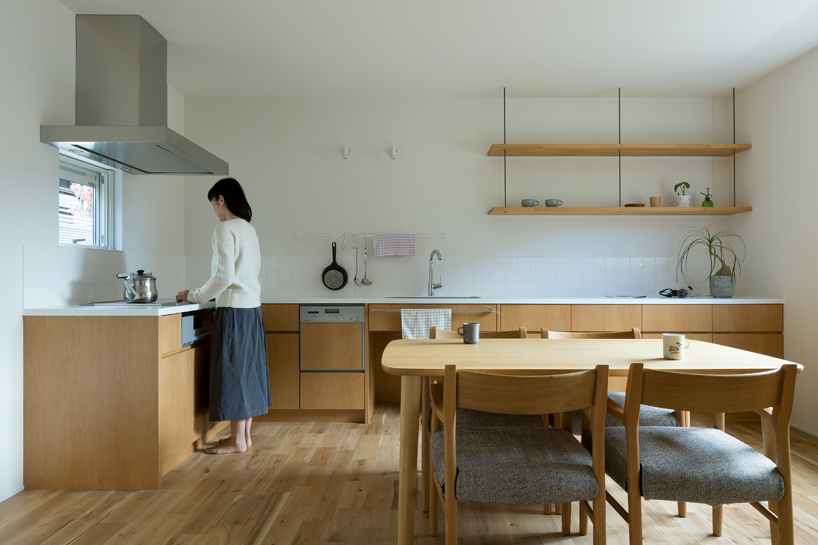 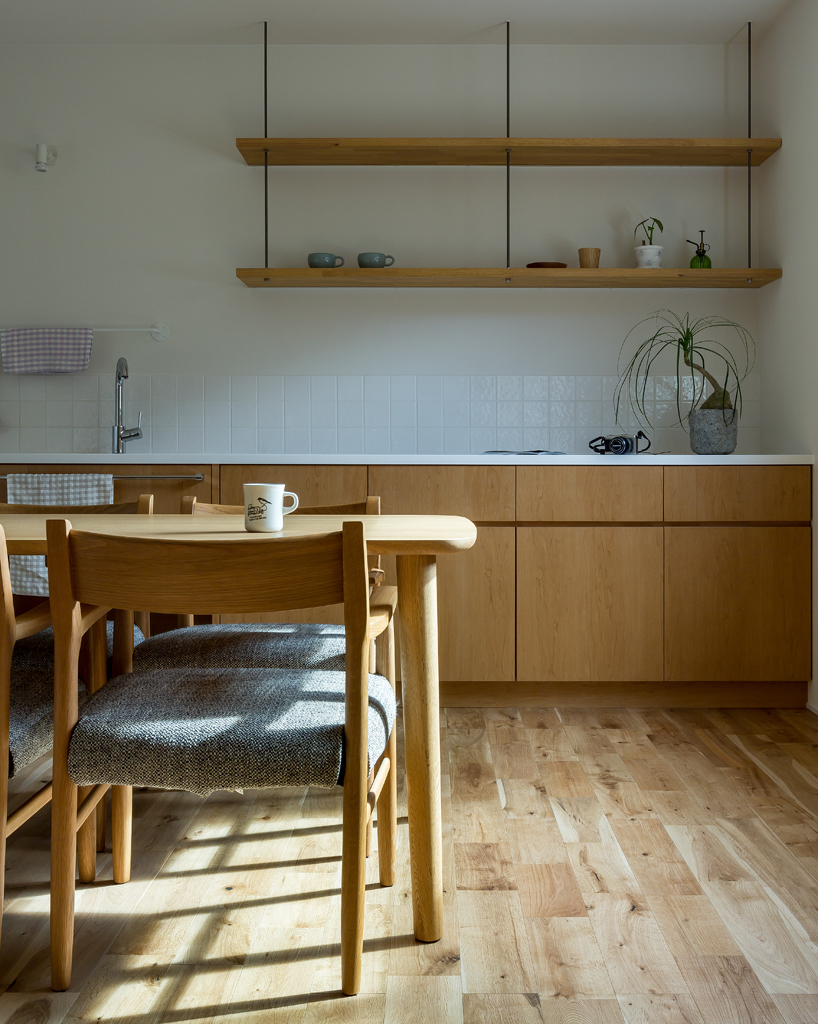 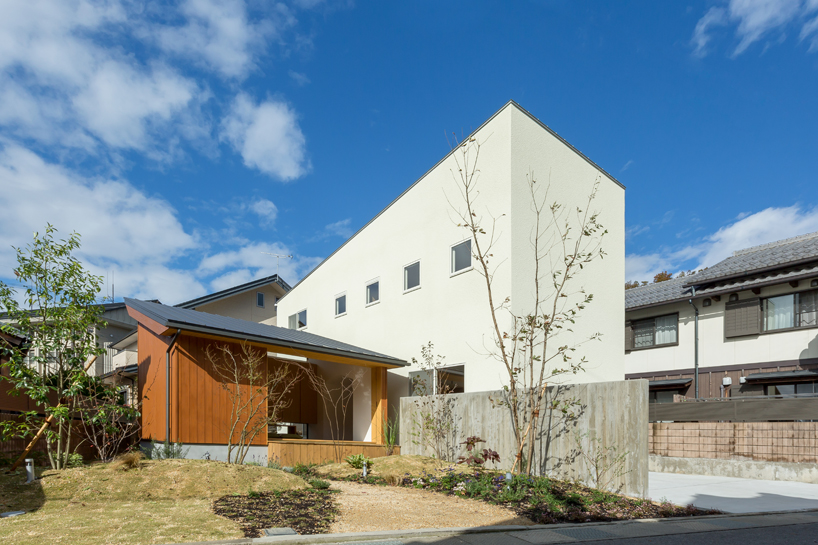 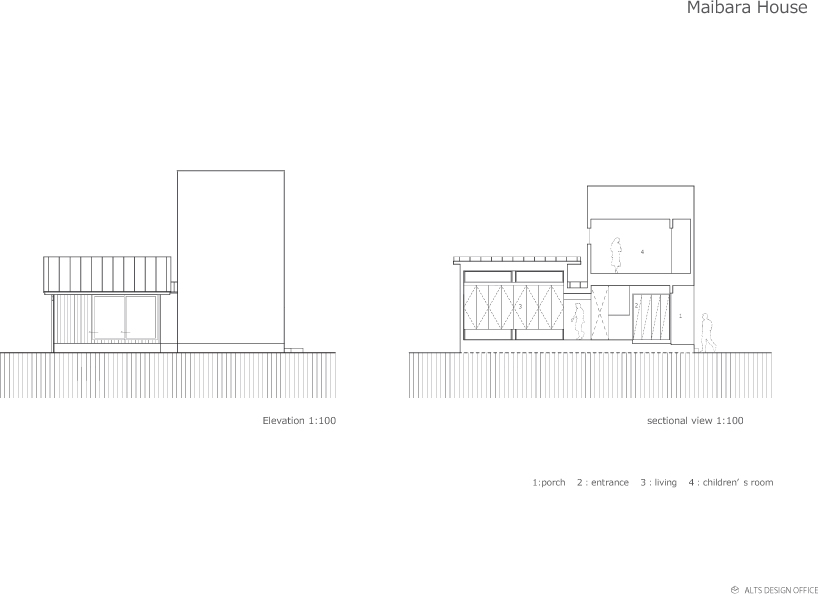 sectional drawing of the residence 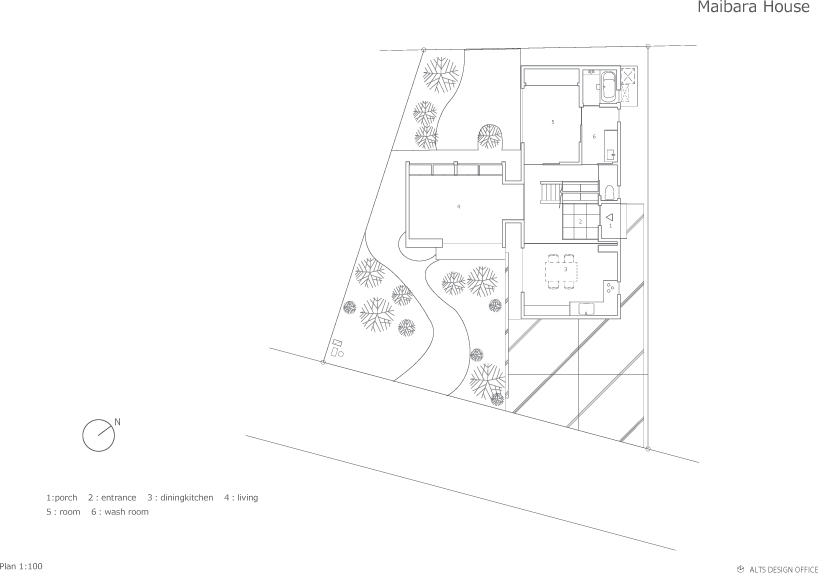 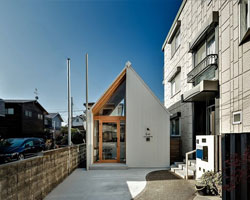 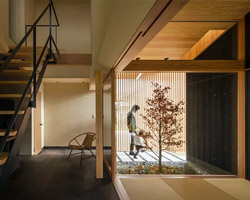 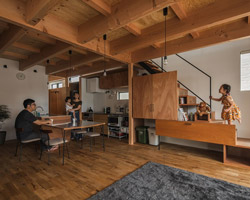 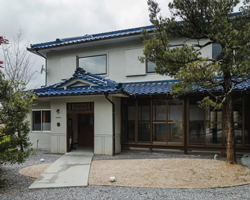 Apr 26, 2018
ALTS has renovated a 53-year-old japanese house while maintaining its original character