in 2015, a new york development team approached álvaro siza and made him an offer he couldn’t refuse. after a celebrated career spanning more than half a century, the pritzker laureate had built up an unrivaled portfolio of buildings across the globe. however there was one city missing from siza’s résumé. fortuntaely for new york, the portuguese architect enthusiastically accepted the commission to build his first project in the city — a 37-story residential tower located at the corner of 56th street and 11th avenue in manhattan’s hell’s kitchen neighborhood. 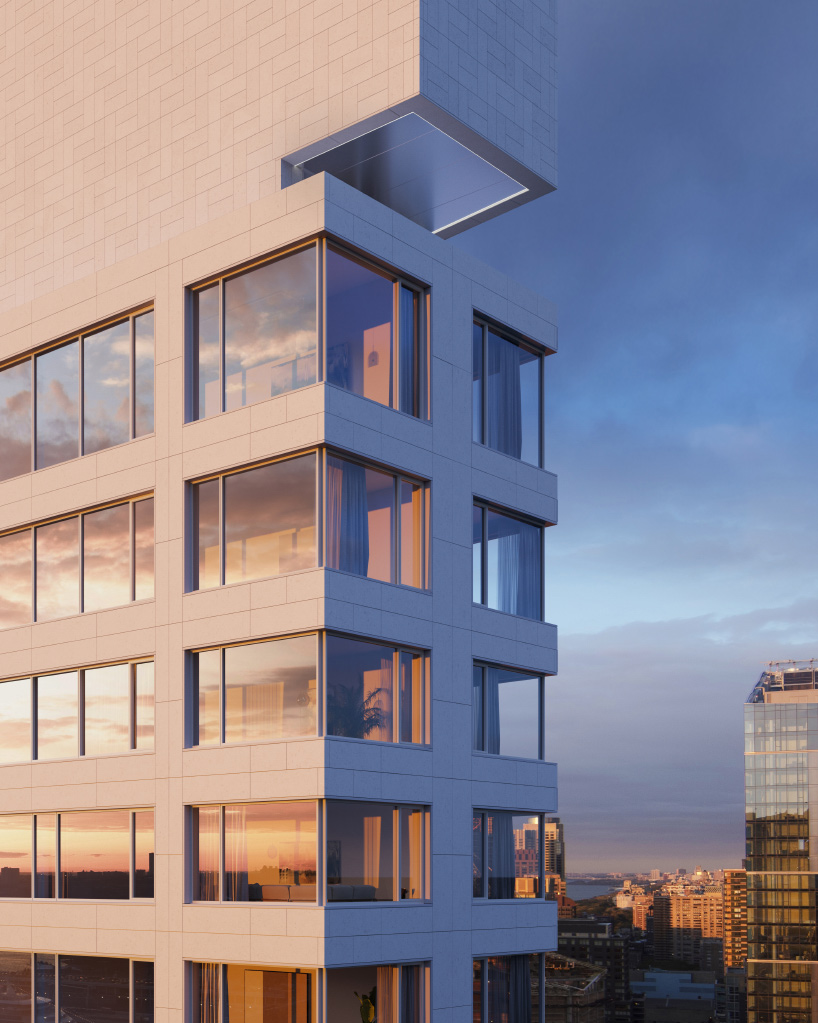 co-developed by sumaida + khurana and LENY, 611 west 56th street will contain 80 luxury residences behind its monolithic limestone façade. the building will offer one-, two- and three-bedroom residences as well as expansive penthouses and duplex maisonettes featuring private terraces. furthermore, the majority of the homes, which will be fitted out by interior designer firm gabellini sheppard associates, will feature direct elevator entry. with the project now under construction, álvaro siza introduced the design at an event in new york where he also discussed his distinguished career to date. 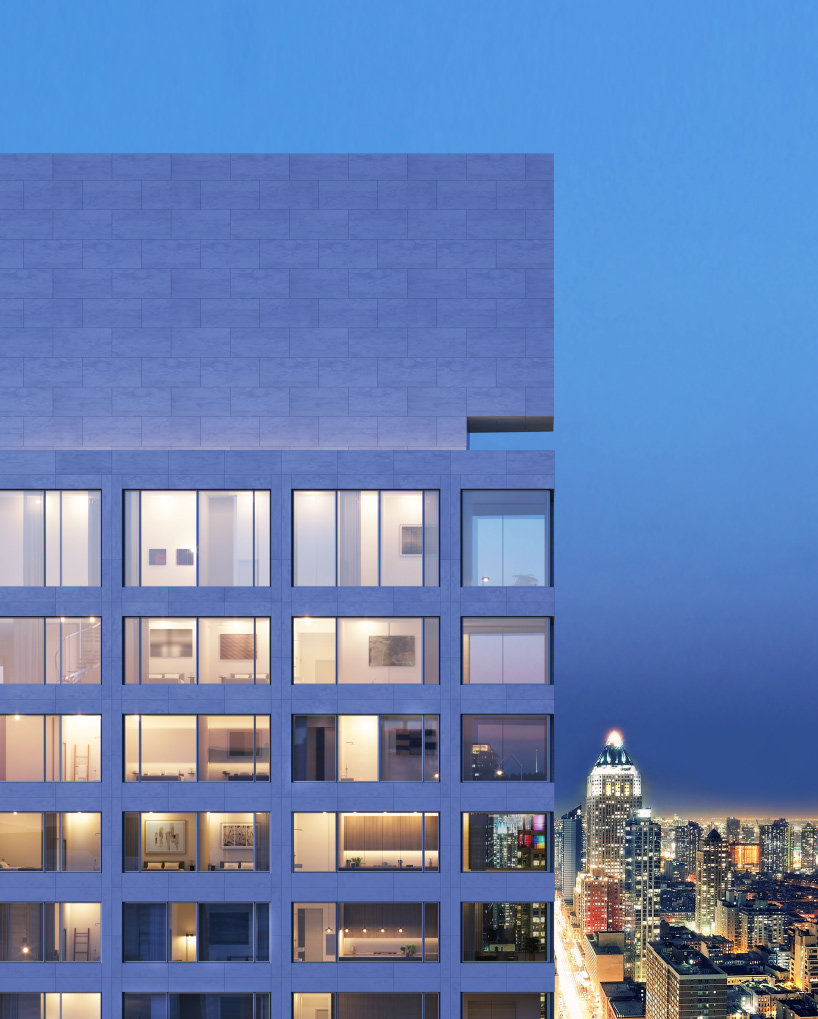 ‘when I arrive in new york, I have the same sensation as when I arrive in venice — I feel like I am in a dream,’ siza said as part of a recent conversation with architectural critic paul goldberger at lincoln center. ‘when I arrive at the grand canal in venice, coming from the station, it’s a feast. new york is so different, but it is also a feast. it seems that nobody designed the big buildings here, it is like a forest of trees.’ 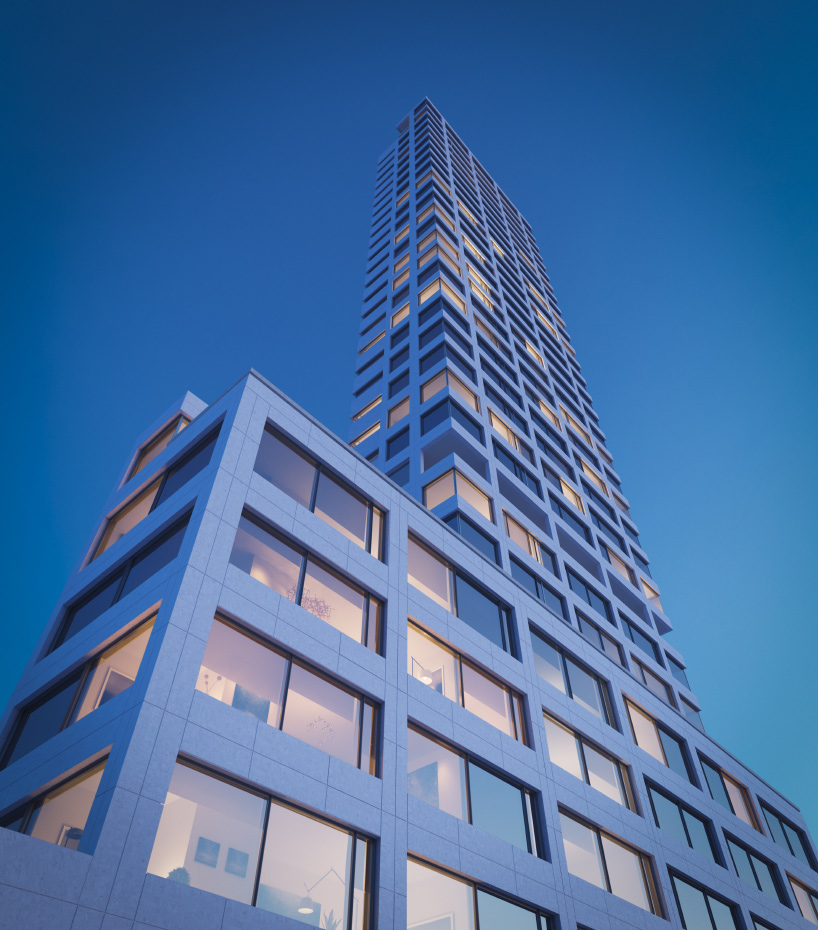 although the architect has never worked in new york before, he explained that the city had influenced him in some of his other projects. ‘when I did the new orleans tower in rotterdam, the first thing that came to my mind was new york,’ siza said, referencing his other high-rise tower to date. ‘I can almost say that I was used to working in new york before, but the real thing is different. for any architect, the plot to build in manhattan is very small. I thought, at my age, no one will invite me to work here, so when I was invited I thought I cannot miss this possibility!’ 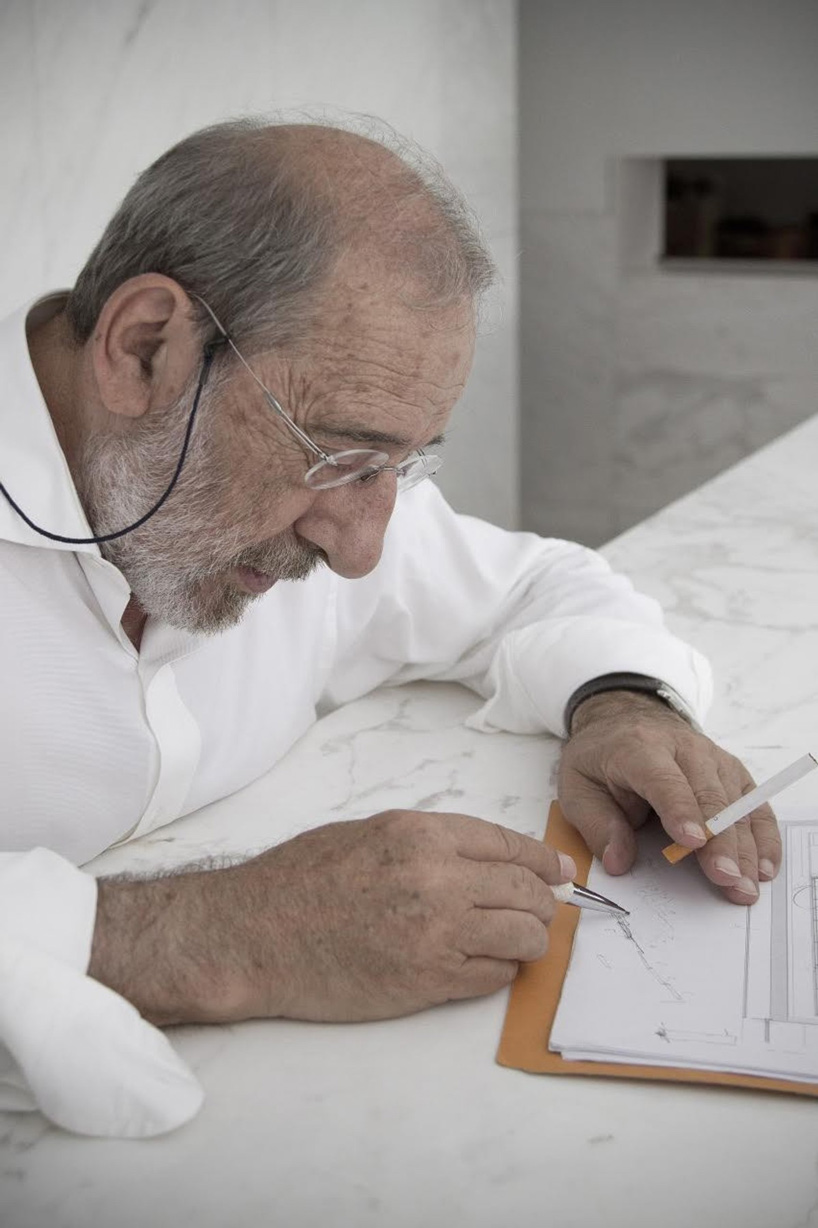 siza, who originally wanted to work as a sculptor, described how, at the beginning of his career, he was worried about becoming a ‘specialist of participation’. ‘when I became known, I was invited first to berlin, and a few times to holland, and I had to deal with many years of making only social housing,’ explained the 1992 pritzker laureate. ‘that is a thing that happens still — it’s the ‘paranoia of specialization’. I was missing working in different scales, in different programs, which all architects need for our education — which does not finish in school. I think that no one can make a good big building, without having the experience of small buildings.’ 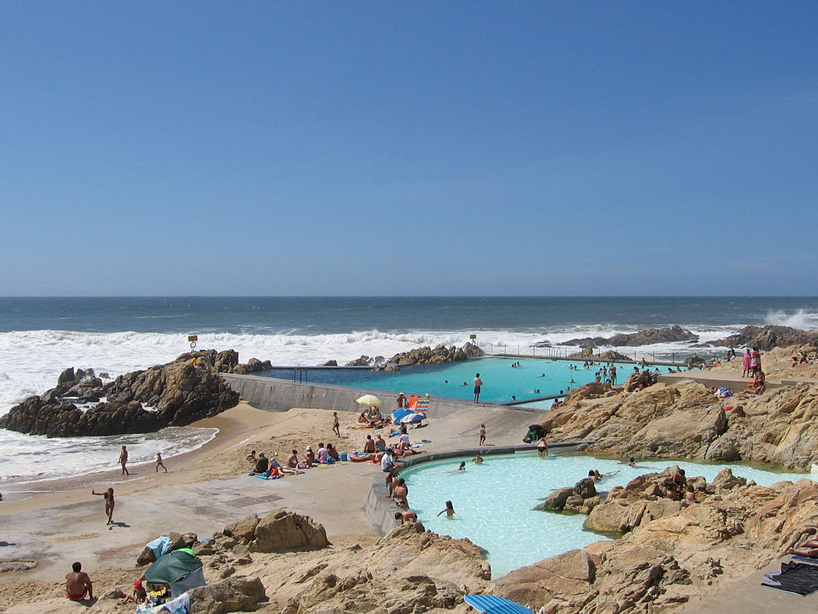 ‘architecture is architecture, nature is nature. we can not confound those two things, but they have to live together.’
siza’s leça swimming pools | image by christian gänshirt, courtesy of creative commons

expanding on his working philosophies, and referencing le corbusier’s villa savoye, siza said that he believes in ‘architecture in continuity’. ‘I remember the first time I saw it, it was a shock — the freshness, everything was new and exciting. what corbusier did was take things that already existed and put them together to make them sing, but the continuity was not in question. I had seen photos of villa savoye, but I think I was 40 or 42 when I visited.’ 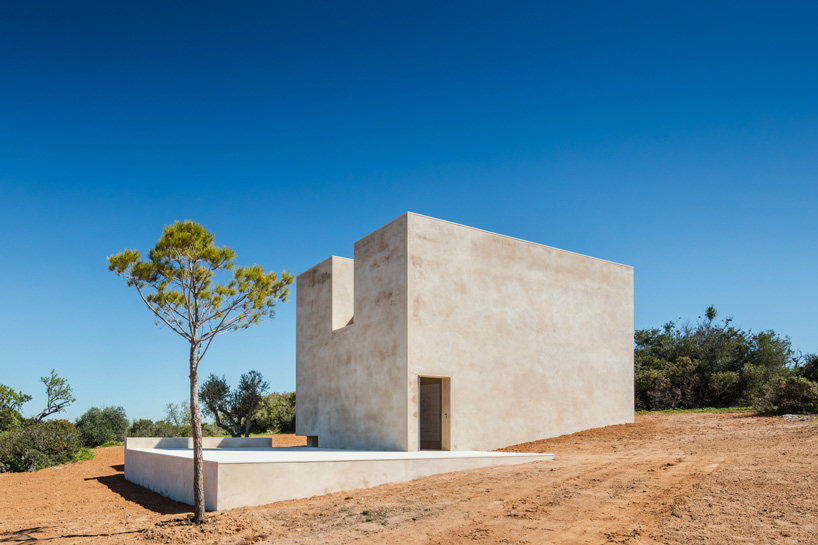 ‘this project made me very happy because the client told me specifically: we don’t want artificial light, we don’t water, and we don’t want electricity. I said: that is paradise!’
capela do monte is a small hillside chapel in algarve | image by joão morgado

‘young people today have a chance that I did not have, to travel and to study in different schools,’ continued siza, discussing the advantages that today’s students have. ‘they have the internet, so when they enter school they have already seen a lot of things. when I was beginning my studies, I had no information about architecture until magazines started to become available from japan, england, italy…’ 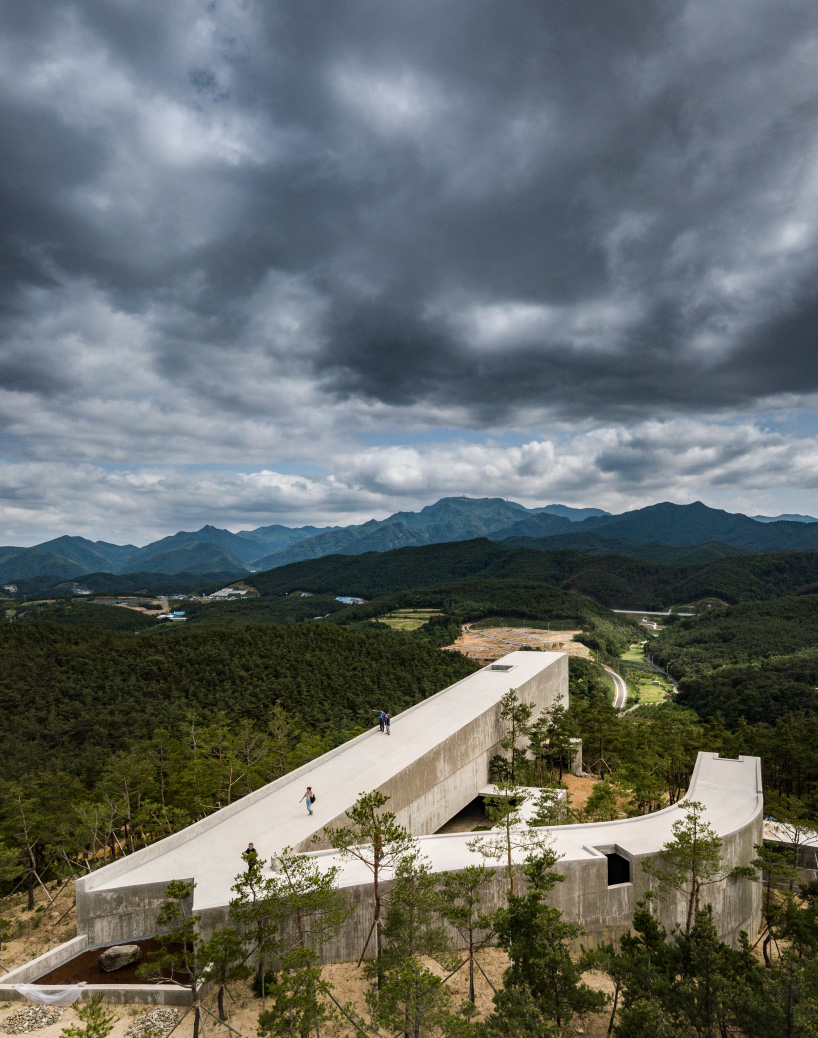 ‘my way of working is based in the doubts, not in previous convictions, but doubts,’ concluded siza. ‘when I am confronted with a project, the first thing I have is doubts about doing it. sometimes at the beginning, I am in panic. maybe I do not immediately have an idea of what to do, or I do not the believe the information I already have is enough — part of the exercise is to consider the crazy things.’ 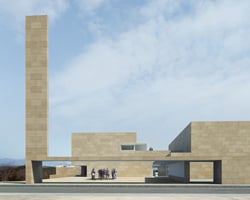 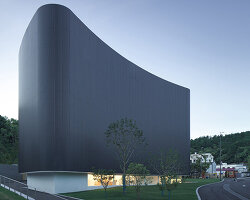