‘matsugaya’ by japanese architects A.L.X. is a renovation project of a single story office in downtown tokyo. devoid of any partition walls, the space utilizes a system of running curtains to create division in the unit. 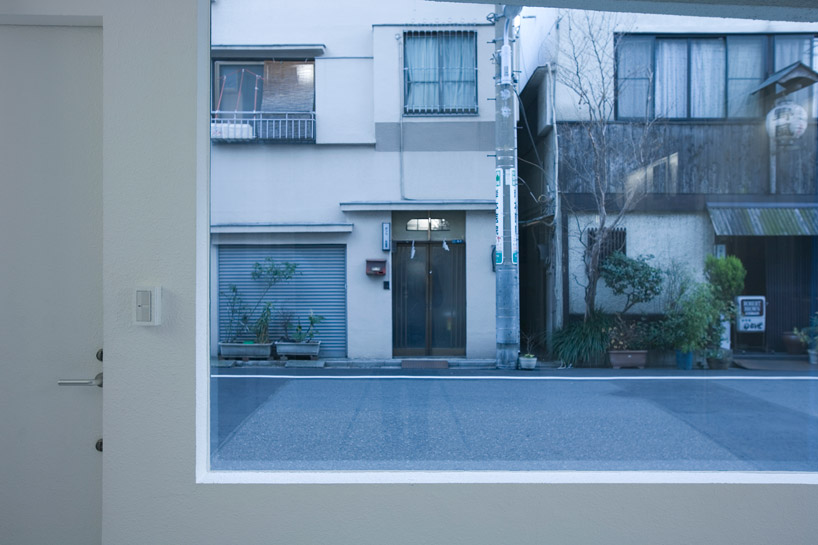 while the space offers a number of glazings, only a single south facing window opens up to the street with the rest facing neighboring walls. taking this limiting factor as a point of departure, the design puts aside the traditional approach of building which examines the relationship between the site and the project, and instead focuses on the relationship between the structural frame and the interior. 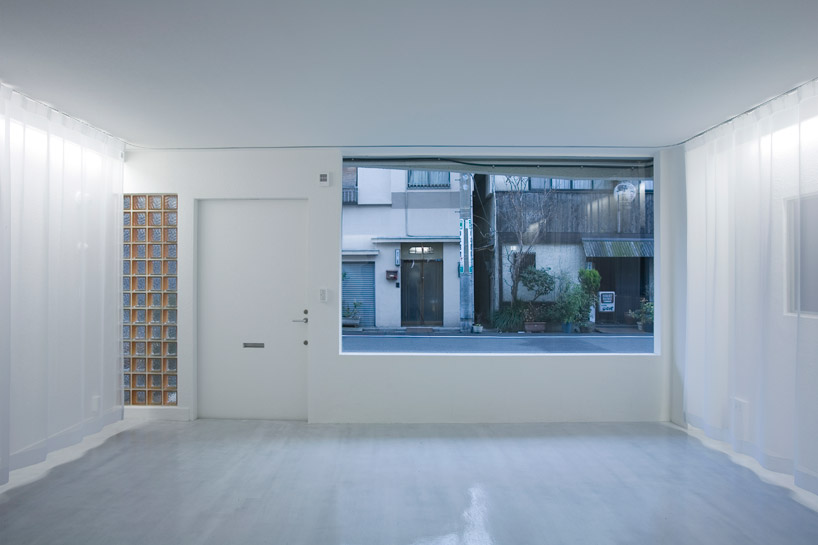 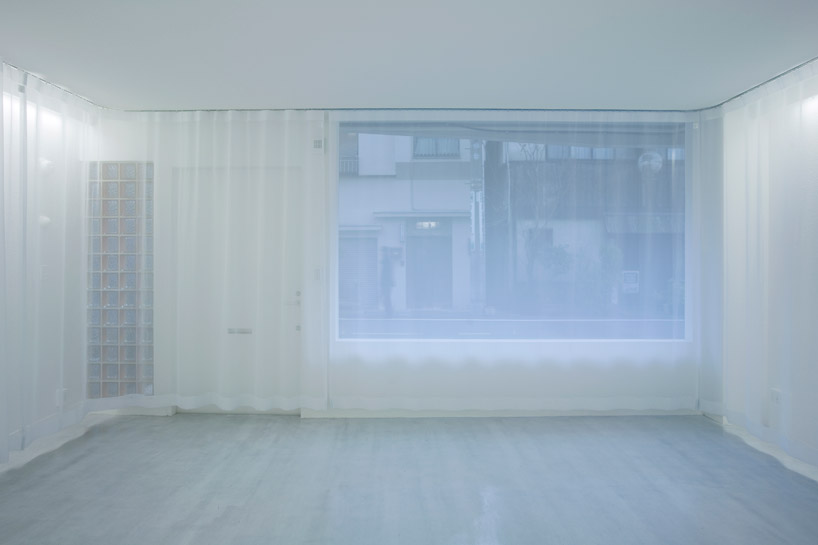 running along the perimeter of the space, the curtains’ movements are influenced by japanese hitofude- gaki calligraphy. tracks that branch out across the unit enable the inhabitant to define ‘separate’ rooms, introducing a gradual depth and opacity while still allowing light to filter through. bands of light recessed into the ceiling and floor further define and illuminate the area. the flexibility of the curtain system reflects a living environment that adapts to suit the needs of the homeowner. 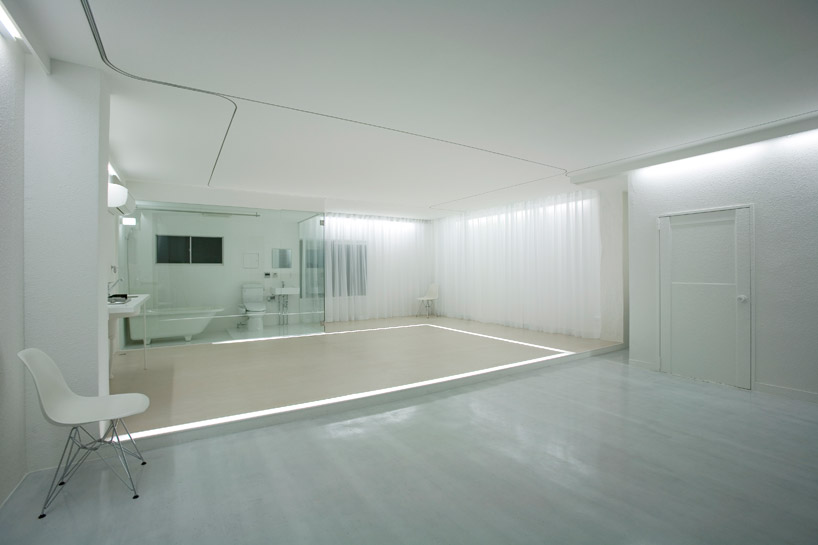 pre-existing built-in programs such as the kitchen, bathroom and entryway dictated the layout of the rest of the home, ensuring an organic living arrangement.  the resulting space is a simple and efficient dwelling which simulates lightness in a unit that is largely blocked from natural ight. 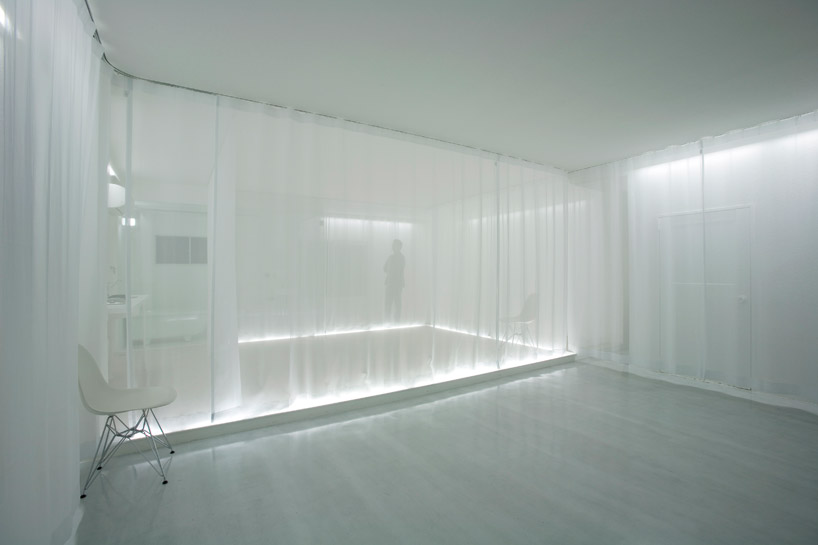 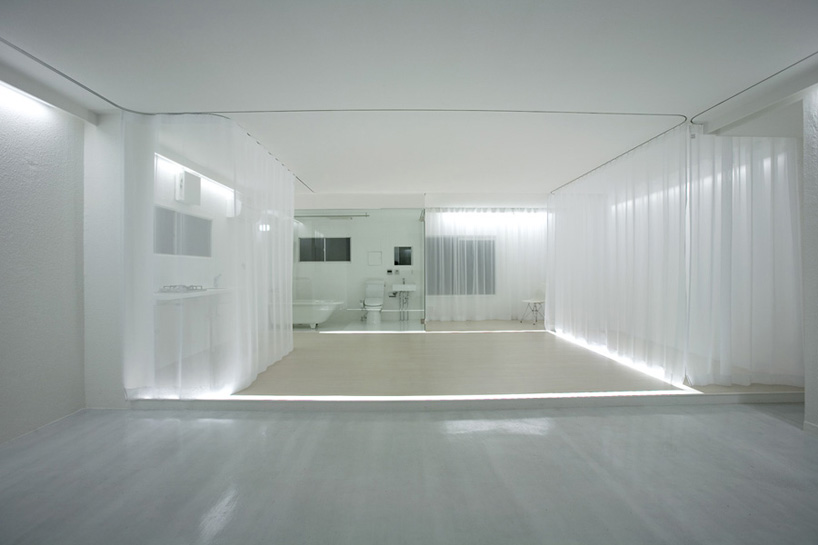 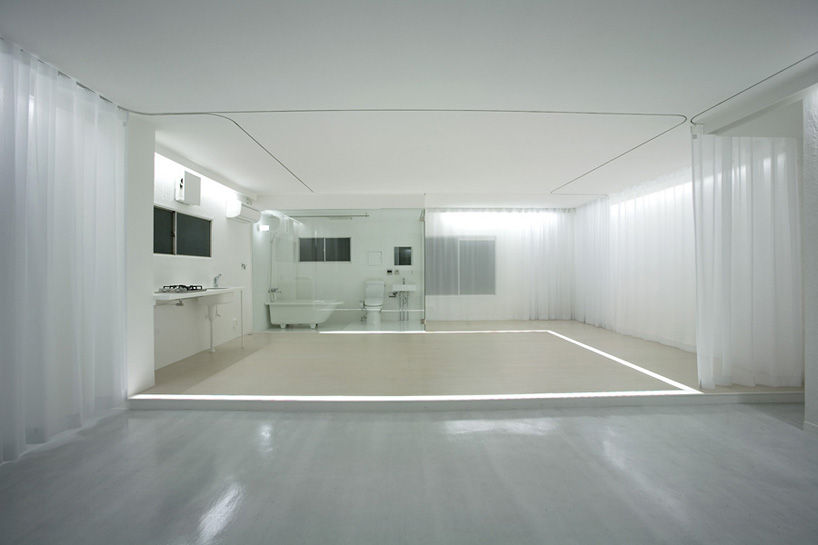 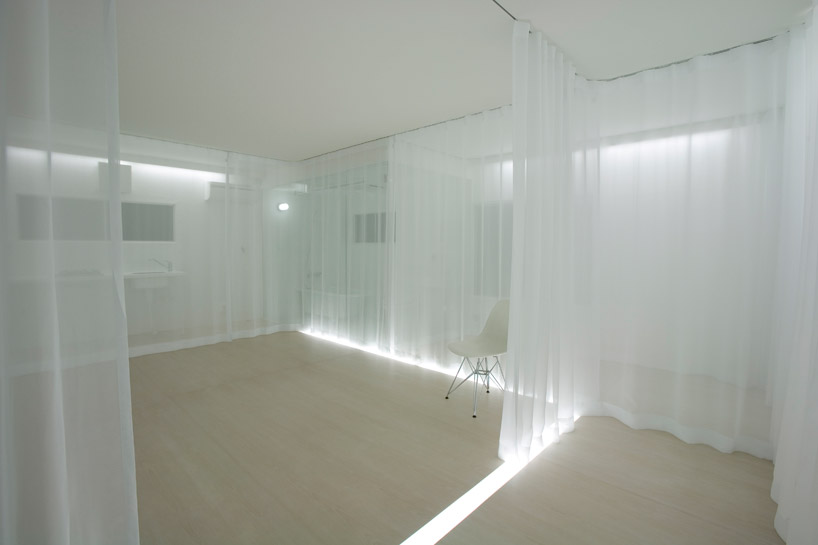 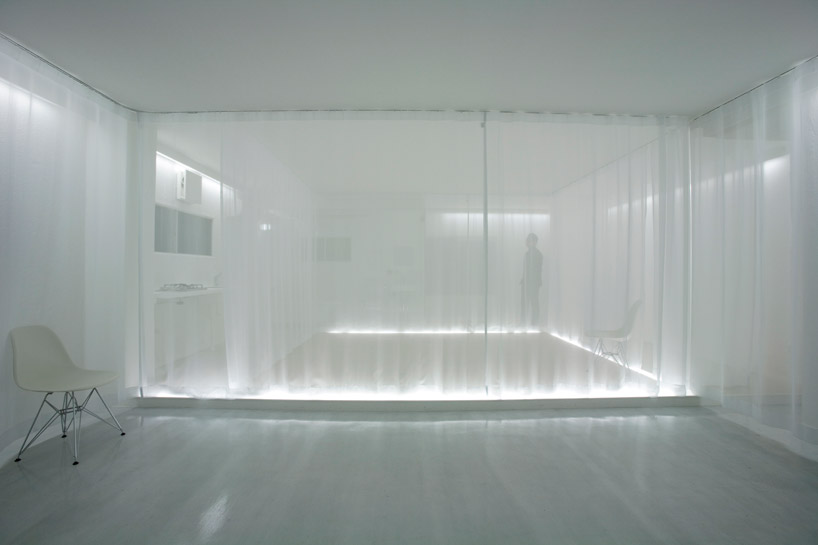 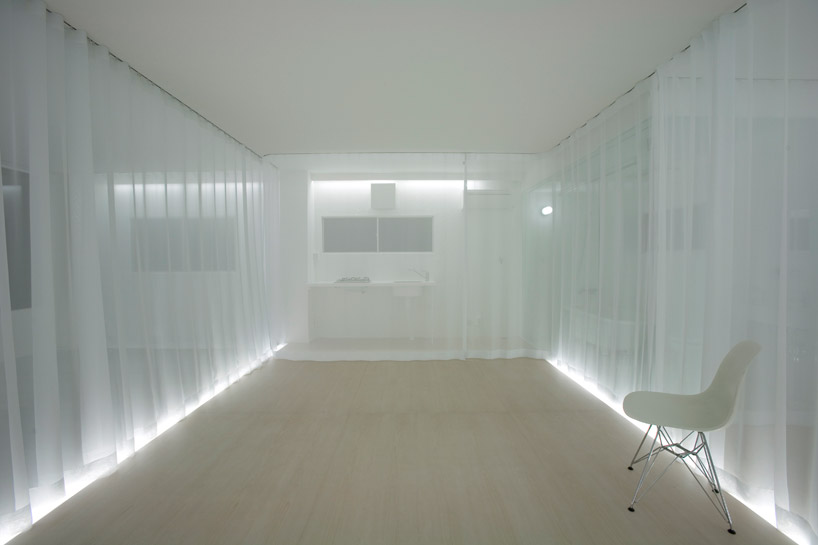 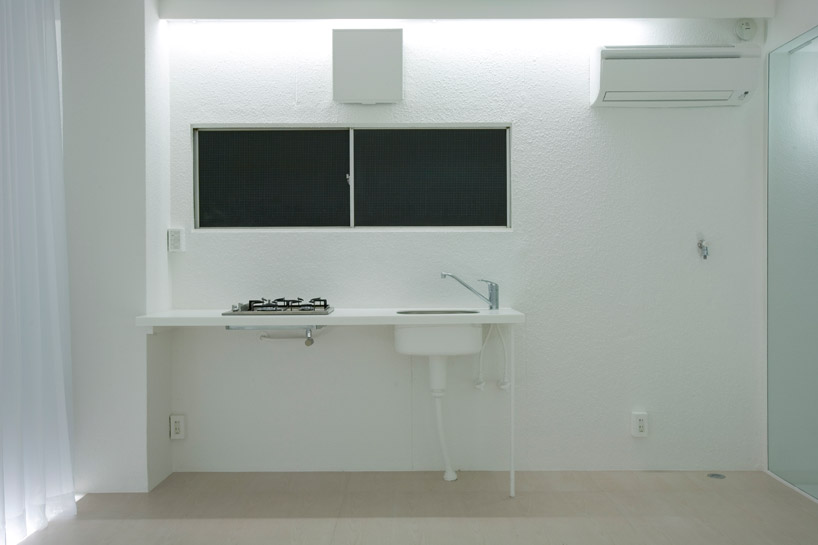 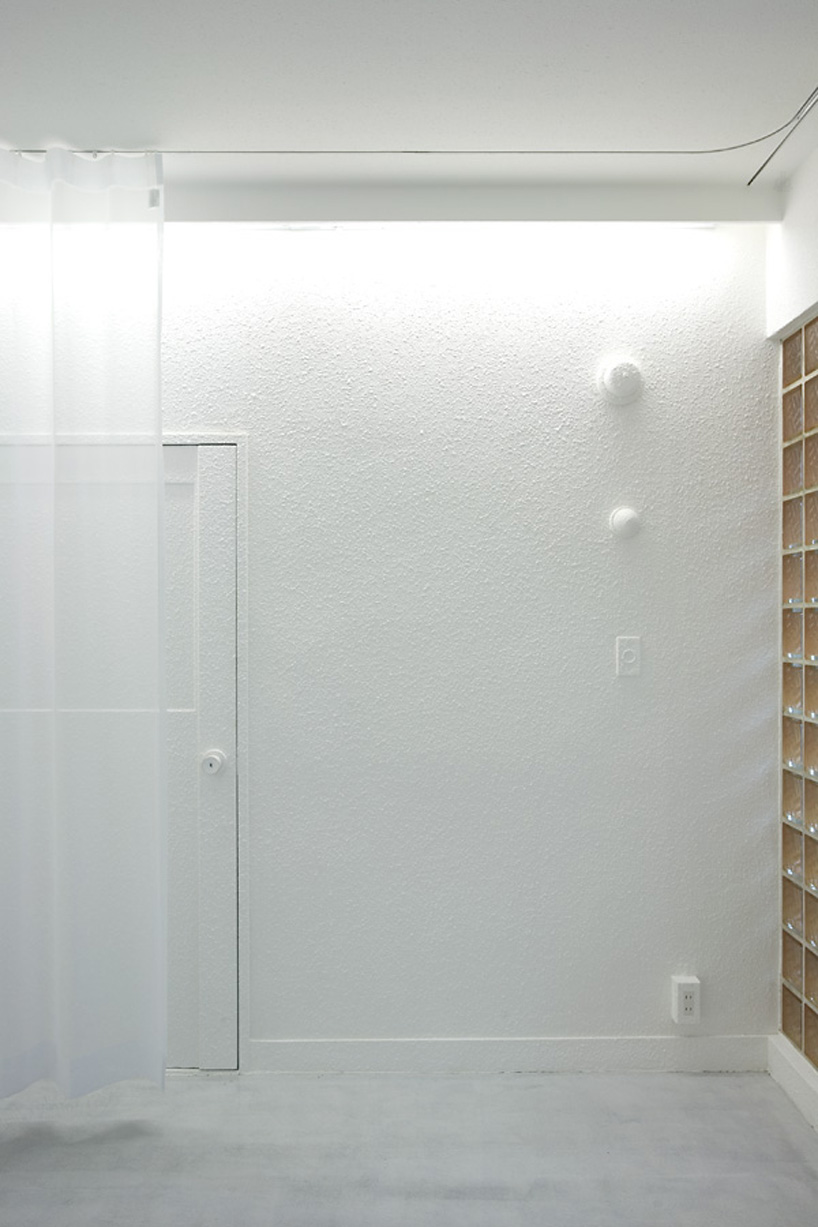 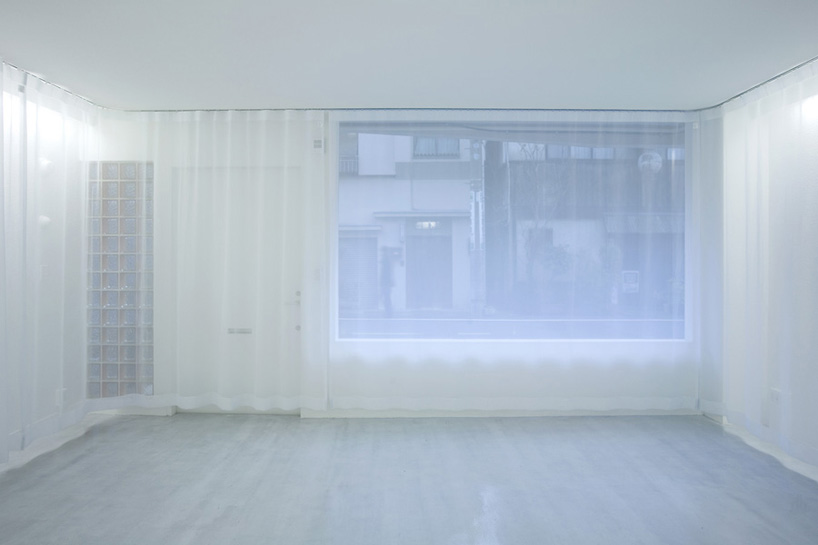 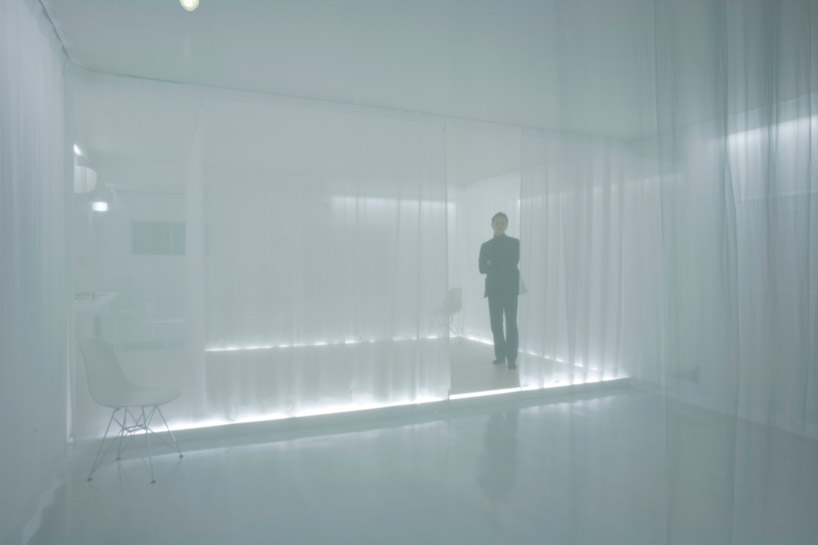 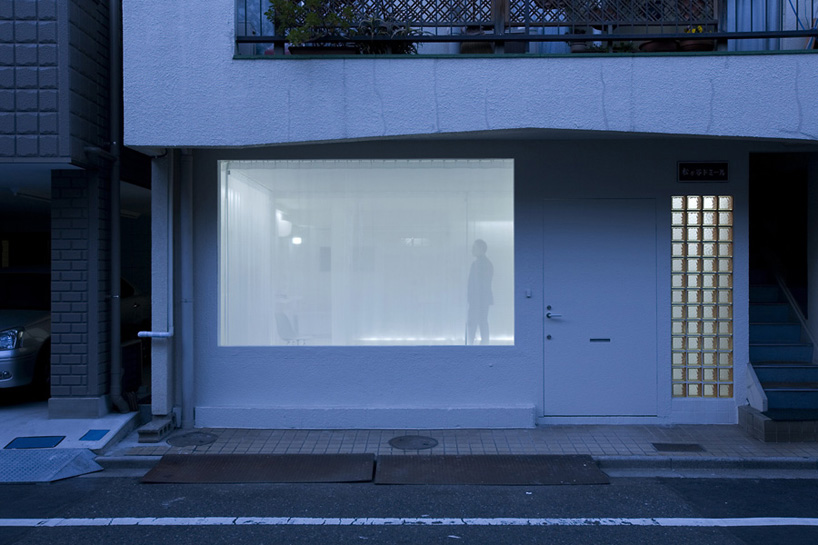 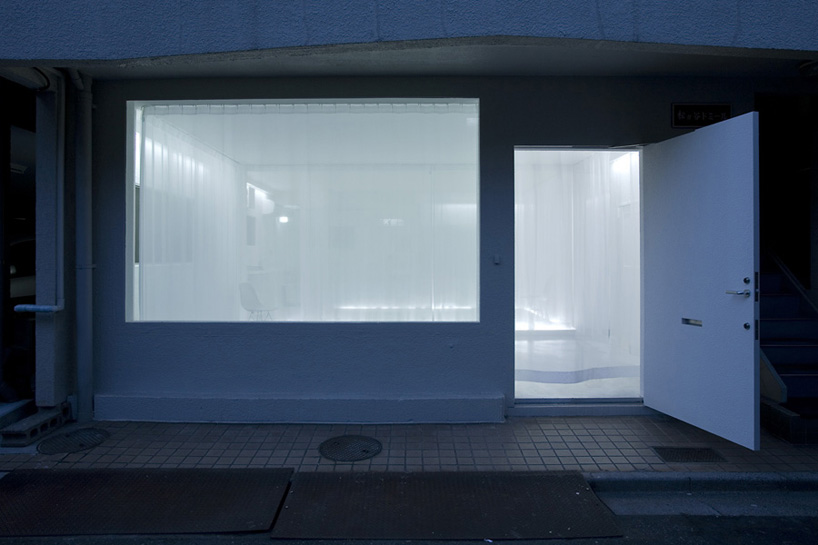 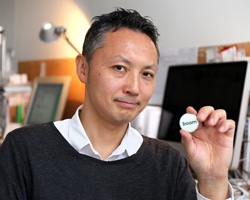 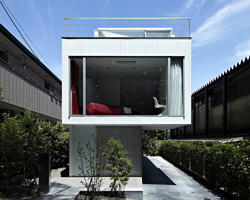 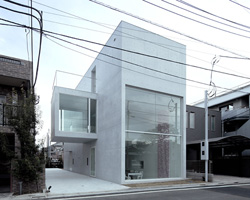 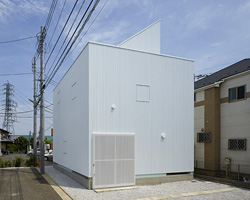 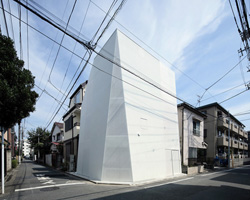