madrid-based architecture practice amann-cánovas-maruri (atxu amann, andrés cánovas, nicolás maruri) has shared with us images of ‘roof for molinete roman ruins’, a new cover protecting an assembly of archaeological thermal baths, forum and domus of molinete park in cartagena, spain. conceived as a transition element between very diverse urban conditions, the light polycarbonate structure seeks to seamlessly integrate the dense city centre to the sloping park while creating a continuous perception of the whole site. 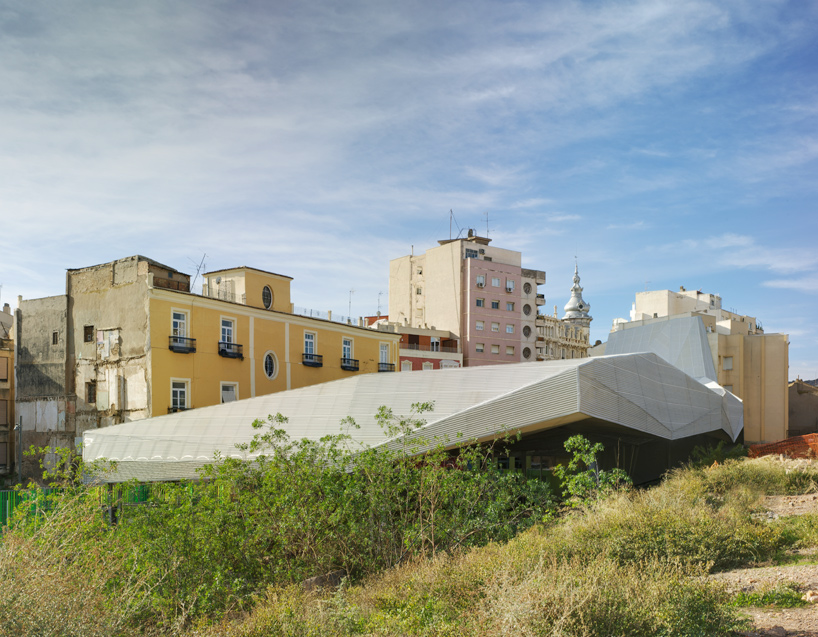 read as a hovering volume that stretches from the edge of the park, the faceted intervention describes a low-lying artificial topography with dynamic angles and faces. the exterior skin is constructed out of perforated steel plates and corrugated polycarbonate sheets to exhibit a uniform but translucent quality to the roof, allowing sunlight to filter through to the archaeological site below. in order to fully respect the roman remains, the design achieves a large span with limited structural stilts.

to allow for a fully immersive observation of the roman assembly, the design offers an elevated walkway which runs parallel to the street of the city. the light steel beam structure provides an overall view of the archaeological remains from three meters high. subtly shifting in its route, the fully accessible path generates a new urban facade through coloured partition walls. 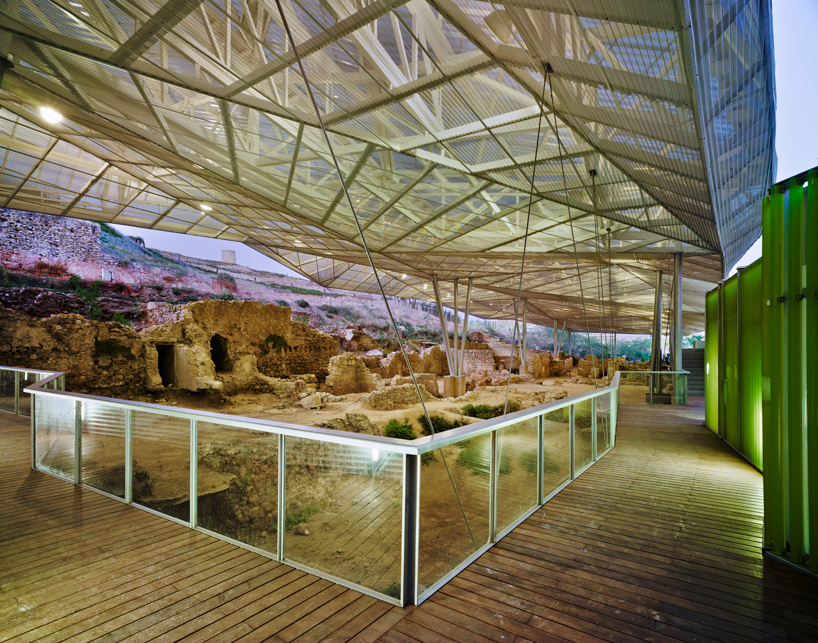 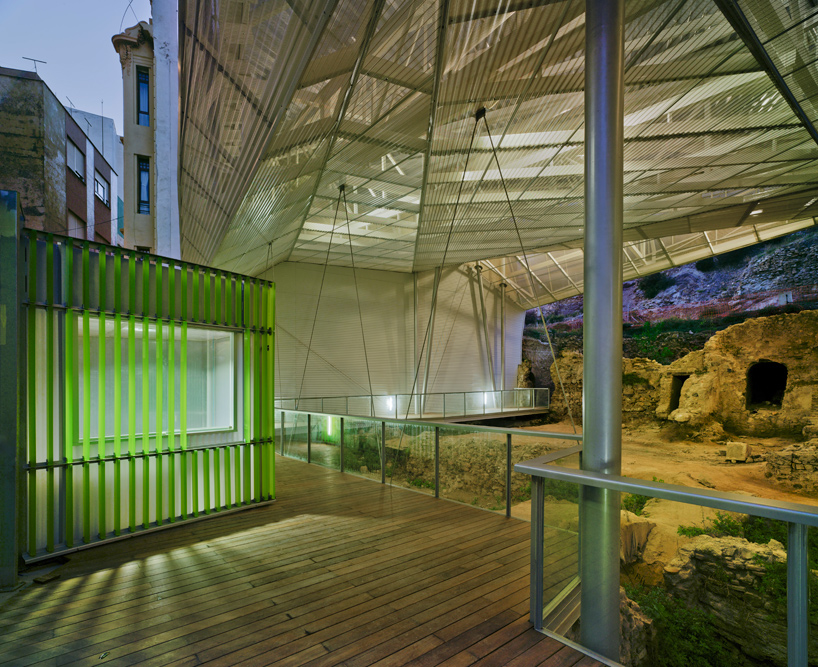 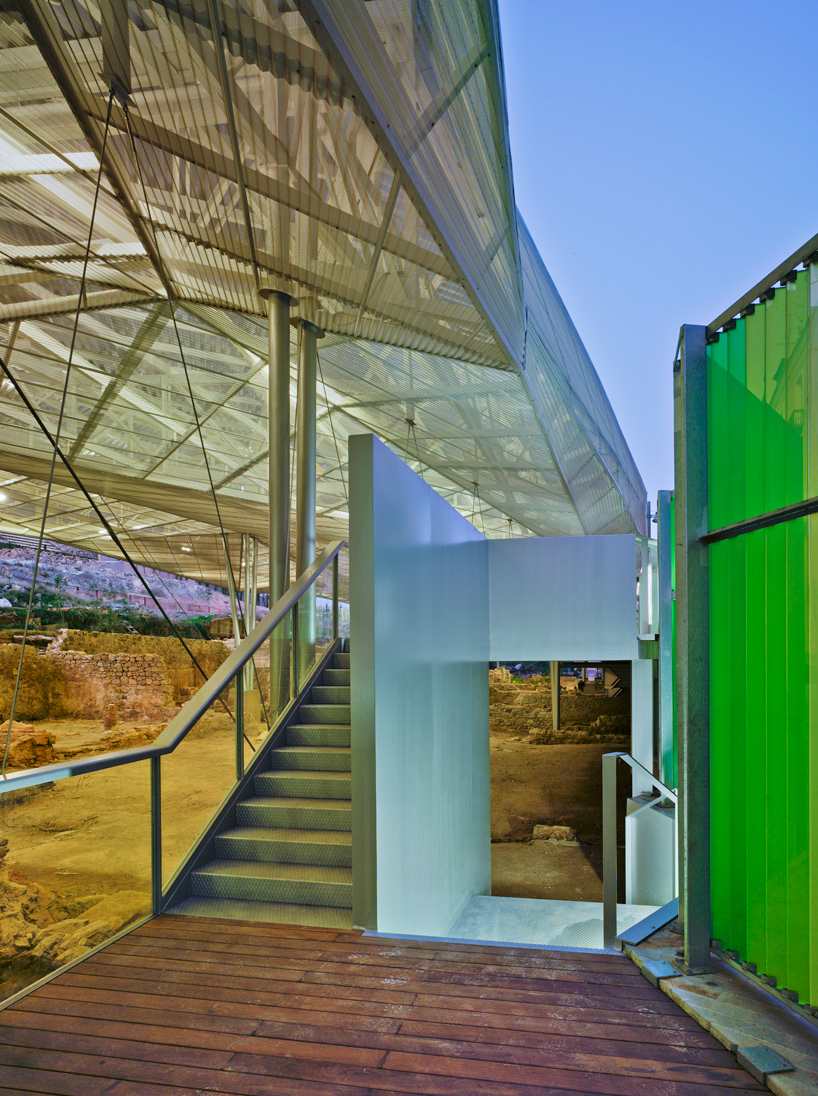 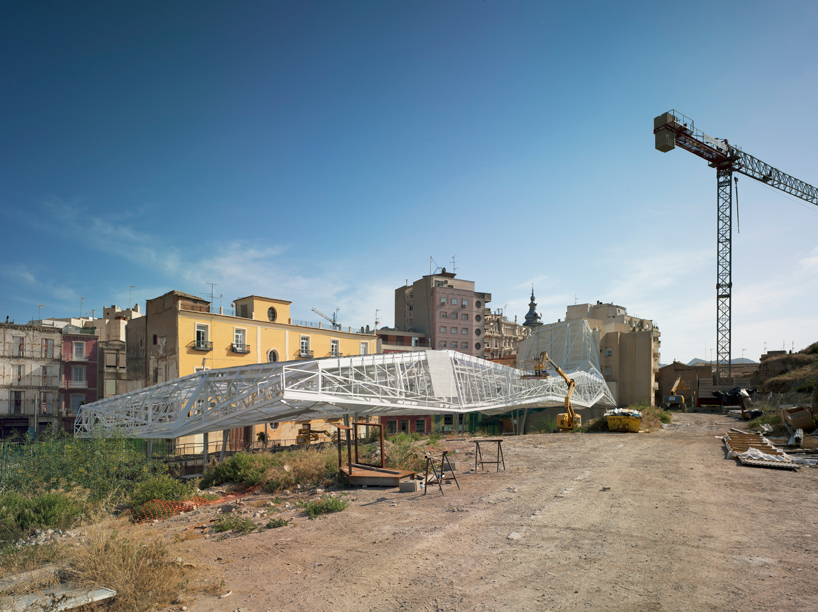 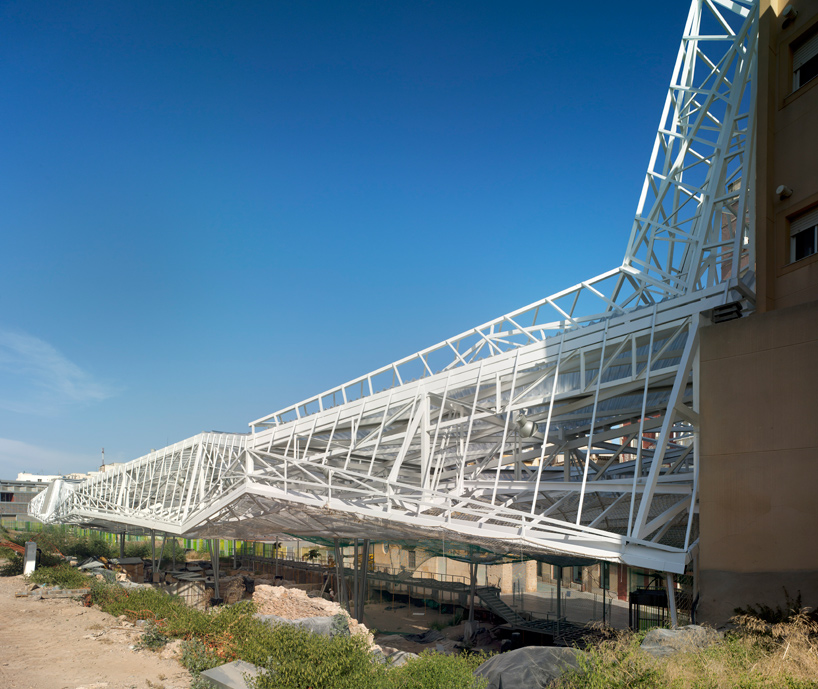 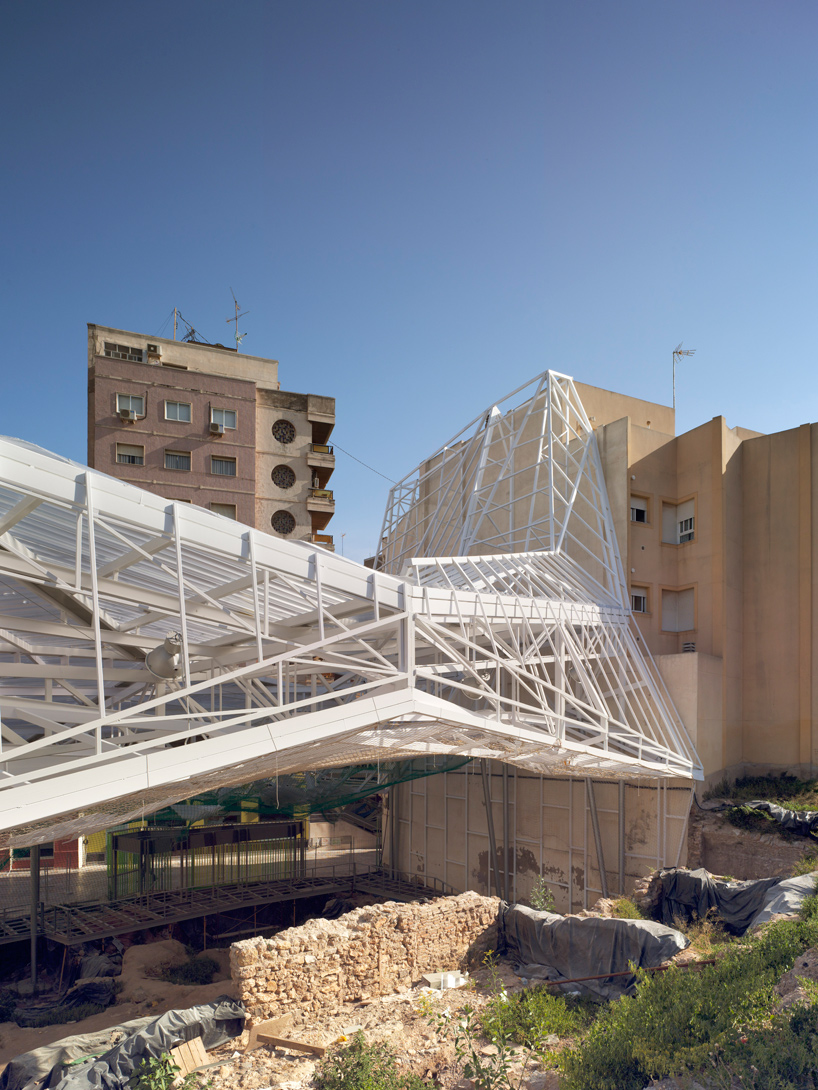 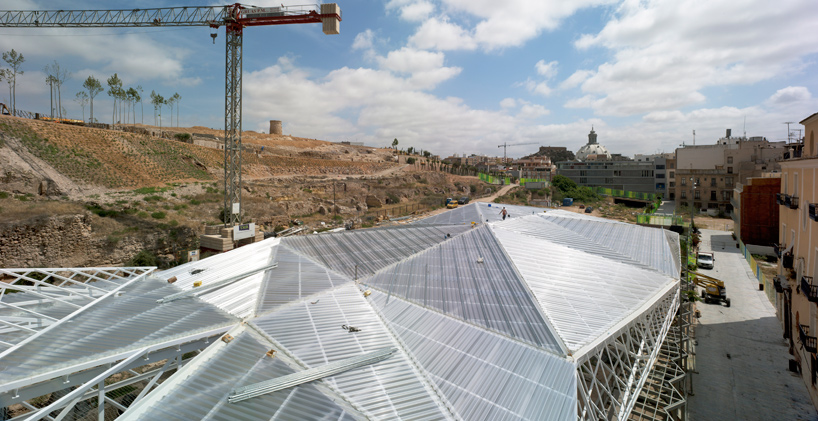 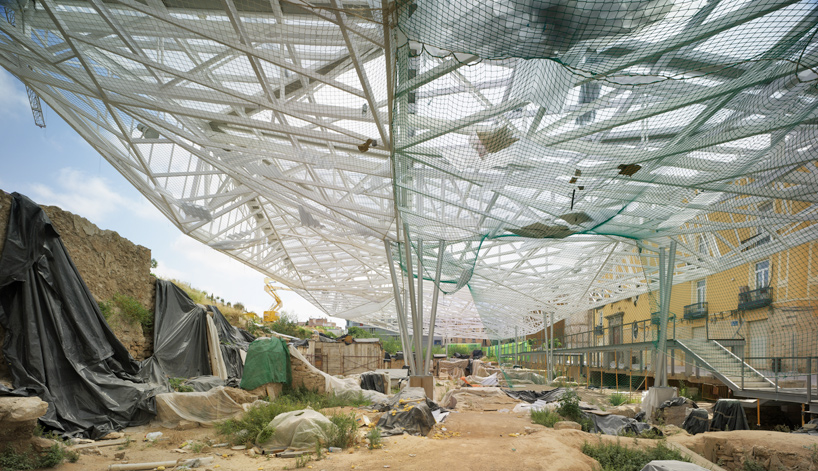 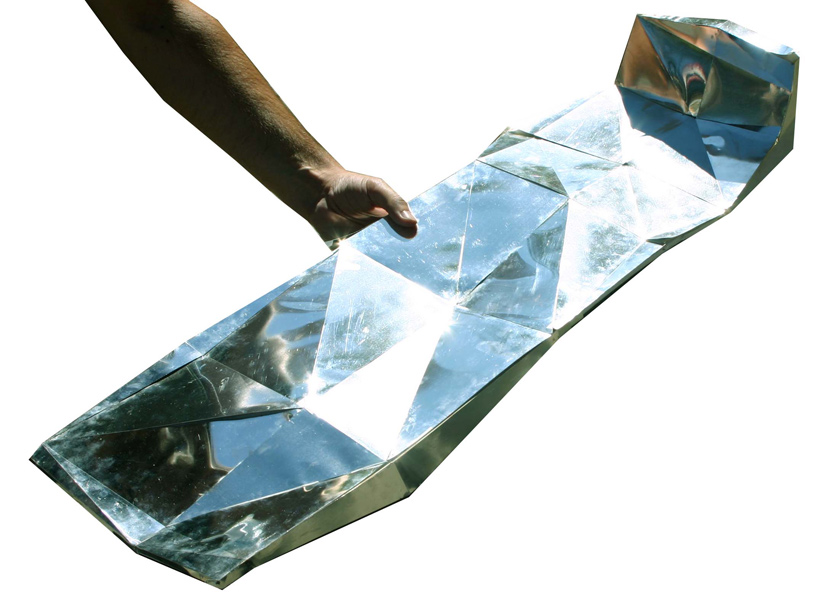 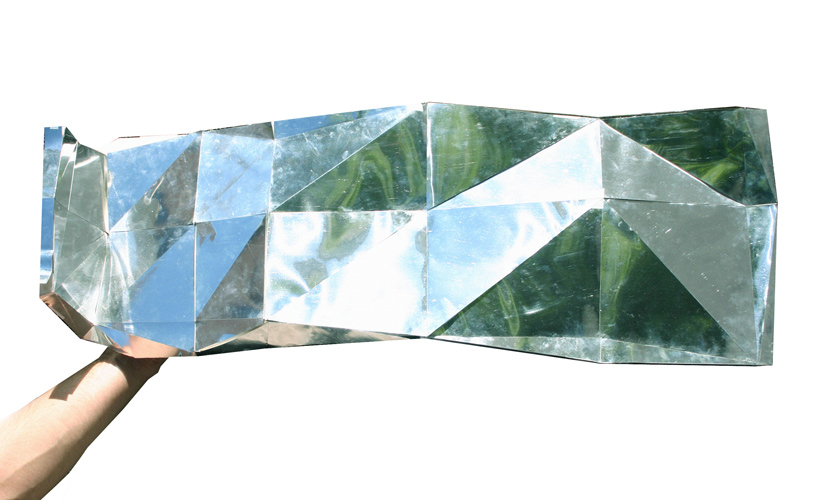 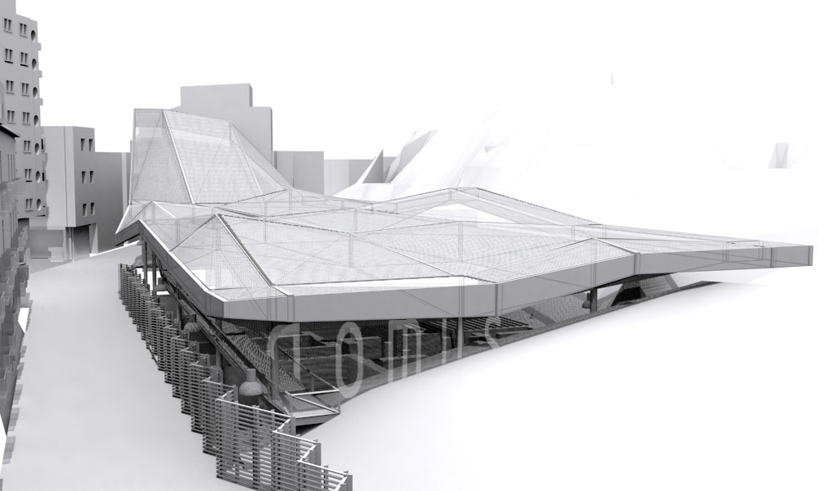 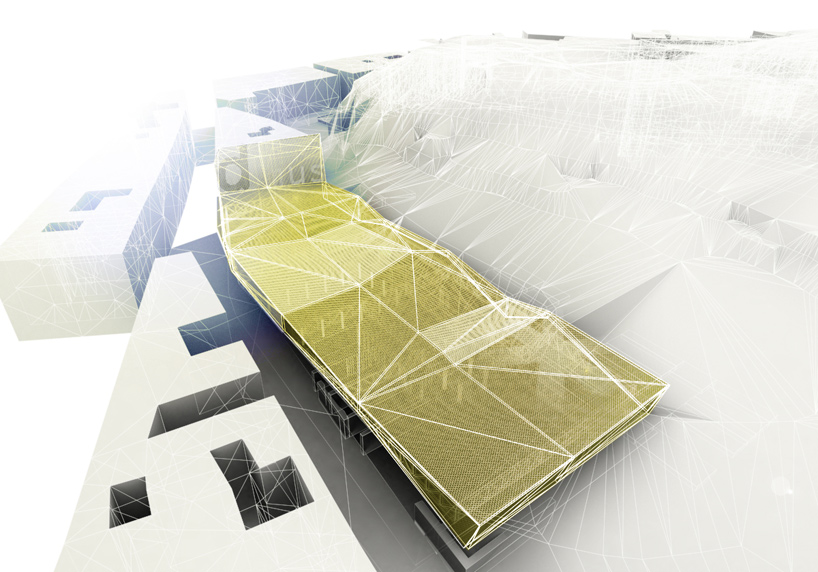 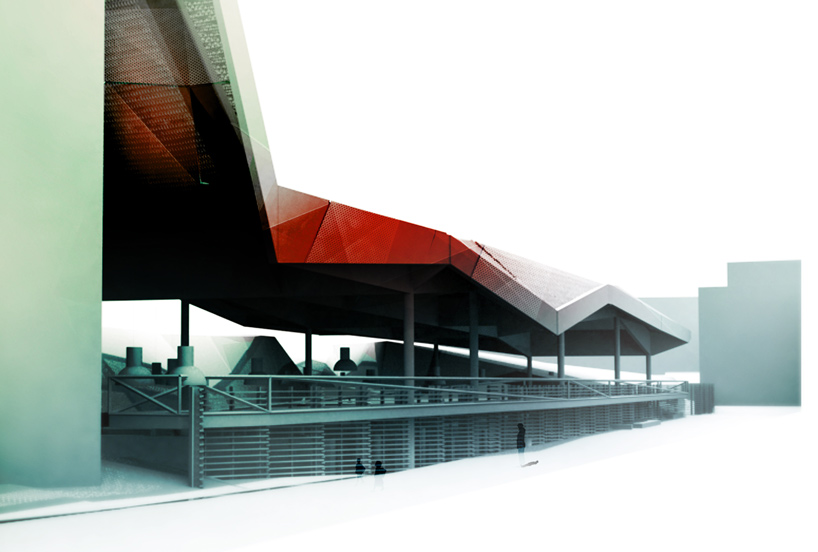