amazon has announced that it will be part of building the world’s first net zero carbon certified arena. located in seattle, the venue, which is currently undergoing a major redevelopment, aspires to be the most sustainable arena in the world. reflecting this, amazon chose to name the stadium the ‘climate pledge arena’ after a commitment by amazon and other companies to become net zero carbon by 2040 — 10 years ahead of the paris agreement. once complete, the venue will be home to a brand new ice hockey team — the seattle kraken. 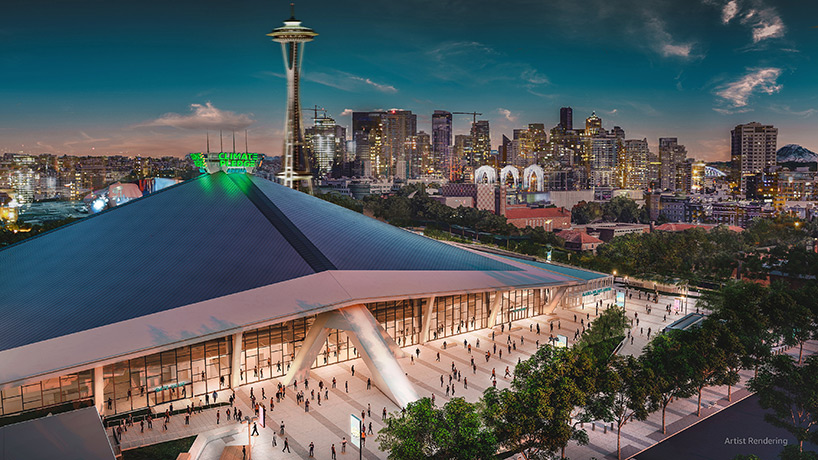 amazon hopes that the naming of the ‘climate pledge arena’ will serve as a regular reminder to audiences of the urgent need for climate action. however, the commitment doesn’t end with the name. a number of key features have already been announced that will ensure that the venue is one of the world’s most sustainable. firstly, the arena’s original 44-million-pound roof will be reused in construction to significantly reduce the embodied carbon of the building. 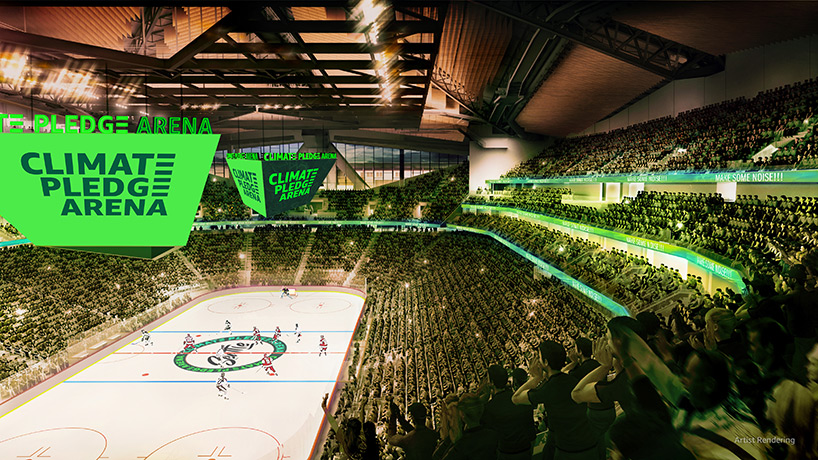 the team behind the project also stresses that no fossil fuels will be used, with all-electric operations powered by 100% renewable electricity — both from on-site solar panels and off-site renewable energy. furthermore, events at the arena will be made fully net zero carbon through investments in forestry projects with organizations such as the nature conservancy that will sequester any remaining carbon emissions from arena operations. in order to create the ‘greenest ice in the NHL’, seattle’s reclaimed rainwater will be used for the arena’s ice system. 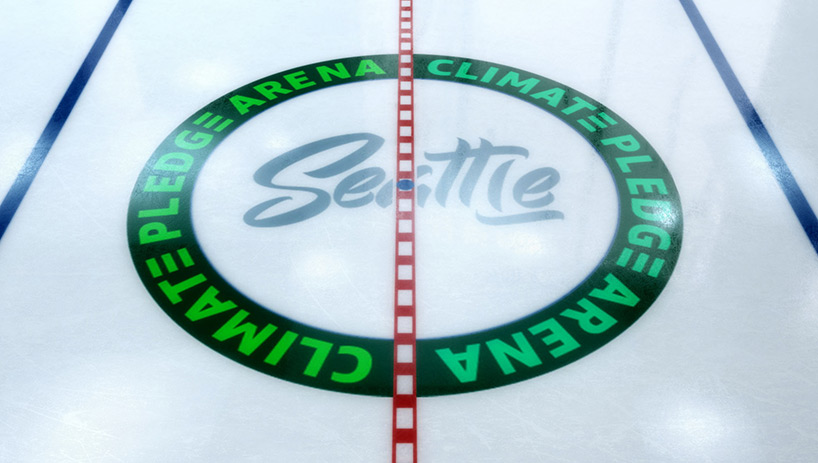 all operations and events at the arena will be ‘zero waste’ with durable and compostable containers. meanwhile, a minimum of 95% of all arena waste will be diverted from landfills on a weight basis. in addition, at least 75% of the arena’s food program will be sourced locally on a seasonal basis to support regional farmers and producers, and all viable unused food from events will be donated to local community food programs. 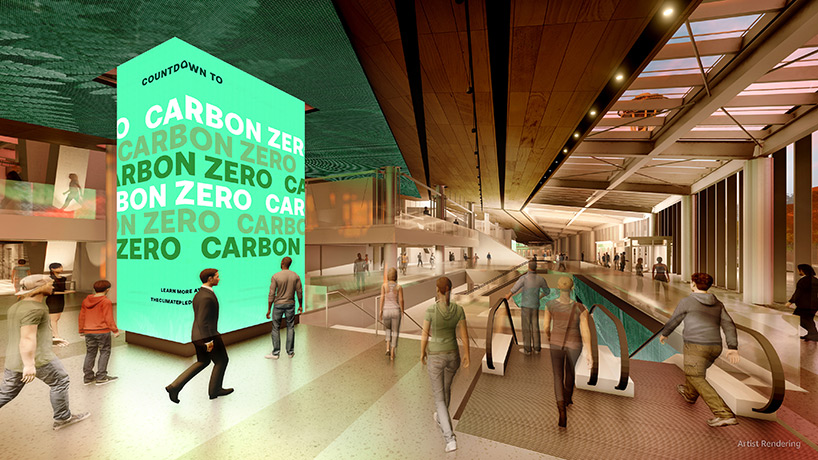 finally, in order to encourage the use of public transportation, NHL and WNBA tickets will double as free public transit passes. amazon says that the project is the first arena in the world targeting net zero carbon certification by the international living future institute (ILFI), a non-profit organization dedicated to advancing sustainable building practices. importantly, carbon emissions and sustainability performance of the arena and all events will be measured and publicly disclosed. read more about the climate pledge here, and stay tuned as construction continues. 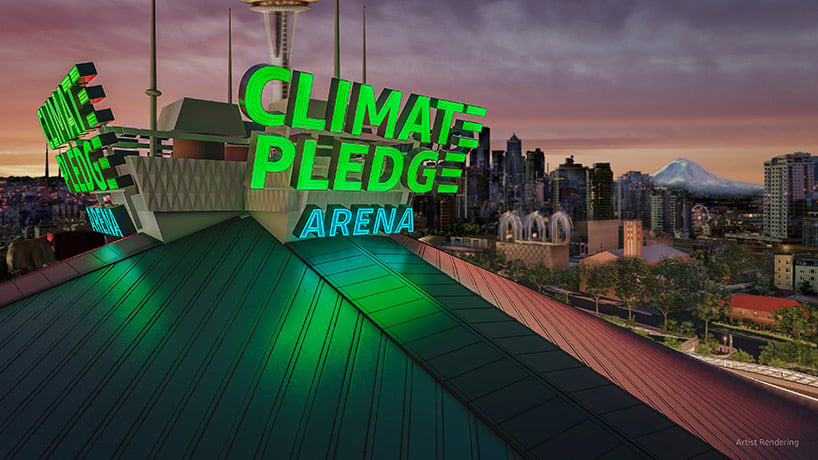