amey kandalgaonkar continues his investigatory series of fictional architecture characterized by its radical relationship with its context. while his ‘house within a rock’ explored an invasive subtractive method of conditioning the landscape’s natural organic geometries, the architect takes a more sensitive approach to the desertous site of the sculptural ‘rock house 3.’ the tangling concrete volume exists as an object within a nearly untouched nature, a concrete mass elevated upon pilotis to leave minimum impact on the desert rocks below. 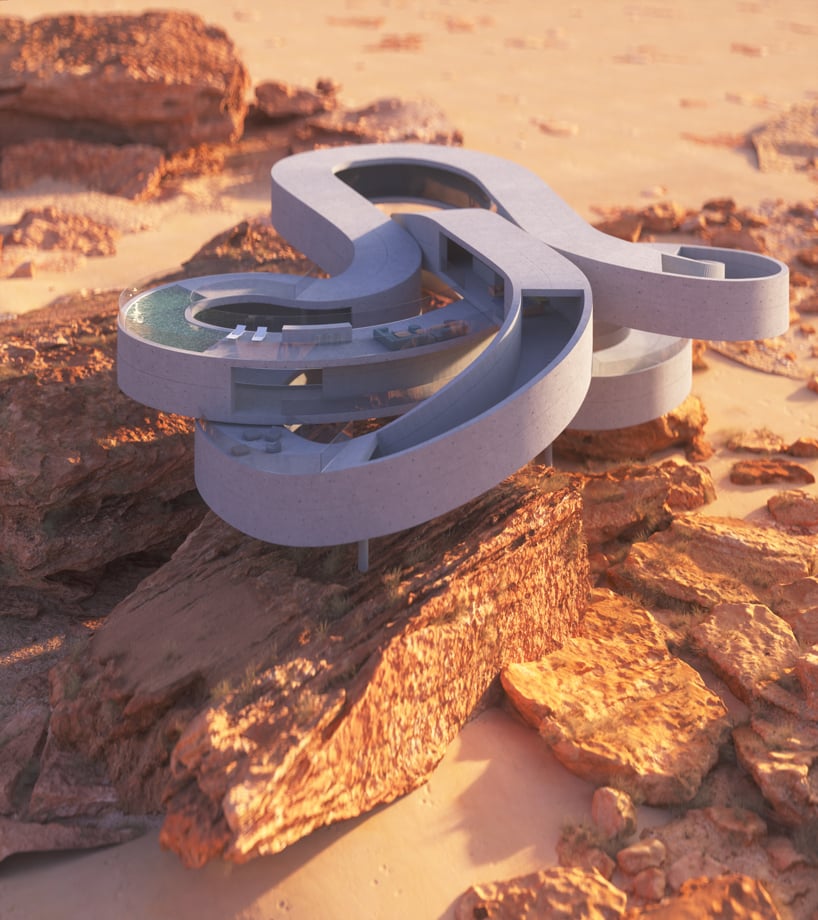 together with its relationship with its natural surroundings, amey kandalgaonkar’s ‘rock house 3’ is characterized by its directional circulatory condition. three ways of understanding organization include those spaces designated for circulation (the corridor and stair), the cloistered room, and the palladian logic of interconnected rooms which must be passed through. the volume of the house, together with its influence from the elevated network of roadways in shanghai, suggests a continuous trajectory uninterrupted by enclosed rooms. this continuous route is split at points of intersection where interiors might open outward onto an adjacent rooftop which would otherwise be passed under. many of these openings face interior courtyards and are not easily perceived when viewed from without, preserving the image of the tangled volume. 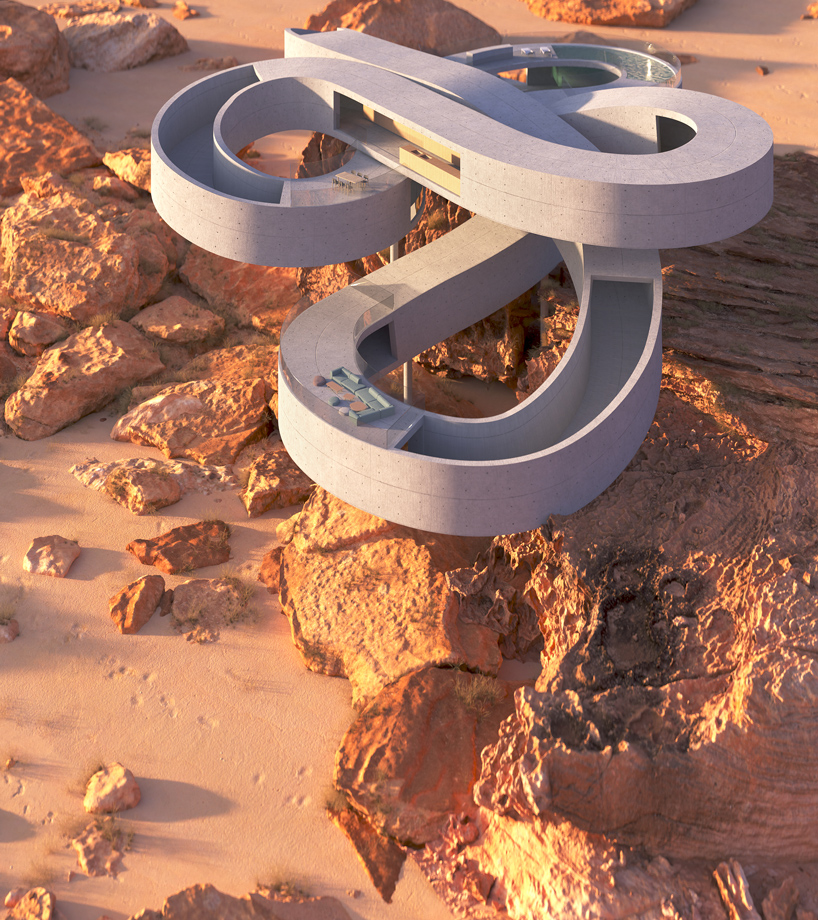 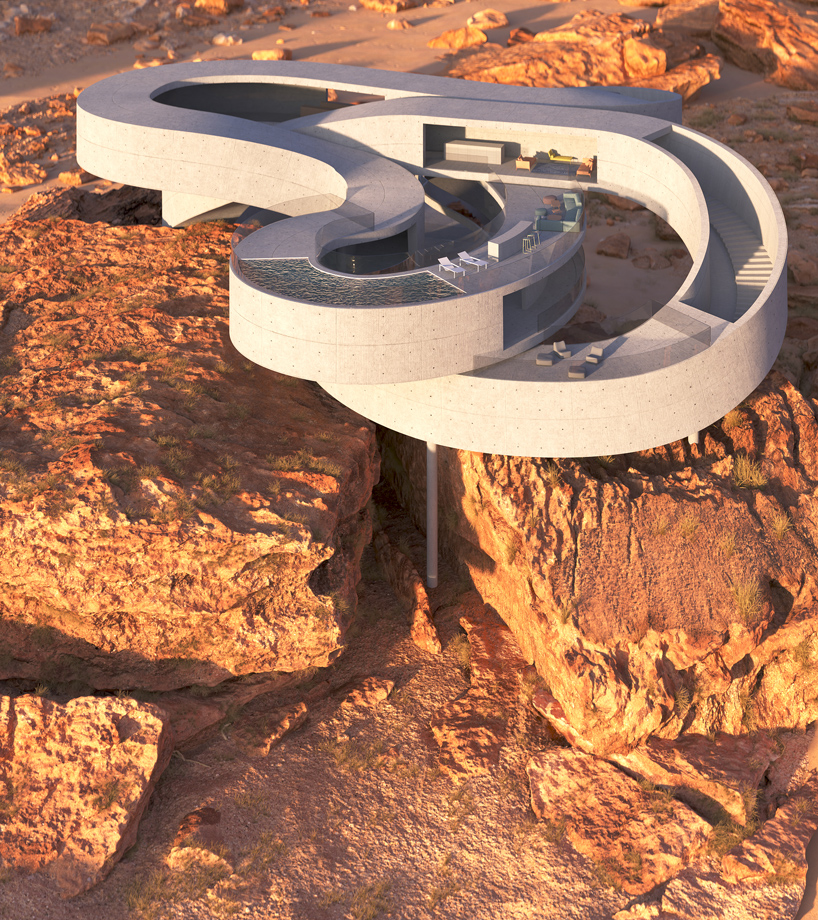 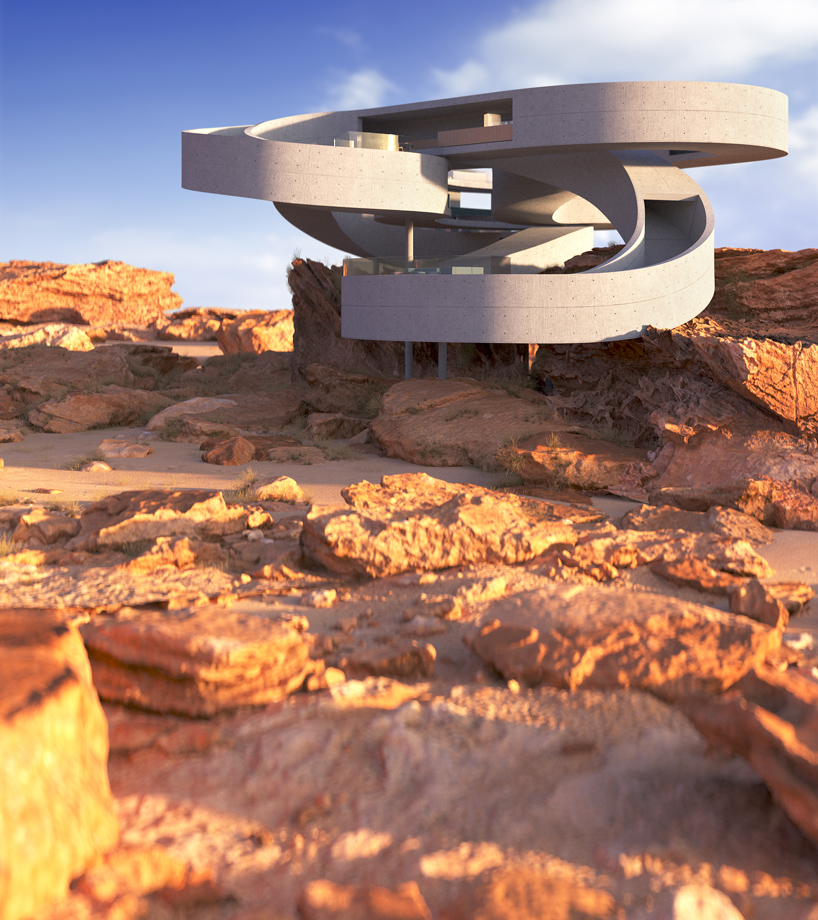 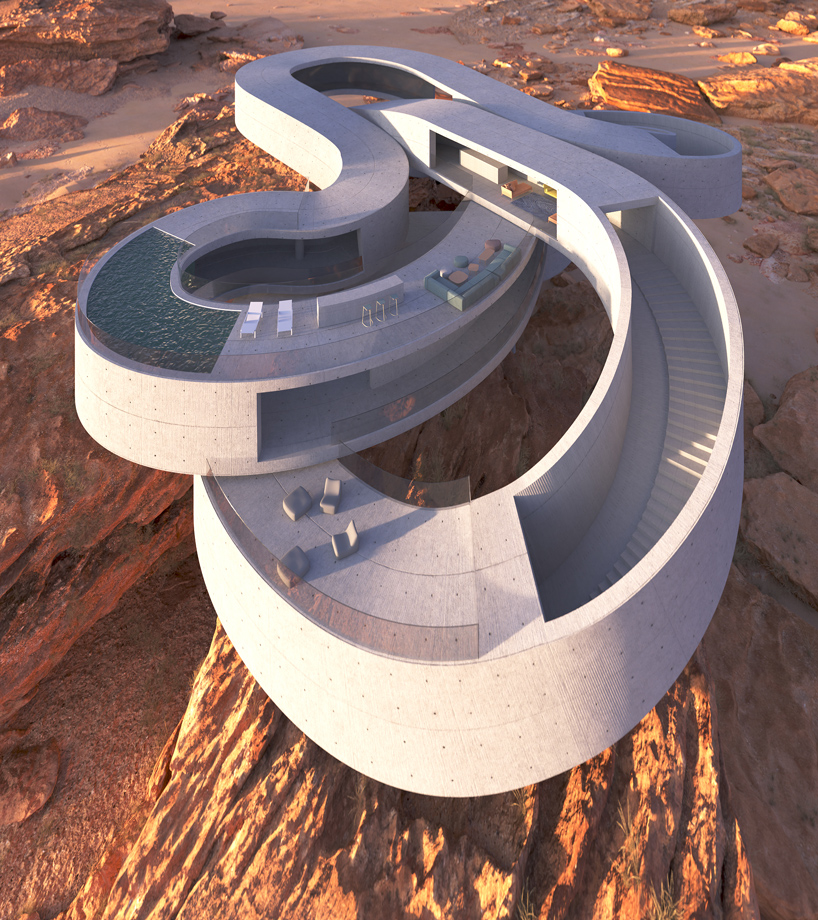 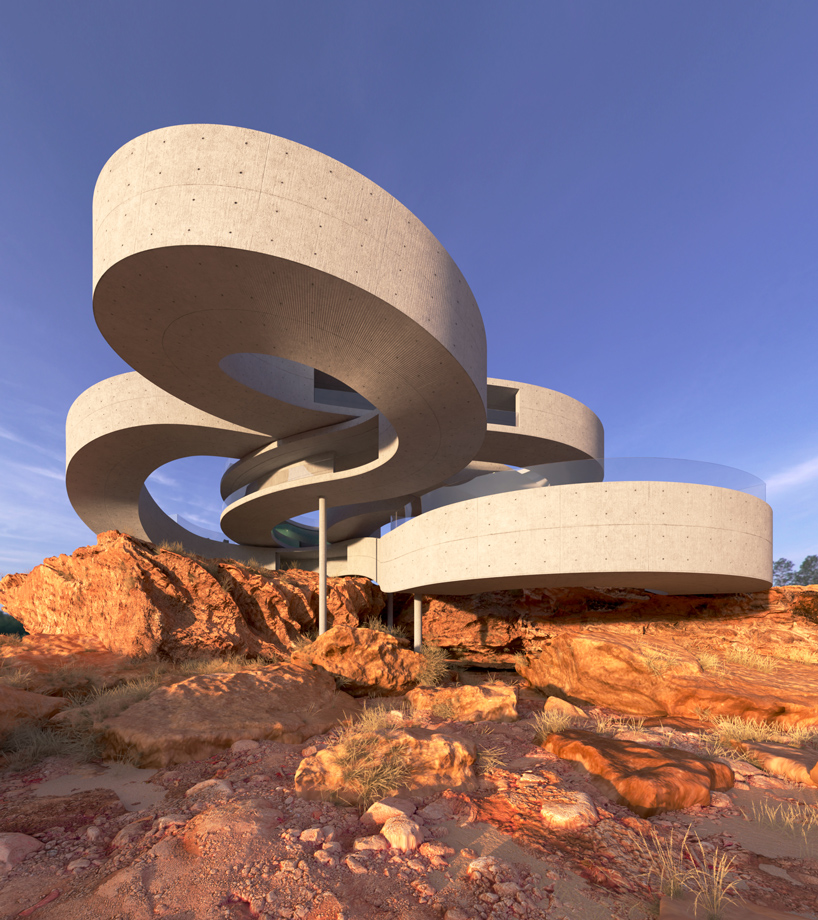 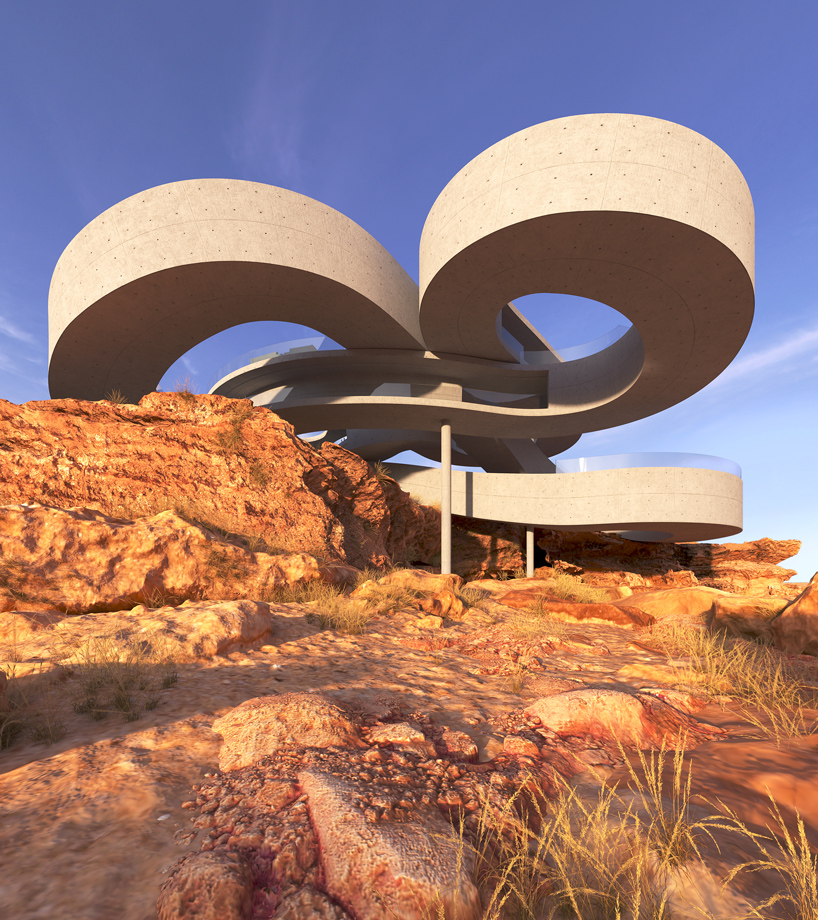 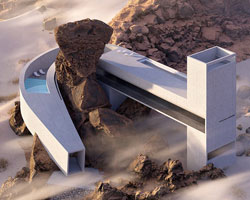 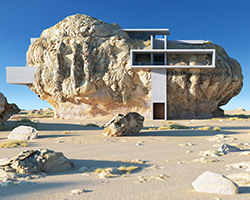 May 13, 2019
'house inside a rock' expresses minimal concrete slabs cutting through organic geometries 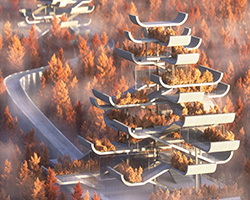 May 03, 2019
the traditional pagoda style is reinterpreted through a modernist lens 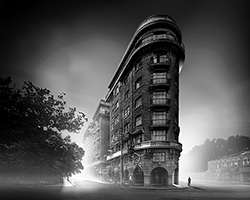