AMO sets the stage for prada‘s 2016 fall/winter show which took place during mens fashion week in milan. set inside the prada groups milan HQ on via fogazzaro, designboom was invited to the presentation, where once again, a scene and a narrative was created to bring out the italian-fashion house’s latest collection. 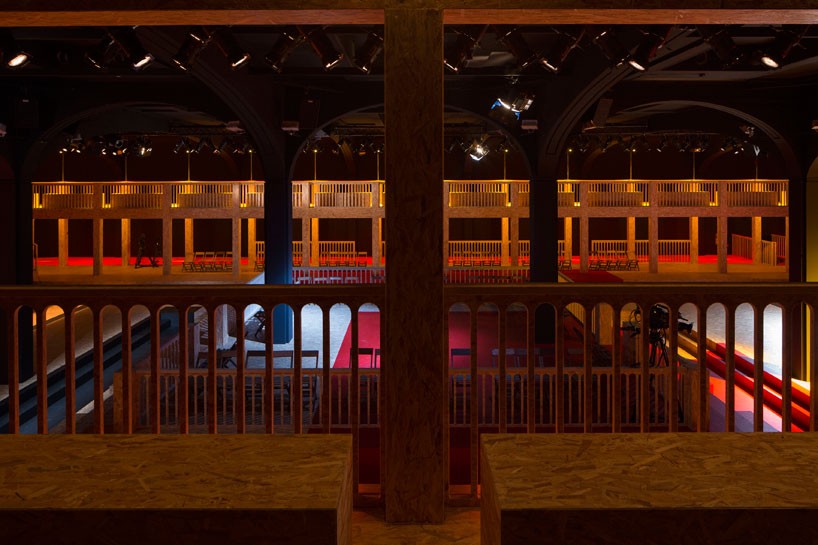 traditional public stages and places of civic ceremonies were the main references that influenced the design. adopting a symmetrical floor plan, a system of balconies and tribunes for the guests wrapped around the runway and a raised platform was inserted into the middle. combining of form, material and dramatic lighting, this resulted in the creation of a theatrical yet enigmatic atmosphere. 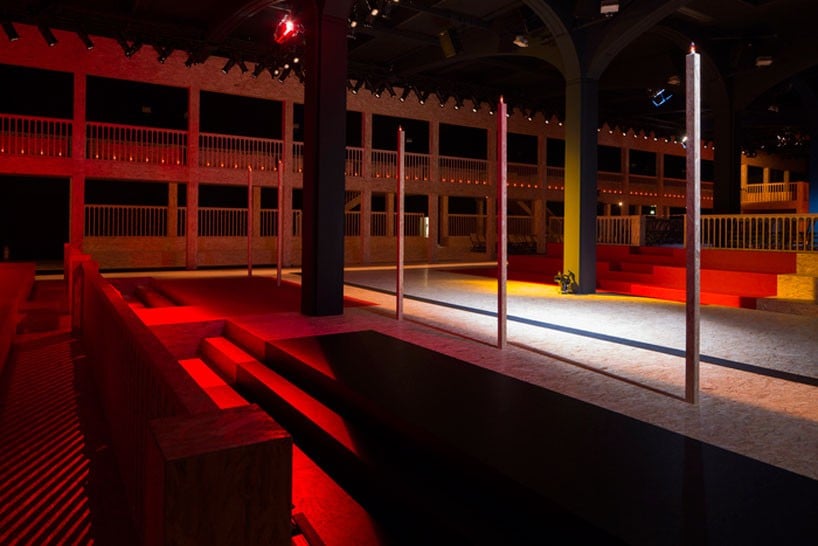 a raised viewing platform is inserted into the middle of the room, dominating the catwalk

the main element of the scheme was the use of OSB wood cladding- providing texture and countering the simplicity of the structures. this assemblage of OSB interventions was used not only in the interior, but began at the entrance, expanding into the surrounding milanese street scape and giving the invited guests a glimpse of what there was to follow. 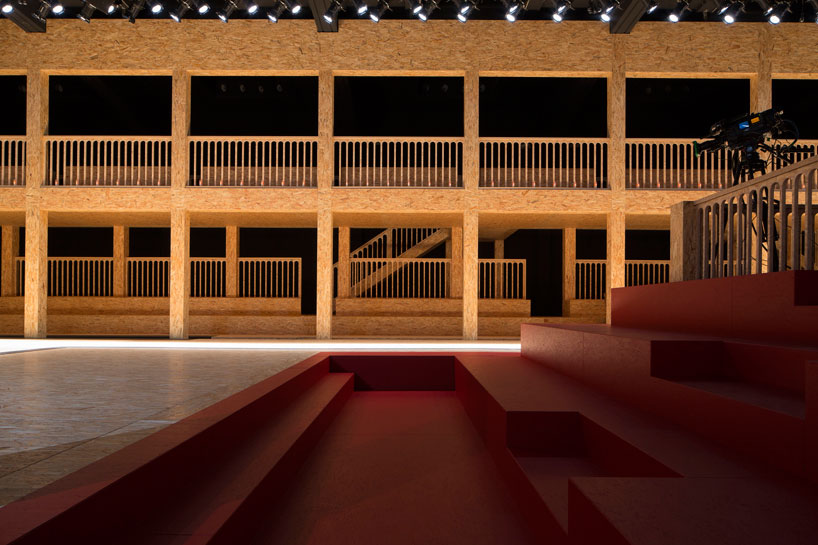 the two-level balcony wrapped around the venue

‘guests gather on the balconies, tribunes and central platform in crowds according to a series of spatial hierarchies. no longer bystanders, they become active participants in the ritual unfolding around them.’ – AMO 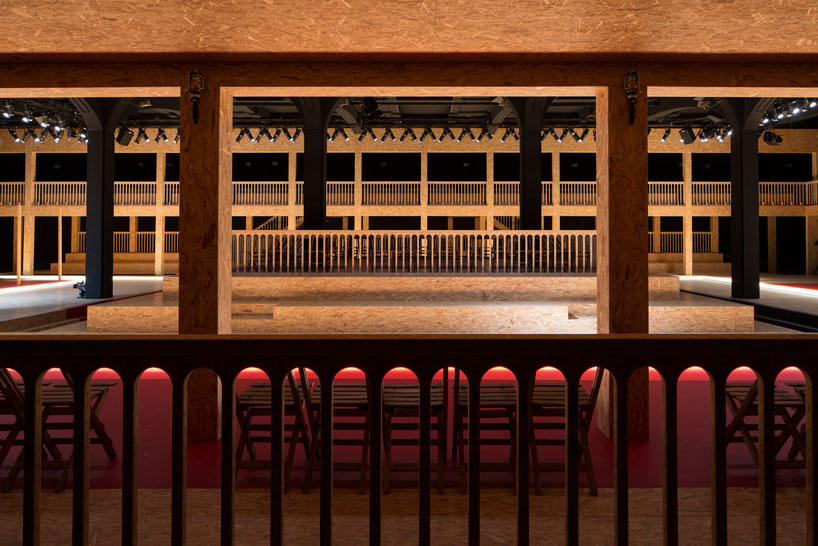 for the show, the spectator became an active participant in the events unfolding in front of them 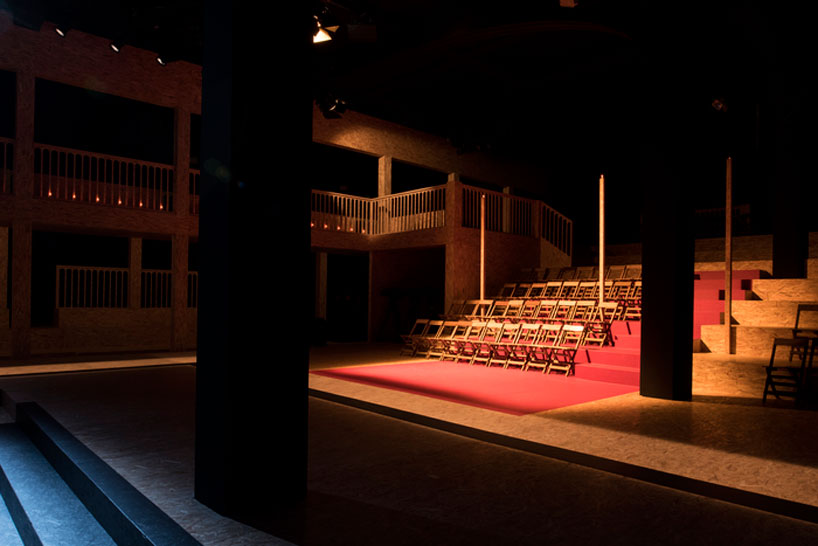 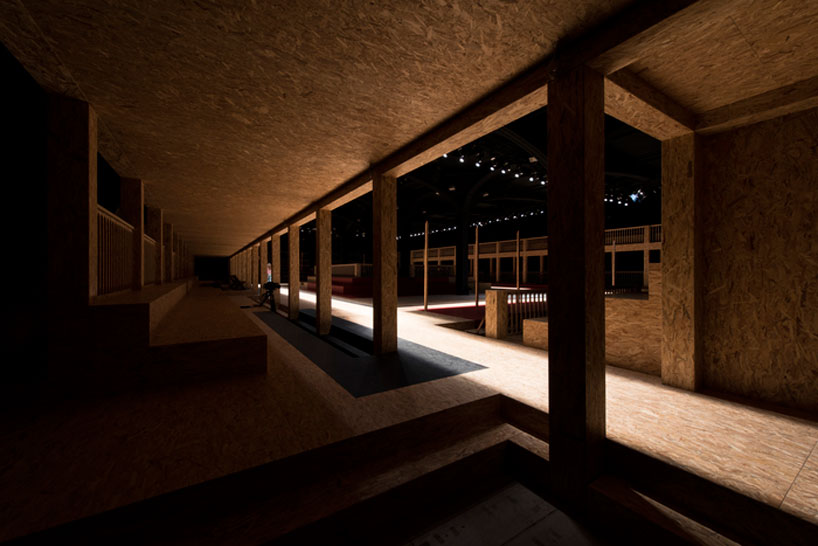 guests gathered on the balconies, tribunes and central platform in crowds according to a series of spatial hierarchies
image © alberto moncada 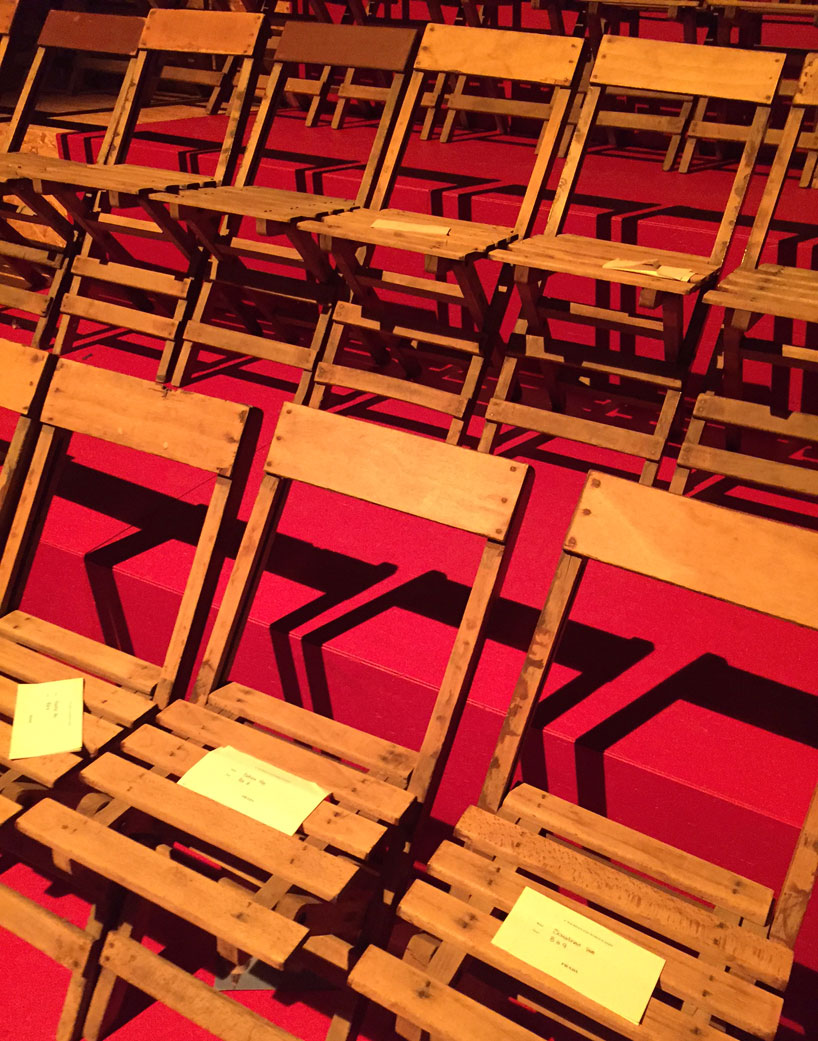 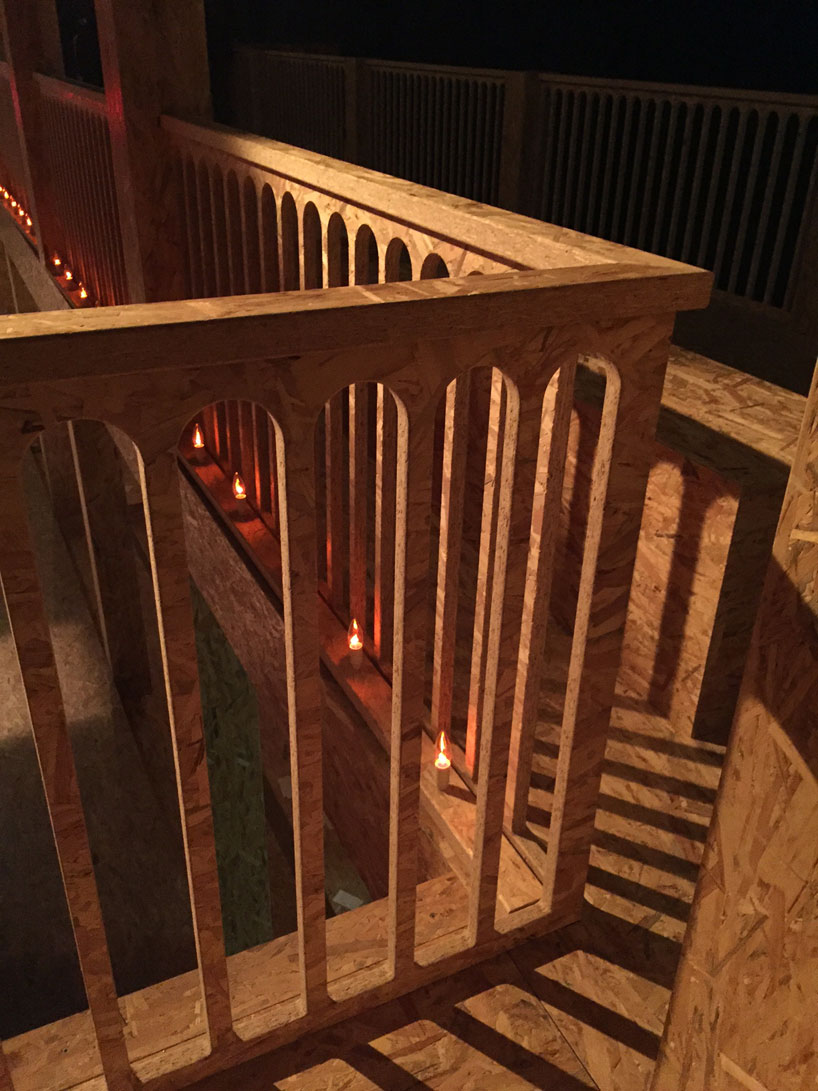 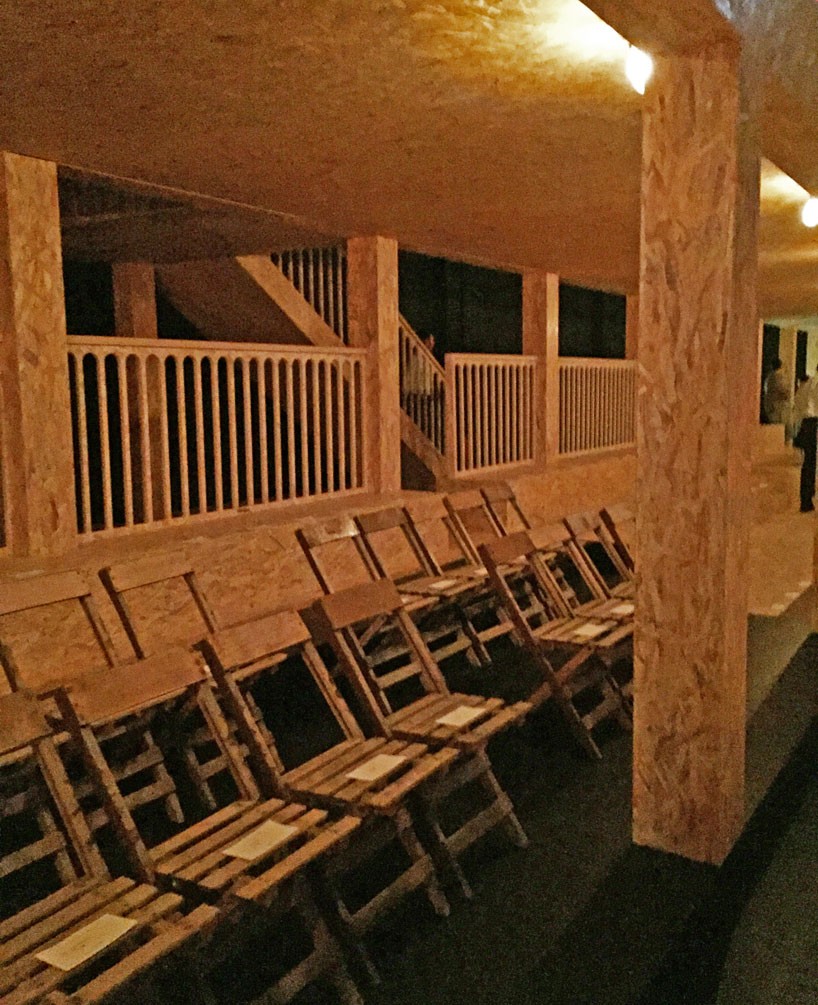 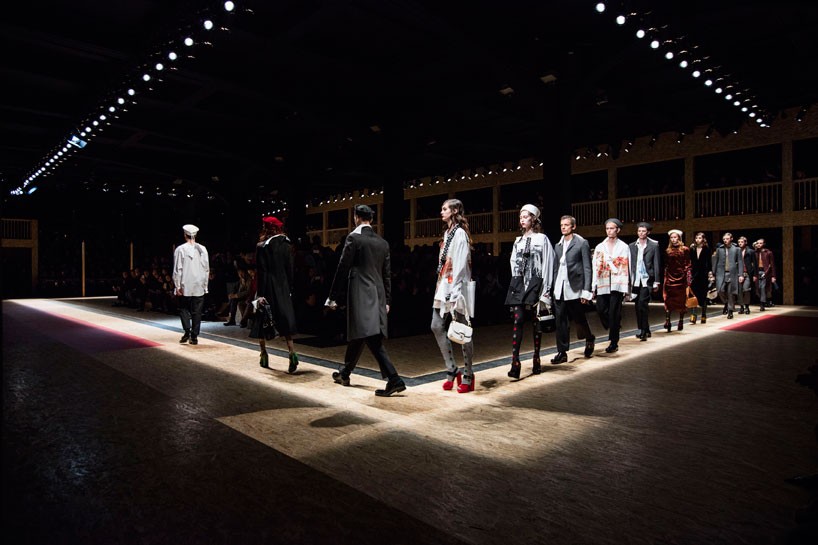 models walking the runway during the show 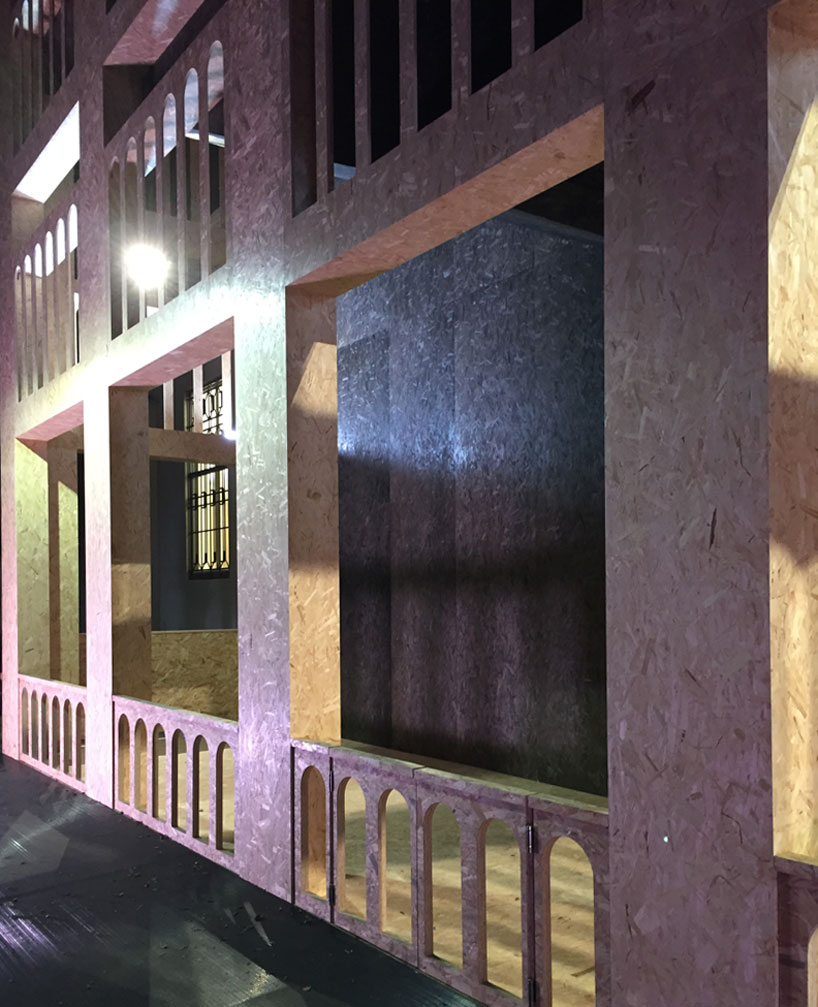 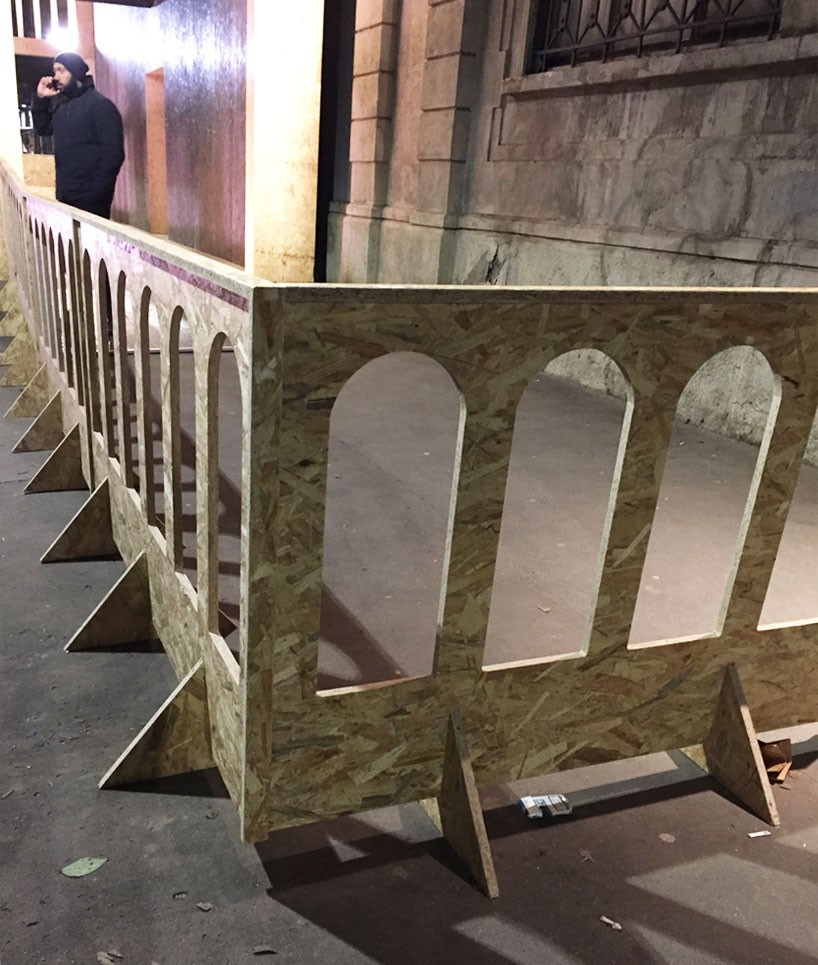 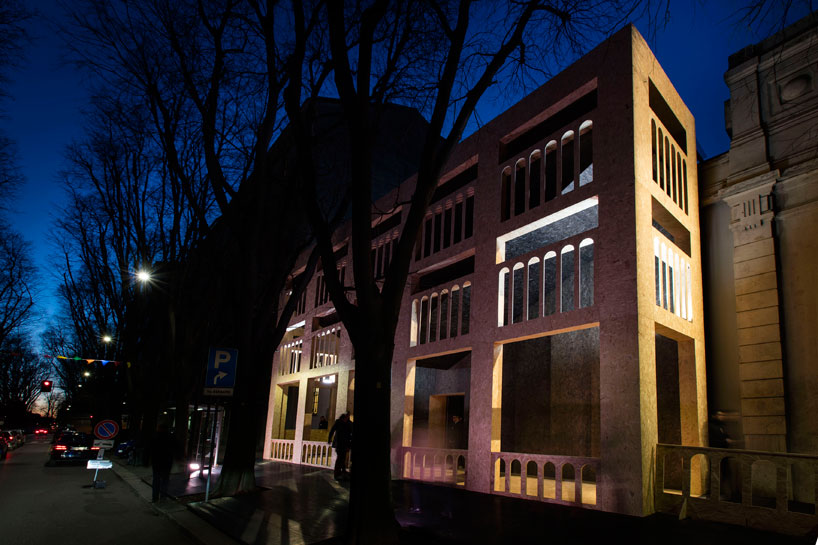 the OSB intervention took over the front façade 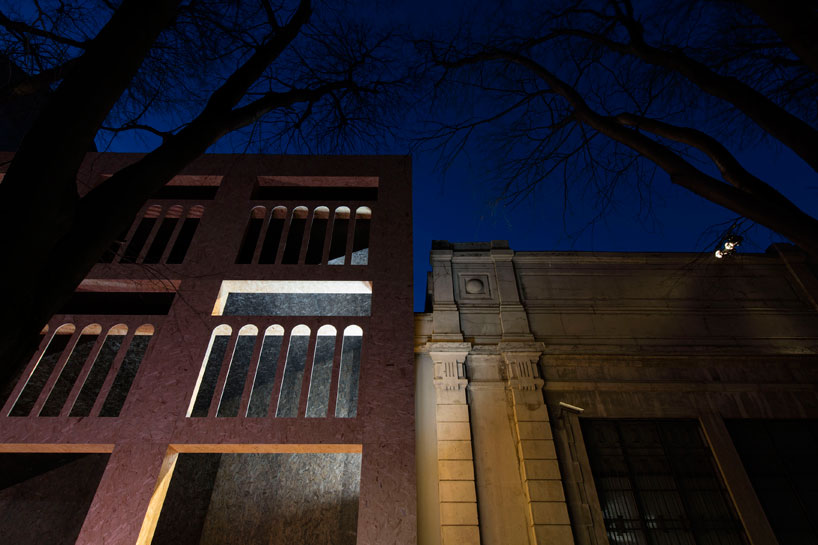 a contrast between the temporary intervention and the traditional milanese building 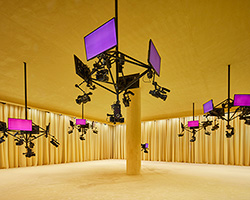