amorphoustudio’s ‘symbiotic towers’ in jumeirah gardens, dubai consists of a residential, a hotel, and an office tower, connected on the ground level by a double-deck pedestrian shopping plaza. the connecting plaza creates two environments that can be used throughout the different seasons. the first environment, the lower deck, is a lavish green semi-shaded oasis level that is packed with trees and water to provide gathering zones for people during the hot summer season. it is located on the natural landscape level to be accessible to pedestrians from all sides. 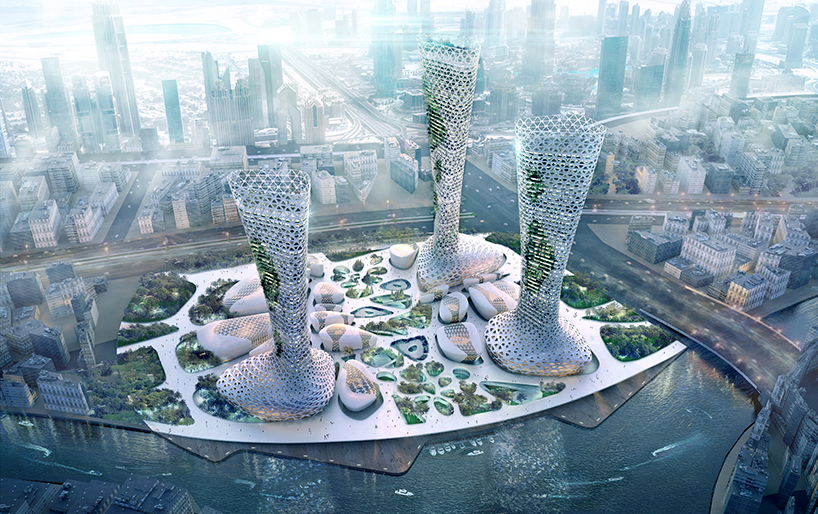 the second environment in sydney based practice amorphoustudio‘s development is a stretched voronoi perforated deck that gently ramps up from both ends of the site to form an elevated upper plaza that is simultaneously connected with the lower level oasis via many ramps. this plaza is partially shaded by trees extending through the voronoi openings. also, photovoltaic umbrellas have been placed on tree-like structures in some of these openings. they collect the sun energy and convert it into power to feed the cross-ventilation system of the oasis level. this treatment, along with the shading provided by the upper deck level and the dense plantation, create a micro-climatic habitable environment that can be used during the hottest seasons in dubai. 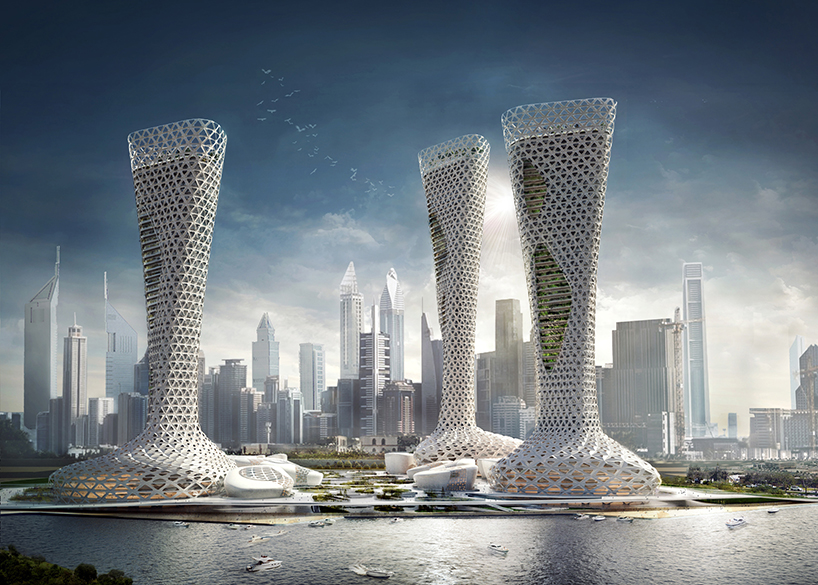 canal view of the symbiotic towers

the towers’ geometry and skins were developed in response to dubai’s climatic conditions. radiation data of the hottest season in this region — may-october — were mapped into the geometry and used to shape the form and orientation of each tower. the buildings’ geometry taper and twist so as to reduce the surface area that is exposed to high radiation. these data were also re-mapped to generate parametric gradient balconies depth and skin openings. the apartments that are exposed to high radiation will have deeper balconies and smaller skin openings; while the apartments that are exposed to less radiation will have shallower balconies and larger skin openings. 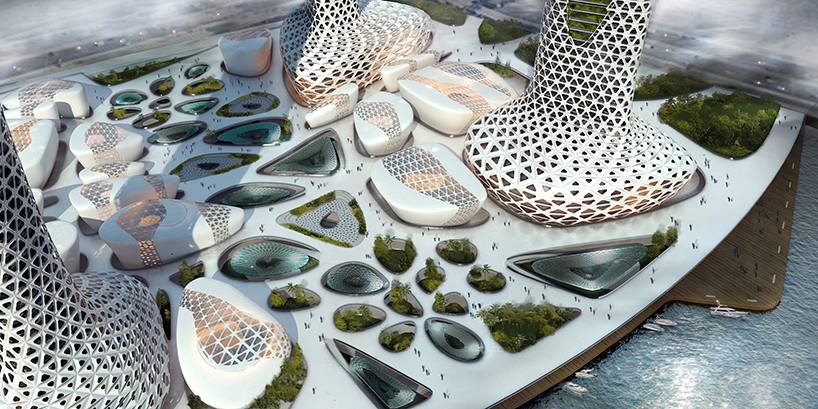 internally, the lobby space of these towers soars up; creating a transparent atrium void that unites the floors, while allowing pattern of sunlight inside. this treatment creates a dramatic effect as it blends the shadow of the pattern of the external skin with the interior pattern of the lobby and the rooms inside. 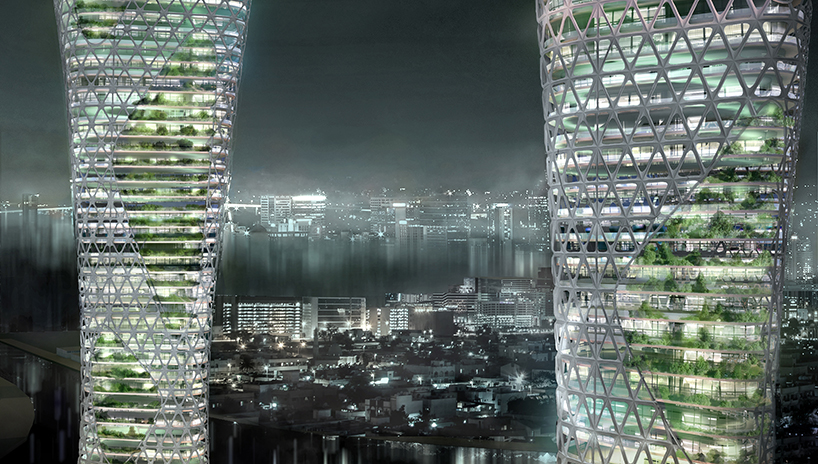 view from the towers towards the canal

the proposal’s innovative conceptual approach in mapping contextual environmental data to inform forms, plaza, and skin generation was a key aspect of this development. this sustainable design technique aims to minimize sun exposure and to provide a comfortable shaded environment inside. as a result, it reduces the reliance on the prevailing air-conditioning system, and creates a symbiosis between the architecture and the natural environment of dubai. 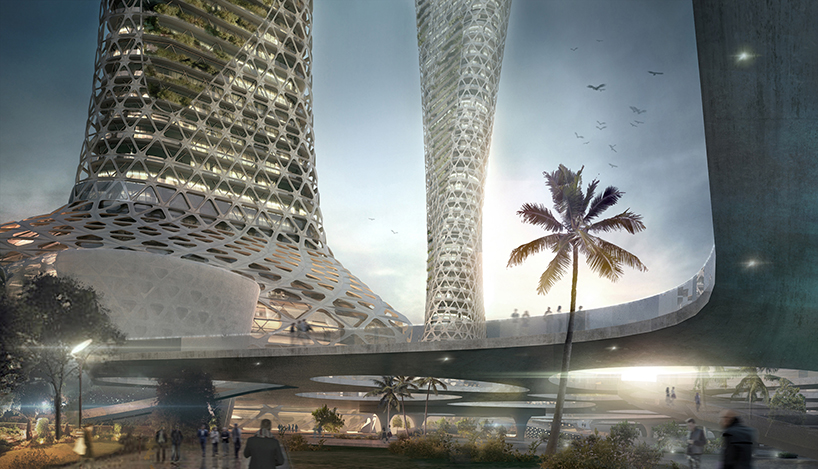 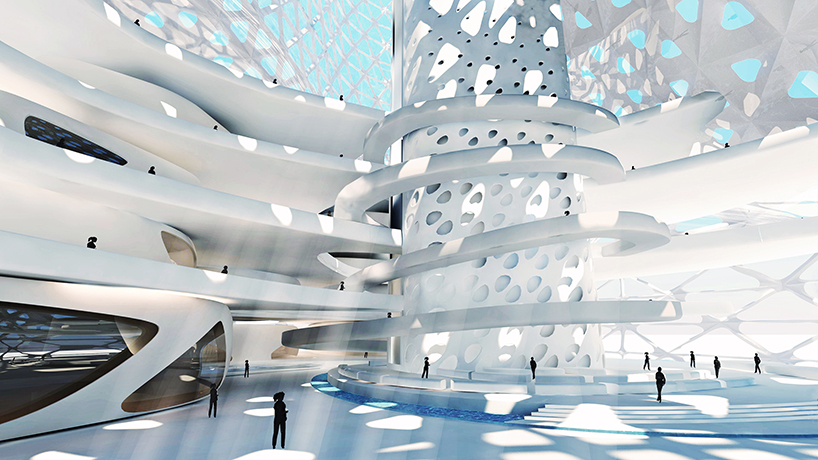 interior view of the hotel lobby 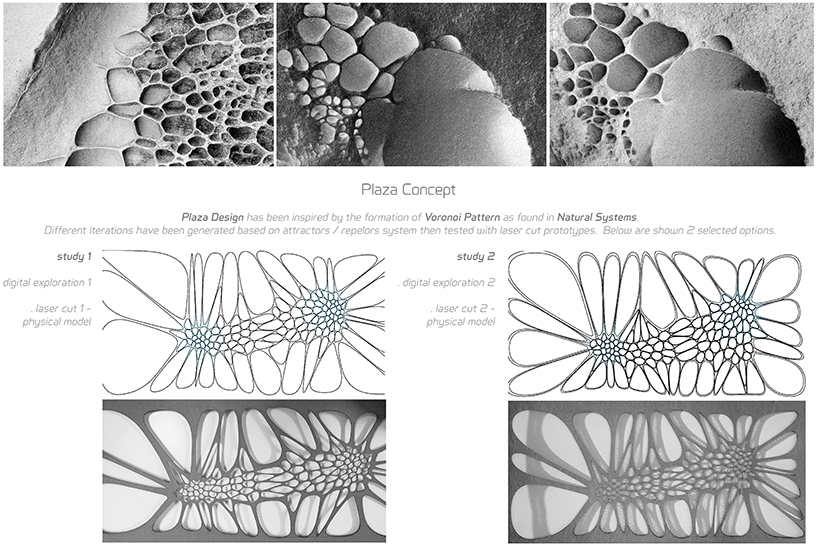 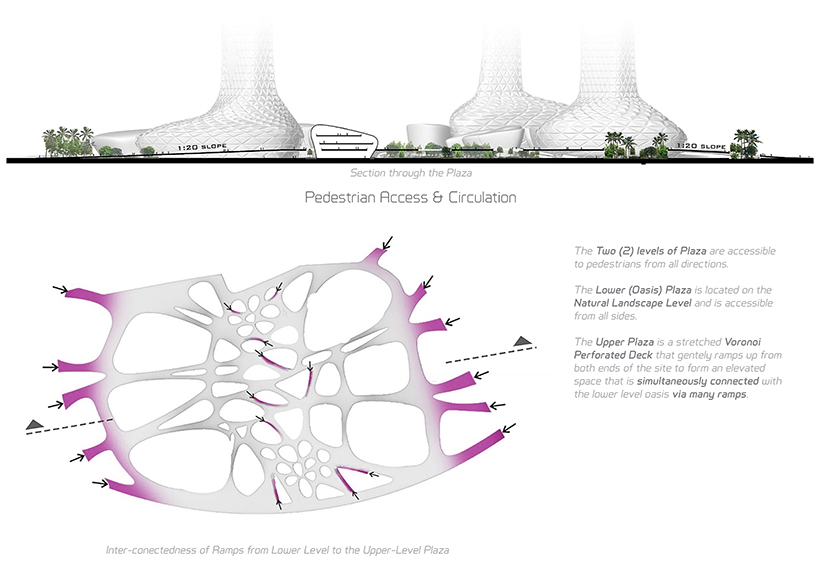 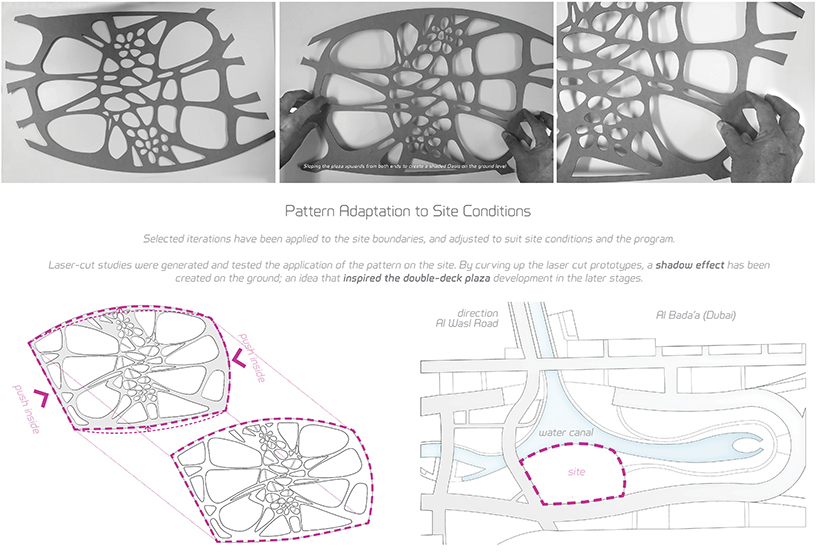 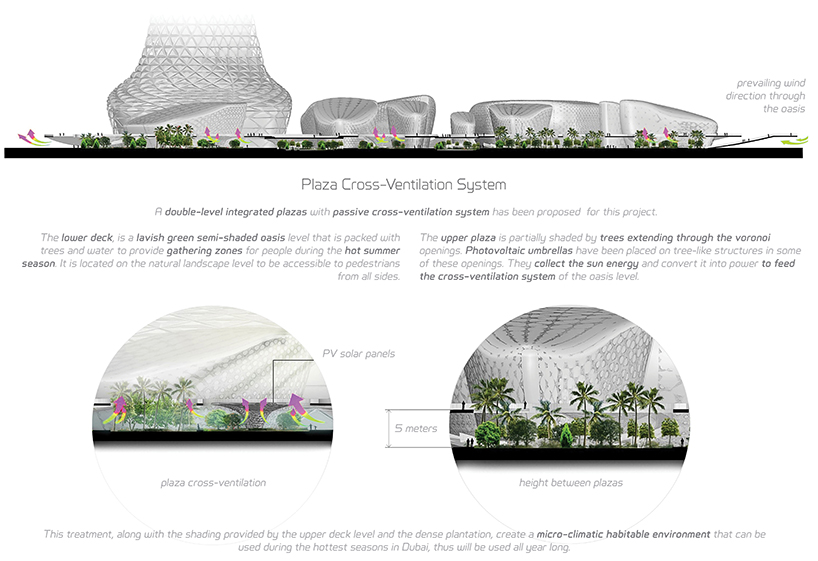 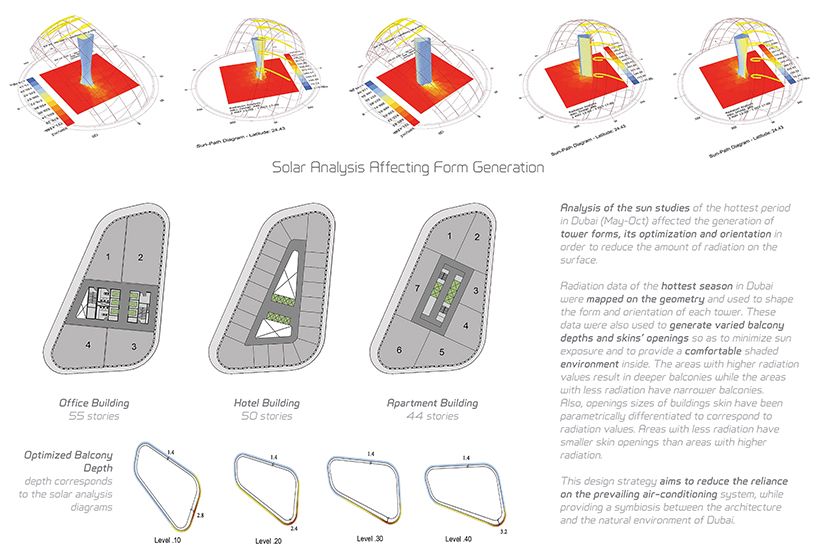 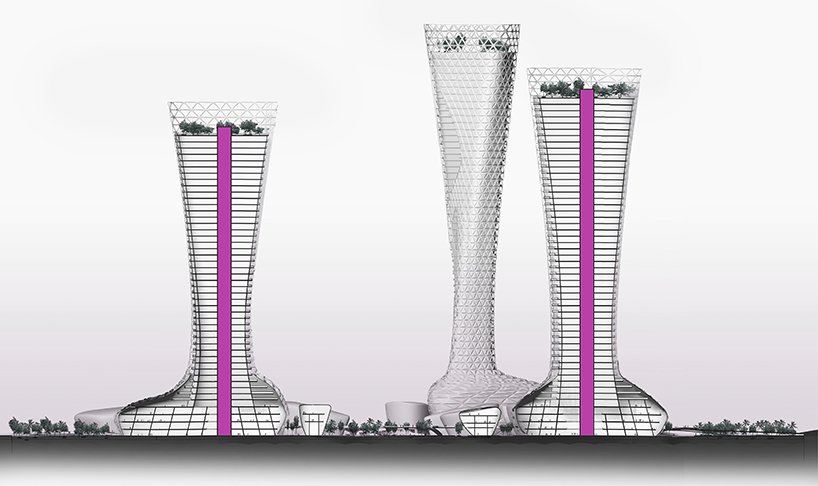 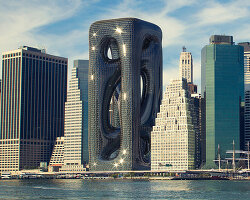 Jan 24, 2021
mold architects embeds nCAVED house into the island cliffs of greece
the dwelling exists without an exterior form, but as a series of occupiable volumes subtracted from the earth.
architecture
+3.1K shares
connections: +2980