The ancient Romans were widely known for their engineering achievements, their extensive network of roads, aqueducts, harbors, and massive buildings, the remains of which are intact up until today. Many of these famous structures were built of concrete: The Pantheon in Rome, built around 126-128 AD, is the largest unreinforced concrete dome in the world and is still unchanged. Many other ancient Roman structures have also stood the test of time in different climates, earthquake zones, and even direct contact with seawater. However, many modern concrete counterparts have collapsed after only a few decades, leading scientists around the world to wonder what makes this ancient building material so strong.

An international group of researchers led by the Massachusetts Institute of Technology (MIT) has shed light on this mystery by making significant advances in understanding the components of the extremely durable concrete and discovering a previously overlooked self-healing ability. 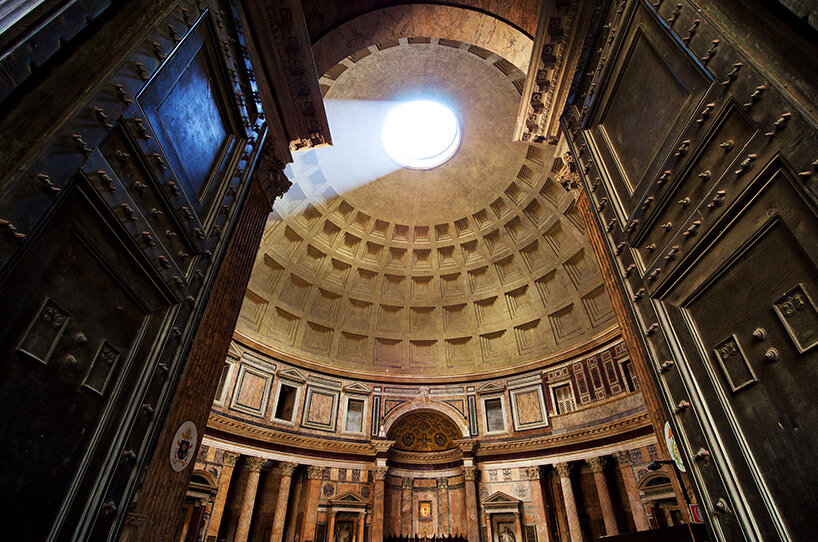 For a long time, researchers thought that the durability of ancient concrete was due to one ingredient: pozzolanic material, originating from the Pozzuoli area of Naples. Upon closer inspection, the study team, led by MIT, and including researchers from the United States, Italy and Switzerland, found that these ancient samples also contained small white chunks called ‘lime clasts’, long known to be a ubiquitous component of Roman concrete. ‘Ever since I first began working with ancient Roman concrete, I’ve always been fascinated by these features,’ says MIT professor of civil and environmental engineering Admir Masic. ‘These are not found in modern concrete formulations, so why are they present in these ancient materials?’


Previously, the white lumps had been overlooked as evidence of messy mixing practices or low-quality raw materials. However, the new study suggests that these tiny lumps are what gave the concrete a self-healing ability.‘The idea that the presence of these lime clasts was simply attributed to low-quality control always bothered me,’ shares Masic. ‘If the Romans put so much effort into making an outstanding construction material, following all of the detailed recipes that had been optimized over the course of many centuries, why would they put so little effort into ensuring the production of a well-mixed final product? There has to be more to this story.’ 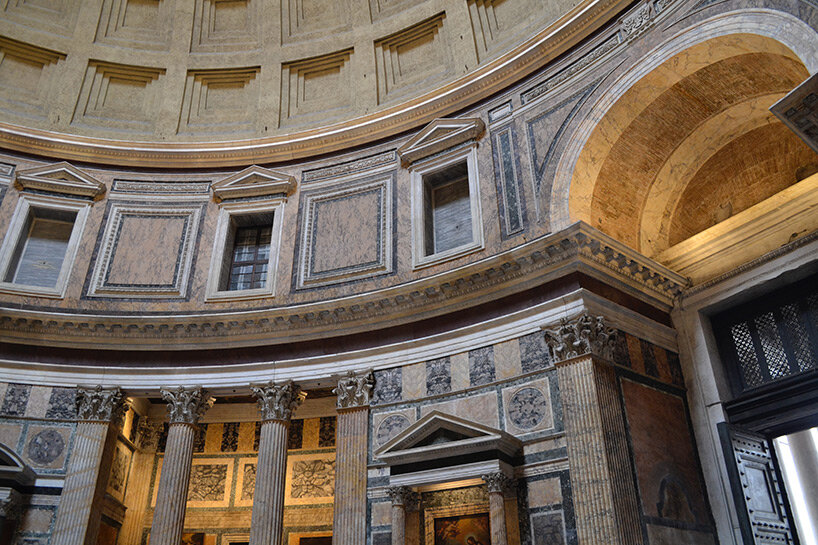 image by Julie on Unsplash

the process of ‘hot mixing’

As the study proceeded, Masic wondered ‘Was it possible that the Romans might have actually directly used lime in its more reactive form, known as quicklime?’ When he and his team analyzed the samples of this ancient concrete, they discovered that the white inclusions were composed of various forms of calcium carbonate. Based on the team’s spectroscopic examination, it seems like Roman concrete was probably made by mixing the calcium carbonate with the pozzolanic material and water at very high temperatures, a process called ‘hot mixing’. The team had now concluded that ‘hot mixing’ was the key to the concrete’s super-strong nature.

During this process, the lumps of lime develop a characteristic brittle nanoparticulate architecture that creates a readily fragile and reactive calcium source that could have a crucial self-healing function, according to the study. When tiny cracks form in the concrete, they travel to the calcium spheres, which have a larger surface area than other particles. This material can then react with water to form a calcium-rich solution that can dry and harden, quickly closing the crack. Alternatively, it can react with pozzolanic materials to further strengthen the composite. These reactions occur spontaneously and therefore automatically heal the cracks before they propagate.‘It’s exciting to think about how these more durable concrete formulations could expand not only the service life of these materials, but also how it could improve the durability of 3D-printed concrete formulations,’ says Masic. 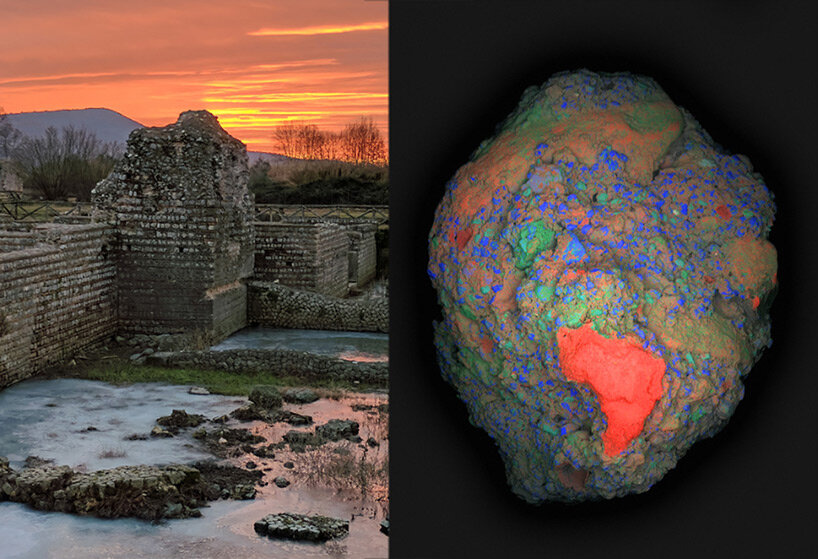