located on an irregular diamond shaped lot in the hills of buenos aires, the ‘casa acassuso’ by argentinian studio andrés remy arquitectos forms a strong dialogue with its green surroundings. the concrete house is orientated to dissolve into the landscape, playfully interacting with water and nature elements. the 1200m2 volume is formed around a v-shaped plan that connects its various functions through transparent bridges – offering a constant language between the inside and outside world. the house is spread across three levels, with a basement formed under the street level that contains a playroom, informal dining and spa area. the main social spaces are located on an elevated first floor, and the more private rooms are inserted above. 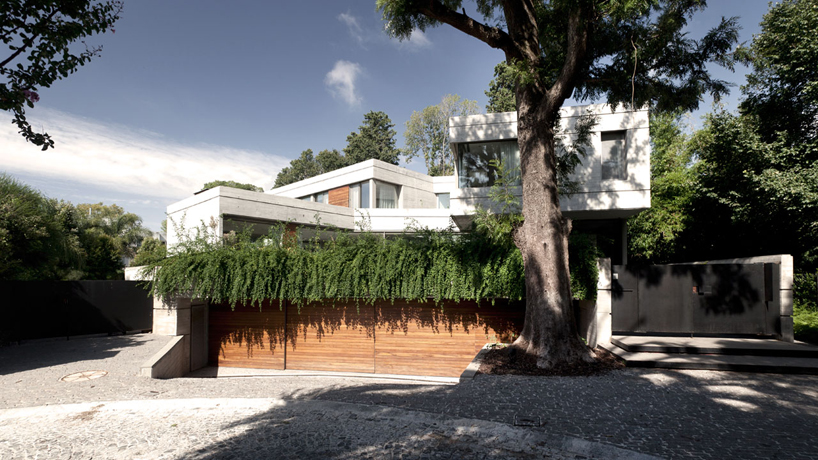 a stone path leads one to the entrance, ending abruptly at a risen pond. the water overflows down to the basement, cascading down a rusted metal sheet that is framed with green plants. the water behaves as a connecting element, joining the different levels of the house. a series of voids and openings visually bring these aspects together, while the formation of green terraces overlooking the river helps to form a union between the nature and concrete. 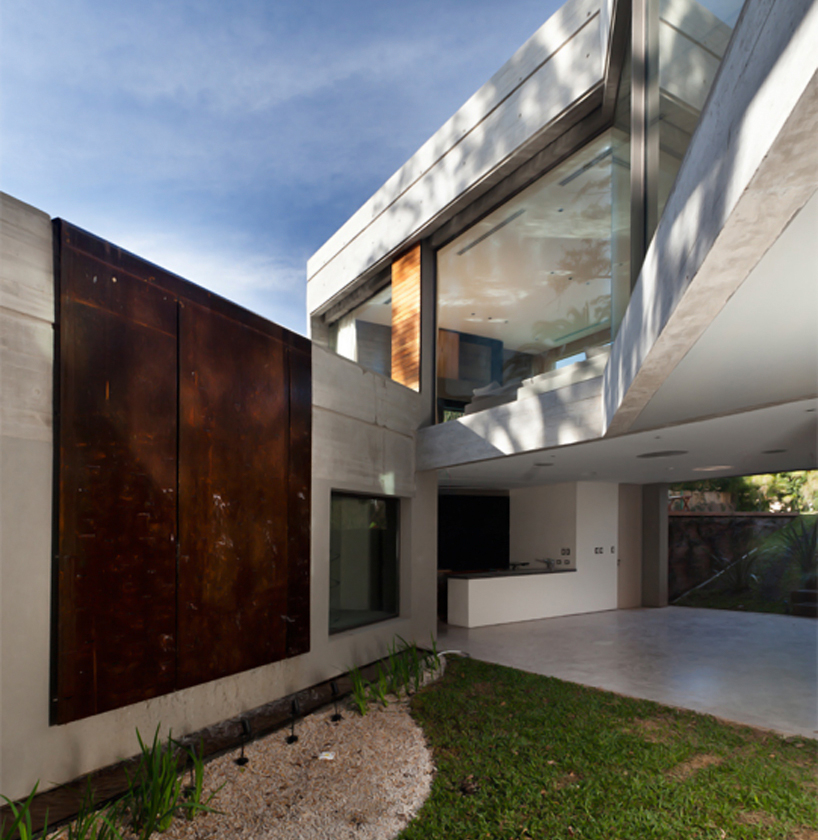 a metal wall connects the lower level with the pond 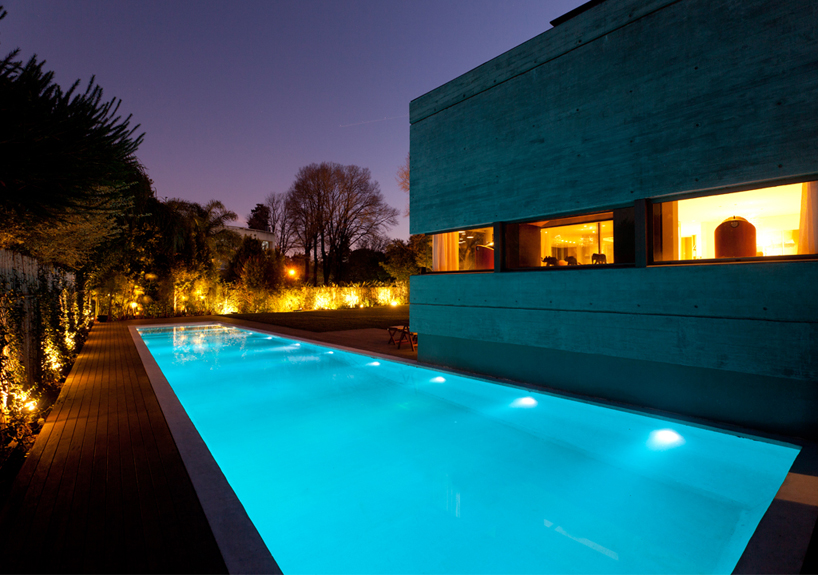 the swimming pool is illuminated at night 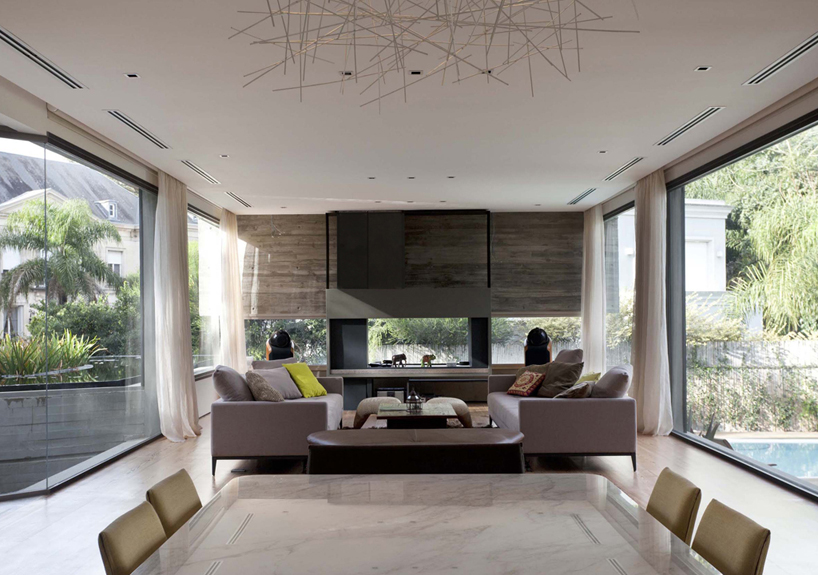 view of the living room 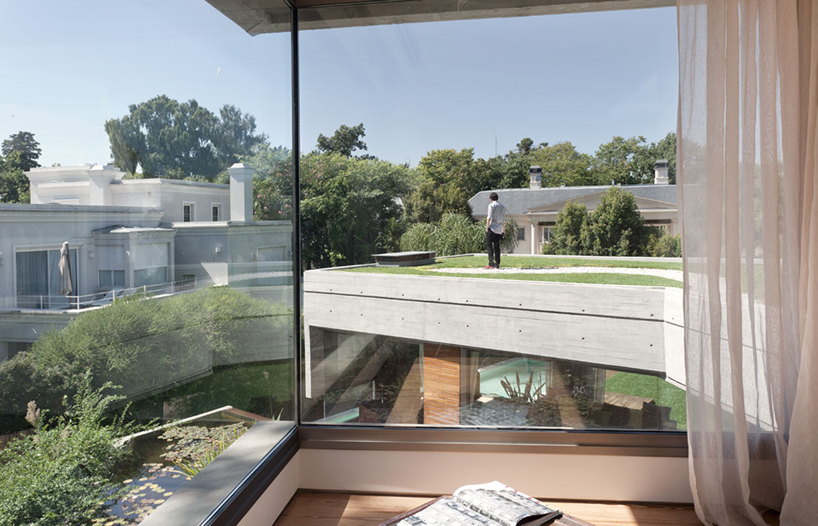 view from the master suite

view of the house hidden between the trees 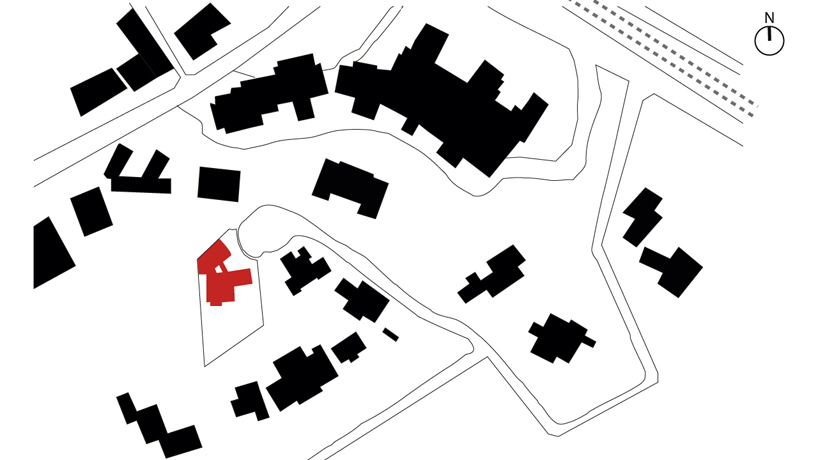 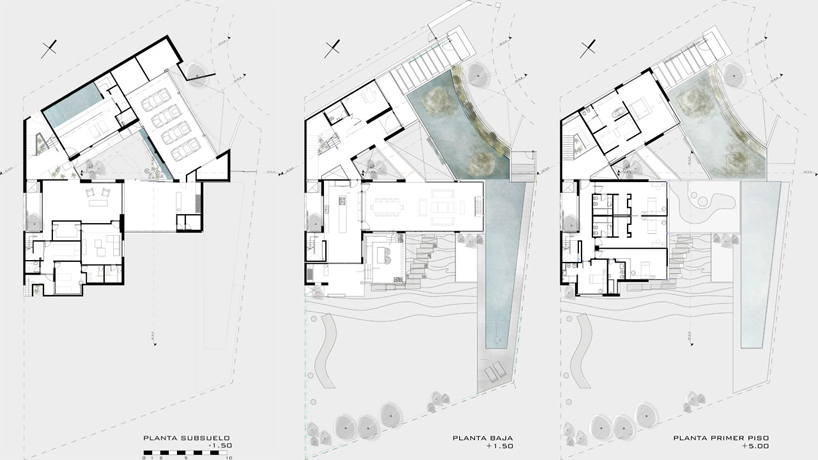