andrew simpson architects have completed the refurbishment and conversion of a 19th century warehouse in the melbourne suburb of fitzroy. named the ‘water factory’, the industrial building holds an important heritage and previously housed businesses including a jam factory, aerated water factory, advertising agency and engineering consultancy. 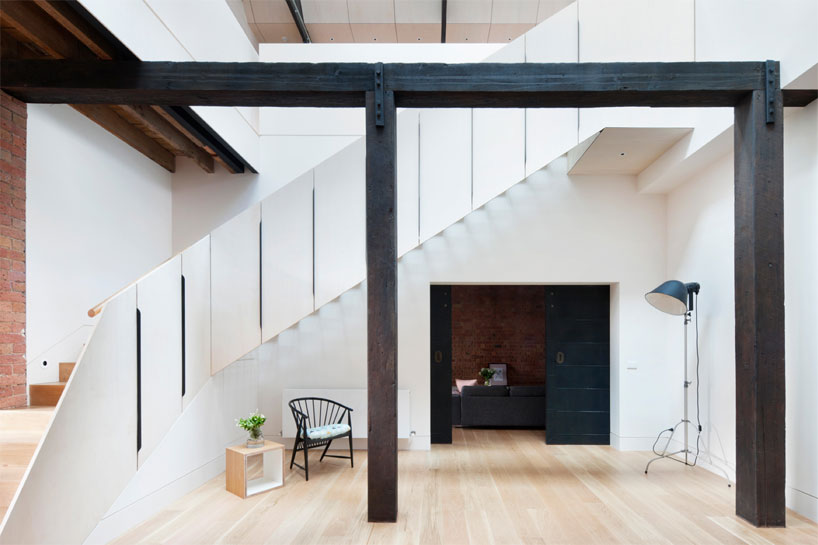 for this residential conversion, the architects explored the issues of an extended family dwelling, spatial flexibility, and adaptive reuse. little was changed on the exterior due to its heritage constraints but the resulting interiors embody a sensitive combination of old and new. the design is conceived as a collection of houses contained within the broader envelope of the building. additionally, on the ground floor the spatial plan was subdivided into two and internally connected to create two side-by-side dwellings with separate entrances for different members of the family. 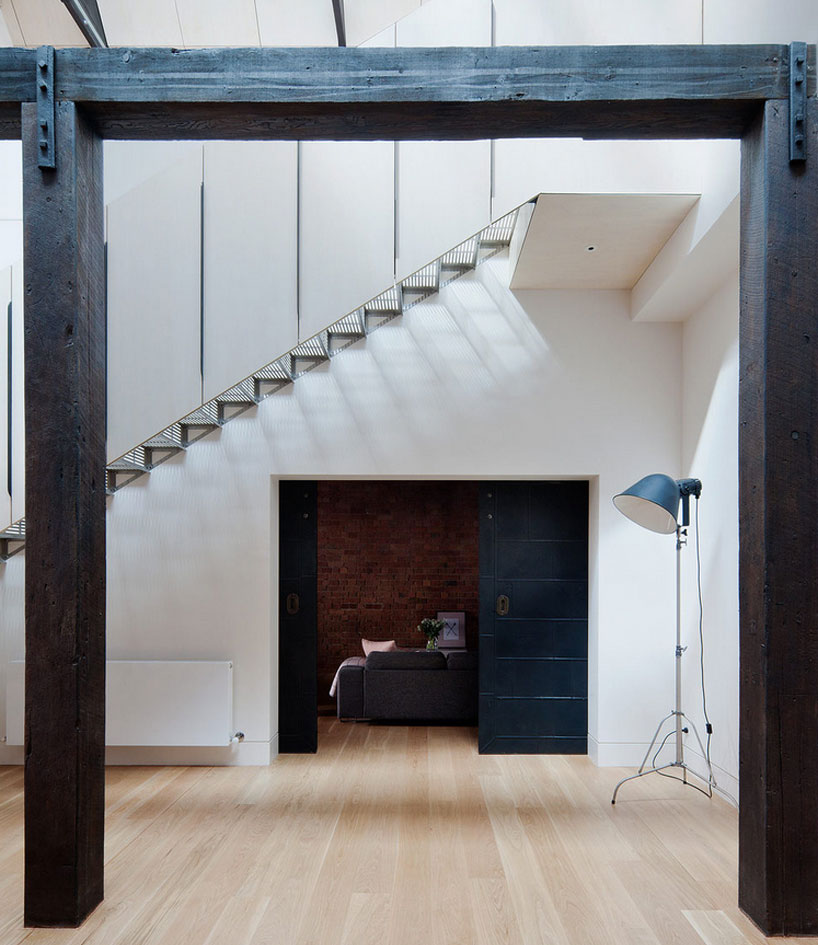 introducing natural light into the deep footprint was achieved by a series of operable skylights on the north and south-facing roof pitches. a large void connecting the ground and first floor strategically positioned to take advantage of this amenity. additionally, to allow for the home to be versatile and address the different needs of the family members,the bedroom, bathroom and laundry spaces have been distinguished by a series of operable and sliding panels. ‘what are conventionally regarded as cellular and isolated spaces within a house are imbued with a sense that they are provisional areas that can form part of the open plan or be used for more private purposes.’ comments the design team. 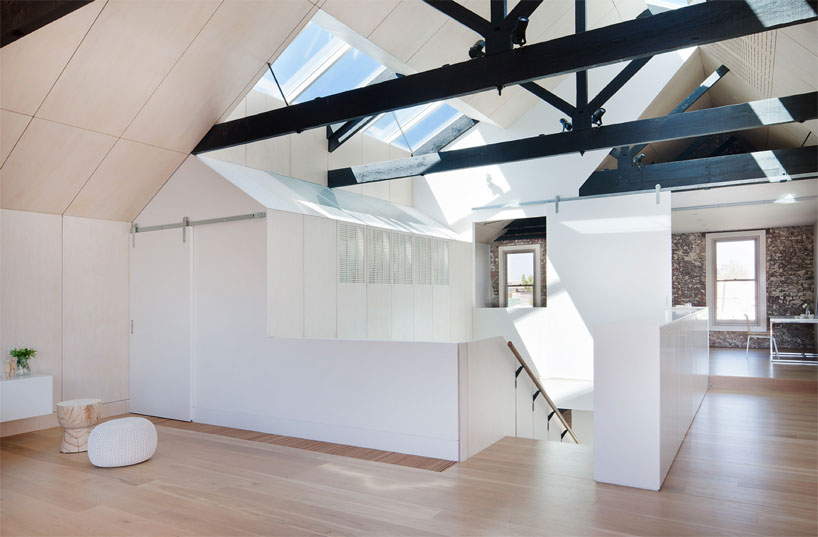 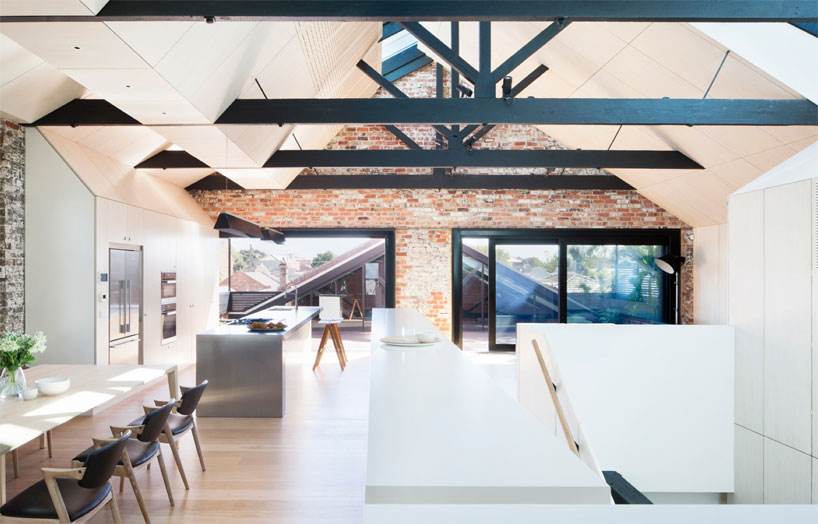 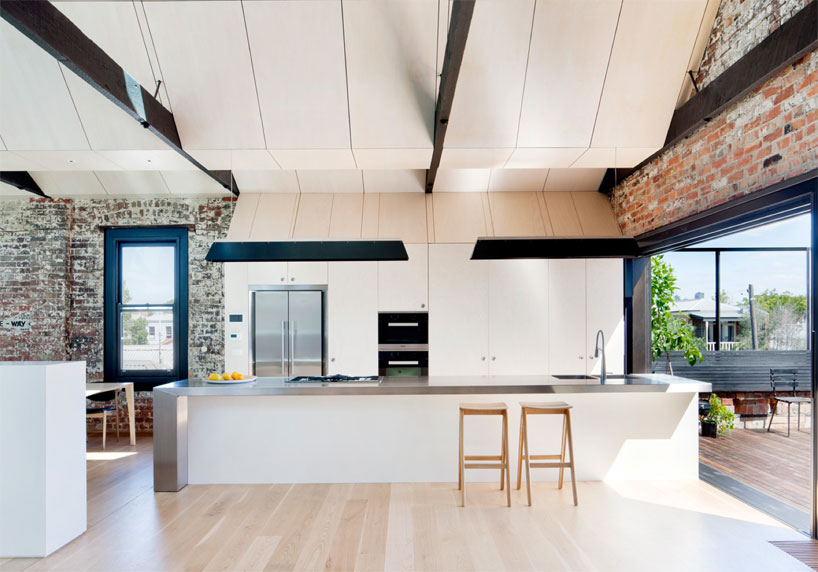 the kitchen seamlessly leads onto the private terrace area 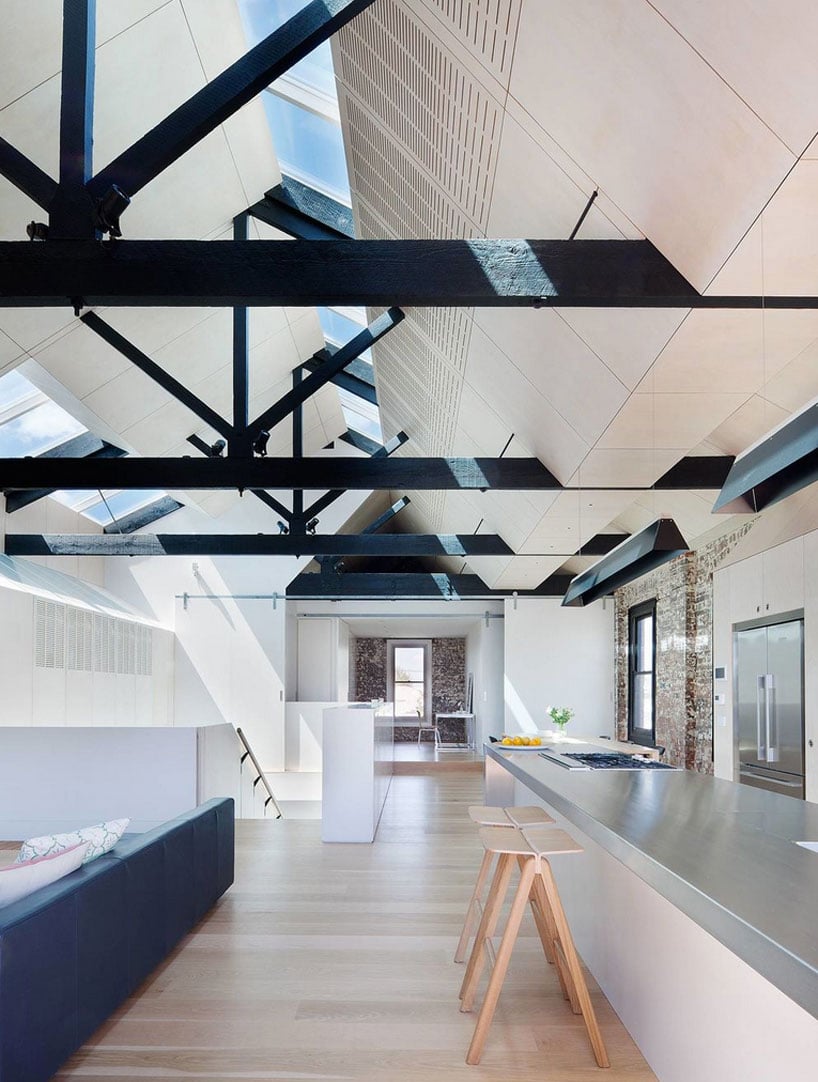 the electrical and mechanical services are contained within roof trusses 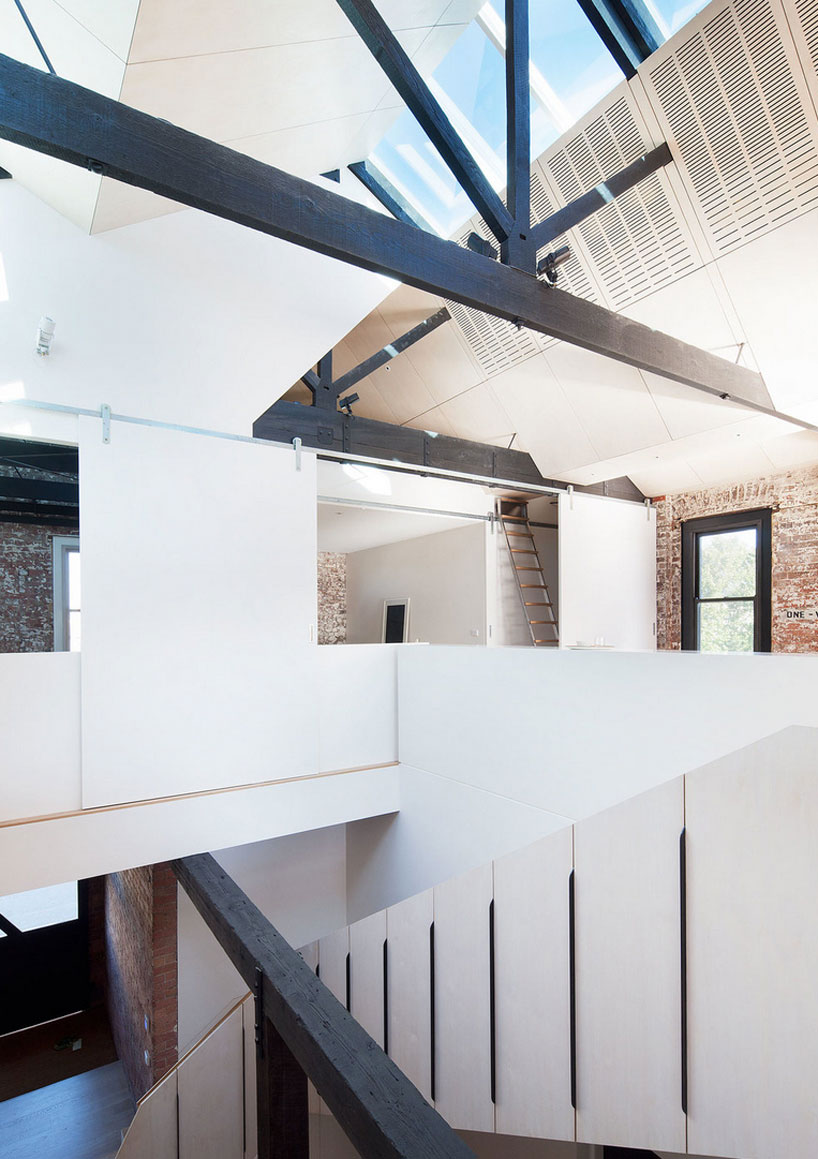 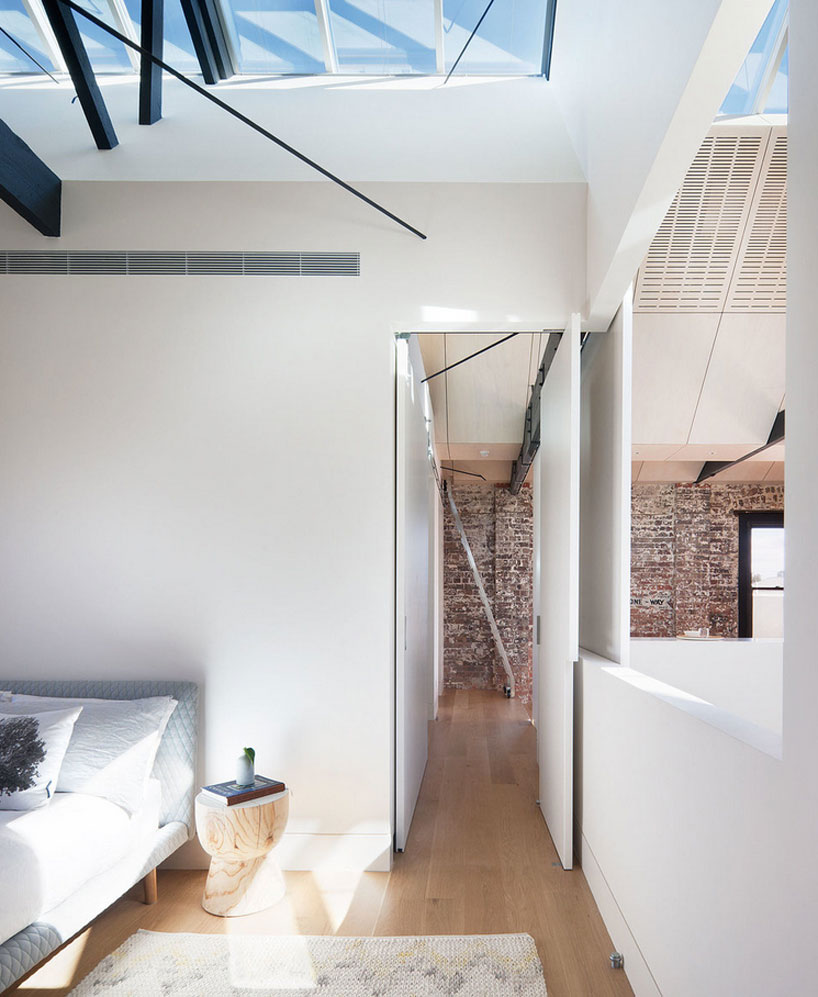 bedroom, bathroom and laundry spaces are divided by a series of operable and sliding panels 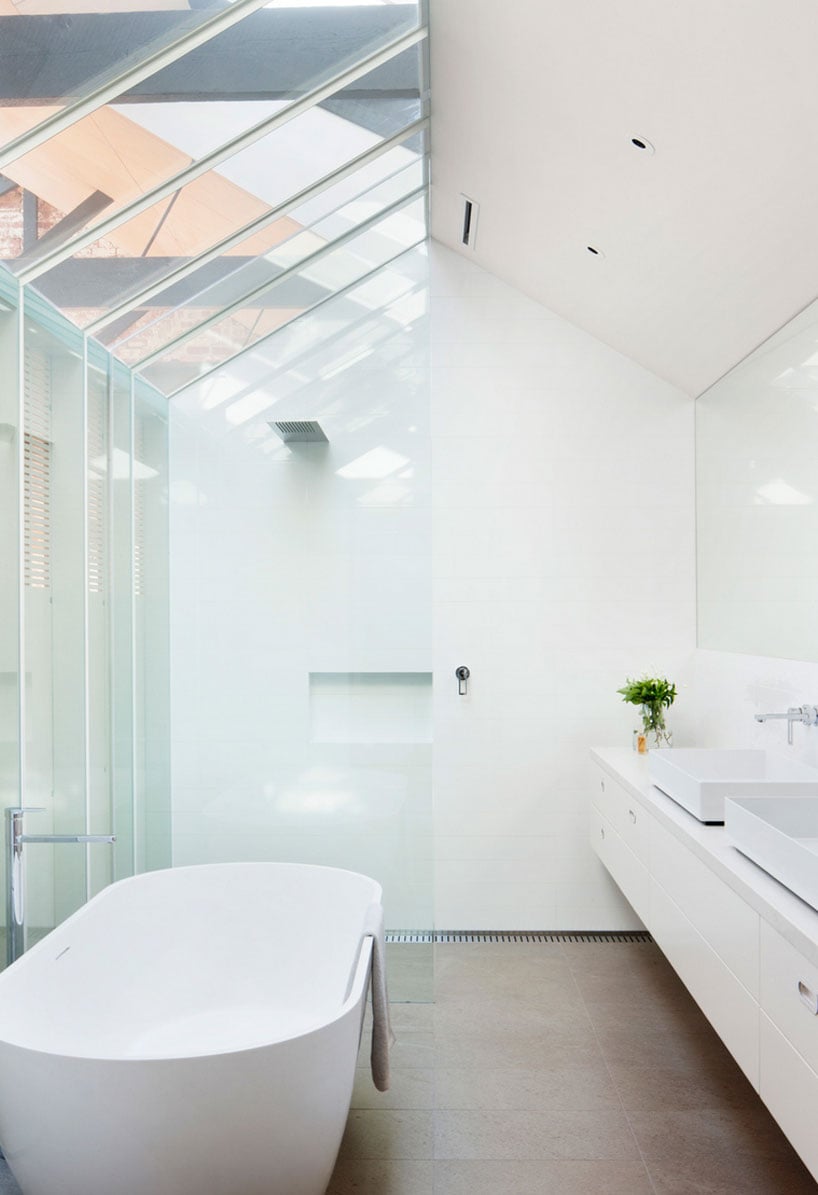