british-indian artist anish kapoor bought a $13.5M apartment at herzog and de meuron’s 56 leonard located in tribeca, new york. known for his large-scale sculptures, kapoor has designed a 2-story, 40-ton piece for the building’s lobby. as part of the jenga-like skyscraper, the apartment acquired by the artist was originally listed for $15 million. 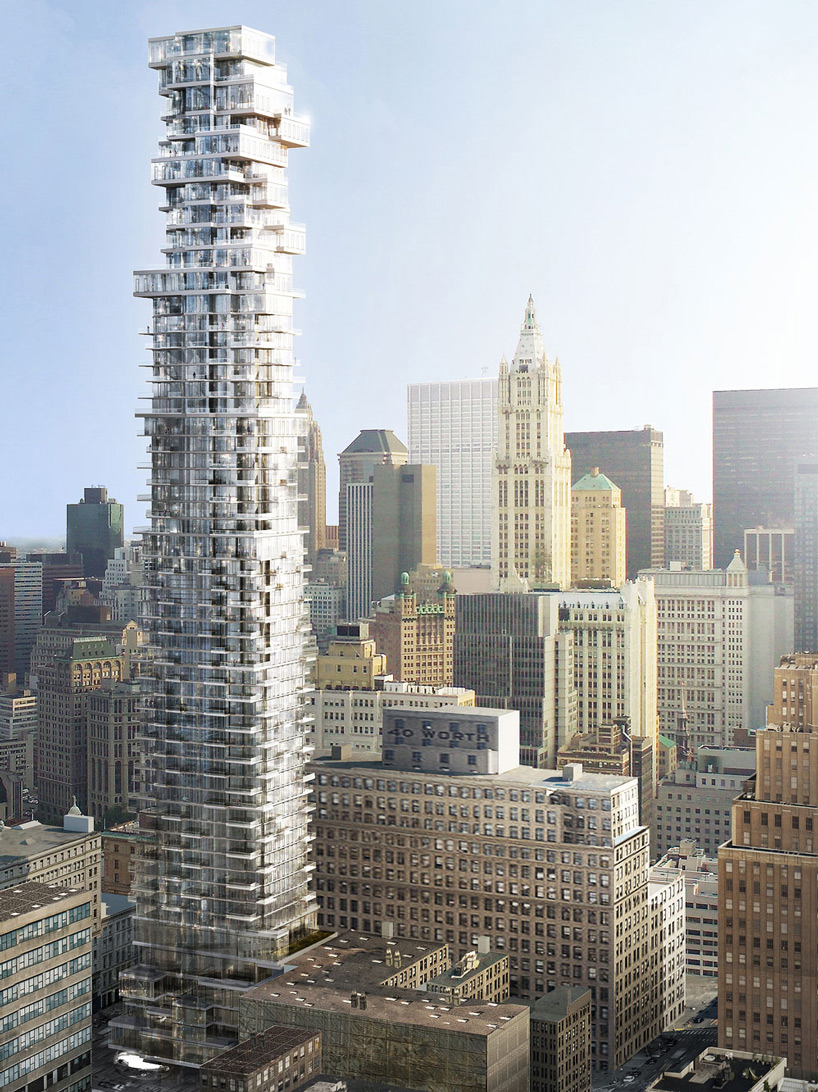 artist anish kapoor will now be able to live just on top of one of his sculptures on the 47th floor of the 60-story tower. the apartment — with a total of 325 square meters — has four bedrooms, 4.5 bathrooms and views to the north, south, east and west of the big apple through its wall-to-ceiling windows and three private balconies. although the sculpture has not been installed yet, it will be there for the first quarter of 2017. 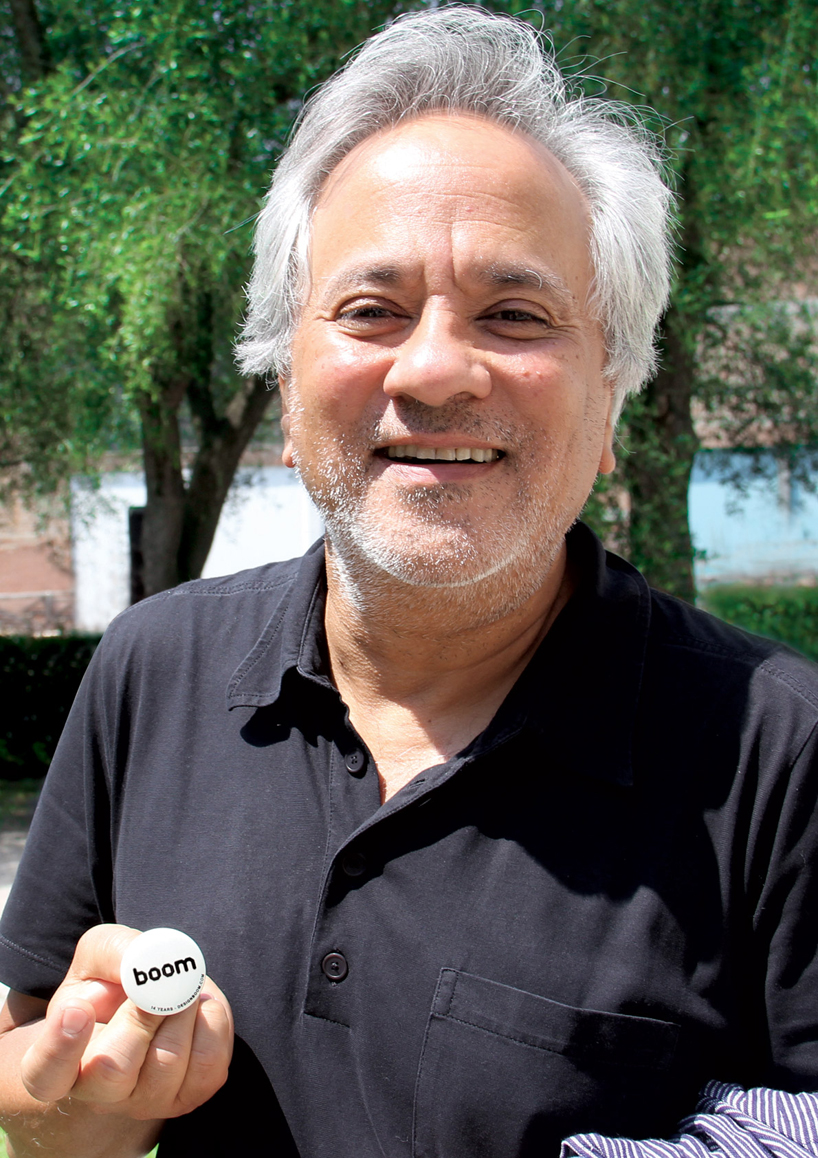 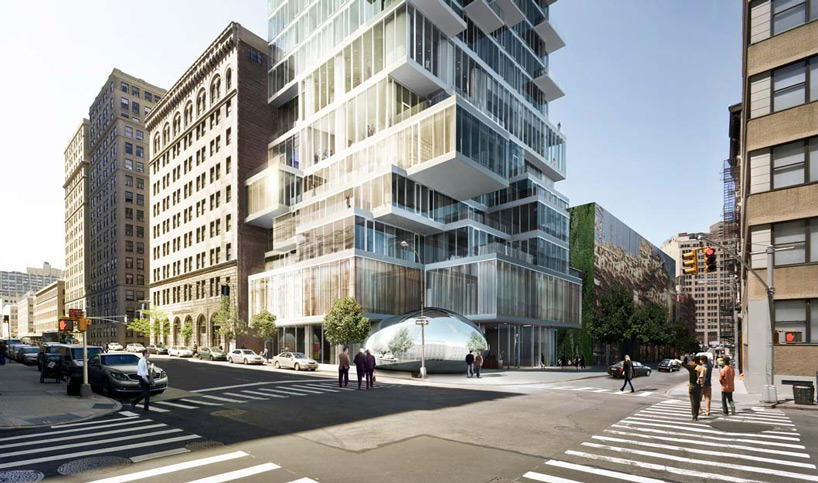 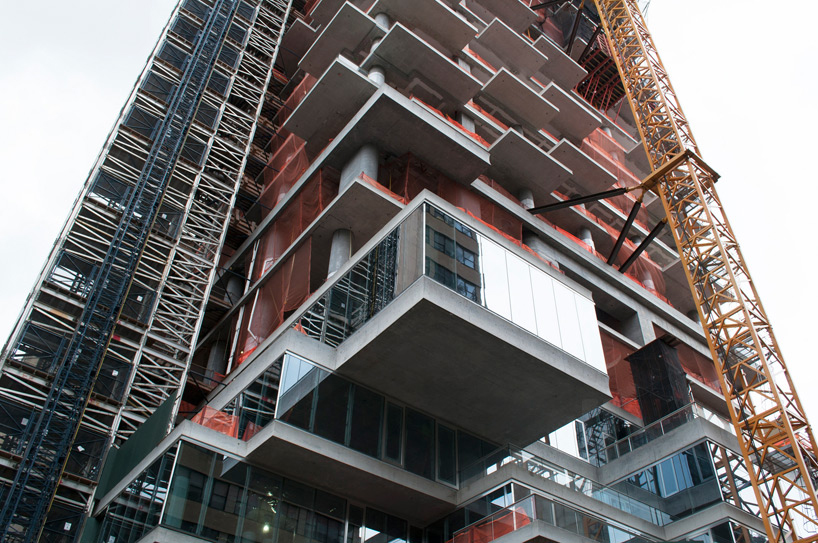 in 2014, carly dean photographed the advance in the construction
see the complete coverage on designboom here