indian born, london based artist anish kapoor‘s ‘arcelormittal orbit’ has won the competition to design london’s olympic tower for the 2012 games. it is set to become the largest work of public art in the UK. 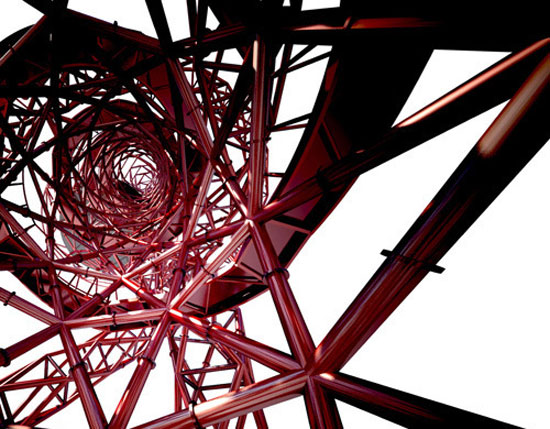 standing at almost 115m tall the deep red trumpet shaped tower will give guests a view of the london landscape. the tower, named after steel magnate and the richest man in london, lakshmi mittal, consists of almost 1,400 tonnes of steel. said to cost around 30 million USD, the project will be undertaken by kapoor and arup engineers. 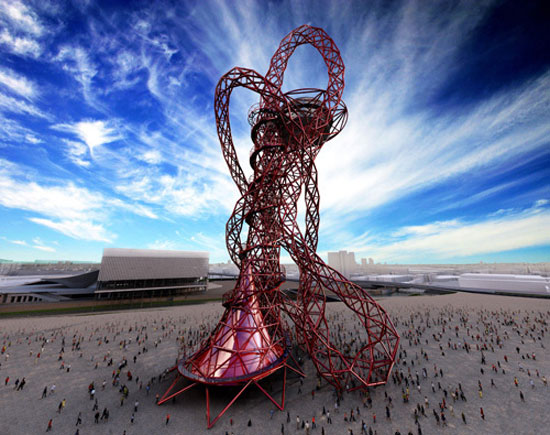 the tower of babel was apparently a reference, according to kapoor; ‘there is a kind of medieval sense to it of reaching up to the sky, building the impossible. a procession, if you like. it’s a long winding spiral: a folly that aspires to go even above the clouds and has something mythic about it.’

work is due to start on the steel sculpture in the next few weeks, which the mayor of london boris johnson hopes will become a rival to paris’ eiffel tower.