when asked to create more working space for a company that has its offices in a historical villa in germany, anna philipp of philipp architekten, decided to add a new structure and leave the heritage house untouched. the concept was to generate contrast between classic and contemporary architecture.  the development resulted in the incorporation of a mobile office-box called ‘werk1’.

the interiors of the black box workplace were thought as a sculpture, made out entirely of OSB (oriented strand boards), a very simple but genuine material. having ceiling, floors, walls, tables, and every other piece of furniture built out of the same medium is meant to result in a holistic experience that leads into creative work. 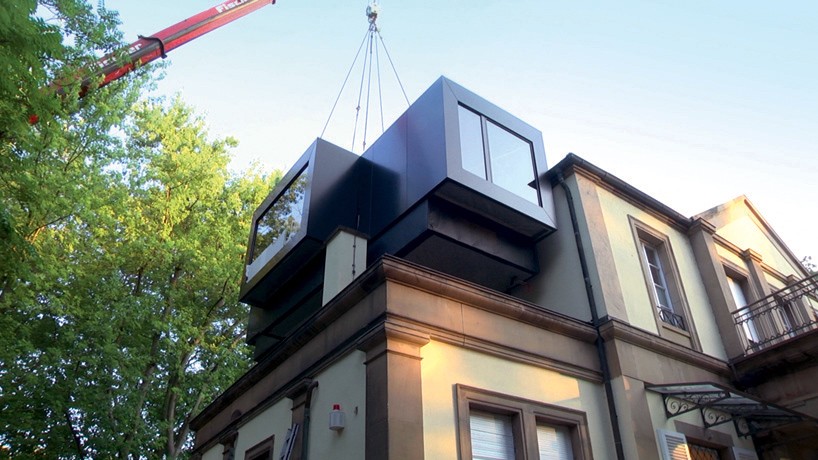 this contemporary extension to such a historic building was permitted because it is a modular addition that can be removed, or placed back again without interfering with the previous construction.  ‘werk1’ is a perfect example of how the past and the present can coexist harmoniously. 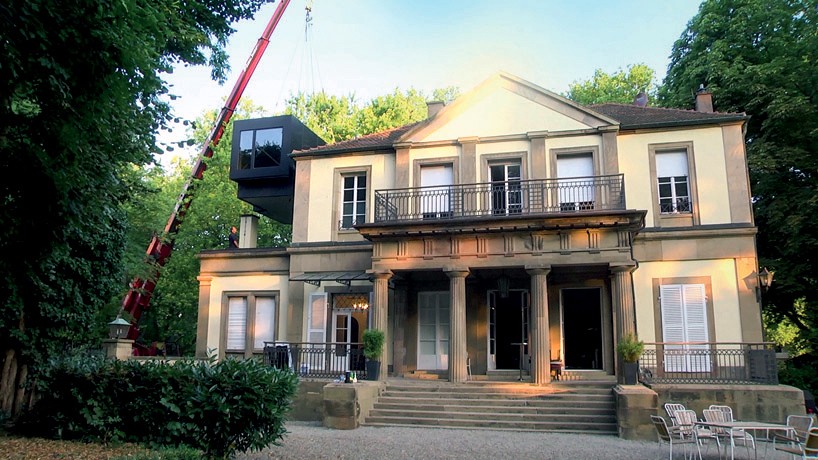 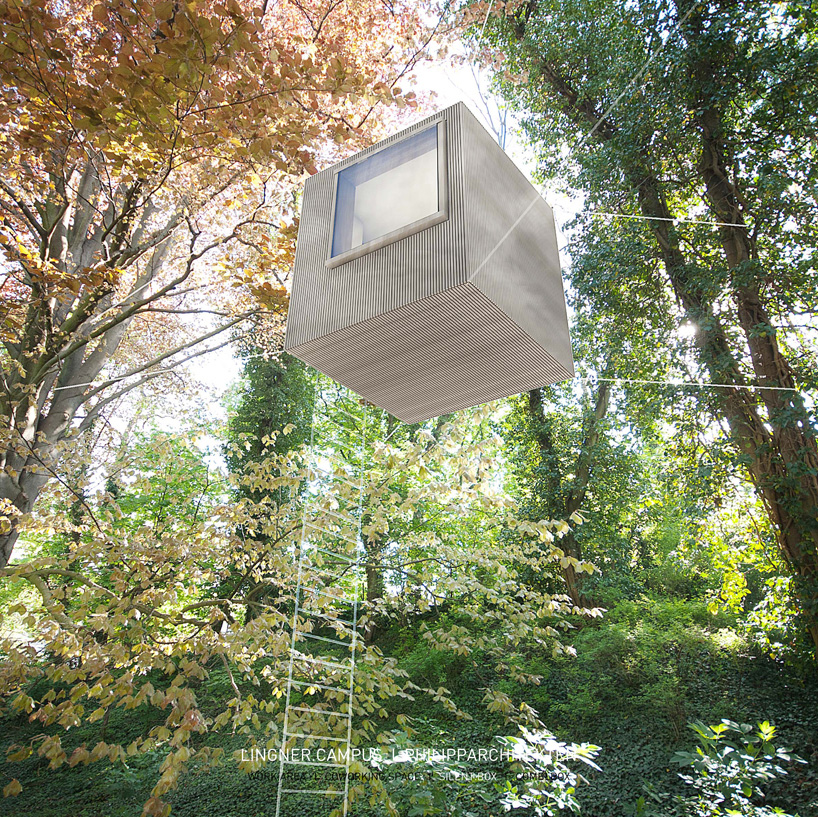 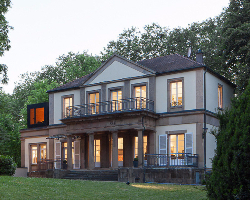 Sep 18, 2017
philipp architekten develops a mobile office as an extension to villa mertz in germany 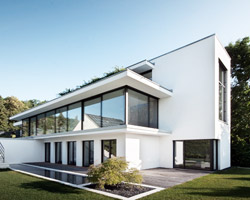 Sep 11, 2014
philipp architekten places study in white at the foot of the swabian alb 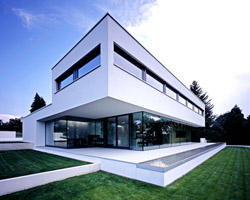 Jun 19, 2014
a villa celebrating nature and transparency by anna philipp